Accessibility links
Japanese Culture, Food Exchange With Kentucky Still Going Strong : The Salt Authentic Japanese food and culture in the heart of Kentucky? You bet. And it all began when Toyota announced plans to open its first American plant in Georgetown in 1985. 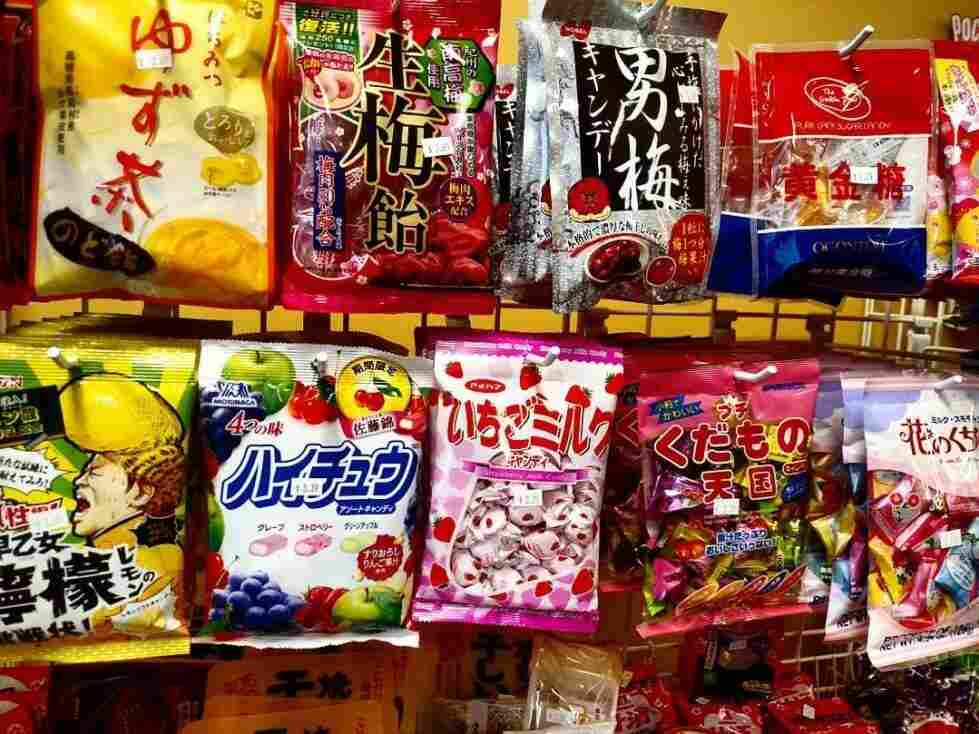 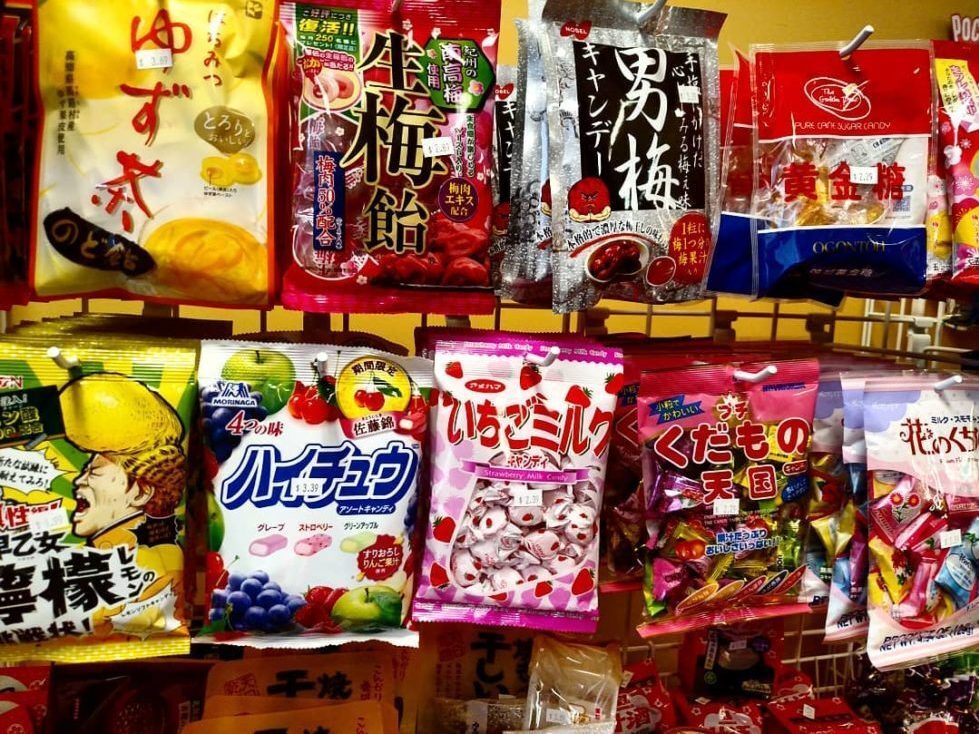 At Ayame Japanese Market, owner Akemi Eguchi surveyed the contents of one of the freezers — the one tucked behind the imported DVDs and rice cookers. She identifies red bean sweets, melon bread ("Famous with American anime kids," she notes), pickled vegetables, and daikon radish.

Spread around the store are a few more coolers stocked with dumpling skins, fresh-cut fish and meat. Then there are four short aisles packed with brightly-colored candy, hair products, curries, thin packets of instant miso soup and tea.

But this store is not in a Tokyo alley. It's tucked in a strip mall in southeast Lexington.

"People tell me it's a really small store, but you have everything organized well, a little bit of everything," Eguchi says as she sidestepped a pyramid of rice sacks by the register. "They say it's like a little version of a grocery store in Japan. I think that's a great compliment."

A small Japanese grocery store in a college town in central Kentucky isn't as out of place as you may think. Since she opened Ayame four years ago, Eguchi says her customer base has only continued to grow. And it all began because a Toyota manufacturing plant came to nearby Georgetown about 30 years ago, bringing demand for Japanese goods and food from home.

"When I first moved to Lexington 28 years ago, there wasn't a lot of choice; I got homesick for the food," Eguchi says as she began to ring up the contents of a customer's basket. "But now, not so much."

When Toyota came to Kentucky

In 1985, the chairman of the Japan-based Toyota Motor Corporation, Shoichiro Toyoda, announced that Georgetown, Kentucky, would become the location of the company's first manufacturing plant in the United States.

"When Toyota settled here, that whole economic development industry looked at whether it could be successful for a Japanese company to be in the United States, let alone in Georgetown," says David Carpenter, executive director of the Japan/America Society of Kentucky. Now, the U.S. boasts Toyota manufacturing plants in 10 U.S cities, including San Antonio, Texas; Huntsville, Ala.; and Blue Springs, Miss., to name a few.

Toyota's success in Kentucky prompted other Japanese-run businesses to move to the area in quick succession.

"When Toyota came, I think we had four or five Japanese companies and now we have 206 [Japanese] companies in Kentucky, so the population of the Japanese community exploded, more or less," Carpenter says. "And when they first landed here, and in their numbers, it was very difficult to get Japanese food."

Just as the Japanese immigrants wanted a taste of home, the new American workforce was eager to try the foods of Japan, especially after many of them visited the country as part of their training.

"So the Kentuckians that went to Japan got a taste of true Japanese food as well, and when they came home — just like anybody else — you want to share that experience with your friends and families," Carpenter says.

Restaurants from traditional to modern

Remember, this cultural exchange began long before there was sushi available at every local supermarket. And authentic restaurant food was hard to come by.

Tachibana, considered the first authentic Japanese restaurant in the area, has been open in Lexington for about 25 years. It looks like a traditional Japanese home with post-and-beam construction, although two chain motels have opened on either side.

"I think Tachibana was initially designed for the comfort for [the] Japanese that are here," Carpenter says. "And then it caught on with everyone here. For many years they had a Japanese market, too. It was really one of the first."

Since then, Japanese restaurants and markets keep popping up.

"We're still seeing that boom of Japanese restaurants following that initial economic investment in the '80s," he says.

"You know, like school of fish," says owner Tomoka Logan, explaining the restaurant's name as she walks past the sushi counter.

Logan has been in Lexington for 18 years. Born in Tokyo, she and her husband moved after he was offered a job at the Toyota plant. She vividly remembers the first time she ate at Tachibana, which was the location of her first job interview in the city.

"It was my first sushi since I moved to America," Logan says. "I remember how good the sushi was, but don't remember anything about the interview."

Several years later, she opened the first School location. Then after eight years in business, she had the opportunity to move to a more central building downtown, and brought two Japanese chefs with her.

"Since we have a large Japanese community in town, and I just wanted to share real Japanese [food] with everyone," Logan says, gesturing to two tables in the corner of the restaurant.

At one, there's a family telling jokes in Japanese, at the other, there's a couple ordering drinks in English.

It's business and it's personal

While there are many Japanese restaurants and markets in Central Kentucky now, JASK and Toyota continue to make a concerted effort to connect immigrants and visitors from Japan with food that will make them feel at home.

According to Menke from Toyota, there is a fair amount of orientation before new workers move.

"But once they do move, there is a woman who works here where that is essentially her job," Menke says, "To help foster their activities and give them the necessary orientation of the geography, different parts of the community and how they can best fit in."

JASK has something similar.

"What we provide is a real thick Japanese booklet that we produce called 'A Welcome Guide to Kentucky,' " Carpenter says. "It will tell you things like how to get a driver's license, how traffic works here — because it's totally different in Japan — but a big part is where the restaurants are, where you can get a traditional Japanese breakfast and that sort of thing."

Part of this outreach, Carpenter says, is that it's just good business sense for the state — 47 percent of all foreign investment in the state comes from Japan.

But there's an emotional aspect about the cultural and culinary exchange, too.

"The purpose of the Japan/America Society is to bridge a gap between those two cultures," Carpenter says. "Japan is one of our most important allies. My son, when he first heard the word 'ally' several years ago, he asked what that meant, and I said, 'friend.' "

Carpenter continues: "So then he asked, 'Oh, so Japan is our friend?' And I respond, 'Yeah, they are one of our very best friends.' "

And, Carpenter adds, it's always nice when you can share a meal with friends.