Accessibility links
Honeybees Help Farmers, But They Don't Help The Environment : The Salt Maybe honeybees get too much attention. They are agricultural animals, like sheep or cattle, and they sometimes make life harder for wild bees. In fact, the bees in true peril are the wild ones. 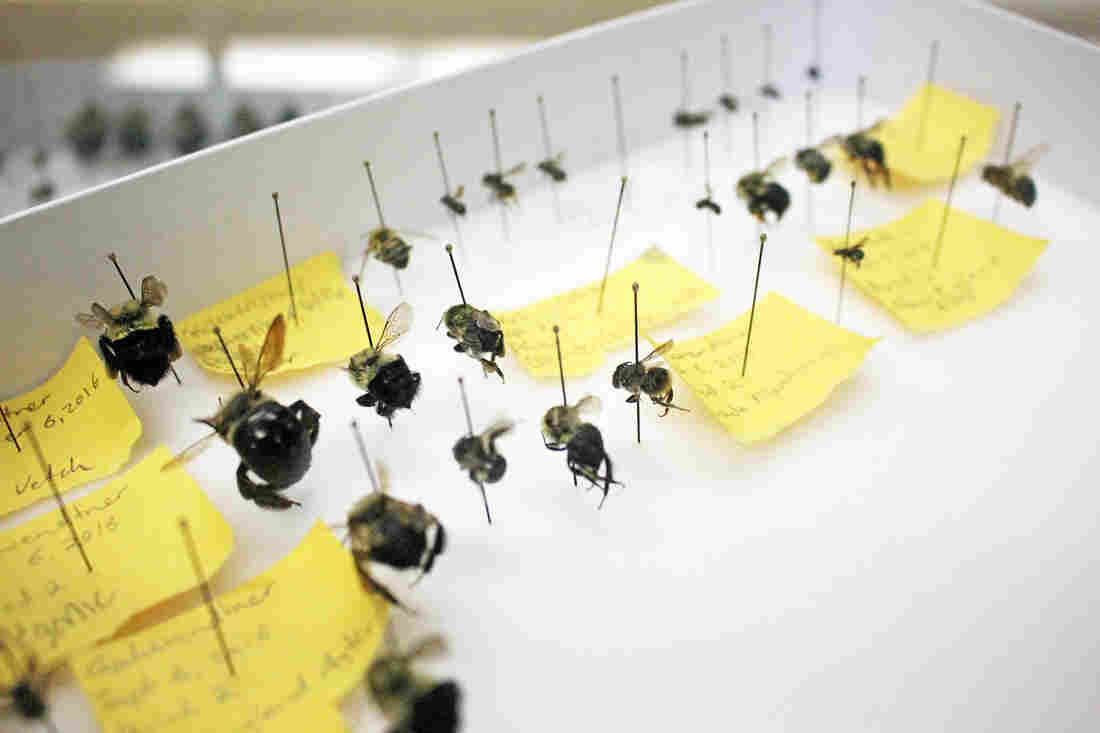 Nigel Raine keeps a collection of wild bees in his laboratory at the University of Guelph, in Canada. Farmed honeybees can compete with wild bees for food, making it harder for wild species to survive. Dan Charles/NPR hide caption 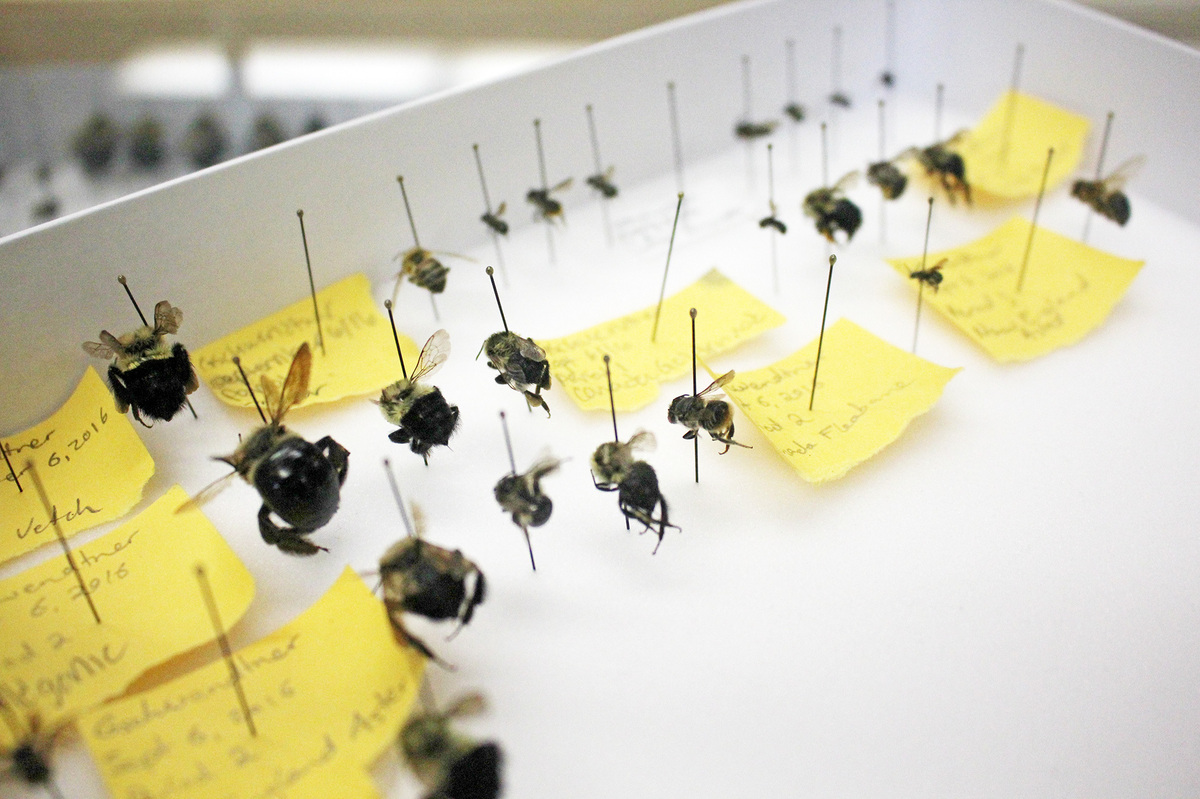 Nigel Raine keeps a collection of wild bees in his laboratory at the University of Guelph, in Canada. Farmed honeybees can compete with wild bees for food, making it harder for wild species to survive.

Honeybees are amazing and adorable, and they suffer when people spray pesticides or mow down wildflowers. We've heard plenty in recent years about collapsing bee colonies.

So Jonas Geldmann, at the University of Cambridge, says he understands how the honeybee became a symbol of environmental conservation.

"Lots of conservation organizations are promoting local honey, and even promoting sponsorships of honeybees and that kind of stuff, and that increasingly annoyed me," he says.

It annoyed him because the honeybee is perhaps the one type of bee that we should worry about the least. Honeybee hives aren't natural, and they don't help the environment. In fact, they may harm it.

There are thousands of bee species. Almost all of them live in the wild, hiding away in the ground or in odd cavities, like hollow plant stems. They play a vital role in the ecosystem, pollinating flowering plants. Many are in peril; some species have disappeared.

Researcher Nigel Raine has a whole array of wild bees impaled on pins in his laboratory at the University of Guelph, in Canada. Many are tiny. Raine says that gardeners often assume they're flies. "If you sit down and say, 'No, that's a small, solitary bee; that's a metallic green one' — when you show them a metallic green bee in their yard, they say, 'Wow! That's amazing!' "

And then there's the honeybee: originally imported from Europe, raised and managed by beekeepers in order to make honey or to pollinate crops like almonds. It's an agricultural animal, in the same way that sheep and cattle are.

When flowers are abundant, there is plenty of pollen for both honeybees and their wild cousins. But in many landscapes, or when an orchard stops blooming, farmed honeybees can compete with wild bees for food, making it harder for wild species to survive.

Basically, a healthy environment needs bees — but not honeybees, Geldmann says. This week, he published a commentary in the journal Science trying to spread the word to a wider audience. "The way we're managing honeybees, in these hives, has nothing to do with nature conservation," he says.

Scientists who study bees already understand this. But they struggle with how to talk to the public about it.

"We're on a learning curve, all of us," says Marla Spivak, at the University of Minnesota, one of the country's most prominent bee researchers. "It's like honeybees were the portal — the door to much larger issues, conservation issues in general."

Concern for honeybees helped more people understand why it's important to have more land covered with wildflowers and trees — and free from pesticides, Spivak says. Such a landscape is good for both honeybees and wild bees.

"My preference is not to pit one bee against another," Spivak says. "I would prefer to live on a planet where there are bountiful flowers to support all of our bees."

But the bee that needs our help the most may be that tiny green bee in your garden and not the honeybee.