Accessibility links
How Did Salt And Pepper Become The Soulmates Of Western Cuisine? : The Salt The two flavors are mainstays on nearly every Western dining table, but their dominance was far from inevitable. In fact, their dual reign resulted from a "weird accident of history." 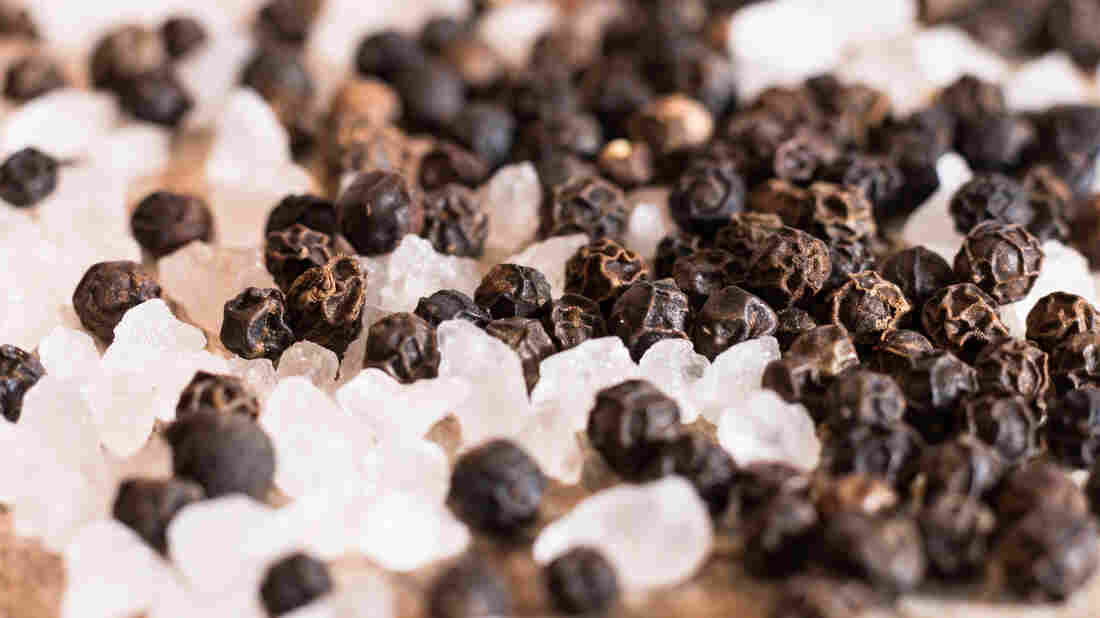 In European cooking, salt reigned supreme, and pepper was one of many spices used in heavily seasoned dishes. When they met, they were destined to be. Or, rather, it was destined that they would meet. Theo Crazzolara/Flickr hide caption 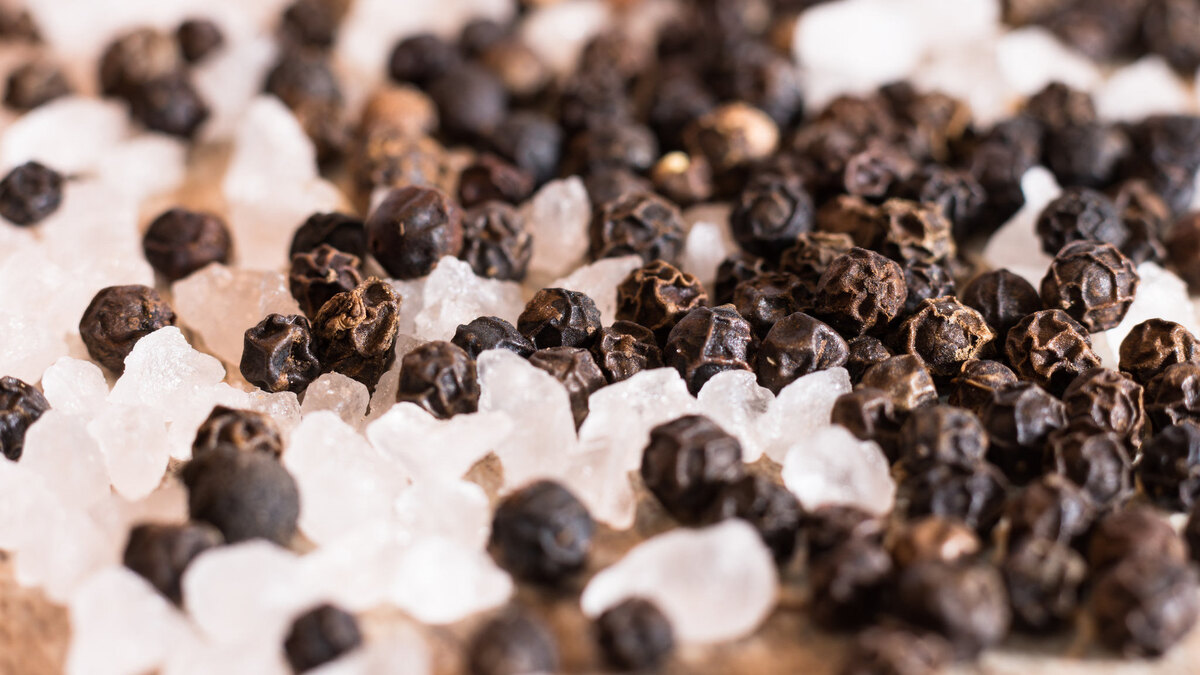 In European cooking, salt reigned supreme, and pepper was one of many spices used in heavily seasoned dishes. When they met, they were destined to be. Or, rather, it was destined that they would meet.

Salt and pepper shakers are so omnipresent on tabletops that adding a dash of the white or black stuff (or both!) is almost a dining rite. The seasonings pair well with just about everything and they go together like — well, salt and pepper.

But these two culinary staples have not always occupied such a place of prominence. "It's a weird accident of history," says Ken Albala, a professor of history and founder of the Food Studies Program at the University of the Pacific. In Europe during the Late Middle Ages, "Pepper was never on the table, nor was any other spice, for that matter. Usually spices would be added in the kitchen with a very heavy hand until the 17th century."

Salt was on the table, but not in a shaker. Instead, salt was often presented in saltcellars, or in Italian courtly settings, at the end of a knife offered by a trinciante, or meat carver. According to Albala, the trinciante would carve the meat in the air, allowing each slice to fall delicately to the person being served. The trinciante would then dip the end of the knife in salt and scrape it onto the diner's plate. (If this sounds complicated, it was; there were entire books dedicated to the art of carving, and noblemen were often the carvers.)

In fact, salt has occupied a place of culinary dominance across cultures. "We like the taste of salt innately because salt is a signal of protein in nature," says Rachel Herz, an adjunct assistant professor of psychiatry and human behavior at Brown University and author of Why You Eat What You Eat. What's more, humans need salt to regulate fluid balance and help nerves and muscles function. Salt also helped preserve food before refrigeration. And, Herz says, studies have shown that the more salt people eat, the more they crave it.

So salt had a foothold in cooking, and pepper was one of many spices used in heavily seasoned dishes. But after the Middle Ages, the use of most spices decreased. The decline likely had multiple causes. As spices got more affordable, they grew less associated with wealth and featured less in European courtly cooking. At the same time, the view that spices were necessary for specific healthful properties declined.

According to Albala, increasingly influential French haute cuisine relegated most spices to dessert, but salty and spicy flavors were not incorporated into the final course. Because they did not fit in dessert, salt and pepper remained flavors in savory dishes. Salt shakers, Albala surmises, probably became common in the early 20th century, when producers figured out how to keep salt from clumping.

Tabletop seasonings may do more than flavor food, according to Krishnendu Ray, an associate professor of food studies at New York University. Unlike today — when many people have personalized diets for nutritional, ethical or preferential reasons — "in most traditional cuisines, individual exceptions were rare. Most people ate what people around them ate. Seasonings allowed room for idiosyncrasies and personal preferences."

Seasonings can also serve as bridges between different types of cuisine. Ray, for example, grew up in a small town in Odisha, a state in eastern India. On special occasions, his family would go to one of two Chinese restaurants, and both featured a tabletop condiment of green chiles in vinegar.

"It's very Indian to have green chiles," says Ray. "But vinegar isn't that common in Indian food, other than being used in some marinades." The sauce was so central to his conception of Chinese food, that he was "shocked" when he came to the West and learned the condiment was not a staple in Chinese food everywhere. In retrospect, he views the condiment as building a bridge between Indian and Chinese cuisines.

As Ray's story demonstrates, salt and pepper may rule supreme among seasonings in European dishes, but many culinary traditions have produced plenty of tabletop alternatives. Ray asked for examples on the Association for the Study of Food and Society's Facebook page and received 36 responses within two hours. Among the examples: fish sauce and crushed red peppers in Thailand and Laos; lime, salsa, and chopped onion and cilantro in Mexico; and chile-based awaze paste in Ethiopia.

Today's chefs could even incorporate some tips from the Middle Ages and Renaissance, according to Albala, who has cooked a number of recipes from the past. Many old recipes do not say exactly how much seasoning to add; one 16th century French cookbook simply advises "a great deal of sugar." The recipes can probably take up to a tablespoon of seasoning.

"Some people assume they couldn't have put so much seasoning on, because it wouldn't taste good. I say nonsense!" Albala declares. "Sprinkle cinnamon and sugar on top of chicken or pasta, and it is so good."

Natalie Jacewicz is a science writer based in New York City. You can find more of her work here. Gnawing Questions is a semi-regular column answering the food mysteries puzzling us and our readers. Got a question you want us to explore? Let us know via our contact form.