Accessibility links
To Boost Off-Peak Hours Dining, London Restaurant Tries Dynamic Pricing : The Salt Bob Bob Ricard, the luxury London restaurant, is one of the first to try cutting 25 percent off menu prices during off-peak times to attract more budget-minded customers. And it seems to be working. 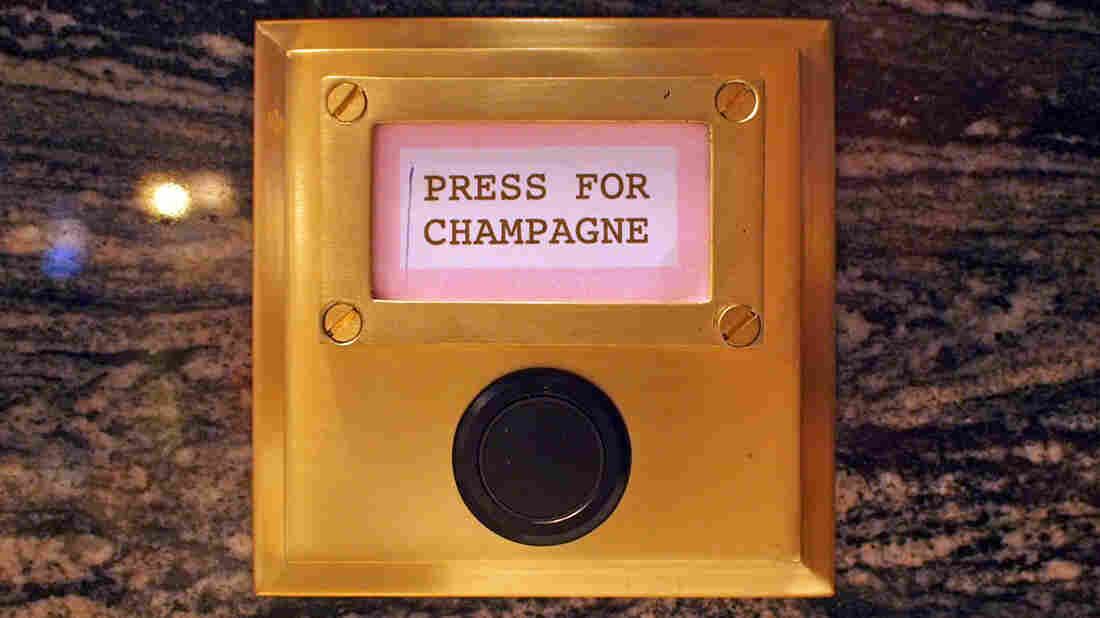 Bob Bob Ricard, the high-end London restaurant where every table has a Champagne call button, hasn't seen much change in the checks since it has been offering discounts during off-peak hours. Nikki Tysoe/Flickr Creative Commons hide caption 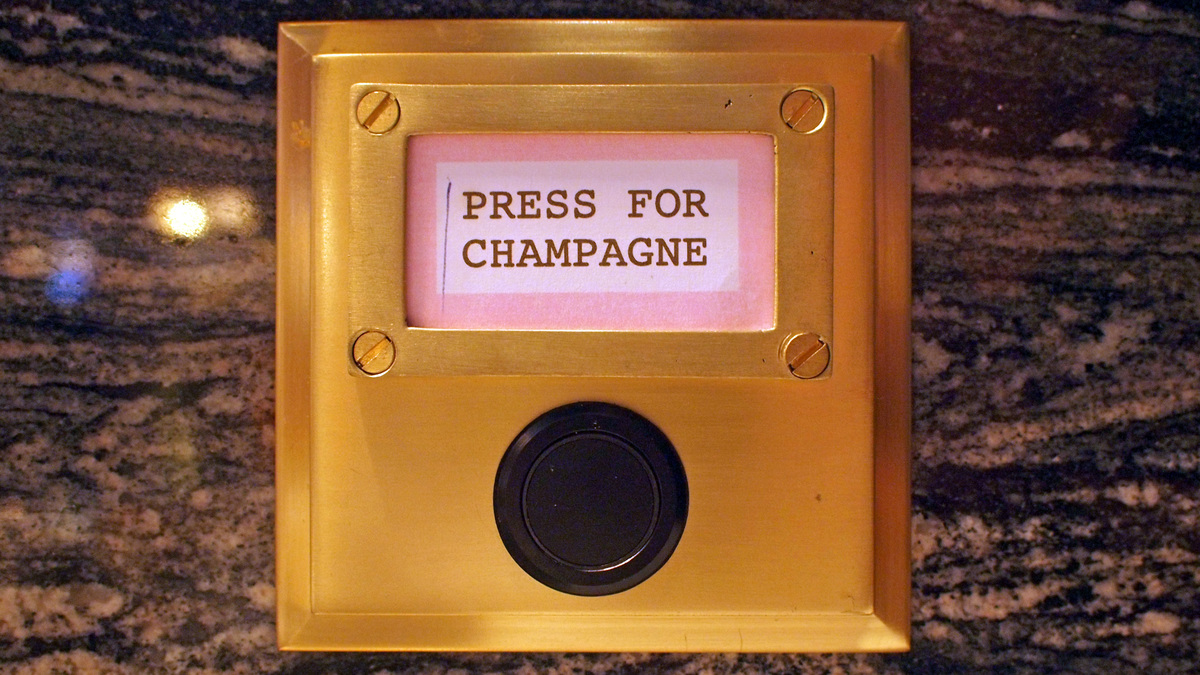 Bob Bob Ricard, the high-end London restaurant where every table has a Champagne call button, hasn't seen much change in the checks since it has been offering discounts during off-peak hours.

If you've ever tried to catch an Uber on a rainy day during rush hour or after the ball drops on New Year's Eve, you're familiar with dynamic pricing. That's when the price of a ride costs more or less depending on the demand for drivers.

The pricing strategy has long been used by other sectors of the travel industry, such as airlines and hotels, to balance supply and demand, and last month, a luxury restaurant in London rolled out a similar model.

Bob Bob Ricard, the high-end Soho restaurant where every table has a Champagne call button, is now charging 25 percent less for its à la carte menu during "off-peak" times and 15 percent less during "mid-peak" times. Menu prices will remain the same at more popular dining times, such as Wednesday through Sunday dinner, when the average meal for two costs about $139.

Grocery Prices Have Been Falling. Did You Notice?

The restaurant made the change to attract customers who don't often eat at luxury restaurants because the prices are too high, says Leonid Shutov, owner and founder of Bob Bob Ricard.

The strategy is working. The number of customers has nearly doubled during the quietest times, Shutov says.

"When they come in on off-peak days, they're not necessarily looking to spend less. They're looking to get more for the full budget," he says. "So our average checks have not changed in any meaningful way on those days because the customers are rewarding themselves with more special things — with a bit of caviar, with a little bit more Champagne than they may have had otherwise."

On a Monday night, customers can get a serving of Russian Oscietra caviar for about $50 compared to the regular price of about $68. But unlike the "surge" pricing models of Uber and other services, Bob Bob Ricard's prices won't jump during the busiest times, although alcohol will remain the same price no matter what time you dine.

Other restaurants are keeping a close eye on Bob Bob Ricard and may consider similar pricing models.

"We have talked about this a lot of times over the past 20 years, thinking why aren't we like airlines or hotels?" Des Gunewardena, chairman and chief executive of D&D London, which owns nearly 40 restaurants worldwide, told Bloomberg. "We've never done it because we have worried our customers might think it is a bit gimmicky."

Shutov says if other restaurants embrace dynamic pricing, it could represent a shift for the industry.

"In high-end restaurants and luxury restaurants, nobody wants to be doing the brave thing," he says. "We all prefer to follow things that have become an industry norm."