Accessibility links
'Semla Man': The Pastry-Eating Superhero Sweden Needs On Fat Tuesday : The Salt The Swedes are fiercely devoted to almond paste- and whipped cream-filled semla. (One king died after gorging on them.) And the day before Lent is game time for feasting before the fast. 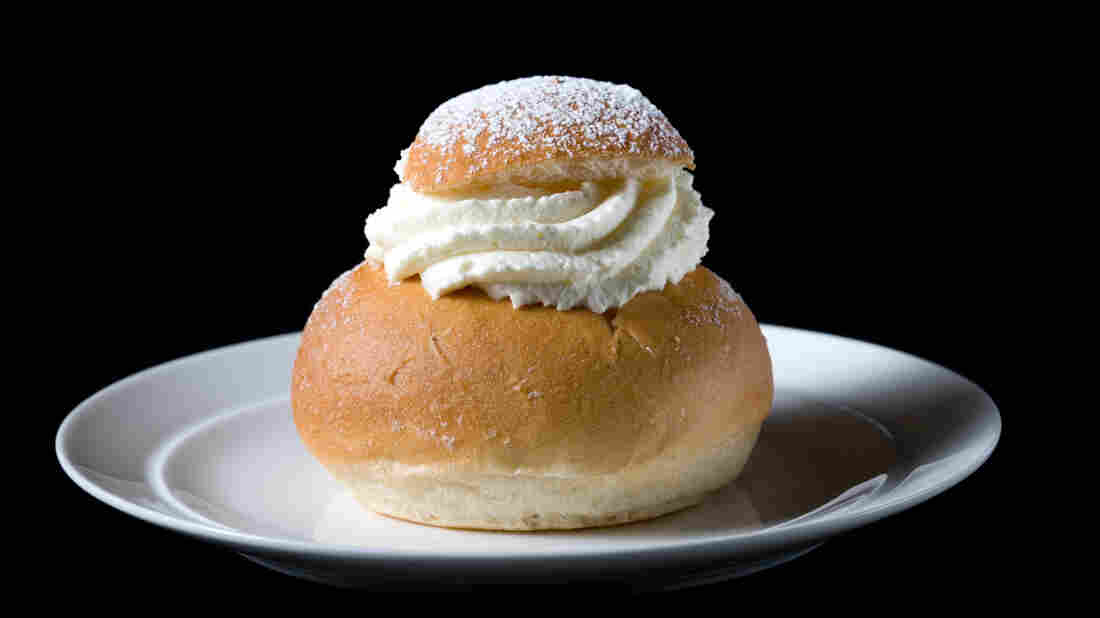 While much of the world gorges on pancakes for Fat Tuesday, the semla is the go-to delicacy of the North, traditionally devoured just before Lent. It takes various forms (and names) throughout Scandinavia. AYImages/Getty Images hide caption 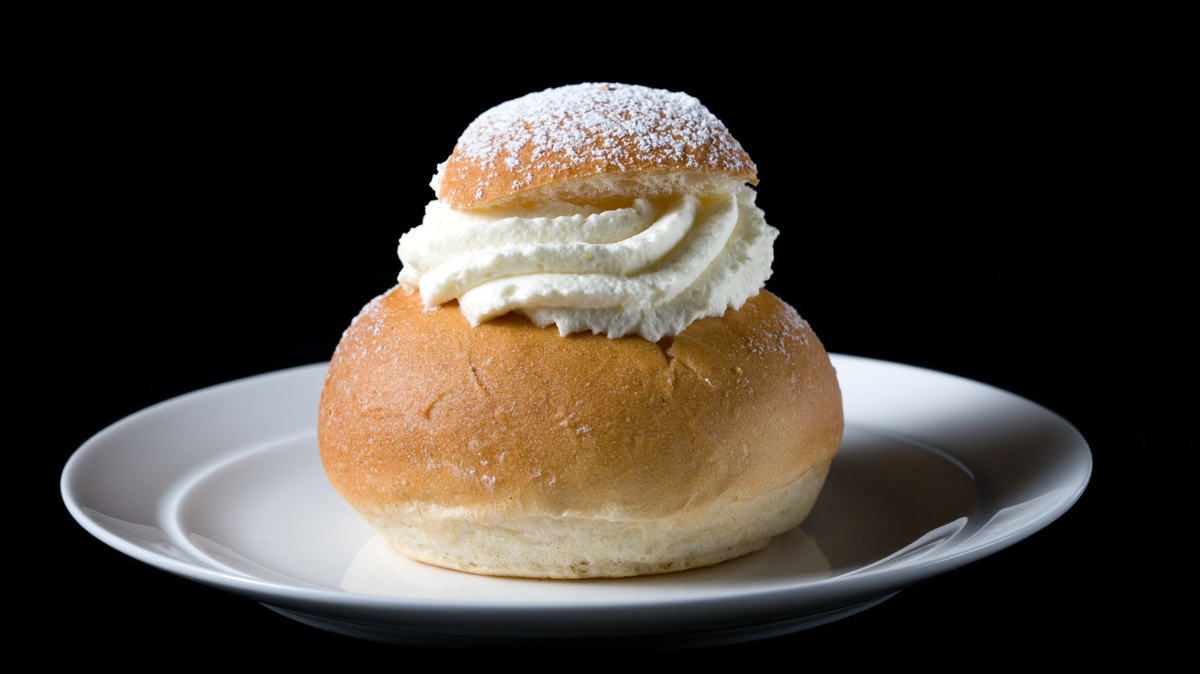 While much of the world gorges on pancakes for Fat Tuesday, the semla is the go-to delicacy of the North, traditionally devoured just before Lent. It takes various forms (and names) throughout Scandinavia.

As superhero origin stories go, this one is pretty low-key. No radioactivity. No other planets. Just a Swede, his love of pastry, and a noble quest for accuracy. It's a bun, it's some cream, it's ... Semla Man!

While much of the world gorges on pancakes today, the semla is the go-to delicacy of the North, traditionally devoured just before the period of culinary hardship otherwise known as Lent. It takes various forms (and names) throughout Scandinavia, but the Swedish version is particularly decadent: a cardamom-flavored bun, filled with almond paste and whipped cream, sometimes served in a bowl of warm milk.

The Swedes are fiercely devoted to the semla (one of their kings, taking the "fat" part of Fat Tuesday very seriously, died shortly after eating 14 of them ... and a lot of other stuff) and it's common for newspapers to run "best of" taste panels in the weeks leading up to the holiday. But Semla Man (semmelmannen), a Stockholm-based blogger who remains adamantly undercover, wasn't having it.

"It always irritated me because they usually only tested from five different bakeries or something, and basically the same ones year after year," he says. "And the people in the panels: Why do they have this authority? Who are they to tell me which one was best?"

And so, with a determination born of love and exactitude, Semla Man set out to eat (and write) his way through Stockholm, one bakery at a time. (It's why he insists on anonymity — to protect his credibility as a critic.)

From 2011 to 2013 he roamed the city from February 1 until Fat Tuesday (a span ranging from a few weeks to more than a month), issuing daily decrees both qualitative ("a complete almond explosion ignites the synapses") and quantitative (five points each for appearance, lid, bun, almond paste and cream).

In 2014 a day job carried our superhero out of Sweden and into the wilds of Europe. Lucky for you, this difficult time resulted in the carefully adjusted recipe below — a recipe that sustained Semla Man through several years in the dessert desert.

Most would consider it "traditional." And yet, the semla has undergone so many tweaks over time that this exact tradition may not go back all that far.

According to Lunds University food ethnologist Håkan Jönsson, at the time of King Adolf Frederick's grand pig-out in 1771, the semla would have been a simple wheat bun, eaten with milk before the Lenten fast. Despite the fact that this was some 200 years after the Reformation had made Sweden a Protestant country, Jönsson says the Lenten period of fasting continued as much out of necessity as religious belief.

"This was during the period of the year when we didn't have much food in Sweden," he says. "This was when most Swedes have been starving to death; from February to April, when the new year's crops started to grow."

It wasn't until the 19th century that the fasting tradition was more or less abandoned, and semla consumption began to start earlier and end later (these days you can find semla from New Year's through the first weeks of Lent). Almond paste and whipped cream first came into play in the 1930s.

Despite these changes, Jönsson sees the Swedish obsession with semla as an attempt to hold on to a seasonal ritual even as others have fallen away — and as a way to get through the dark Swedish winter.

"The semla comes during the period where basically nothing else joyful happens," he says. Yikes.

All the emotion tied up in this little bun may then help to explain some of the outraged reactions to a few recent, playful iterations such as the semla hot dog, semla wrap and semla nacho plate.

It's Russian Mardi Gras: Time For Pancakes, Butter And Fistfights

"In the end, tradition always wins," says Semla Man, who is now back in Stockholm and blogging again. For him (and many other Swedes, apparently) subtle differentiation and slow evolution will always be enough. "I guess I'm just boring that way."

Makes about 15 large or 25 small buns

1 tsp crushed cardamom or the grated peel of 1 orange