Accessibility links
Food Explorer Brought Hundreds Of Immigrant Plants To America : The Salt In the early 20th century, botanist David Fairchild traveled the world and brought plants back to the U.S. that we now see as thoroughly American. NPR talks with the author of a book on Fairchild. 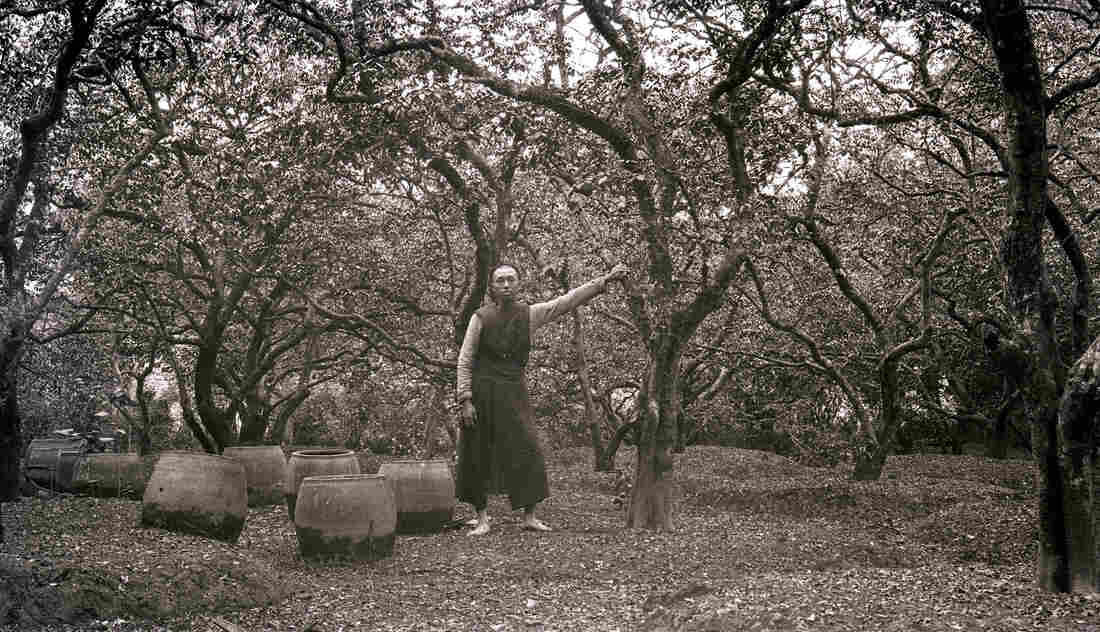 Cherry blossom trees, known as sakura, flourished in Japan. Fairchild imported several dozen trees for his own property in Chevy Chase, Md., and after seeing how much people liked them, he helped negotiate a larger shipment of trees to be planted around the Tidal Basin near the Washington Monument. David Fairchild/Fairchild Tropical Botanical Garden hide caption 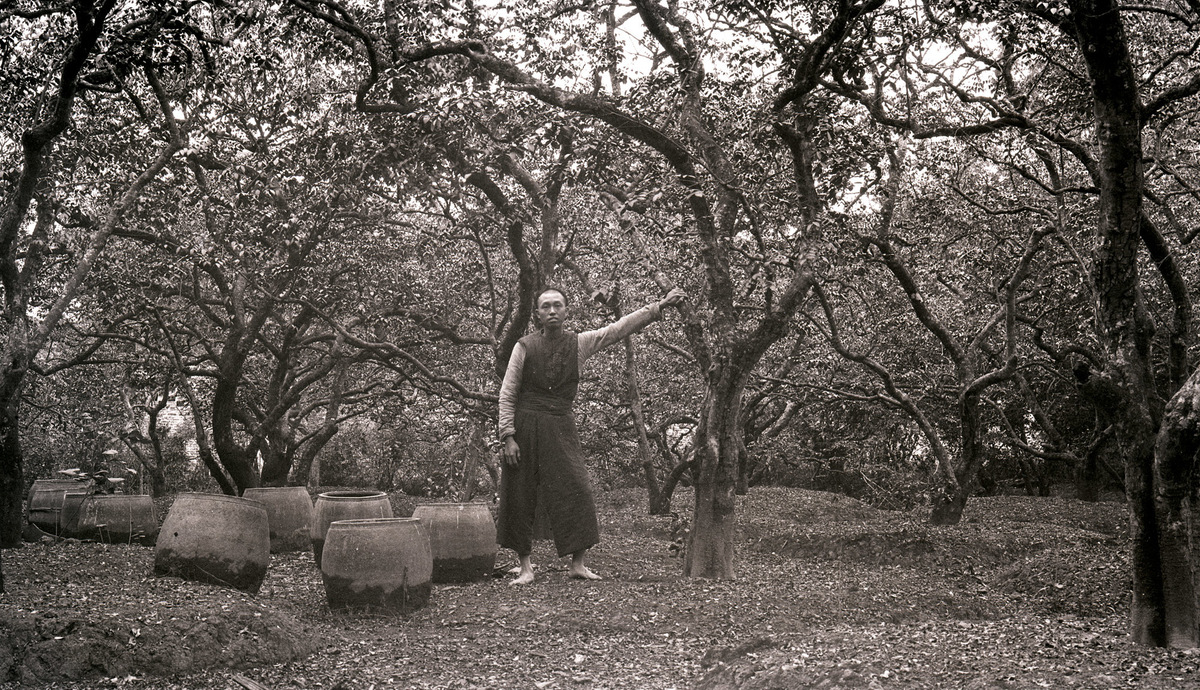 Cherry blossom trees, known as sakura, flourished in Japan. Fairchild imported several dozen trees for his own property in Chevy Chase, Md., and after seeing how much people liked them, he helped negotiate a larger shipment of trees to be planted around the Tidal Basin near the Washington Monument.

Botanist David Fairchild grew up in Kansas at the end of the 19th century. He loved plants, and he loved travel, and he found a way to combine both into a job for the U.S. Department of Agriculture. 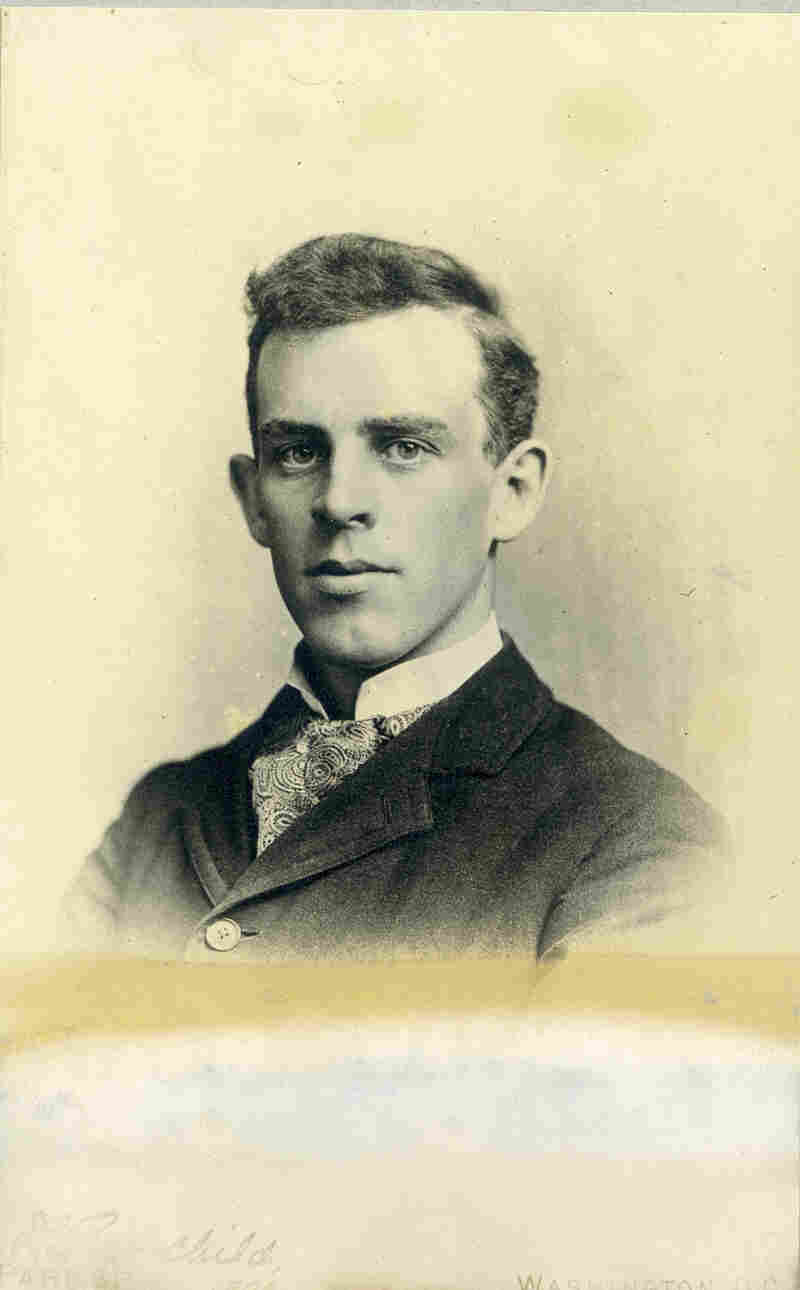 At the age of 22, he created the Section of Foreign Seed and Plant Introduction of the USDA, and for the next 37 years, he traveled the world in search of useful plants to bring back to America. He visited every continent except Antarctica and brought back mangos, quinoa, dates, cotton, soybeans, bamboo and the flowering Japanese cherry trees that blossom all over Washington D.C. each spring, as well as hundreds of other plants.

All Things Considered host Ari Shapiro talked with Daniel Stone, author of The Food Explorer: The True Adventures Of A Globe-Trotting Botanist Who Transformed What America Eats, which recounts Fairchild's sometimes harrowing adventures acquiring the familiar foods we eat and plants we take for granted today.

This was very rare. This was an era where people did not travel very far and travel was very difficult. It was often by boat or steamer.

Yet Fairchild traveled to over 50 countries, and met all sorts of people, some hostile, some diplomatic, and some friendly. He outran diseases, he got arrested, and he made it back with seeds almost every time.

He caught typhoid at one point, he gets arrows shot at him in the Malay Islands, he almost falls off a mule over a canyon in the Andes while he's looking for quinoa — but he survives. 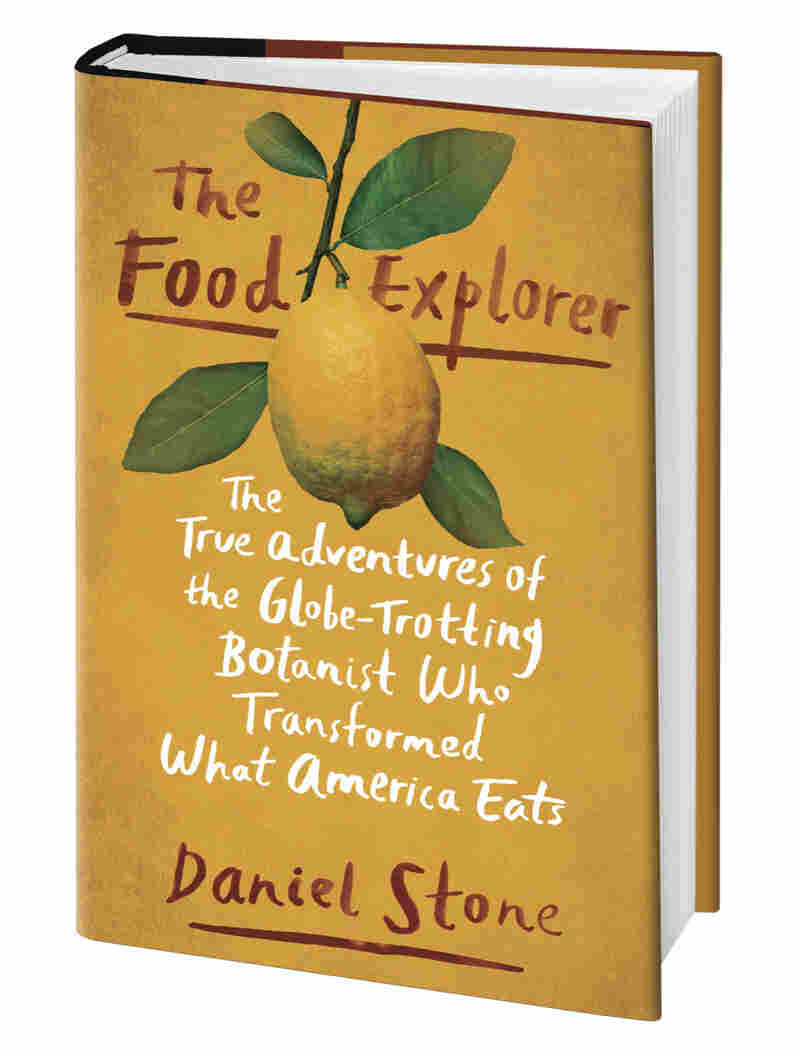 On Fairchild's tactics for finding plants

He started out as many of us do in new jobs — awkward and unequipped.

The Sweet Success Of Bananas Foster Has An Unsavory Past

He could steal things, as he did in Corsica, searching for new types of citron, or lemons. He got arrested and had to leave very quickly.

But he eventually develops a strategy of talking with people, going to markets, observing what people are eating and what they're growing. And he sends back seeds and cuttings to try in America.

On how Fairchild was sure he'd discovered the next big thing 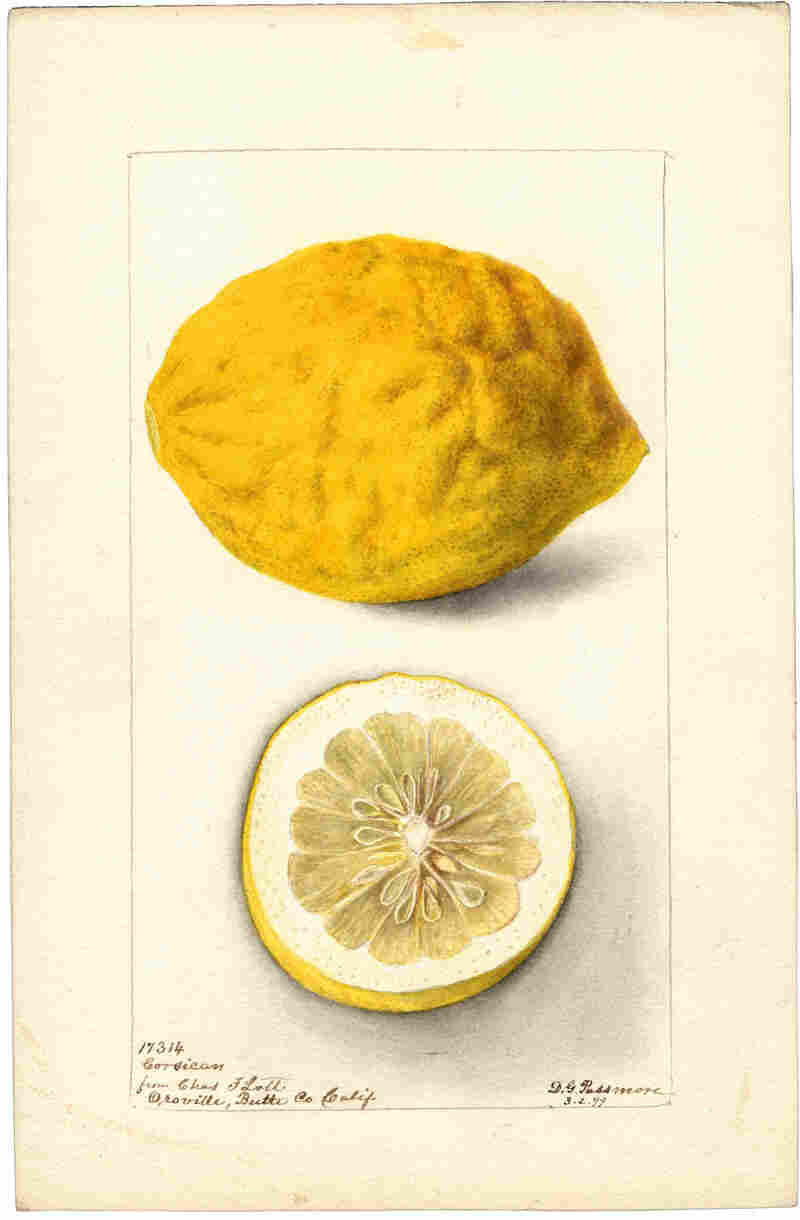 In 1903 he travels around southern Africa and he finds a pint-sized pineapple — the size of a banana — very small. He thinks everyone's going to want a small pineapple, but the pineapple growers in the states and in South American say, 'No, people want bigger pineapples.' And now, 100 years later, we have even bigger pineapples.

On whether Fairchild was a genius or just lucky

He got lucky. He found a way to feed his wanderlust on a need his country had. So much of the labor force was farmers in that era, and they needed food to grow. The growth of America was the growth of food.

On his efforts to improve existing American food crops

In the late 19th century, American beer was not very good. Germany had been brewing beer for centuries. Fairchild went to Bavaria to find better hops to brew better beer. Now, Germany knew it had great hops and had dogs guarding the hops fields at night.

Fairchild could have stolen some of the hops, but he sees this as an opportunity for diplomacy. He befriends the growers, drinks with them in the beer hall, and eventually one of them says, 'I'll give you some hops but you can't tell anyone and you have to leave tomorrow.' 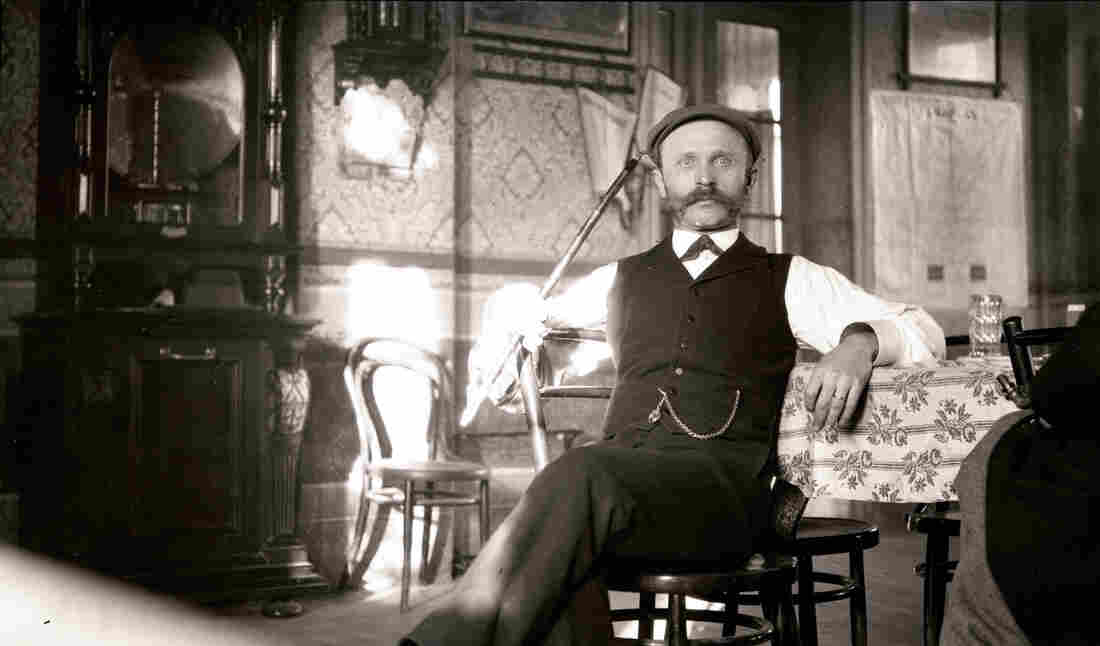 To acquire hops in Bavaria in 1901, Fairchild resorted to flattery. He took this portrait of a Bavarian beer brewer to cajole the man into giving him hops. The plan worked and Fairchild's hops enriched American beermakers in the years before Prohibition. David Fairchild/Fairchild Tropical Botanical Garden hide caption

On the role of foods as immigrants in America

Apples come from Kahzakstan, bananas come from New Guinea, pineapples from Brazil, and the oranges and lemons that have fueled the economies of Florida and California? They originated in China ... Almost every food we eat is an immigrant. 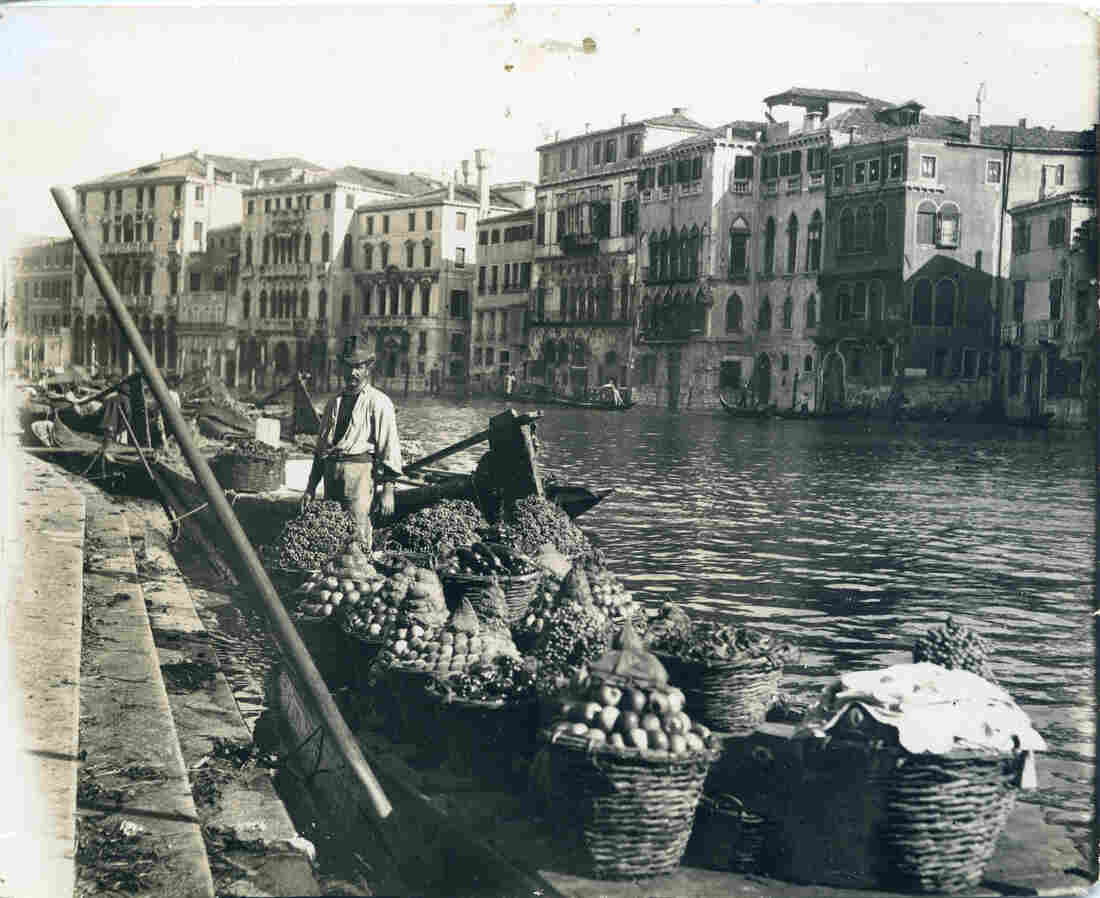 While visiting the grand canal of Venice in 1898, Fairchild photographed the fresh fruits and vegetables that were the earlier conquests of European plant explorers who brought them back from the New World. Items like tomatoes, onions, and squashes, like those pictured here, became central ingredients in Italian cooking. David Fairchild/Fairchild Tropical Botanical Garden hide caption