Accessibility links
Publishers Hope Food Books Will Grow Interest In Healthy Choices : The Salt Teaching kids how to eat healthfully and appreciate the cultural diversity of food begins with getting books about these themes into their hands, says Readers to Eaters' founding publisher. 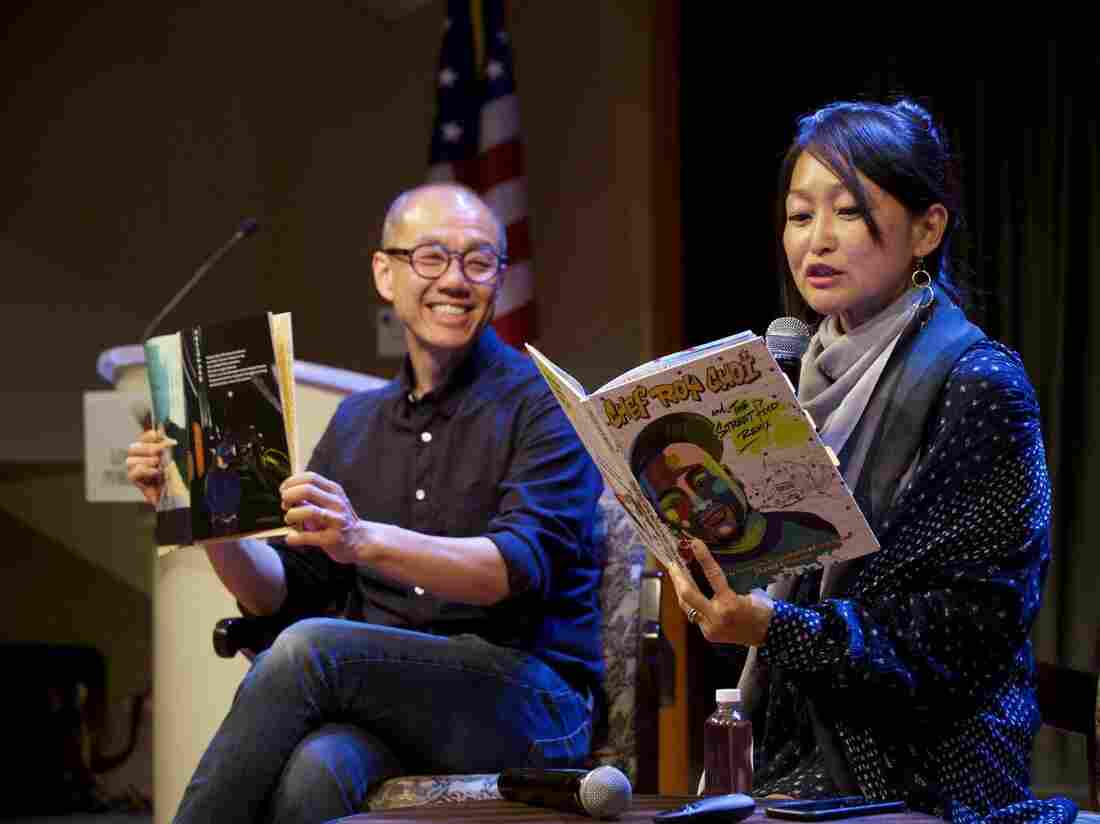 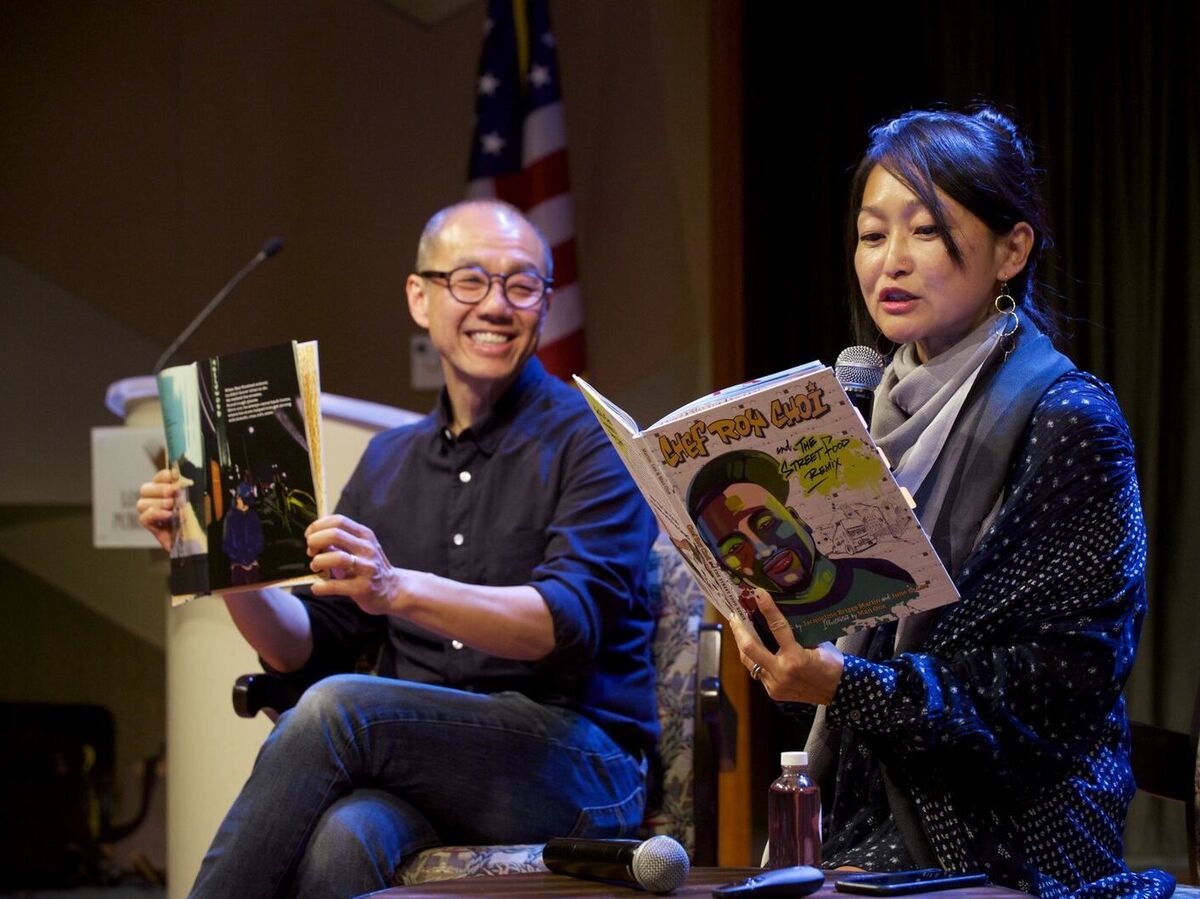 June Jo Lee's interest in food anthropology inspired her husband Philip Lee to create a publishing company that would bring books about good food to kids.

Veteran children's book publisher Philip Lee is describing his a-ha moment. Nine years ago, he was visiting with members of Washington State's Farm to School office. Someone began talking about the achievement gap for low-income students and its implications for test scores. "But they pointed out, 'Kids that don't have a proper breakfast can't learn by 10 a.m., so we don't really have a learning problem; we have a public health problem,' " Lee remembers.

Almost right then and there, he decided to start a food publishing house to address the link between kids' diets and how well they learn.

It wasn't exactly an obvious line of thinking, even for a person whose whole life is wrapped up in books. His first publishing house, Lee & Low Books, is known for diversity-focused titles about nearly extinct Puerto Rican parrots and fatherhood as celebrated by African American poets (Lee left the company in 2004). But thanks in part to the interests of his wife, June Jo Lee, a food anthropologist and ethnographer, Lee had become more interested in what kids were (or weren't) eating in school and elsewhere, how it affected their health, and how it affected their ability to do well in school. 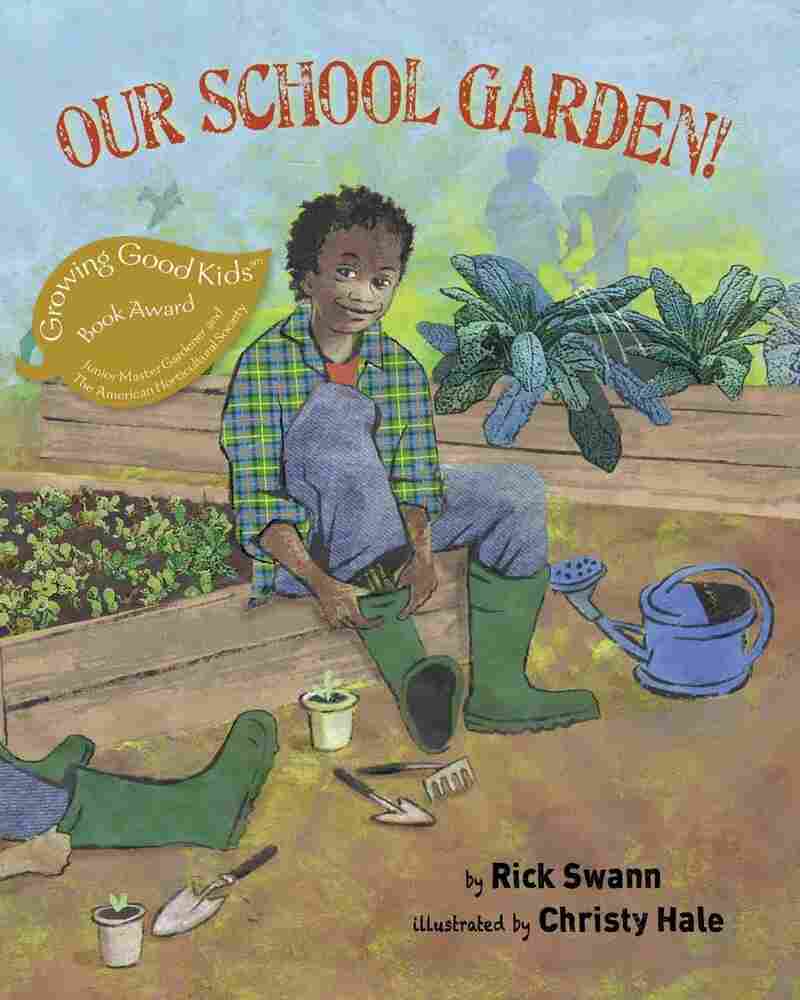 One month after Michelle Obama opened her White House garden in March of 2009, the Lees launched Readers to Eaters — a pop-up shop selling food-themed books for both adults and children that help promote understanding about where food comes from and the diverse stories about how we eat.

"We didn't even have a business plan," Lee says. "But suddenly, there was all this public dialog about food literacy, and school food directors were coming to me saying, 'We need an education program around food.' " In other words, the timing for such a venture was suddenly just right.

Says Lee, "Our biggest customers were parents, and books for them [to read with their kids] were the most consistently lacking." So, in 2010, he began acquiring kids titles to publish himself. Readers to Eaters released its first picture book in 2012: Our School Garden! by Rick Swann and Christy Hale, in which a kid acclimates to a new town once he discovers his school has a garden. Quick on its heels was Sylvia's Spinach by Katherine Pryor and Anna Raff, about a picky eater who comes to terms with her least favorite vegetable when she's able to grow it for herself. 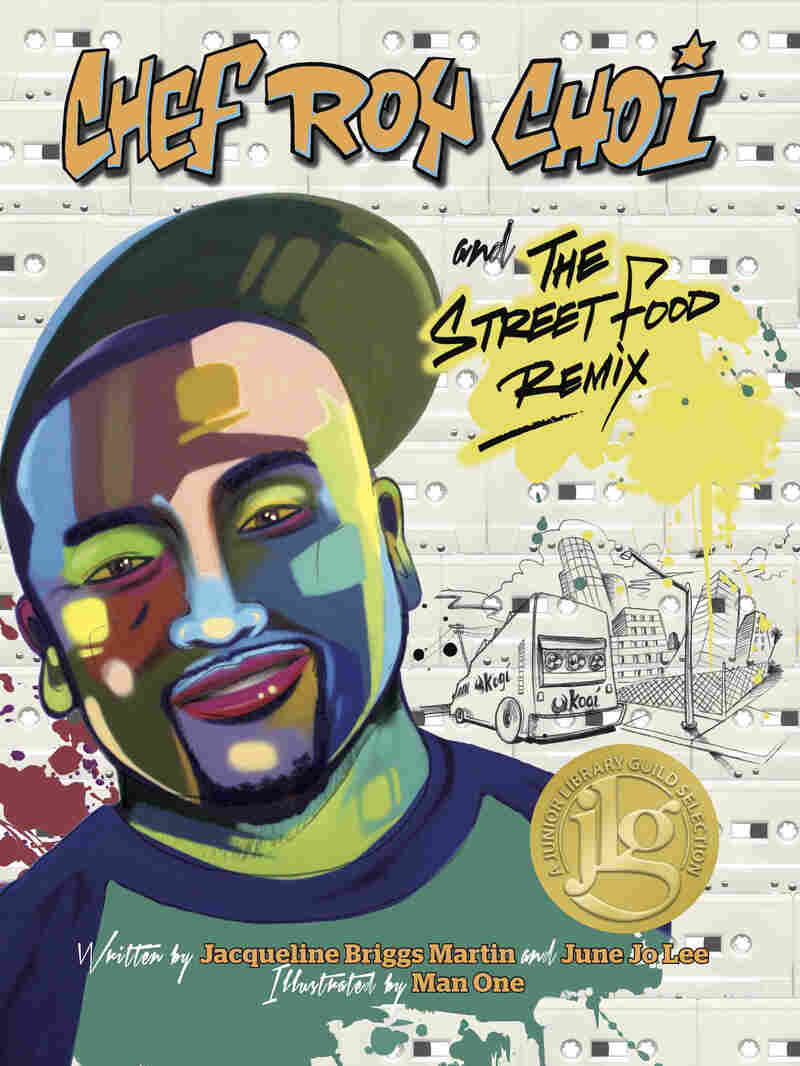 The stories weren't meant to preach, or even necessarily to change kids' minds about what they were consuming — at least, not in the short term. Rather, they aimed to start a critical conversation between parents and children. As Lee explains it, "If kids aren't eating salad at school, it's because they don't eat it at home. Where our books come in is in getting families excited to talk about food around the dinner table."

Readers to Eaters has now published eight books, and five more are in the works. Its titles have been steadily garnering acclaim among educators.

Its latest offering is Chef Roy Choi and the Street Food Remix by Jo Lee and Jacqueline Briggs Martin. It follows the days of a real-life Korean-American food truck cook in Los Angeles, illustrated by Mexican-Angeleno graffiti artist Man One. The book recently won an award from the National Council for Social Studies and two others from professional organizations that recognized it as an outstanding non-fiction text. What these awards mean, practically speaking, says Lee, is that teachers around the country will begin using the book as a teaching tool.

Already, Lee estimates that as much as 80 percent of the company's sales are made to schools and libraries. Elementary teacher and librarian Craig Seasholes has used at least two Readers to Eaters titles in his Seattle-area classrooms. He says that his Mexican- and African-American students especially connect with the books' gentle, healthy-food message and relatable protagonists. 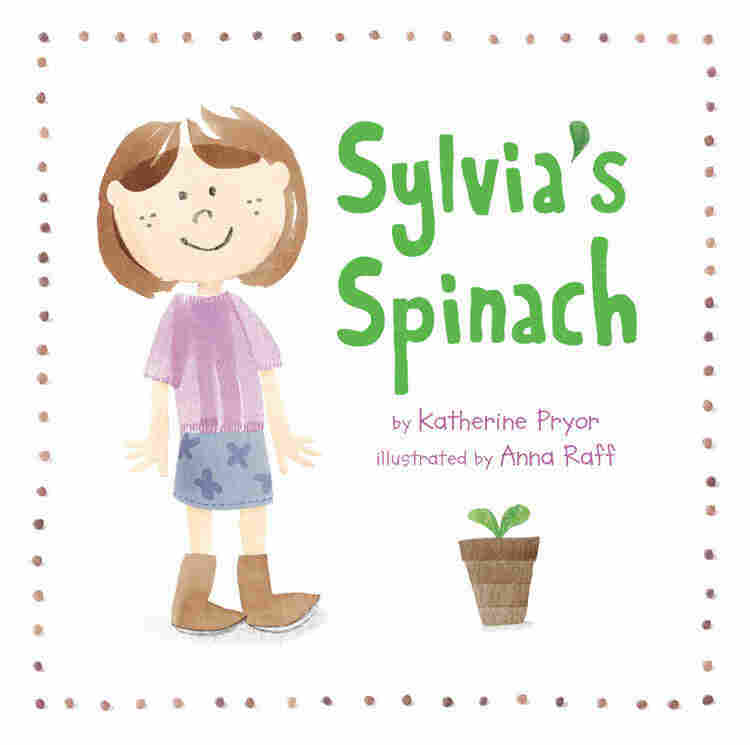 The books have also been used in conjunction with the California Library Association's Lunch at the Library program, which feeds school-age kids throughout the summer. Library manager Gia Paolini read Farmer Will Allen and the Growing Table at her branch in Contra Costa County—a community where she says the vast majority of children qualify for free or reduced-price lunches. "Just as we have to expose kids to as many words as possible, it's important to expose them to concepts, too," she says. "Books about food plant the seed that [healthy] food is important and fun."

Lee has also organized a book give-away program through Washington State's farmers markets, and is talking to librarians in New York State about collaborating on a literacy program." I'm not inventing anything here," Lee says. "I'm just making obvious connections."

Others are also beginning to make the connection between the desire of families to learn about food's origins and the need for books about it. The American Farm Bureau Foundation for Agriculture announced in February that it was starting a line of picture books about how food is grown. It's a testament, says Publishers Weekly associate children's book editor Emma Kantor, to the importance of linking "literacy and healthy living — both practices that start young."

"Parents want these kinds of books to read to their kids," says Lee. He then quotes a troubling statistic: In low-income neighborhoods where families struggle to get healthy meals on the table, there is one book, on average, for every 300 children. "How do we get books out to them? That's my mission."