Accessibility links
The Rise Of Yeast: How Civilization Was Shaped By Sugar Fungi : The Salt Without yeast, bread wouldn't rise and beer wouldn't foam. As Nicholas Money's new book, The Rise of Yeast, points out, it leaves its mark on other foods, too, including coffee, and even chocolate. 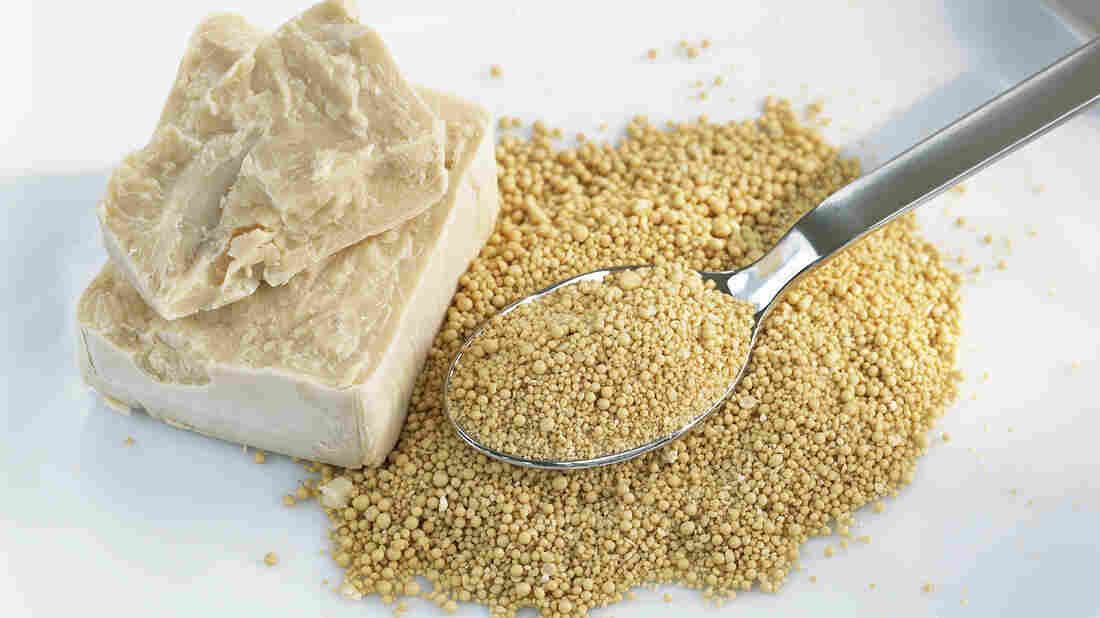 Fresh and dried yeast. It might not look like much, but it has shaped the way we eat and live, according to a new book. Maximilian Stock Ltd./Getty Images hide caption 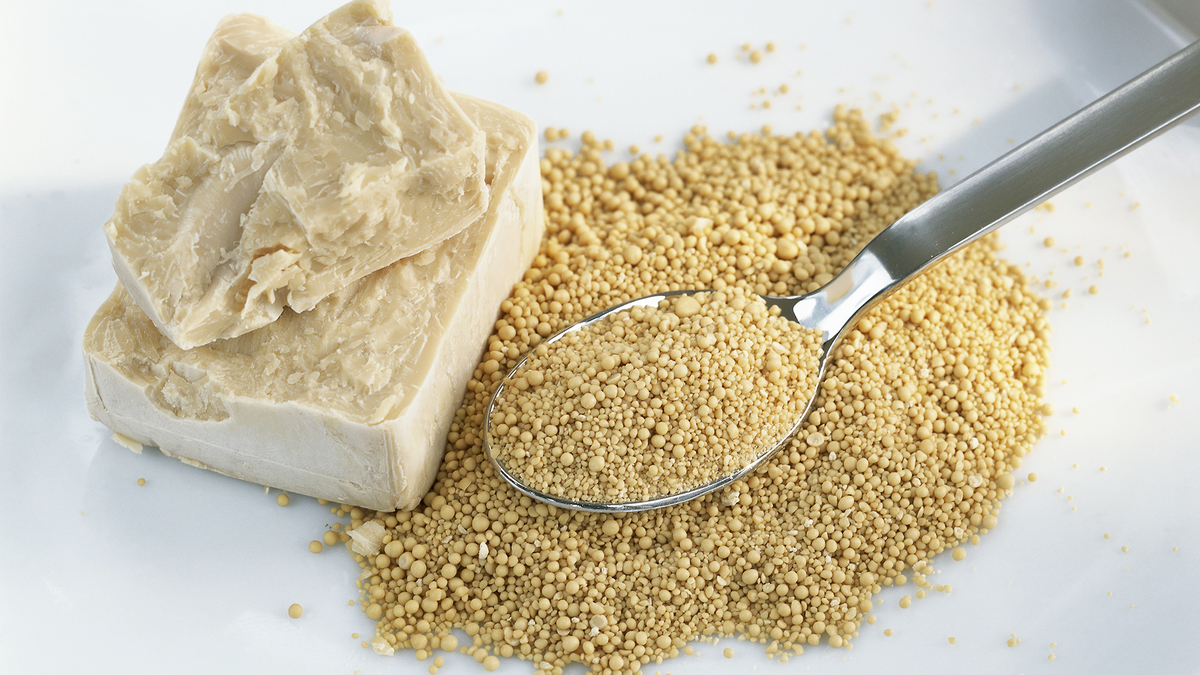 Fresh and dried yeast. It might not look like much, but it has shaped the way we eat and live, according to a new book.

An imagined conversation between two yeast cells appears in Kurt Vonnegut's 1973 novel Breakfast of Champions. "They were discussing the possible purposes of life," Vonnegut writes. If that's not absurd enough, their existential discussion takes place against a weird, dismal backdrop, "as they ate sugar and suffocated in their own excrement." Little did they know, their little yeasty lives had an important, human-centric purpose. "Because of their limited intelligence, they never came close to guessing that they were making champagne."

Besides the beverages yeast ferments, and the loaves it raises, the single-celled fungus has had its figurative fingers in all kinds of important products throughout history. Yeast matters for so many different things, says Nicholas Money, author of the newly published book The Rise of Yeast, that it ranks as "a secular deity, something to be revered as much as the warmth of the sun."

Money points out many of those contributions throughout The Rise of Yeast: How the Sugar Fungus Shaped Civilization. Here are a few of the surprising places yeast has changed the way we eat and live:

Fermentation may have enticed nomadic communities to settle down.

For a long time, humans traveled often and foraged for food, rather than growing it. And that worked pretty well, so anthropologists have long puzzled over why people started settling in a single spot. One benefit to nesting: growing grapes and grains, and staying in a place long enough to brew beverages for weeks or months, as beer and wine require. "Some posit this as the reason that civilization began in villages surrounded by golden fields of barley and rows of grapevines on the hills," Money writes.

In its day, beer foam helped raise a few loaves of bread.

It's not totally clear how the first-known leavened breads, in Egypt, began to incorporate yeast. Wild yeast will grow on its own if a dough sits long enough, the way sourdough works. In Roman times, though, Pliny the Elder wrote about bread dough incorporating beer froth for lightness. Some early commercial yeasts in Europe relied on beer byproducts for microbial help, too, but baker's yeast today consists of separate, specialized strains. 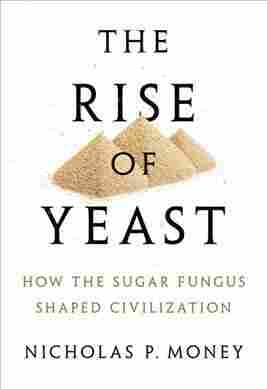 The Rise of Yeast

How the Sugar Fungus Shaped Civilization

Both cocoa and coffee beans undergo a fermentation step after their harvest, where yeasts munch on sugars surrounding the beans. Bacteria also play a role in this process, and the yeast leaves behind flavor compounds that make it into the final coffee and chocolate. Researchers have found that cocoa beans in yeast-free fermentation are left with an acidic, off flavor, and that certain yeasts can lend coffee caramel notes.

The riot of microbes that ferment kombucha includes more than one kind of yeast.

"Fission yeast, Saccharomyces, other yeasts, and accompanying bacteria occupy a slimy slab called a zoogleal mat that sits atop the fermenting tea," Money writes. Another name for that zoogleal mat, SCOBY, stands for "symbiotic colony of bacteria and yeast."

That suffocating "in their own excrement" that Vonnegut mentioned? It caps the alcohol content in wine and beer.

Behind every adult beverage, there are strains of yeast that toiled, breaking sugars down and producing alcohol. For yeast, alcohol is more than a tipple — it's a waste product, and a protection against other microbes that can't tolerate spirits as well. Take palm wine, Money says. It's made from palm sap left out in the open, so airborne wild yeasts do all the fermentation. At first, a circus of different yeasts hops into the sap and ferments their hearts out, gorging on the sap's sugars and releasing carbon dioxide and alcohol. Different yeast strains tolerate different levels of alcohol, so the yeast with the highest alcohol tolerance, a strain of Saccharomyces, soon wins out. "It clears the field, and ensures that it has special access to the sugar," Money says. But even those winners eventually succumb to their own booze, so the alcohol level plateaus.

For humans, that means any beverage above around 15 percent alcohol requires distillation, or genetically engineered yeasts, which can tolerate higher levels of alcohol. With slightly more time to discuss their life's purpose, what those new superyeasts talk about is anyone's guess.