Accessibility links
Scientists Look For Ways To Improve Meat, Reduce Methane In Cow Guts : The Salt Microbe-free bovine life would be rough. Cows rely on single-cell accomplices for their digestion, so scientists are looking for ways to use these bugs to improve cows' eating and burping habits. 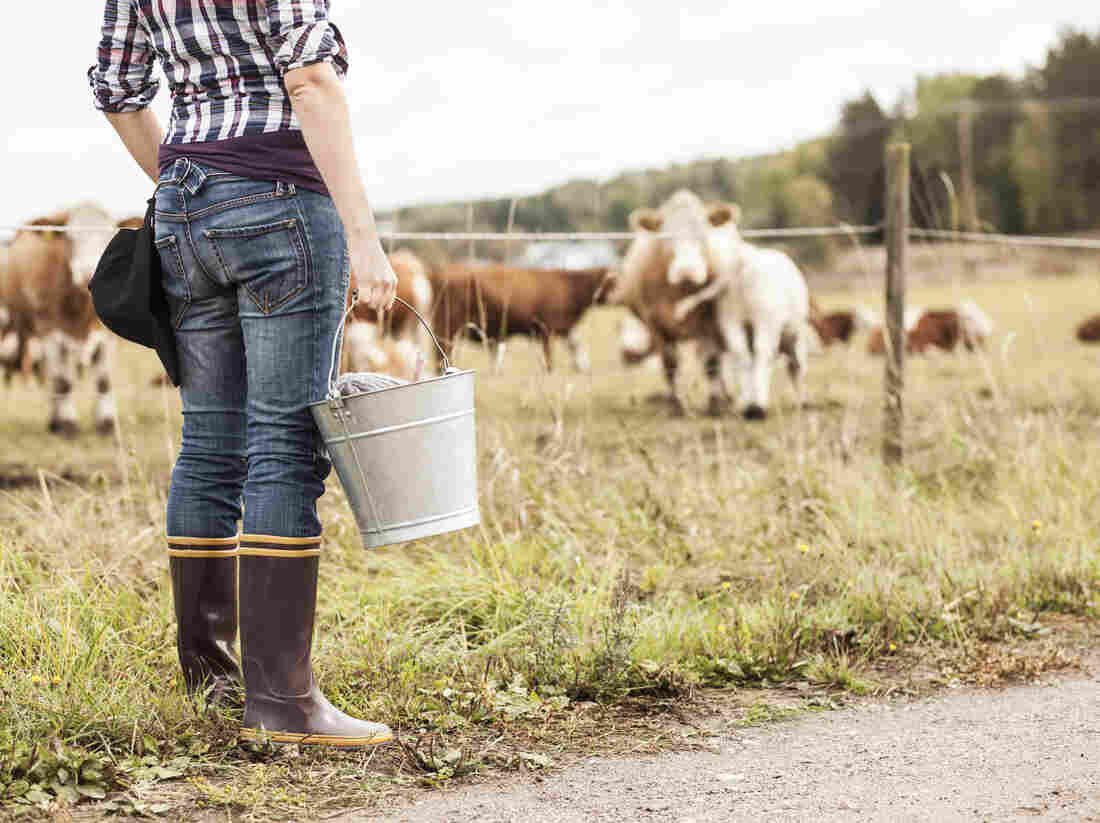 Someday, we might be able to customize the microbes we feed cows to help reduce their methane emissions. Maskot/Getty Images/Maskot hide caption 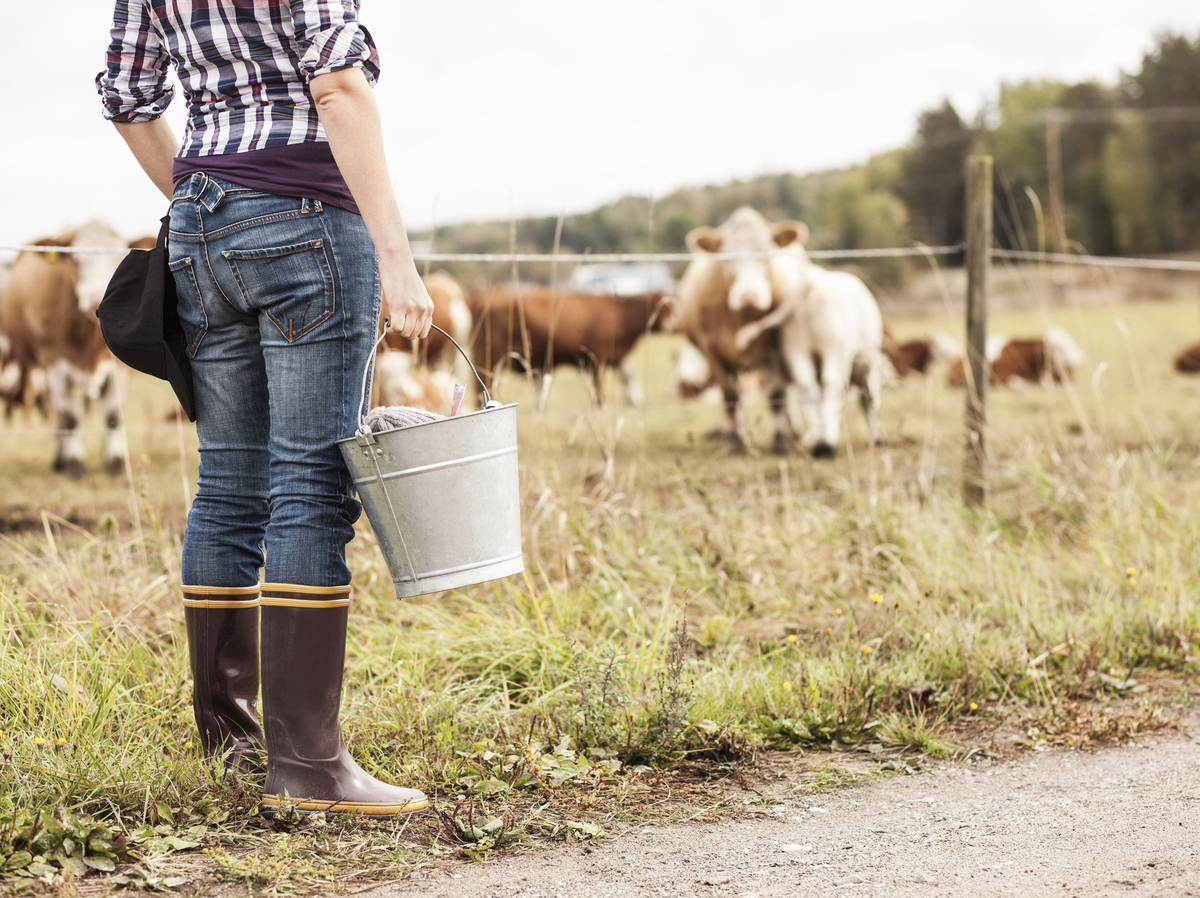 Someday, we might be able to customize the microbes we feed cows to help reduce their methane emissions.

Like the human gut, the belly of every bovine contains a microbial engine — engines, really — since cows have four-part stomachs. Those unicellular inhabitants do most of the digestive acrobatics of processing a cow's gnarly, fibrous diet of grains, hay, and grass. They're also responsible for some of the cattle industry's greenhouse gas contributions, since, as it turns out, cows don't make methane. Microbes make methane.

Given the microbes' giant role in digestion, animal scientists see them as an avenue to potentially improve livestock — tweaking microbes could prime cows to make more meat while eating less food, or maybe even lower the amount of methane that cows release.

That's a quest that takes researchers into the bovine digestive system. A cow's largest stomach compartment, the rumen, is where a lot of the microbial magic happens. There, a mob of microbes tackles whatever a cow eats. "These bugs are capable of breaking down all sorts of weird and wonderful complex carbohydrates," says Mick Watson, an animal scientist at the University of Edinburgh who is tracking these microbes.

And the work these microbes do is very important. "A lot of times, in animal science, we say we don't really feed the cow, we feed the rumen microbes," says Kristi Cammack, who directs the West River Agricultural Center at South Dakota State University.

But the moo-crobiome is complex. Before anyone can approach the question of which microbes might best affect meat and methane production, it would help to know which microbes are already there and what they're capable of doing.

So Watson and his team recently took this kind of roll call, checking off a clipboard of microbes from 43 Scottish cows' digested food samples. Among the throng of organisms they found there, they sequenced the full genomes of nearly a thousand bugs, using the DNA sequences to see which enzymes each microbe uses to help with digestion. Their work appeared Wednesday in Nature Communications.

Taking attendance turned up some of the usual microbial suspects. There were several strains of the archaea microbes that use hydrogen to make methane — the gas from cow farts and burps that warms the atmosphere. The DNA sequencing also shed light on many new digestive enzymes — enzymes that looked like they'd be useful for breaking food down, but didn't match what's been seen before.

Finding new digestive enzymes is exciting, Watson says, because it could potentially open the door for cow diet improvements. The ideal, he says, would be to "rationally choose the right bug, for the right diet, for the right animal" — kind of like customized medicine.

There's some precedent for this, as science writer Ed Yong mentions in his book, I Contain Multitudes: The Microbes Within Us And A Grander View of Life. Australian livestock researchers once solved some goats' digestive issues with a specific plant by feeding them microbes isolated from Hawaiian goats who munched the same plant without trouble. But the Australian goats were lucky; their issues came from a single plant, so they just needed to sort out that one thing.

The microbial holy grail for something that depends on many factors, like meat production, will be harder to come by, Cammack says. That's partly because it's not totally clear whether the microbes are really controlling things, or if cows that are already predisposed to the right kinds of production — more meat and milk with less feed — just tend to harbor a certain kind of microbe. It's probably a mix of both.

There's even more complexity: the interplay between cows and their microbes matters, but so do the dynamics between different microbes themselves. Although it might be possible to wipe out the methane-makers, it's not clear how their communities would fare without them.

Such intricacy hasn't stopped cow probiotics from hitting the market. A company called Zaluvida makes a feed supplement called Mootral that uses citric acid and garlic ingredients, claiming "long-lasting reduction of methanogenic bacteria in the microbiome of the cow." But there's more guesswork than thoughtful design behind most animal probiotics on the market, Watson says. Also, the only known methanogens belong to the order archaea, which aren't technically bacteria.

So it's a bit far off, but eventually, concretely identifying which microbes or communities of microbes help cows digest best could improve bovine eating and burping habits. And there are plenty of enzymes and microbes to explore.

"It's a whole new little world encapsulated in this rumen," Cammack says.

An earlier version of this story incorrectly stated that bacteria make methane. In fact, only organisms from the domain archaea make methane.