Accessibility links
As March Madness Rolls, New Orleans Tracks Its Own Red Beans Brackets : The Salt The humble dish doesn't normally turn heads, but now red beans have inspired their own craze, thanks to a month-long citywide food competition styled after the college basketball tournament. 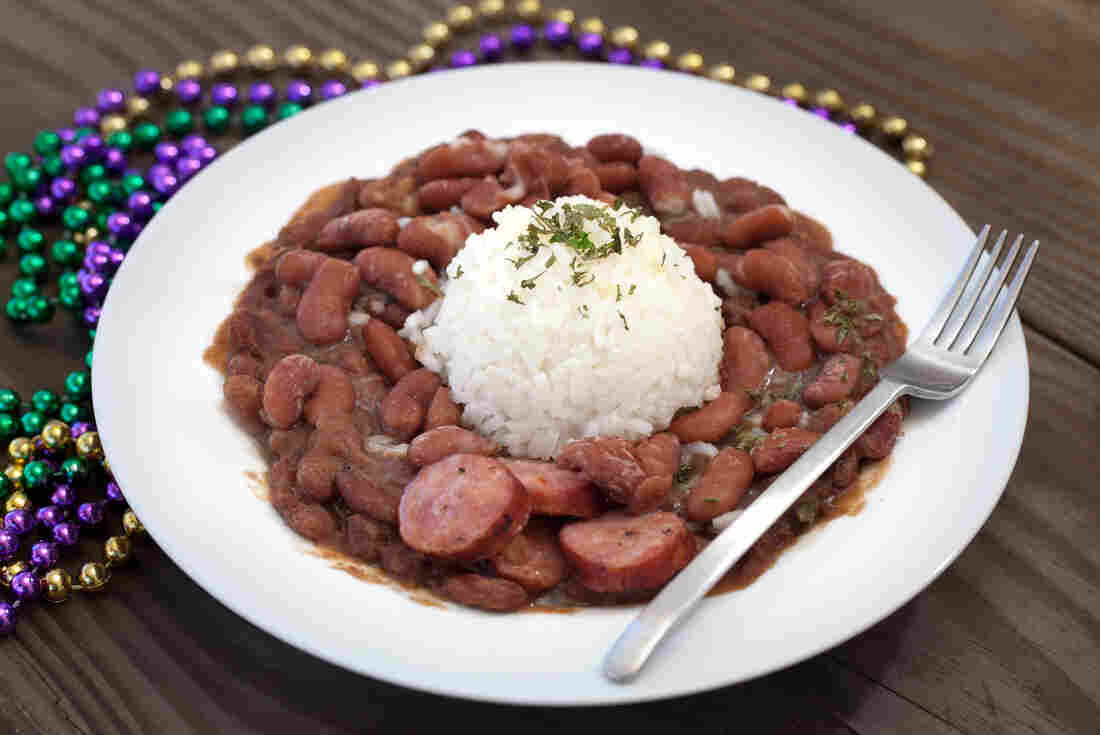 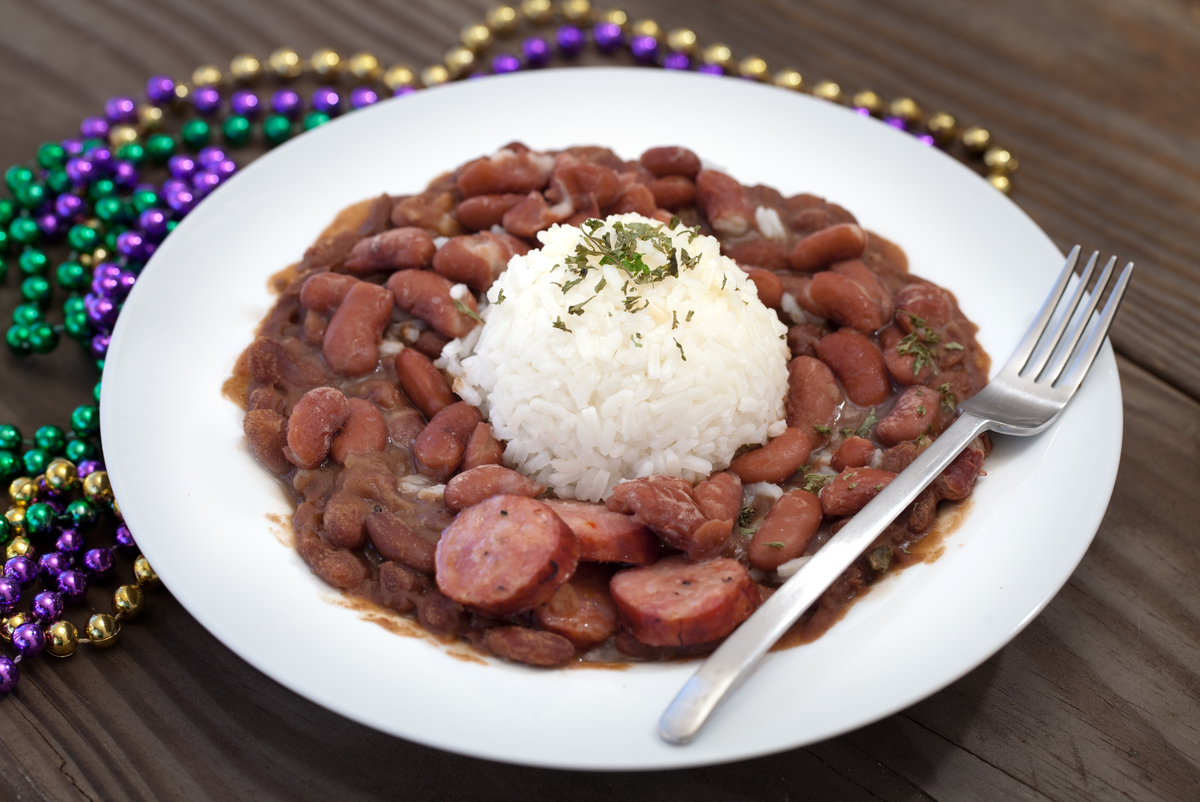 For the Bean Madness competition, decisions on this classic dish can turn on preferences set long ago by family tradition, house style and even generational differences.

Gumbo is the most famous New Orleans dish. Po-boys get plenty of press and king cake is now a seasonal sensation, splayed across social media for all the hungry world to crave around Mardi Gras time in The Big Easy.

But red beans and rice? That gets into a homier appeal in New Orleans.

The dish doesn't normally turn heads, but it has worked its way into the city's rhythms of life. The traditional Monday meal, it's also served widely every day, always there when you need something soothing. In an era of rapid-fire food fads, it's a satisfying slow simmer.

But now, red beans have inspired their own kind of craze, and as March Madness cranks up for basketball fans, New Orleans is right in the midst of it.

Red beans and rice is in the spotlight thanks to a citywide event called Bean Madness. It's a month-long competition of red beans styled after the March Madness college basketball tournament, complete with brackets to predict winners, break your heart and cheer for those Cinderella stories.

Run by the Red Beans Parade, a Carnival group, it doubles as a fundraiser for local nonprofits, and it's a uniquely interactive way to celebrate the humble but vital dish.

"My dream is that over time, this becomes something everyone in the city looks forward to, so that when America is obsessing over college basketball, all of New Orleans is talking about red beans and who's going to win," said Devin De Wulf, the New Orleans artist who created Bean Madness. "I hope it just becomes another of these really weird, wonderful New Orleans things."

The contest, now in its second year, already has a wide following. Contenders from restaurants to corner stores have been working their way through the brackets. They go head to head at pop-ups tastings, where the public votes for each round's winner.

Conducted in a blind tasting format, the pop-ups are held in stores and theaters, bars, farmers markets and other venues to spread the judging for this everyman dish widely around New Orleans.

"Everybody who grew up in New Orleans eats red beans and everyone has their opinion about them," said Karen Terranova, who has hosted and judged tastings at her family's neighborhood grocery store, Terranova's. "When you ask people to judge red beans, they just jump right in."

Bean Madness competitors are now down to the "Sweet Six-Bean" (puns come with the territory), and they are taking each round seriously. There's often pride on the line as family recipes face off.

"What I cook today is my momma's recipe. Beans are cheap to make and you can stretch them, so they were always on the menu at our house," said Rene Guzman, whose restaurant My Momma's House of Cornbread, Chicken & Waffles has advanced through three rounds of Bean Madness.

"I tell everyone, my cause of death will probably be red beans, because I'll eat anyone's. I want to try it all," she said.

As veterans of March Madness already know, the tournament process can be a harsh one. One bad outing, and brackets are busted.

For Bean Madness, decisions on this classic dish can turn on preferences set long ago by family tradition, house style and even generational differences. Beans can stand firm and distinct in one recipe, or blend into a thick, creamy mash for another. Some deploy smoky andouille sausage or spicy tasso ham, whole ham hocks or particles of pickled pork, that tangy, spicy seasoning at the heart of so many of the beans and greens dishes of Louisiana. There are even vegetarian entries in this cross-city challenge.

Madness indeed, but eventually it all comes down to the "Final Fork" matchups — and then a red beans champion.

It's still red beans, of course, a dish that's never going to be glamorous. But don't underestimate its power over the New Orleans palate. After all, in The Big Easy, red beans can even make people look forward to Mondays.

Follow the Bean Madness brackets and see more at redbeansnola.com.

Ian McNulty is a regular contributor to WWNO and covers food culture and dining for the daily New Orleans Advocate. He is the author of A Season of Night, a chronicle of the first months in New Orleans after Hurricane Katrina.