Accessibility links
Spending Bill Protects Tipped Workers From Sharing With The Boss : The Salt The president signed a spending bill Friday that, among other things, safeguards workers' tips. It blocks an earlier Trump administration move that may have allowed restaurant owners to pocket them.

Spending Bill Protects Tipped Workers From Sharing With The Boss

Spending Bill Protects Tipped Workers From Sharing With The Boss 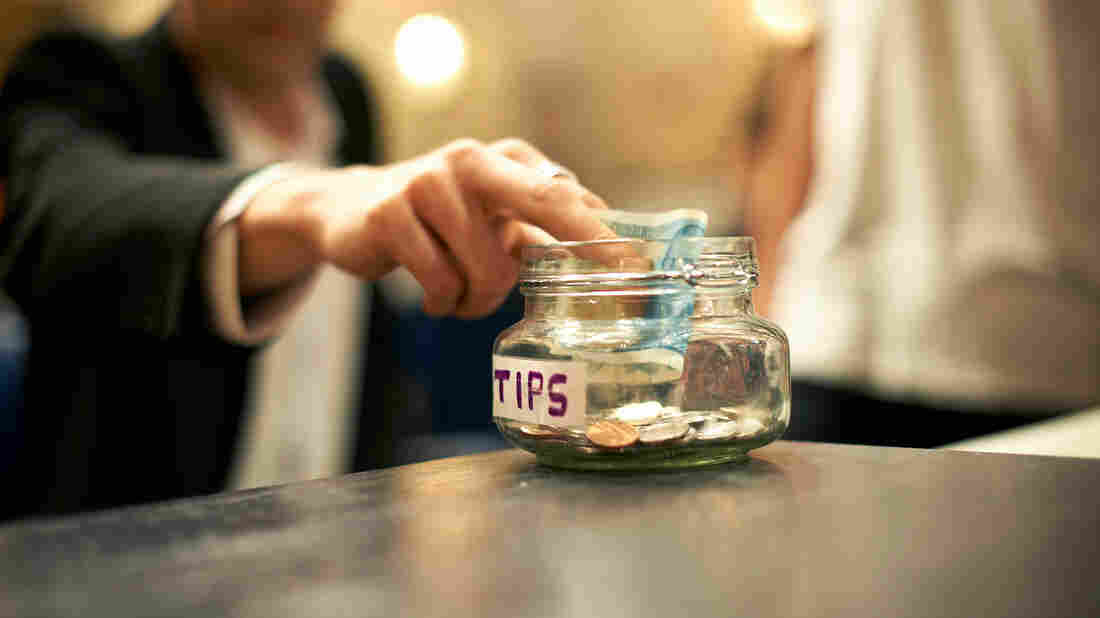 The law would allow waitstaff tips to be shared with cooks and other back-of-the-house restaurant workers but prevents owners from getting a cut. Peter Muller/Getty Images hide caption 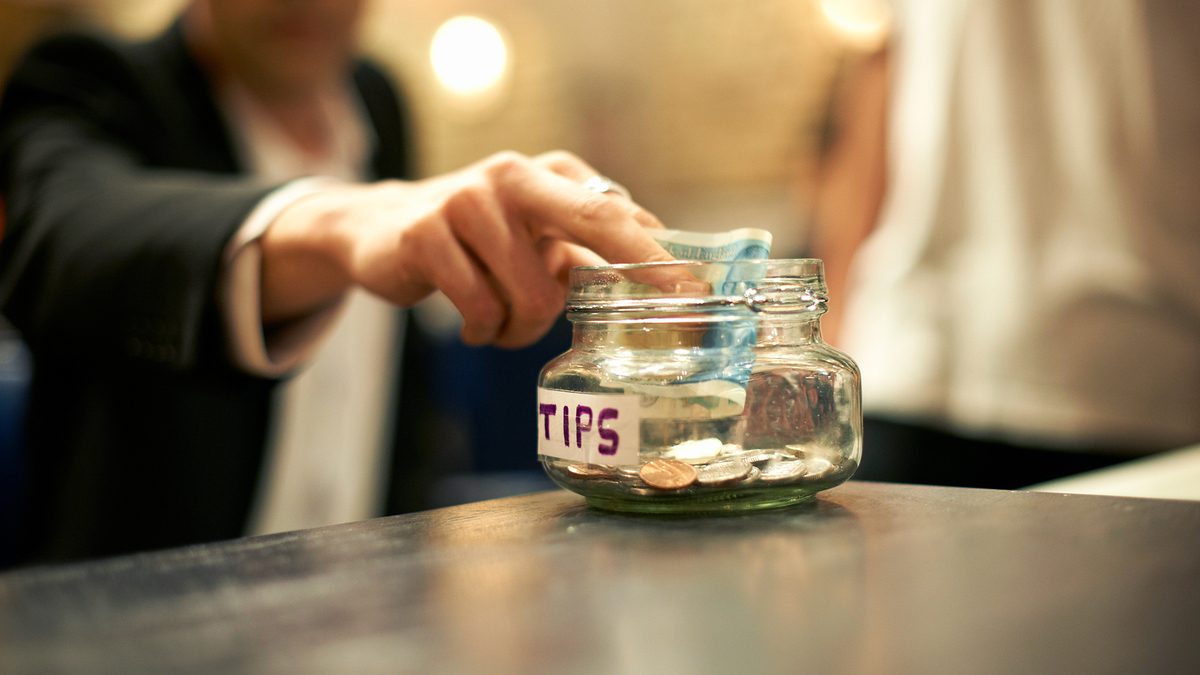 The law would allow waitstaff tips to be shared with cooks and other back-of-the-house restaurant workers but prevents owners from getting a cut.

A bipartisan bill Congress passed this week spells out how the federal government will spend $1.3 trillion.

It also allocates some smaller amounts: the money customers leave behind as tips in restaurants, nail salons and other businesses.

The legislation makes it clear that tips belong to the workers who receive them and can't be taken by their employers, managers or supervisors.

"For the millions of workers who rely on their tips to pay their bills and support their families — most of whom are women — this change comes as a sigh of relief," says Sen. Patty Murray, D-Wash., who pushed to include the language in the omnibus spending bill.

The long-standing policy that tips belong to workers had been called into question by a proposed rule from the Trump administration's Labor Department.

The rule was intended to encourage more sharing of tips with cooks and dishwashers. But critics said it would have allowed business owners to pocket the money themselves. When the Labor Department asked for public comment on the proposal, more than 375,000 people responded.

"Workers across the country organized and made their voices heard," Murray says. "Those workers sent the Trump administration a message."

Many restaurant servers are already required to share a portion of their tips with hostesses and busboys. But restaurant owners have not been allowed to require such tip pooling with "back of the house" workers. Some owners complain that creates an unfair pay gap between tipped workers in the "front of the house" and lower-paid workers in the kitchen.

"Cooks historically and even today have always received the short end of the stick in terms of the tip world," says Kurt Huffman, who runs more than two dozen restaurants in Portland, Ore.

Kitchen workers in his restaurants earn starting wages of about $13.50 an hour. With tips, servers can earn two or three times as much.

Restaurants Cook Up A New Way To Pay Kitchen Staff More: A Cut Of Sales

The spending bill passed this week amends the Fair Labor Standards Act to allow mandatory tip sharing with back-of-the-house employees. But it also includes explicit safeguards to prevent employers from skimming tips or using that money to compensate managers and supervisors.

"This is a huge victory for tipped workers everywhere," says Judi Conti, government affairs director for the National Employment Law Project. "It makes clear that tips are the property of workers and under no circumstances can employers keep them."

Conti notes the legislation allows for broader tip pools only when all of the workers in the pool are paid at least minimum wage. The measure also adds robust penalties for tip theft and allows workers to sue to recover any tips that are stolen.