Accessibility links
After 3 Decades, Washington State Bans Atlantic Salmon Farms : The Salt The move comes seven months after an ill-fated fish farm collapsed, releasing as many as 250,000 of the nonnative fish into areas where wild Pacific salmon are already struggling to survive. 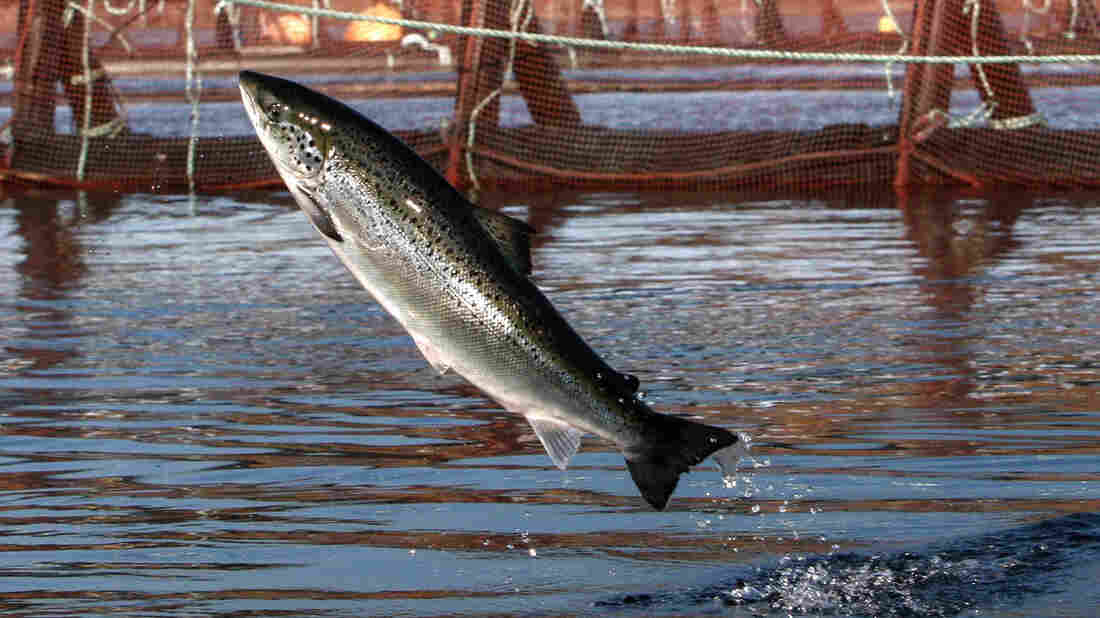 For decades, Washington has had eight Atlantic salmon farms. After one was destroyed in an accident last summer, the state has decided to kick the rest of them out. Robert F. Bukaty/AP hide caption 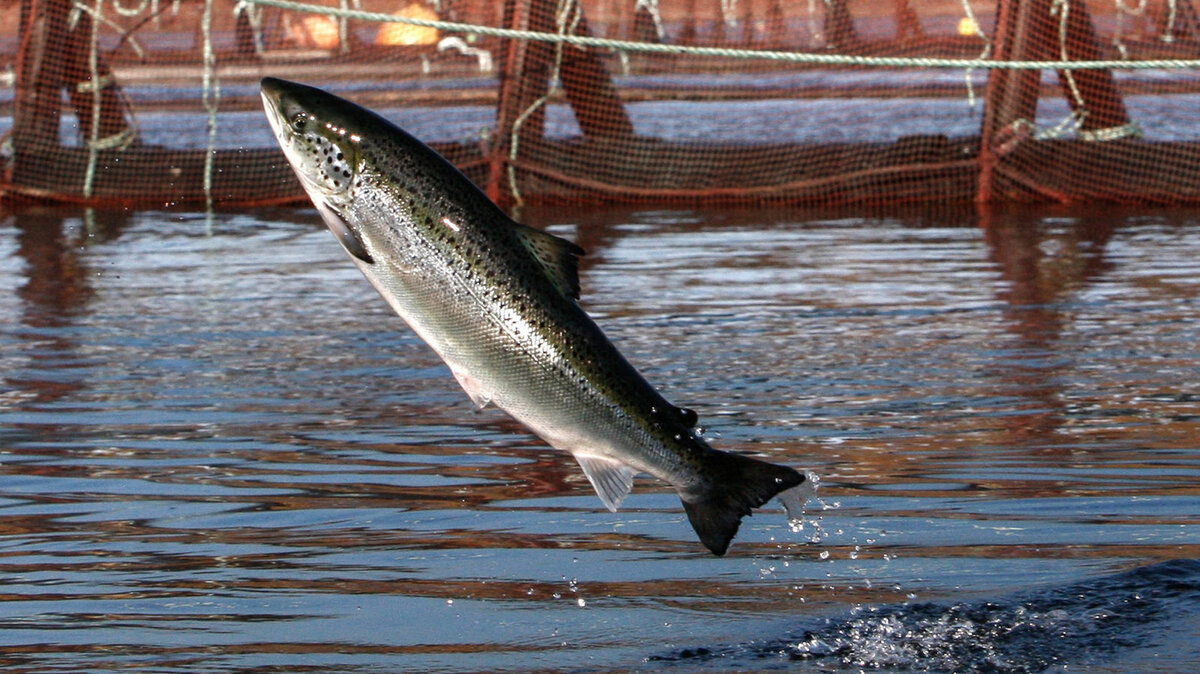 For decades, Washington has had eight Atlantic salmon farms. After one was destroyed in an accident last summer, the state has decided to kick the rest of them out.

"These present a risk to our wild salmon runs that we cannot tolerate," Inslee said.

The move comes eight months after an ill-fated fish farm near Anacortes started to come undone in a strong current on an otherwise calm summer day. The floating farm, owned by New Brunswick, Canada-based Cooke Aquaculture, tore apart a month later, letting as many as 250,000 Atlantic salmon escape into Puget Sound.

While lawmakers included a provision stating that the Legislature would research and revisit the issue as new science becomes available, Inslee vetoed that section, bringing what appears to be a decisive end to at least three decades of Atlantic salmon farming in Puget Sound.

Opposition to the farms grew after one of Cooke Aquaculture's three net pens off Cypress Island imploded in August. Fish from another ocean quickly swam north into Canada, south past Tacoma and up several rivers, raising fears among tribes and environmentalists that the invaders could harm the region's struggling runs of wild Pacific salmon.

While officials and early media accounts blamed a solar eclipse for the collapse, state investigators later concluded that the farm's poor condition — corroded and overgrown with tons of mussels and other sea life — made it more vulnerable to the push of tidal currents that arrive like clockwork in Puget Sound.

Why Are Atlantic Salmon Being Farmed In The Northwest?

The state's remaining Atlantic salmon farms, all owned by Cooke, could be gone by 2022, once their existing leases with the Washington Department of Natural Resources expire.

The controversy over these fish might not be over. Earlier this year, Cooke, which raises salmon on three continents, threatened to sue under the North American Free Trade Agreement if Washington officials tried to curtail its operations here.

"Our company and our rural sea farming employees are deeply disappointed by the Governor's decision to ignore the science and sign the bill," Cooke spokesman Joel Richardson wrote in an email after the signing. He said the company was evaluating all available options.

This story comes to us from member station KUOW in Washington state. You can listen to the story and read the original version here.