Accessibility links
Sephardic Jewish Recipes Make A Lighter, Brighter Passover Table : The Salt If the idea of the same-old brisket is giving you the Passover blues this year, author Jennifer Abadi will inspire a lighter, brighter table with Jewish recipes from all over the world.

Move Over, Brisket. There Are Fresher Foods 'Too Good To Passover'

Move Over, Brisket. There Are Fresher Foods 'Too Good To Passover' 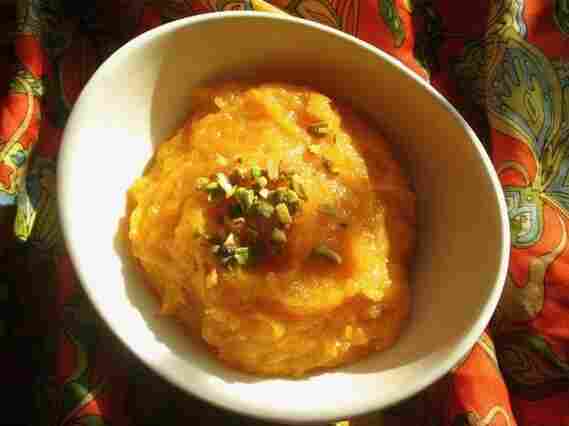 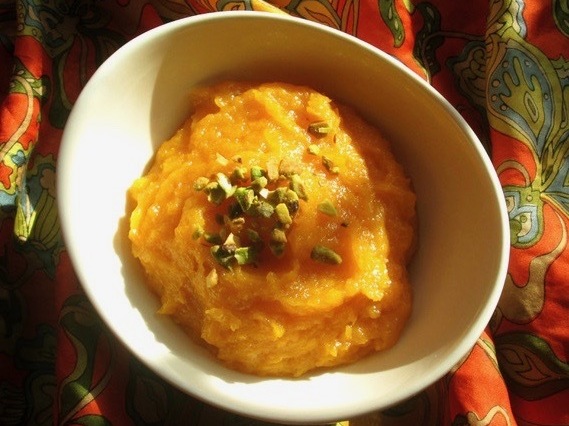 Syrian-Style Haroset, a Passover spread made with apricots and pistachios.

Passover is a holiday celebrating the Jews' exodus from slavery — and also a broader embrace of the coming spring, of fresh green shoots both literal and metaphorical. But the menu? More often than not, in America, you're talking stodgy winter foods like gefilte fish and brisket, seasoned (if at all) with heavy aromatics. These aren't dishes that point to the coming spring. They're dishes that come from the root cellar.

That's because the majority of American Jews are Ashkenazim, with roots in chilly Eastern Europe. But cookbook writer and culinary instructor Jennifer Abadi's family (and family recipes) came from Syria. Growing up, Seder meals involved lamb shanks and lemony soup with rice and meatballs. And after teaching cooking classes where students were hungry for these sunnier flavors, she began collecting recipes from other Sephardic and Judeo-Arabic first-generation families, preserving both the dishes and the stories behind them.

Abadi's new cookbook, Too Good To Passover, collects Passover recipes from nearly two dozen countries, from Algeria (where broken-up matzo is steamed in a couscousiere) to Georgia (where a sheet of softened matzo would be used instead of a not-kosher-for-Passover crepe to wrap chicken or cheese blinchiki). The book also captures oral histories of the traditions that unfold around a Seder table — from sealing drops of wine in a bottle representing the traditional curses of one's enemies (Iraq) to circling the Seder plate over the head of each participant (Gibraltar).

The recipes themselves span such a geographic range that it's hard to find a particularly unifying dish or flavor palette. Not even rice. Many American Jews assume Sephardic Jews continue to eat kitniyot — the small items like rice and legumes that many Ashkenazim cut from their Passover diets. But Abadi found even this is not universal.

"It was really hard to say with absolute confirmation that people who were from all the Middle East and Mediterranean ate rice, and that as soon as you went into Poland, Russia, and so on you didn't," Abadi explains. "What I found was a tendency. A tendency for the Syrians to eat rice ... Moroccans not to eat rice, while Tunisians tended to eat rice."

Abadi says it's not just, say, North Africa versus the Mediterranean versus Central Asia. "It's a general tendency in a region, but then it came down to often even just a matter of what city and town you were from, and how old you were when you were there (because that was maybe the jurisdiction of a certain rabbi), or a certain immigrant group that might have settled there from somewhere else, and brought with them their custom of eating (or not eating)."

But while there is diversity, there are some delicious flavors you won't find in the chillier climes of Eastern Europe: the saffron, the lamb, the piles of fresh herbs. Many of the recipes Abadi collected have made their way onto her own Passover table — especially the layered matzo pies, and the fritters and doughnuts you find cropping up in a surprising number of countries.

"It's like matzo brei," laughs Abadi, about the concept of frying up bits of matzo in an eggy batter. "A Bukharian couple showed a matzo babka. And then in the Syrian world, we have something we call ijeh, a fritter. Usually it's meat with spices and onions, and in this case it would be broken-down matzo. And then when you get to the Greek/Turkish/Bulgarian tradition, you'll have the bimuelos [fritters common in the Ottoman empire]."

Reading through the book raises the question of what it actually means for something to be a Passover dish. Sure, there are items like matzo or charoset (the paste of fruit and nuts) which actually have a ceremonial role. But what about the other dishes?

It turns out that in the Sephardic and Judeo-Arabic world — like in the Ashkenazi world — this can be a fuzzy line. Some of these are just dishes that were common in a particular place and time.

"Certain communities will often take a food that they know, and then they'll change it slightly, and make it their own. Because recipes are always evolving," explains Abadi. Dishes like gefilte fish and brisket, for example, which are now required dining on many Jewish holiday tables, were just nice dinners years ago in Eastern Europe. But over time, with tradition, immigration, and culinary identity, they took on a greater, more specific importance. And so it is with many of the recipes Abadi collected.

"Certainly some dishes, if they're served for Passover only, they become Jewish," Abadi explains. Many of the dishes of a particular region became Passover dishes when they were made with matzo — like American Jews' matzo pizza.

And while a Bulgarian layered herb and cheese pie may have a more exciting flavor profile than, say, gefilte fish, it shares a similar sentimental attachment. Because these dishes are ties to a collective past. And Passover itself, a holiday celebrating a biblical exodus, takes on special importance for those people who themselves have been exiled: Many of the countries profiled in Abadi's book no longer have any sort of Jewish population.

"One of the reasons Passover continues to be such a popular, and even growing, holiday, from the most traditional to the least observant, is because it resonates all the time," Abadi reflects. "You have to keep telling the story, because not only do you owe it to your ancestors (however you think in terms of observance and religion and belief), but also it's important to remember so you understand what's happening in your lifetime."

And this collective remembrance doesn't just come from a book. It comes around the table — in the telling, in the ritual made by the people sitting together, and in the delicious foods they share.

Combine apricots, orange juice, water, and sugar in a small saucepan and bring to a boil over medium-high heat. Reduce the heat to medium-low and simmer, covered, until apricots are very soft and mushy, 30 to 40 minutes. (Make sure to stir every 5 to 10 minutes to prevent burning.)

Pour hot apricot mixture into a food processor and add the lemon juice and orange blossom water. Pulse 1 to 2 minutes until a smooth paste. Scoop out into a medium sized bowl and mix in the chopped nuts by hand. Cool to room temperature.