Accessibility links
NECCO-Mania: Fans Stock Up On Chalky Wafers In Case Candy Company Folds : The Salt Rumors of the impending demise of NECCO have sparked a renewed interest in the company's products — especially its famous, eponymous, chalky wafers that some people love to hate. 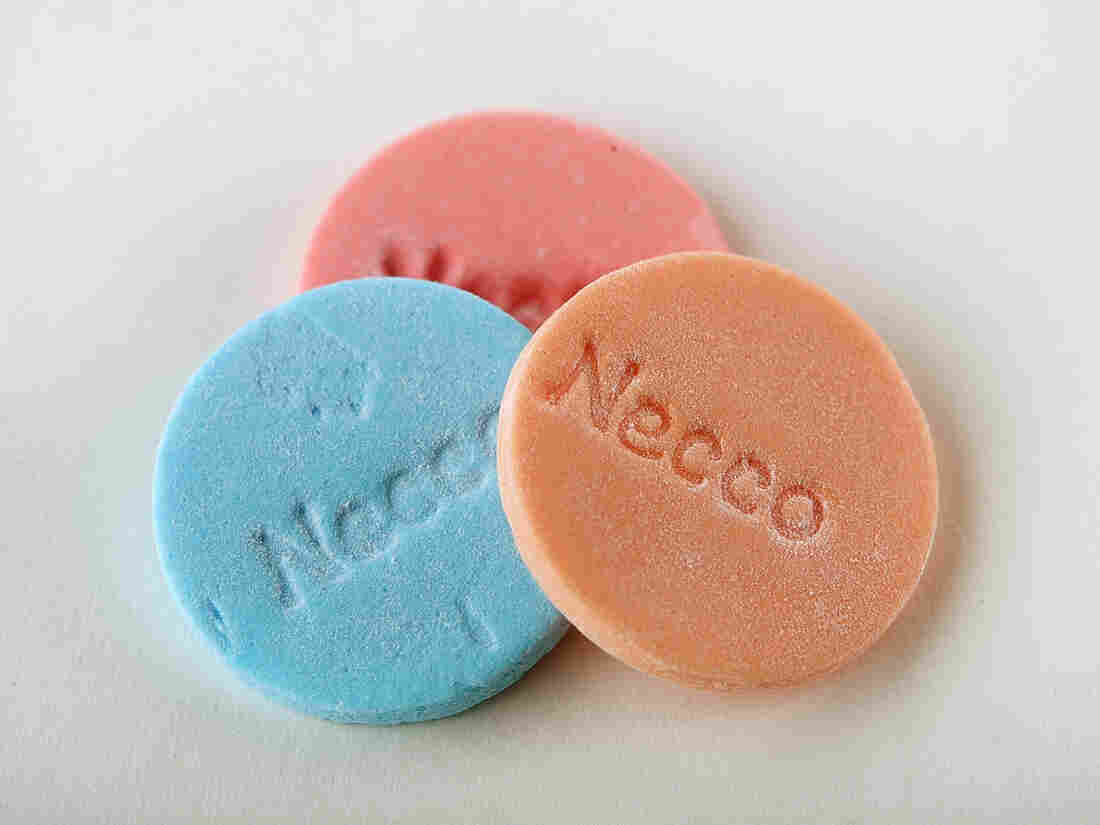 Rumors of the NECCO maker's impending demise have sparked a renewed interest in its products â especially its famous chalky-tasting wafers that some people love to hate. Dina Rudick/Boston Globe via Getty Images hide caption 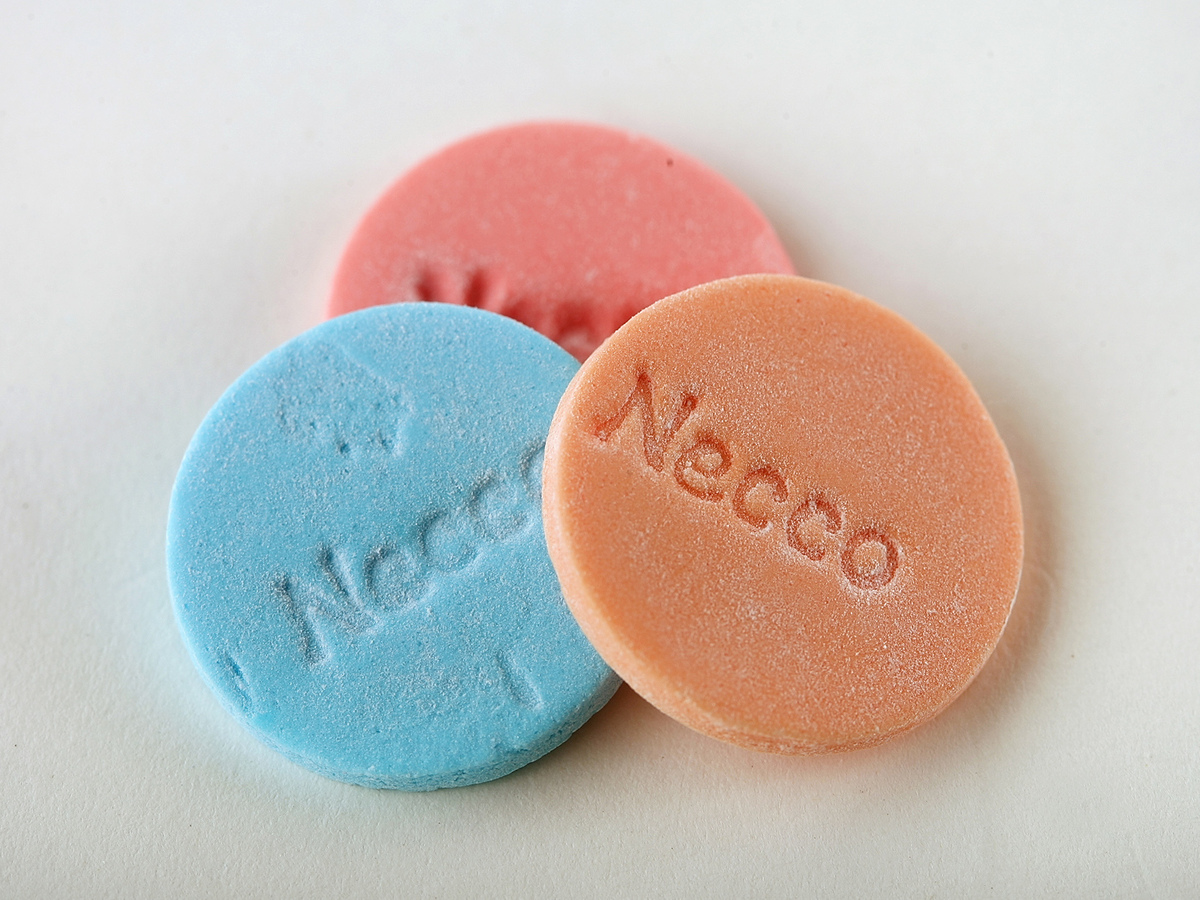 Rumors of the NECCO maker's impending demise have sparked a renewed interest in its products â especially its famous chalky-tasting wafers that some people love to hate.

NECCO wafers are a polarizing candy. Some online haters have compared the brittle sugar disks to chalk, or antacid tablets. But now, the company that makes them could soon close shop — and that's brought out some of the candies' very loyal fans.

At Sugar Heaven in Somerville, Mass., David Sapers points out that there is a lot more NECCO on his shelves than just those controversial wafers. NECCO buttons and NECCO Sky Bars share shelf space with the classic wafers at his store.

NECCO is an acronym for the New England Confectionery Co., which is in financial trouble. If its leaders can't find a buyer by early May, the company says it will have to shut down, laying off hundreds of workers at its factory in Revere, Mass. The company didn't respond to requests for an interview. But at Sugar Heaven, Sapers is getting ready.

"I just ordered 10 cases of [NECCO's products] yesterday, which were delivered on Thursday. So I did that because first of all, they don't go bad. They're going to last for a while, and just in case something happens, we have it."

Customers Inge Nakel and Michelle Scannell buy some candy, including a roll of NECCO wafers. The classic roll has an incongruous mix of flavors, including orange, licorice and clove.

"I love the chocolate ones," says Nakel.

"You can buy a whole roll of chocolate. That's the best thing in the entire world," Scannell says.

Those candy hearts with little amorous messages on them are a Valentine's Day staple, and Sapers says Sugar Heaven will buy up as many as it can if it looks like NECCO won't survive. And he is not the only one stocking up. 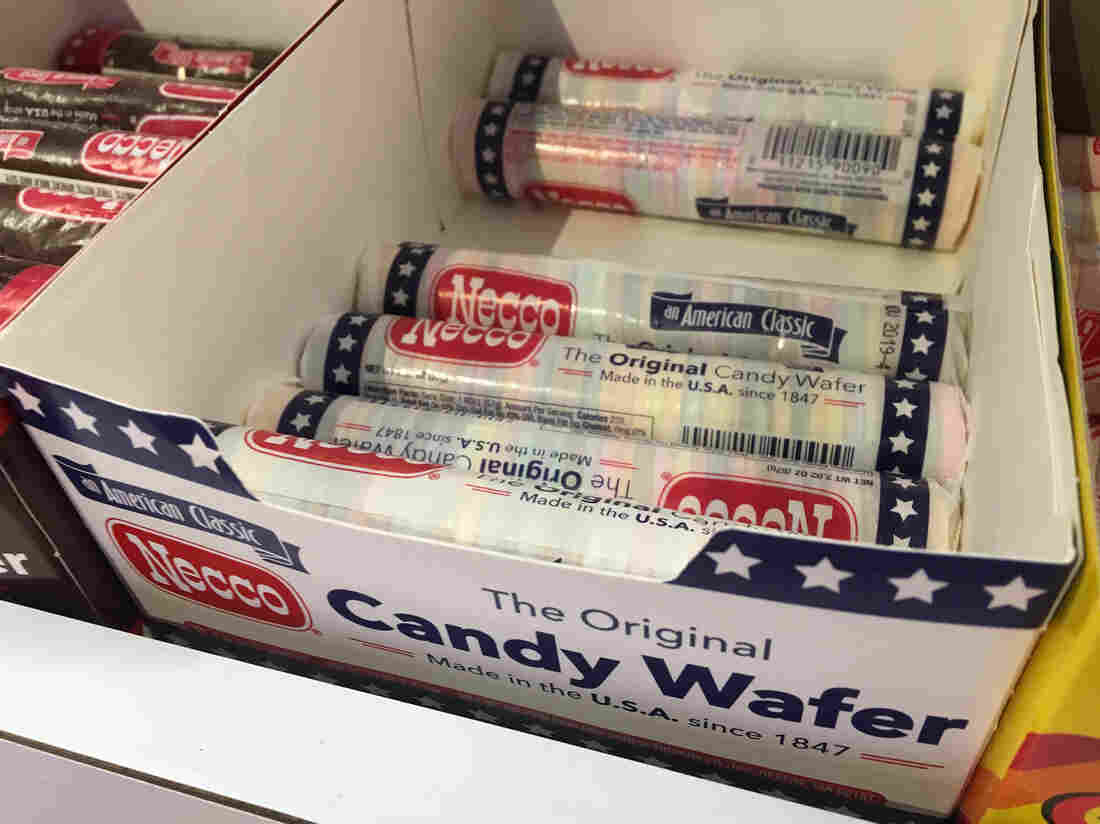 NECCO candies for sale at Sugar Heaven in Somerville, Mass. David Sapers says Sugar Heaven will buy up as many as it can if it looks like NECCO won't survive. Craig LeMoult hide caption 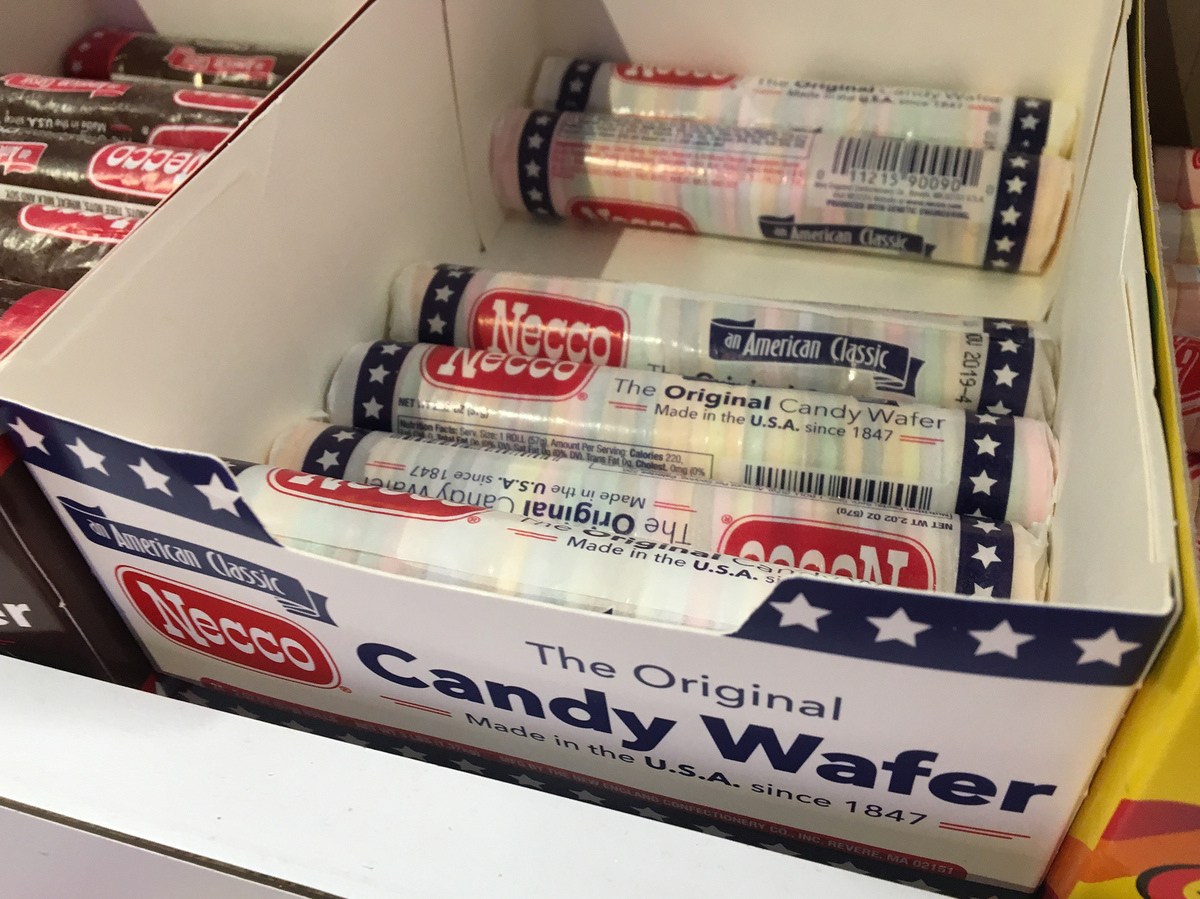 NECCO candies for sale at Sugar Heaven in Somerville, Mass. David Sapers says Sugar Heaven will buy up as many as it can if it looks like NECCO won't survive.

"Today alone we probably sold 30 cases. We're selling a lot," says Jon Prince, who runs the online retailer Candyfavorites.com. He says sales of NECCO wafers have spiked. One caller wanted to buy his whole inventory, but he is limiting the size of each sale. "And the person actually started to cry and they said they couldn't imagine a world without their NECCO wafers," he says.

NECCO traces its roots back to 1847, when the Chase brothers started making candy. It wasn't until a merger in 1901 that the firm officially became the New England Confectionary Co.

The famous wafers are memorialized by a small sculpture in a park in Cambridge, Mass., near where the company's factory once stood. The metal sculpture depicts a paper bag, with NECCO wafers spilling out of it.

I’m the guy standing next to a NECCO sculpture in the park, giving candy to strangers pic.twitter.com/WaRRlpotYt

Kelly Haugh, who works in the building next to the sculpture, is a huge fan of the candy.

"My mother-in-law, like, probably three years ago, found out that I was obsessed with NECCO wafers and started just buying them for me," Haugh says.

Every Christmas, her stocking is full of them. "So I think I liked them a whole lot more when I didn't have a cabinet full of them. But now I'm glad I have my stash," Haugh says.

She realizes not everyone is a fan. Its flavor and texture can be pretty controversial. "They're definitely not a normal thing for people to love. It's like people say they're chalky or whatever," Haugh says.

But standing near the statue, Joey Barbosa tried them for the first time and had a more positive reaction.

"Mmmm. They're very good. Crunchy, tasty. Pretty much it," he says.

Another NECCO fan, Spencer Ordway, is hoarding wafers, but not because of their tasty crunch. He runs a sleepaway camp in Maine, and for more than 70 years, at an end-of-summer carnival, campers have used NECCO wafers as a currency to play games and buy prizes.

"I had so many alumni and current staff contacting me today saying, 'What are we going to do? How can we save enough NECCO wafers to, uh, cover us for years to come?' " Ordway says.

So he went online and bought enough to keep the carnival funded for the next few years. And he says the camp's stash is safe, since he is not likely to be raiding it anytime soon. "I mean, it is really like chewing on chalk."

Even so, he is still hoping the company can pull through somehow, so NECCO wafers — and the company's other candies — will be available for generations to come.