Accessibility links
Rural Lands At Risk As Ranchers Prepare For Retirement : The Salt Universities and ranch land advocates are offering estate planning classes to ranchers with a goal of saving their land from redevelopment. 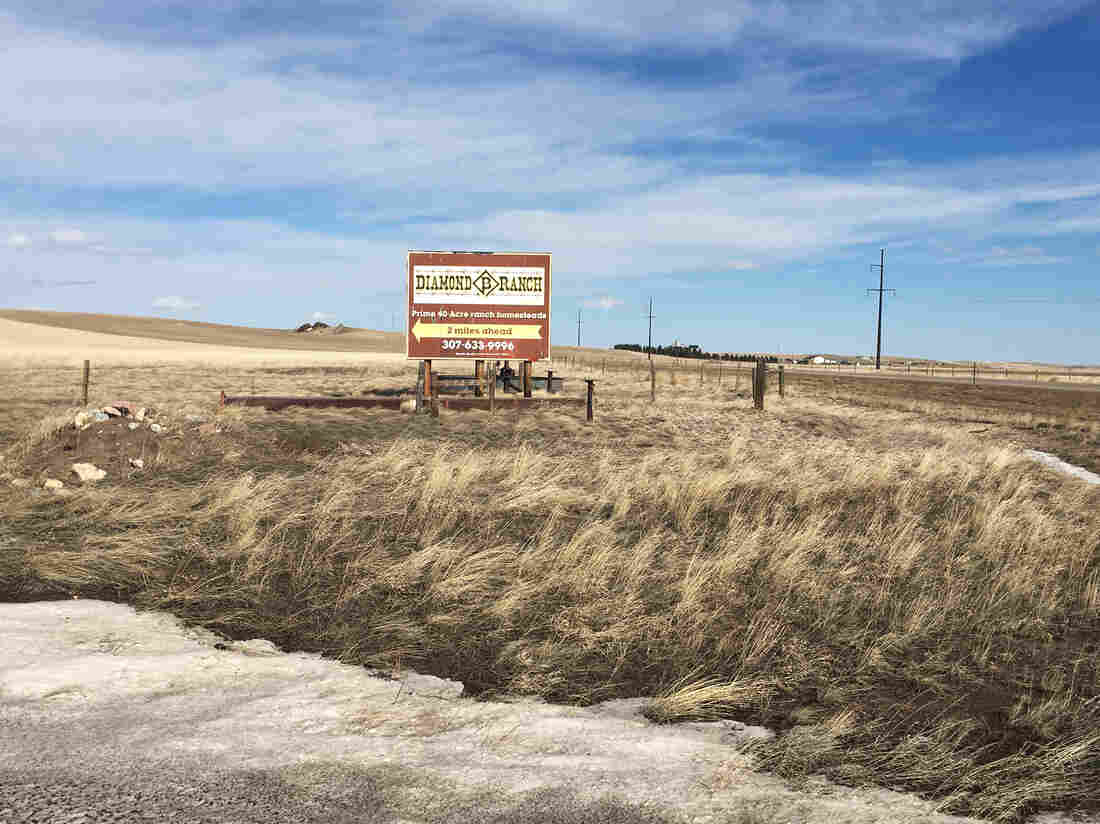 The Diamond B Ranch, north of Cheyenne, Wyo., is no longer a working property. It's been bought and subdivided by a realty company. Cooper McKim/Wyoming Public Radio hide caption 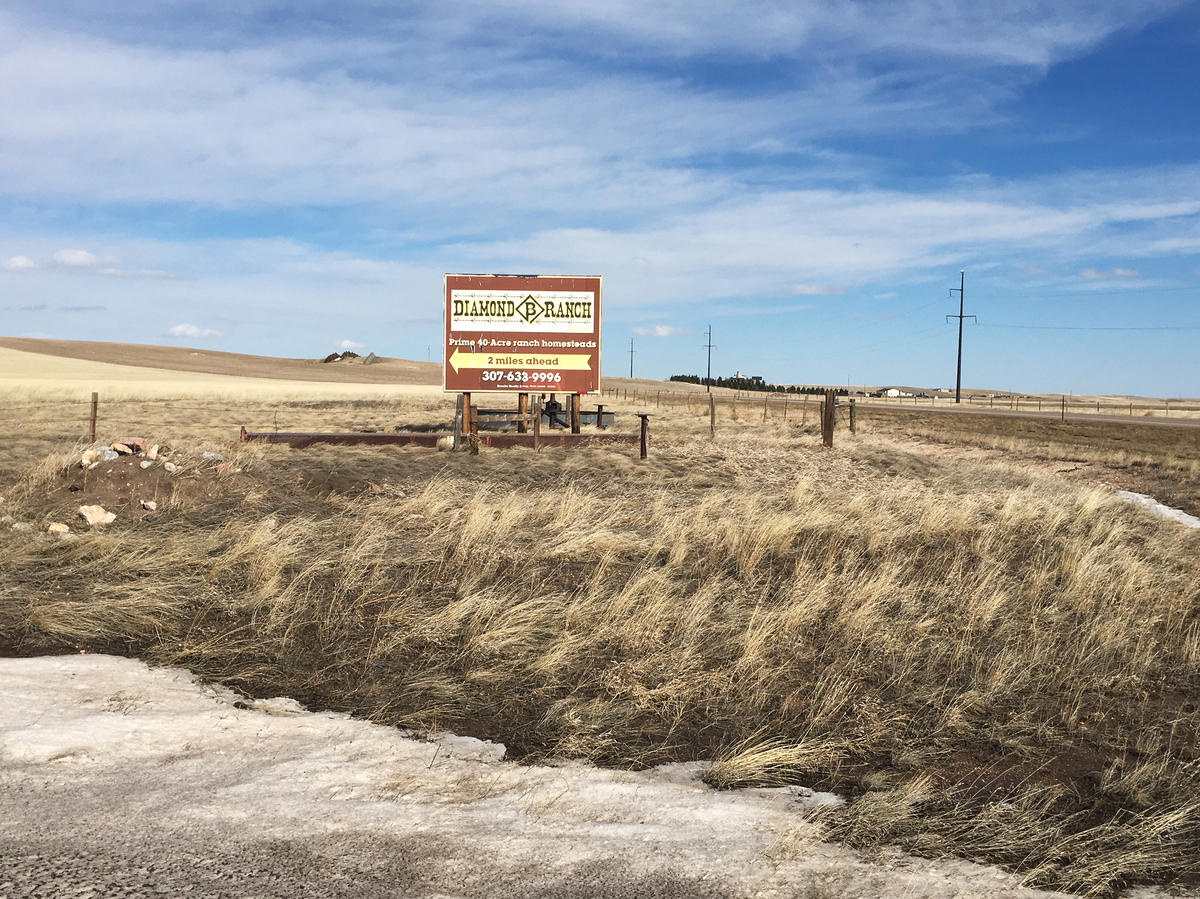 The Diamond B Ranch, north of Cheyenne, Wyo., is no longer a working property. It's been bought and subdivided by a realty company.

Outside of Cheyenne, Wyoming is an 8,900-acre former ranch where cattle and horses once roamed. Now it's just open land with nothing but grass. When the owner passed away he didn't have a succession plan. With no obvious heirs, a family member sold it. It eventually became subdivided and a realty company now advertises it for redevelopment primarily as retirement or vacation properties.

Lesli Allison, executive director of the Western Landowners Alliance, doesn't want to see more huge ranches like this one broken up into pieces, each with houses and utilities.

"Then that landscape then is fragmented and is really not available to support agriculture or wildlife and the other values we care about in these landscapes," she says.

That's why her organization and the University of Wyoming Extension offer estate planning workshops just for ranchers.

Passing on a ranch isn't as easy as simply writing it into a will. Poor planning mean losing your property entirely, leaving huge tracts of rural land to development or corporate agriculture.

"All the projections call for a massive transfer of land in the next decade," says Allison. "We're going to see many, many millions of acres of land change hands as these farmers and ranchers age."

In 2012, the average age of farmers and ranchers hit 58 years old, higher than the past two centuries — it's also up about eight years from three decades ago. According to a National Young Farmers Coalition report, 63 percent of farmland will need a new farmer in the next 25 years as older farmers retire.

In a recent online class at the University of Wyoming, farm and ranch specialist John Hewlett coached ranchers with the same kind of advice a lot of estate planners would give: Sit down with your family and talk about it. Do it now, step by step, so you don't have to worry about it later. Make sure everyone gets input. The goal in this case is to pass down the ranch to people who want it, so a tax burden doesn't force a sale and literally change the landscape.

Hewlett's webinar also touched on the importance of selecting the right successors — a challenge when fewer young people are interested. In 2012, only 6 percent of farmers were under 35. 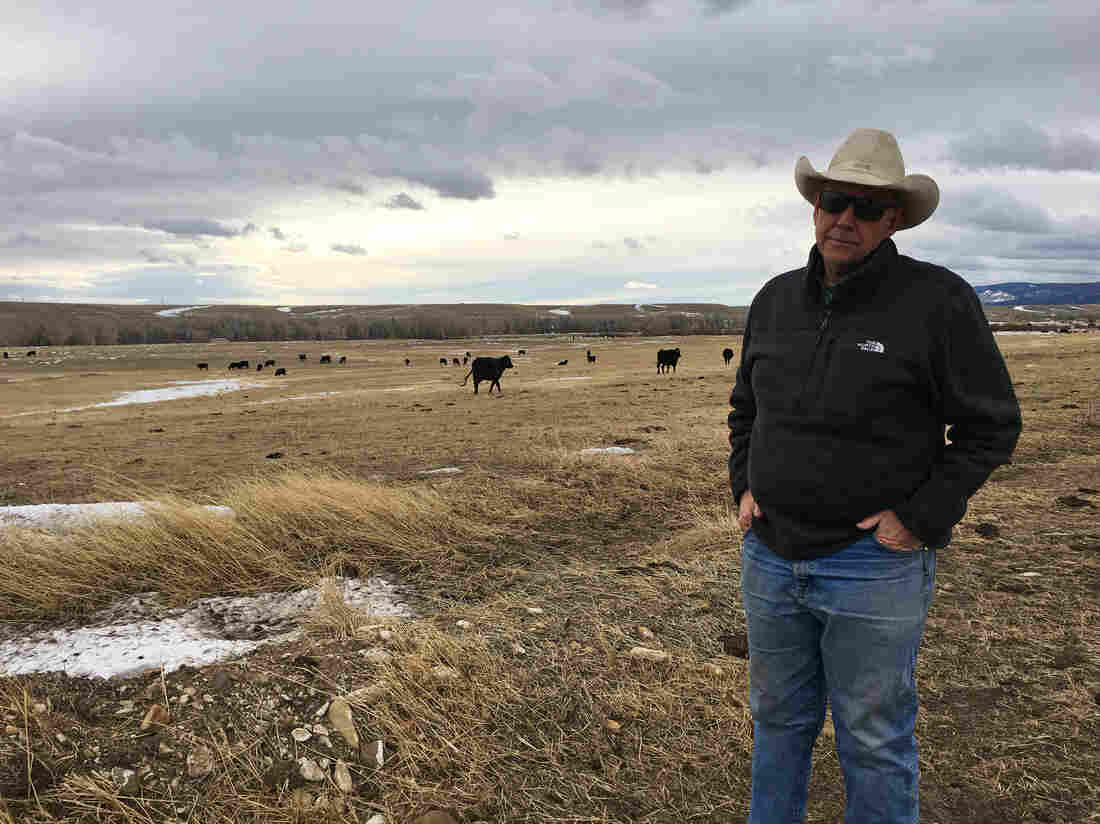 Rancher Les Dunmire, 66, says he's ready to retire but wants to make sure his children will not be forced to sell the ranch. Cooper McKim/Wyoming Public Radio hide caption 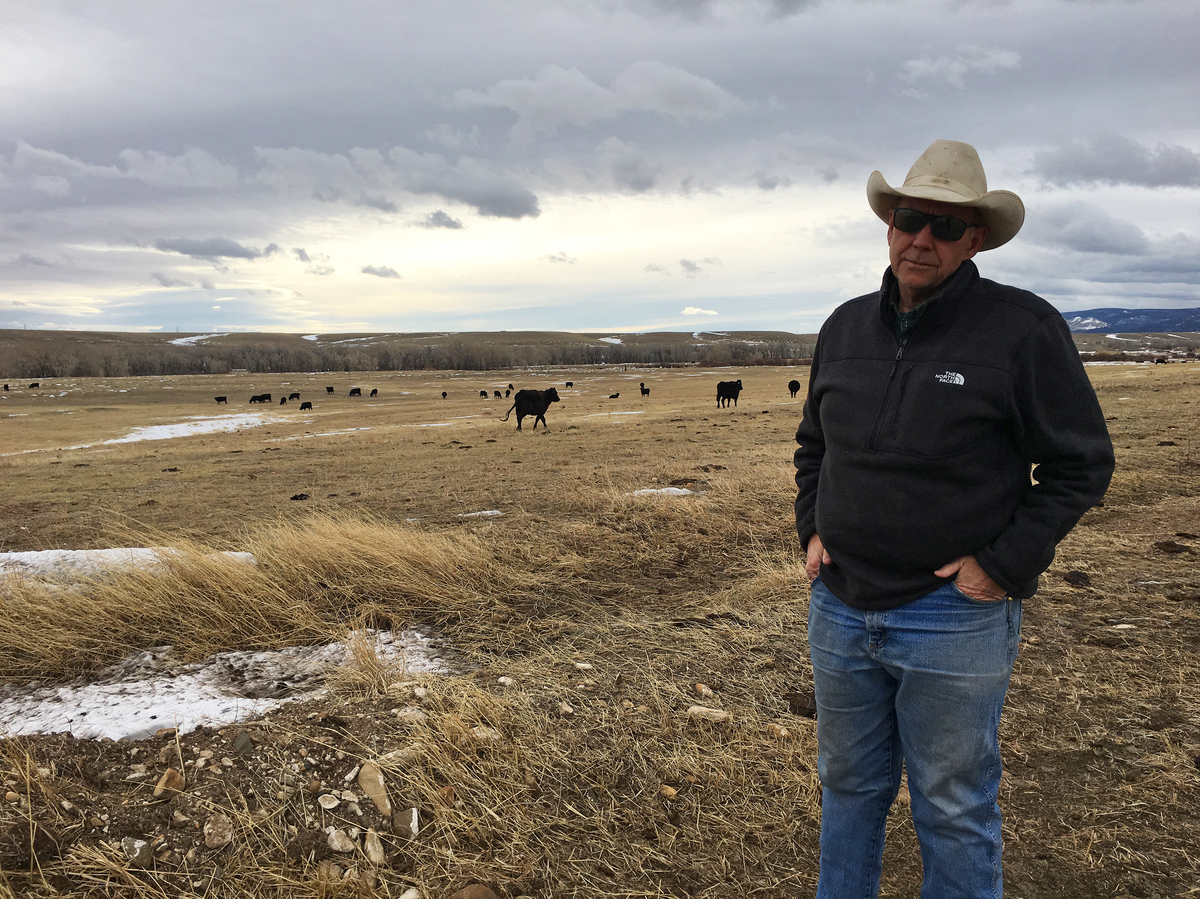 Rancher Les Dunmire, 66, says he's ready to retire but wants to make sure his children will not be forced to sell the ranch.

Rancher Les Dunmire has been planning for retirement for 26 years, since his kids were teenagers. He manages the Dunmire Ranch, a 106,000-acre ranch in southeast Wyoming with 1,800 head of cattle.He's 66 and ready to retire.

For him, that's meant dividing the property into six legal entities plus hiring accountants and lawyers to ensure his kids won't be forced to sell. He's done the best he can to keep ranching land open for ranching.

"That's my goal, is to be able to pass these ranches on in the best possible way I can to not only my kids, but my grandkids," Dunmire says.

Once he does retire, he plans to trade in managing cattle for more time with friends and family, and going to his grandkids' ball games.