Accessibility links
Unauthorized Immigrants Shy Away From Signing Kids Up For Food Aid : The Salt Fearing deportation, some families eligible for SNAP would rather face food insecurity than risk enrolling in the program. Food pantries are stepping up to help unauthorized immigrants feel safe.

Unauthorized Immigrants Shy Away From Signing Kids Up For Food Aid

Unauthorized Immigrants Shy Away From Signing Kids Up For Food Aid 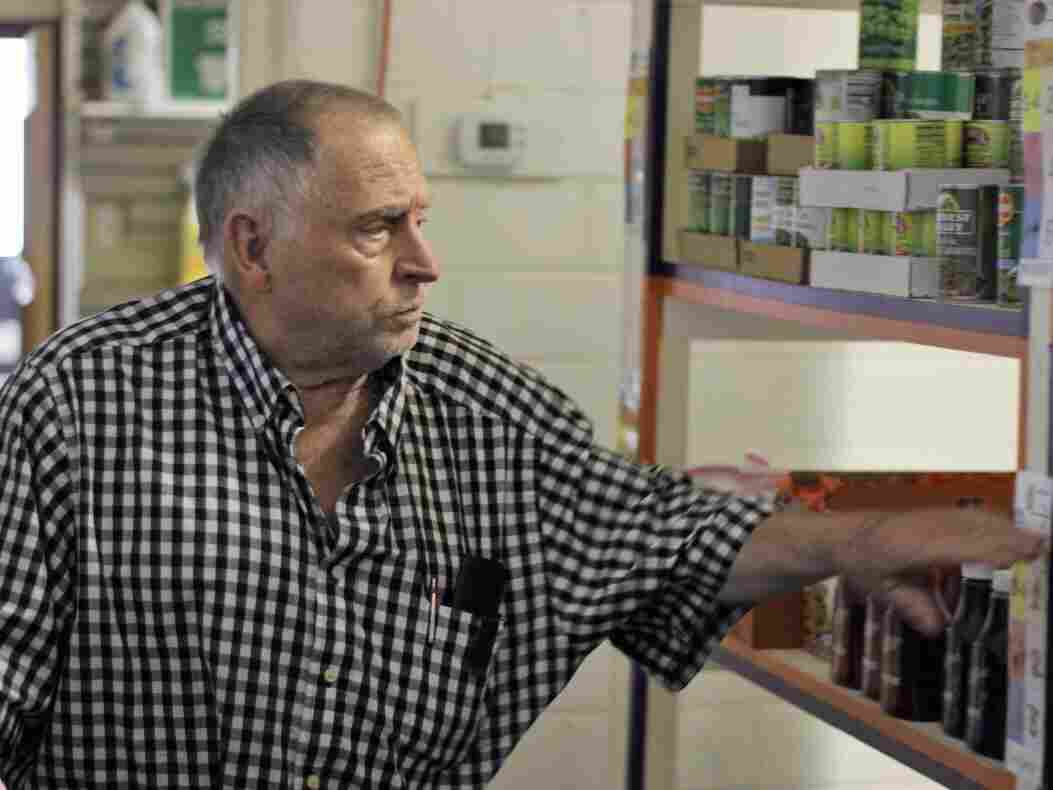 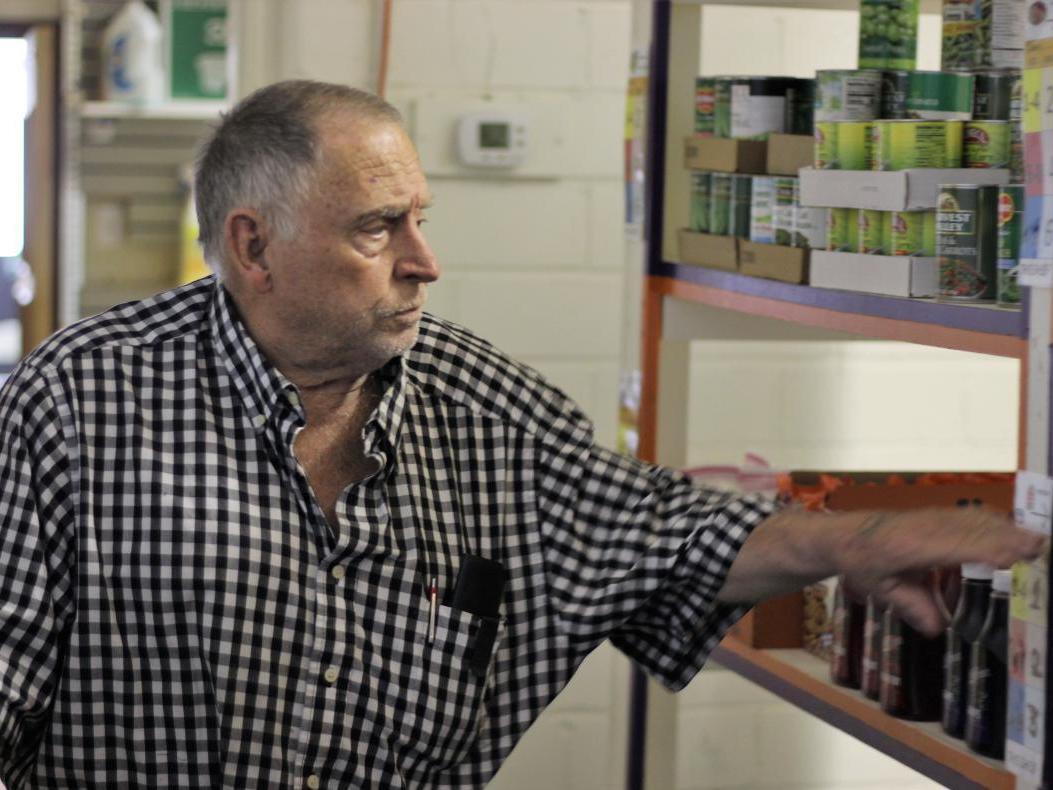 Leroy Bates shops at the Rising Up food pantry in Fort Morgan, Colo. Clients can visit it 13 times a year.

In the small city of Fort Morgan, Colo., 33-year-old Verónica delicately stacks cans of food into her mini shopping cart, strolling the narrow aisles of the Rising Up food pantry to gather eggs, milk, apples and an extra-large box of cereal.

"This [place] is really helpful for me," Verónica says in Spanish. She has asked not to be identified by her full name because of the sensitive nature of the topic. "Without it, I'd be left some days without any food."

Her cart is piled high with enough food to last about a week, because her monthly Supplemental Nutrition Assistance Program (SNAP) benefits "don't always go far enough" for her, her husband and her five young children.

Food pantries could play an increasingly important role for immigrant families across the United States. While unauthorized immigrants cannot receive food stamps, their children may be eligible if they're U.S. citizens and live in a household that's at or below 130 percent of the federal poverty guidelines — or about $2,600 a month for a family of four.

But advocates say these families have grown increasingly fearful of sharing their information with a government agency and would rather face food insecurity than risk enrolling in SNAP.

Anya Rose is a bilingual food assistance navigator with the hotline for Hunger Free Colorado, and speaks with families of unauthorized immigrants on a daily basis. Rose tells them their information cannot be shared with other government agencies, like Immigration and Customs Enforcement, or ICE. Still, some are unwilling to take what they believe is a serious risk.

Rose says she believes the Trump administration, which has supported policies targeting deportation of unauthorized immigrants and phasing out DACA, or Deferred Action for Childhood Arrivals, has stoked this fear.

"I think that we are seeing more people that are afraid to apply for food stamps or deciding not to re-certify, or ending their benefits even though they might be eligible," she says.

About 4 million children of unauthorized immigrants receive SNAP benefits, according to the U.S. Department of Agriculture. It isn't clear whether that number has decreased since President Donald Trump took office in January 2017, because the most recent data is from a 2016 report by the USDA. 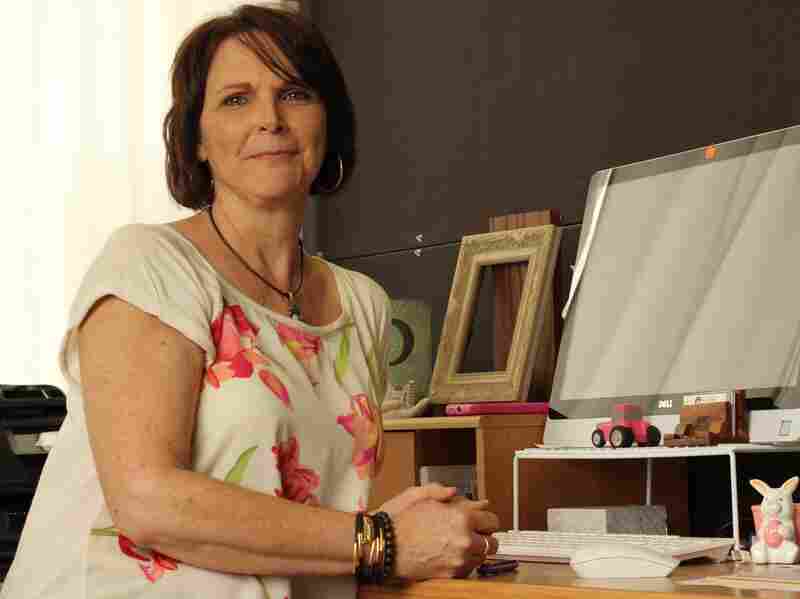 Rising Up director and co-founder Pam Hernandez said the organization's primary concern is to feed families no matter whether they're authorized to live in the U.S. Esther Honig/Harvest Public Media hide caption 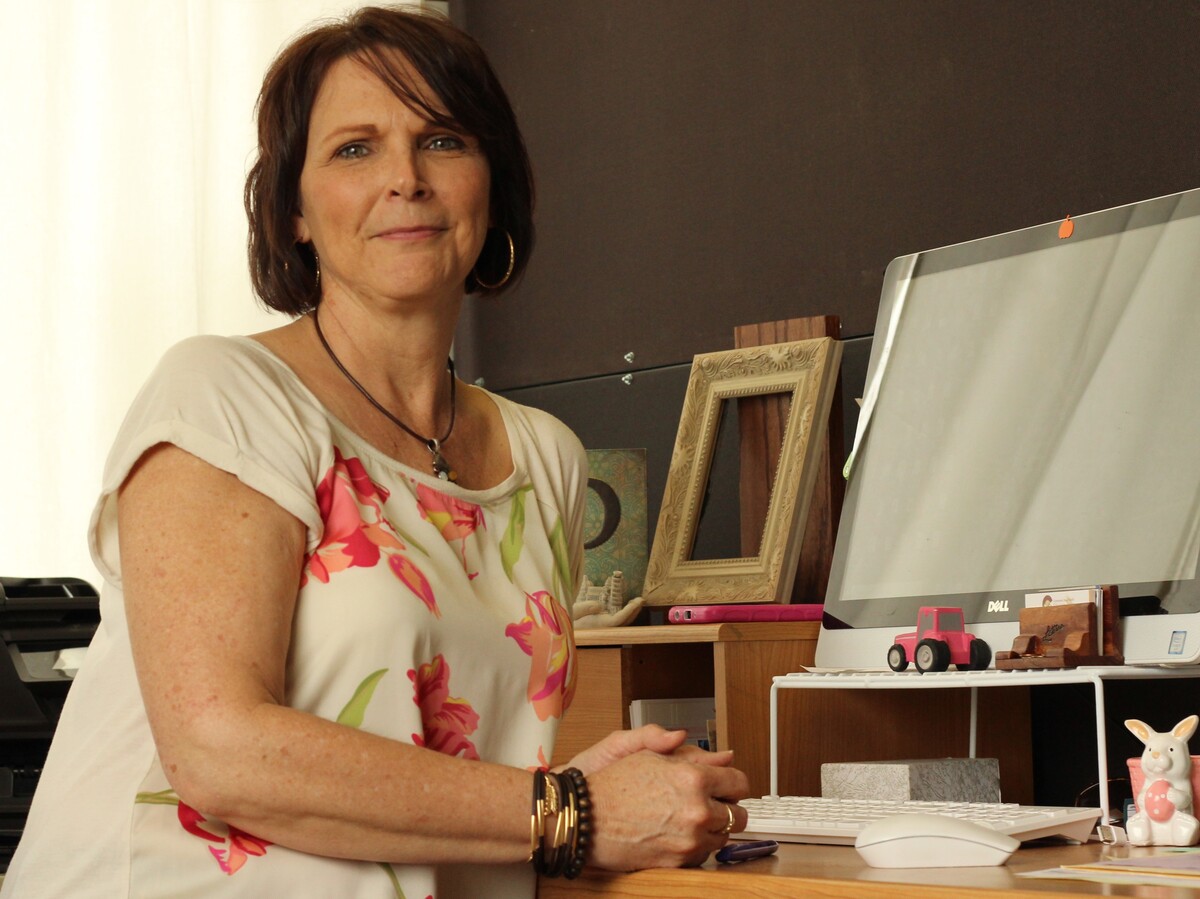 Rising Up director and co-founder Pam Hernandez said the organization's primary concern is to feed families no matter whether they're authorized to live in the U.S.

Rose will refer families who don't want to sign up for SNAP to local food pantries, many of which don't track how many clients are unauthorized immigrants.

Rising Up's director and co-founder, Pam Hernandez, suspects they don't get very many, but she's confident that if they're in need, they'll feel safe coming in.

"We always make it a point to let people know that it's not all about the paperwork," she says.

Her pantry serves 300 families a year, Hernandez says, and the majority rely on SNAP benefits. They're also likely to be new to the area, like Verónica and her husband, searching for work in one of the many local factories, like the Cargill meatpacking plant.

"A lot of times we see people that are just trying to get started and to get by, and so that's where we try to help them," Hernandez says.

Aurelia, 49, lost her job at a meatpacking house in January and started shopping at Rising Up. She's also on SNAP and volunteers at the pantry as a part of the program's work requirements.

Like Verónica, Aurelia asks that we not use her full name, because while she has legal residence in the U.S., her relatives do not. She said she knows of many families who won't risk signing up for SNAP.

"Yes, this happens a lot. They prefer to limit themselves from many things," she says in Spanish. "[To] go hungry in order to not run the risk."

Aurelia, who's lived in this community for 22 years, says the unauthorized immigrant population has feared deportations before, like during the 2011 immigrant raid at a nearby dairy.

"Of course there's fear throughout the community," she says. "But we came here to work."

And unless they're forced to leave, Aurelia says she and other immigrants aren't going anywhere.

This story comes to us from Harvest Public Media, a reporting collaboration focused on food and agriculture. This story is part of a series on the federal Supplemental Nutrition Assistance Program. Follow Esther on Twitter: @estherhonig