Accessibility links
How 'Peasant Food' Helped Chef Lidia Bastianich Achieve Her 'American Dream' : The Salt Bastianich grew up eating farm-to-table meals with her Italian family. After they fled Europe as refugees and emigrated to America, she drew on those childhood meals in opening her first restaurant. 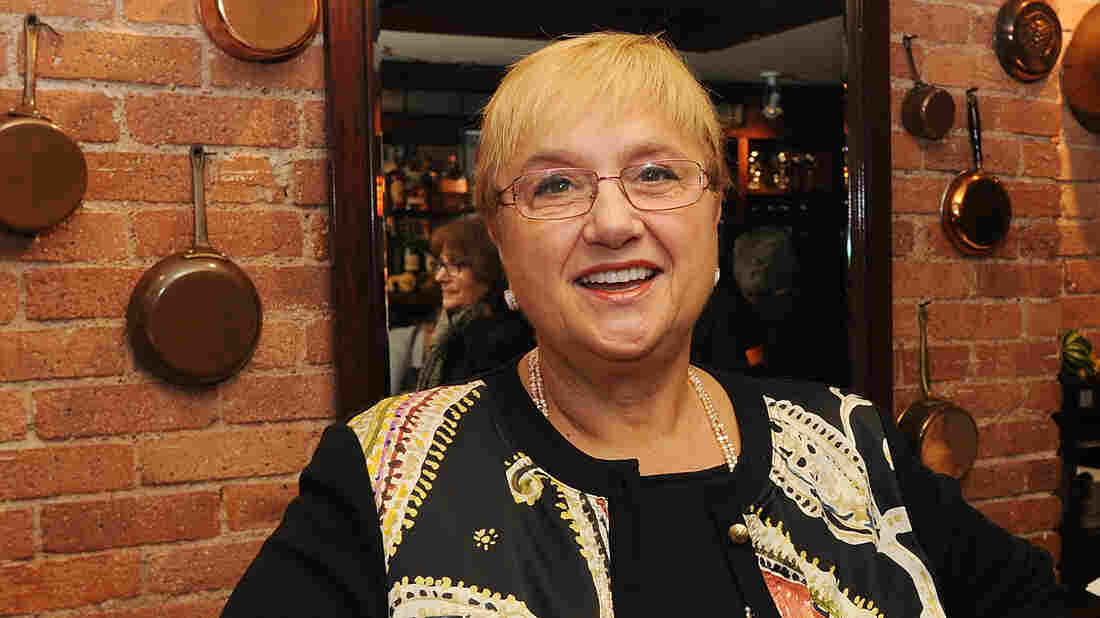 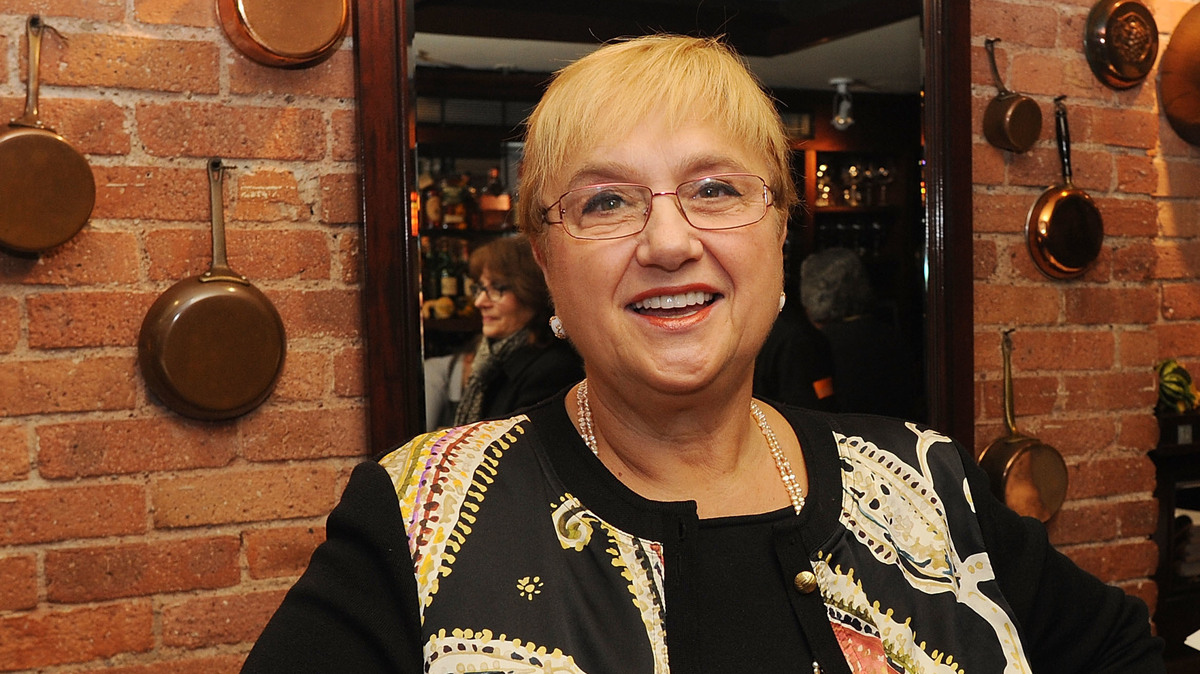 Lidia Bastianich owns restaurants in New York, as well as in several other cities.

Many of chef Lidia Bastianich's earliest memories are of her grandparents' village on the Istrian peninsula, which was part of Italy when she was a small child. The family ate what Bastianich now calls "peasant food," farm-to-table meals consisting of animals they raised and fruits and vegetables they grew.

Later, after Bastianich emigrated to America, she drew on those childhood meals in opening her first restaurant with her husband, Felice. "We brought the simple dishes to a level of service and presentation that was above what it would be in the home," she says.

Bastianich's peasant-style Italian food proved popular, and she went on to open more restaurants and to appear in cooking shows on public television. In 2018, she won the Daytime Emmy Award for outstanding culinary host for her program Lidia's Kitchen.

But Bastianich never forgot where she came from — or how her family became refugees after World War II, when their region of Italy became part of communist Yugoslavia. She writes about her family's escape from Yugoslavia and her love of food in the new memoir, My American Dream.

On growing up on her grandparents' farm, where she would bond with the animals that they would eventually eat 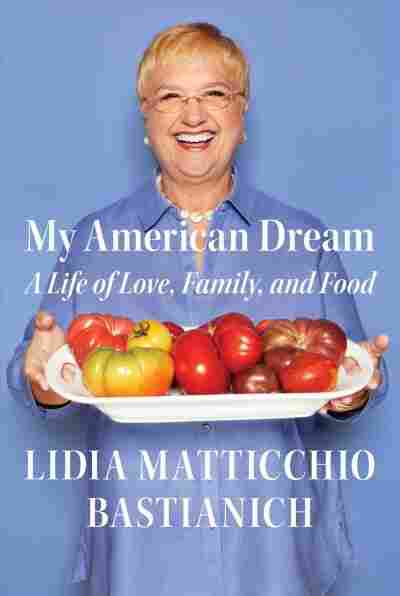 A Life of Love, Family, and Food

I loved the bunny rabbits. Small rabbits — when they came — we played and we cuddled them, and then two weeks later they were part of the dinner table. Somehow, this cycle of life, you accept it. You bond, you learn, you connect, you help to raise these little animals and they become adult animals and they become food. And when food is scarce, every morsel is really appreciated.

In a sense, you are grateful to these animals. You celebrate them in a way, because they are giving us life. And I think that the caveat here is respect — respect for food. We need to eat food, but let's not waste it at all. Let's respect the animals that feed us. ... That's the important element here, because I continued to certainly cook all kinds of meats. But I love animals and I respect them.

On how her family became refugees after World War II, when their region of Italy became part of communist Yugoslavia

There was the border and, of course, on the Italian side we had some family that was kind of left on that side. And we were on the other side, on the Communist side. So my mother decided that supposedly our ... great aunt Nina in Trieste [Italy], was not feeling well. And so we got a visa. And that's only the three of us — my mother, my brother and I — my father they wouldn't give a visa. He had to remain, you know, as a hostage in a sense so that the family [would] return.

We went to Trieste, visited the aunt, stayed with the aunt. The aunt looked fine to me ... and then about two to three weeks later my father escaped the border, literally walking about 50 kilometers, crossing the barbed wire fence with the dogs. They were shooting at him, but he made it. And we reunited in Trieste in 1956.

On how Julia Child encouraged her to start cooking on television

As far as television, when I was the chef in Felidia [Restaurant], ... one of the [people] that came was Julia Child, and with her, also, James Beard came for dinner. And she was very interested in risotto — how to make it. So we became friends, I taught her how to make risotto, and we continued our friendship.

She asked me to be on her show, the [Cooking with] Master Chefs series. And that's when the producer says, "Lidia, you're pretty good. How about a show of your own?" And that was 20 years ago. So I thought about it. She encouraged me. She said, "Lidia, you go ahead. You do for Italian food what I did for French food. You can do it."

[Julia Child] said, 'Lidia, you go ahead. You do for Italian food what I did for French food. You can do it.'

And I asked the producer for two things. [One] was that I'd be on PBS, because the platform is second to none for information and that's where I wanted to be. And the second request was that I tape it in my home. And that was purely because I was afraid of getting in a studio. I was never in a studio. I didn't know what cooking in a studio entailed. And I said, "In my home, I know my stove. I know where everything is." And so it began.

I can't help it when I watch the television to see those children in [refugee] camp. And yes, they run, they're joyful. But I know what they feel at night when they go to bed and how they think, "What's tomorrow? Are my parents going to be with me? Are we going to have a home? Am I going to make friends? Am I going to see my relatives again?" ... I know that those children have the same thoughts. So I feel really connected.

So hopefully me telling my story is a good story. It's a story of somebody that, yes, faced adversity like a lot of people are facing today. But given a chance, and working hard, and being spiritual, and staying strong to those basic values can take you to great places.

On the #MeToo movement in the restaurant industry

It's a sad subject and it is real. Maybe because of my matriarchal, if you will, position, I was always looked on with respect. But ... I tell women in the industry, and for that matter everybody, you need to give respect and you need to actually demand and get respect back. Have I seen it? It's unavoidable to see different things, and I've corrected it along the way as much as I've seen. But it is a reality there. And my case, it was always more of a family situation, my husband was always there ... and hence, mine maybe wasn't as direct. But it's an unacceptable issue which really needs to be addressed.

Therese Madden and Thea Chaloner produced and edited the audio of this interview. Bridget Bentz, Molly Seavy-Nesper and Maria Godoy adapted it for the Web.

Read an excerpt of My American Dream