Accessibility links
Dozens Of Victims Are Still Coping With The E. Coli Outbreak In Romaine Lettuce : The Salt "Most of them would really like to have their health back, but that's not going to happen," says the food safety lawyer representing 58 victims who fell ill after eating tainted greens from Arizona. 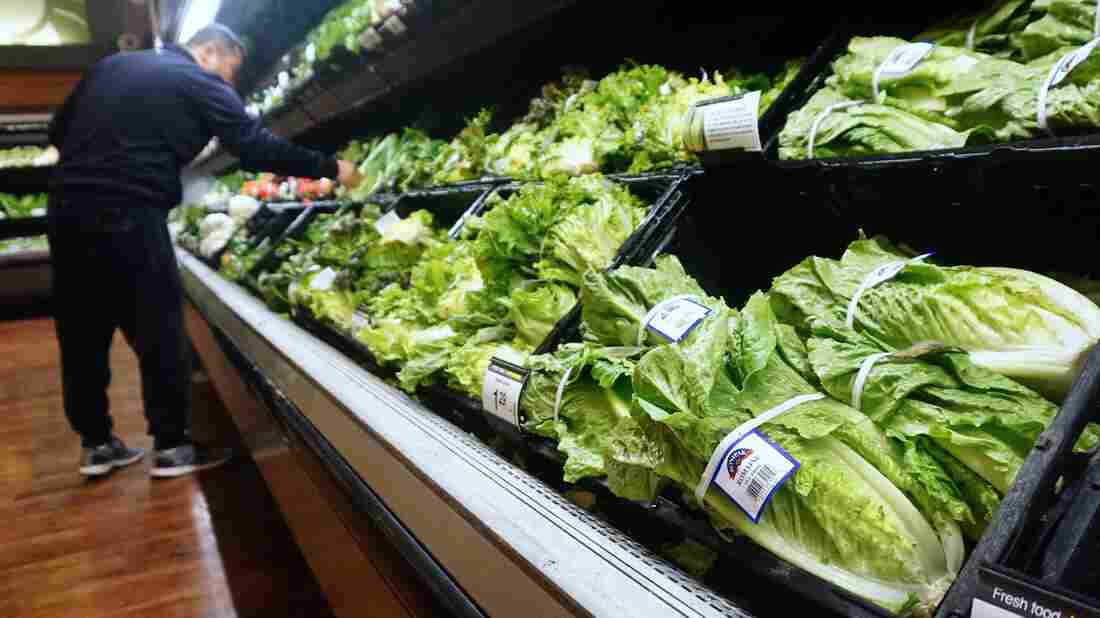 A man shops for vegetables near romaine lettuce for sale at a supermarket in California, where the first death from the E. coli outbreak was reported. Frederic J. Brown/AFP/Getty Images hide caption 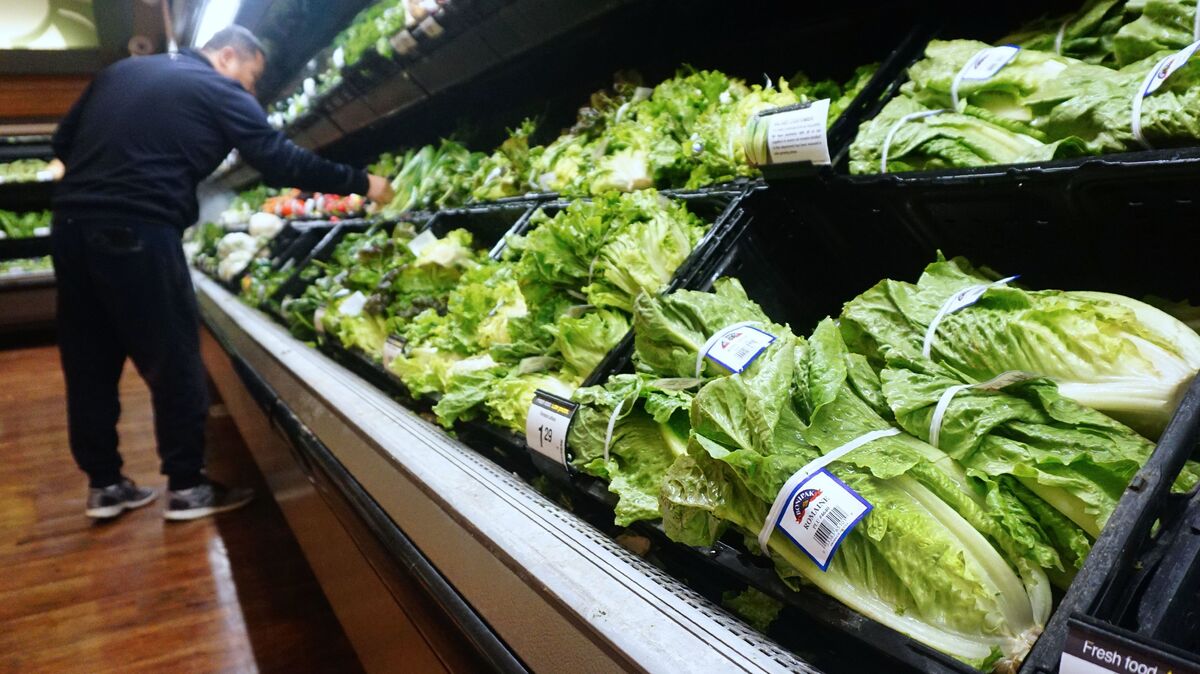 A man shops for vegetables near romaine lettuce for sale at a supermarket in California, where the first death from the E. coli outbreak was reported.

The Centers for Disease Control and Prevention is still advising people not to eat romaine lettuce unless they know where it was grown.

It appears the outbreak of E. coli bacteria, which began in March, linked to romaine lettuce grown in Arizona is over, but investigators still aren't exactly sure what caused one of the worst outbreaks of its kind in recent years. More than 120 people have been reported ill in more than two dozen states, and at least one person has died.

Here & Now's Jeremy Hobson spoke with with Bill Marler (@bmarler), a food safety lawyer based in Seattle. Marler is representing 58 victims who have become ill after eating romaine.

On how outbreaks of foodborne illnesses are traced

What happens is the CDC notices clusters of illnesses. And what the CDC [and the Food and Drug Administration do] is start tracing back from what those people ate to where that lettuce came from. They worked their way back all the way to Yuma, Ariz. And one of the big breaks in this case was that there were eight prisoners in Nome, Alaska, whose common denominator was they were in a prison together, and they all ate romaine lettuce, and they were able to track that specifically to Yuma to a particular farm because it came as whole-head romaine in a bag.

I think one of the flaws in the law is that traceability was expected to roll out a little quicker, and that's probably what the main problem is here. The ability for the FDA and state health authorities to be able to pinpoint where the outbreak happened is just not there. The technology exists, but we are really going to have to relook at the legal requirements — that producers have a much stronger ability to be able to know what product is being used when — so there's no ambiguity, and we can get to the cause of the outbreak much faster.

On whether restaurants should serve romaine lettuce during this outbreak

There was a little bit of ambiguity at the very beginning as to where the romaine came from. And so I think grocery stores and restaurants throughout the United States, out of an abundance of caution, were pulling the product. I think as things became clear that it was a Yuma, Ariz., romaine issue, restaurants and grocery stores started putting that product back on their shelves and back [as a] choice to their consumers. But you know, during an outbreak, it's a pretty good idea to pay attention to what's going on and pull the products off the shelf. The CDC has a great saying: It's "When in doubt, throw it out."

On his hopes for the victims he is representing in lawsuits

Most of them would really like to have their health back, but that's not going to happen. You know, the main thing I need to do is, especially for the some of the children who suffered acute kidney failure — they're going to have long-term problems — my job is to make sure that they've got the financial wherewithal to take care of themselves.

And I have a very strong interest in being able to trace it back to a particular source, so industry and government can help figure out why this thing happened. If it's waterborne, we need to know that and how to deal with that from an irrigation point of view. If it's an airborne E. coli outbreak, we need to know that and start thinking about where cattle production is in relationship to leafy-green production. But I think the goal here is to get to the bottom of it and make sure this doesn't happen again.