Accessibility links
The Bigger The Mother Fish, The More Babies She Has : The Salt Plus-sized mama fish have a size advantage over their petite counterparts: They can produce more eggs, and those eggs produce larger fish. It's a reminder that protecting big fish matters. 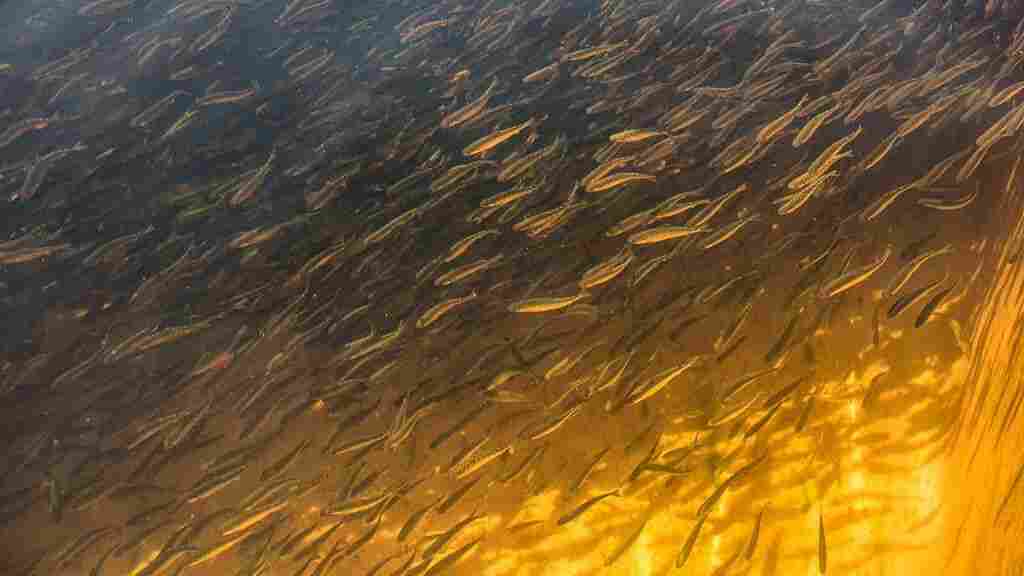 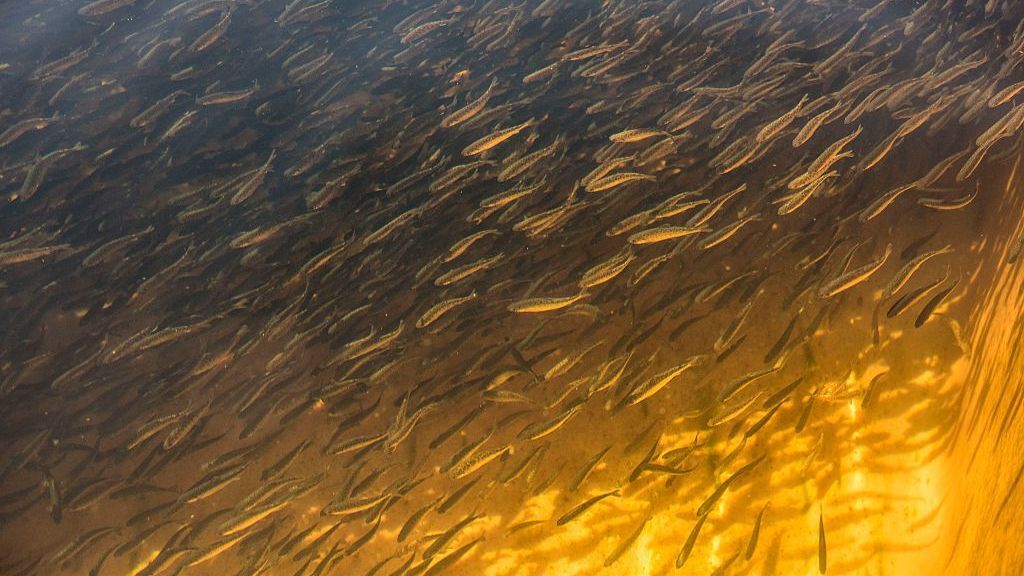 The biggest fingerling salmon in this Alaskan fish hatchery are likely born to the biggest mothers.

When it comes to motherhood, at least if you're a fish, big is better. Bigger fish produce more far more offspring pound for pound than smaller fish. And that can mean more on your plate.

The new research comes from a team in Australia and Panama and reinforces fishing practices that protect larger fish as well as marine protected areas, which are like fish "sanctuaries" in the ocean.

The researchers set out to see how much of an advantage size was in having babies. "So we went and gathered every bit of data we could for every kind of fish that grew in the ocean," says biologist Dustin Marshall of Monash University. (Well, not every kind, but 342 species.)

It's been known that for some fish species, being a bigger female means you'll have more eggs — a lot more eggs.

But the surprising thing that Marshall's team found was that bigger fish produce "massively more offspring and larger offspring than smaller fish," Marshall says. As fish grew larger, female fertility grew even faster. For example, take a 60-pound fish and compare it with a 4-pound fish. It's 15 times as big. But it produces 28 times the amount of eggs as the smaller one.

Marshall published the study in the journal Science.

He says it's a reminder that protecting bigger females is a good way to keep fish stocks plentiful. And that catching too many big ones will deplete the overall population. "If we actually think about maintaining these big fish we can actually get far more production than we currently have now," he says. He found that this relationship between size and high fertility shows up in 95 percent of the fish species he studied.

He credits Canadian biologist Tara Marshall (who is not related) of the University of Aberdeen with some of the earliest research on this phenomenon. "We're all kind of aware of it," she says of fisheries biologists. "But what's new about this paper is that it's just taking a step backward and sort of looking at it at a broader scale."

Tara Marshall says people who manage fish stocks, as well as the commercial fishing industry, do appreciate the value of keeping plenty of big females in a fish population. "I think it's interesting in that it's a cross-species sweep ... they secured data for 342 species."

Both researchers note that this "bigger is better" principle in reproduction could reinforce the importance of marine protected areas, where fishing is limited or banned. And where it's been shown that fish live longer and larger.