Accessibility links
From Collards To Maple Syrup, How Your Identity Impacts The Food You Like : The Salt When people are reminded of their cultural roots, the food representing that culture tastes better. Scientists could harness that food and identity association to help people eat more healthfully.

From Collards To Maple Syrup, How Your Identity Impacts The Food You Like

From Collards To Maple Syrup, How Your Identity Impacts The Food You Like 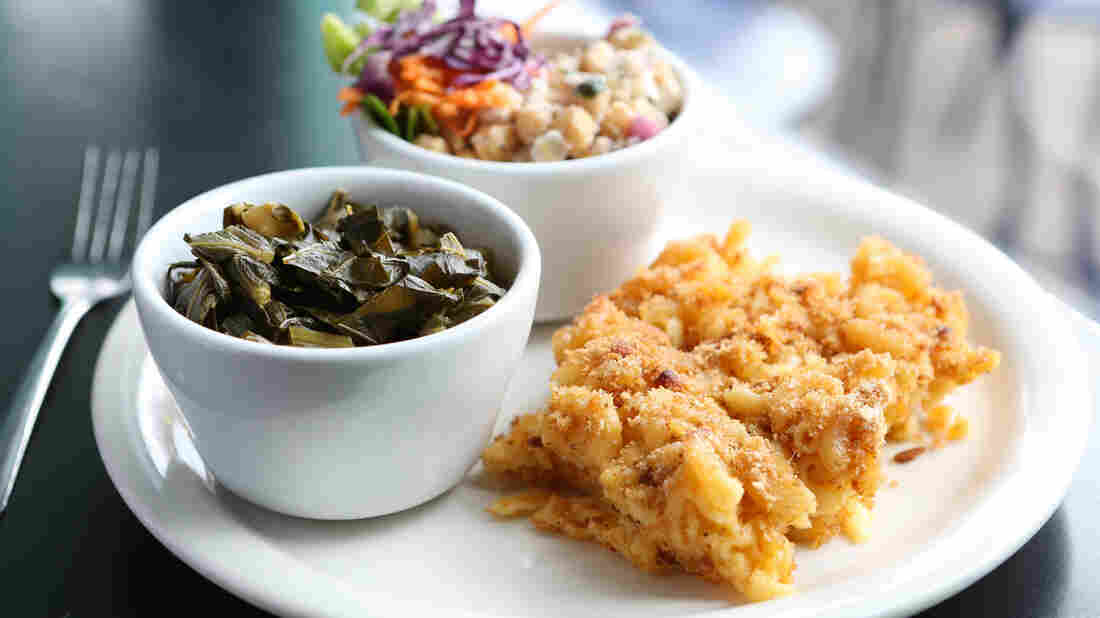 If you're Southern, the macaroni and cheese with collard greens may taste better to you than to someone from another culture. Glasshouse Images/Getty Images hide caption 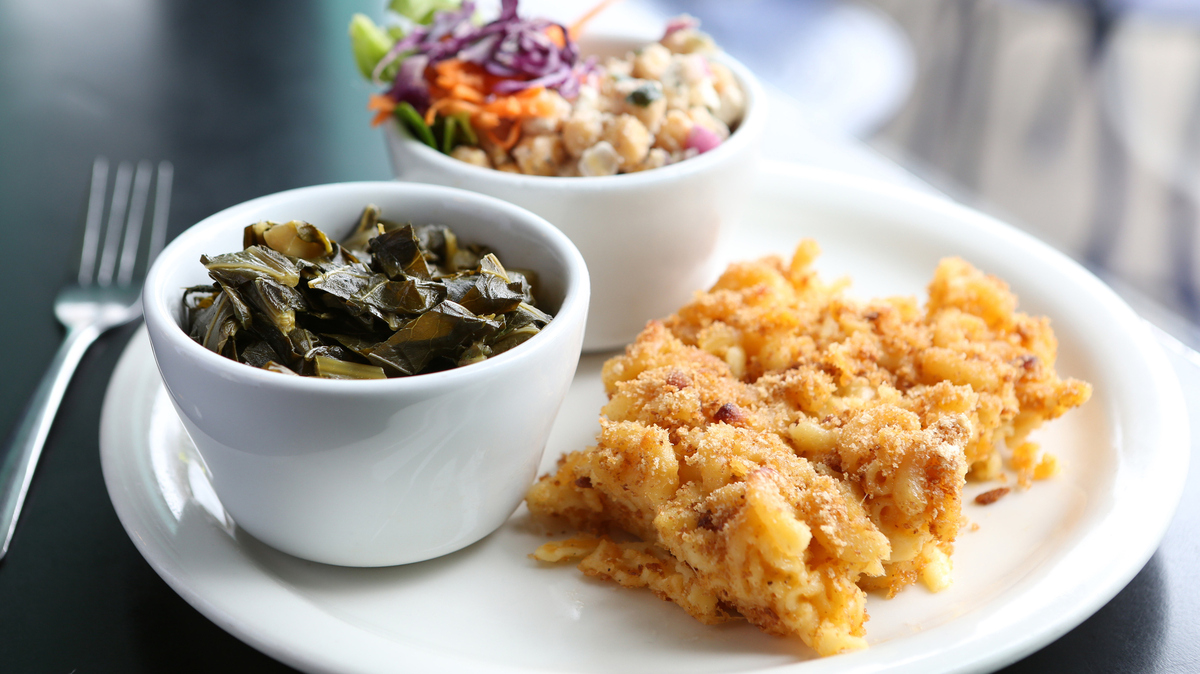 If you're Southern, the macaroni and cheese with collard greens may taste better to you than to someone from another culture.

When Van Bavel sips a beer from his hometown, there is a feedback between his taste buds and his brain. He's reminded of his Canadian-ness, he feels more Canadian, and Canadian beer tastes better to him than other beers.

So suggests a recent study in the Journal of Experimental Social Psychology, authored by Van Bavel, social psychologist at New York University and his colleagues. The researchers found that the stronger your sense of social identity, the more you are likely to enjoy the food associated with that identity.

The subjects of this study were Southerners and Canadians, two groups with proud food traditions.

The first experiment, containing 103 people, found that the more strongly someone self-identifies as Southern, the more they would expect Southern food to taste good, food like fried catfish or black-eyed peas.

In a second experiment, containing 151 people, researchers also found that when Southerners were reminded of their Southernness — primed, in psychology speak — their perception of the tastiness of Southern food was even higher. That is, the more Southern a person was feeling at that moment, the better the food tasted.

They found a similar result when taste-testing with Canadians, finding that Canadian test subjects only preferred the taste of maple syrup over honey in trials when they were first reminded of their Canadian identity.

Van Bavel says that this study shows that how you feel while eating affects your perception of how food tastes. Food preferences, like identities, are flexible and can change based on your environment.

"Southerners like Southern food, and that's not really surprising, but that's especially true when their Southern identity is activated," says Van Bavel. "If you were to activate a different identity, someone might have different preferences in that moment."

The researchers are not entirely sure why this happens.

Spoken Dish Asks Southerners: What Is Your Food Identity?

One possibility is that people are more sensitive to the different dimensions of the food when it's associated with their identity. Another idea is that familiar foods are self-affirming and therefore thought of as good.

"It's entirely possible that people will just import anything that reminds them of their identity as more positive," says Van Bavel.

The relationship between identity and food preference is not new. However, the use of priming to induce identity makes this study different from its predecessors.

"Priming is like opening a filing drawer and bringing to your attention all the things that are in the drawer," says Paul Rozin, food psychologist at University of Pennsylvania, who was not involved in the study. "You can't really change peoples' identities in a 15-minute setting, but you can make one of their identities more salient, and that's what they've done in this study."

The study helps us understand how people make complex food decisions in society with a great diversity of options.

And these food decisions start at an early age. Katherine Kinzler, psychology professor at Cornell University, recently published a study that shows that 12-month old babies prefer to eat a food when they see someone eat it who speaks their native language, as opposed to someone who speaks a foreign language.

"I think they're definitely looking out into the world and asking, 'What is my in-group eating and what aren't they eating?'" she says. "They're learning about the cultural norms of food selection really early in life."

Understanding the link between food preferences and identity can help us to better understand why people eat what they eat, and a better awareness of the cultural dimensions of food choices can improve strategies to get people to eat healthier.

"Instead of just trying to insert healthy objects into menus, you might have to re-market healthy foods around an identity to make them have an impact," says Van Bavel. "Ignoring identity makes food and health problems harder to solve."

Nutritionist and personal trainer Erika Nicole Kendall, founder of the blog A Black Girl's Guide to Weight Loss, thinks a lot about how to give nutrition advice that is sensitive to a person's cultural identity. In her work, she encourages people to seek out their cultural foods.

'Eat Up': How Cultural Messages Can Lead To Eating Disorders

"When people are trying to eat better, going back to their culture's foods is the best way to commit to what they're doing," she says, "because the commitment is more than weight loss or heart health – it's also a commitment to their own roots."

Something as simple as a food pyramid has identity implications. The food pyramid most Americans are used to – a little candy on top, a lot of bread and grains at the bottom – reflects a mainstream American diet, but may not resonate with everyone. Japan's food pyramid is a spinning top that highlights the importance of tea, and India's food pyramid has a special section for pulses (think lentils).

Identity is at the core of our food choices, whether we realize it or not.

As a nutritionist, she encourages clients to seek out their family's traditional recipes, and then works with them to find healthy alternatives that contain the flavors and textures of their cultural foods.

"It's good for you," she says, "but there's also meaning there."