Accessibility links
How Wall Street Brought Down Georgia's Suspicious Chicken Price Index : The Salt When a bunch of Wall Street investors sniffed out a potential price fixing scheme in the poultry business, they bet against big chicken. Then they targeted a price index published in Georgia. 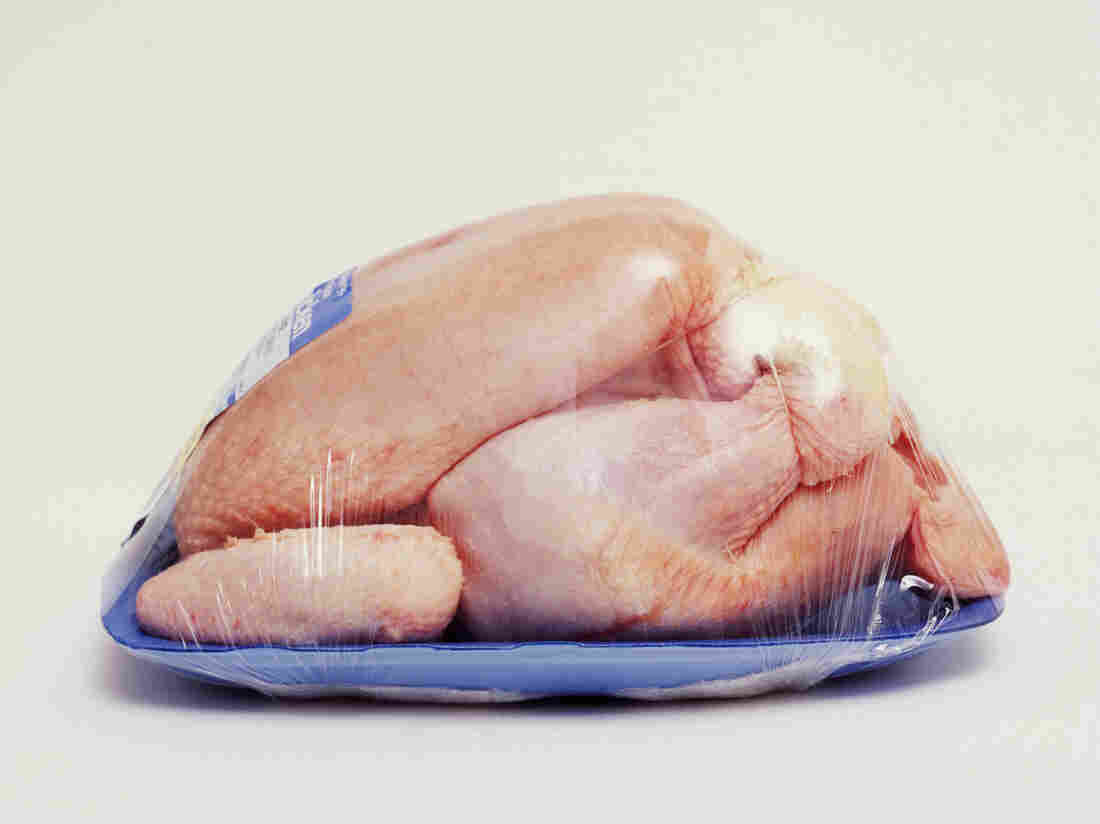 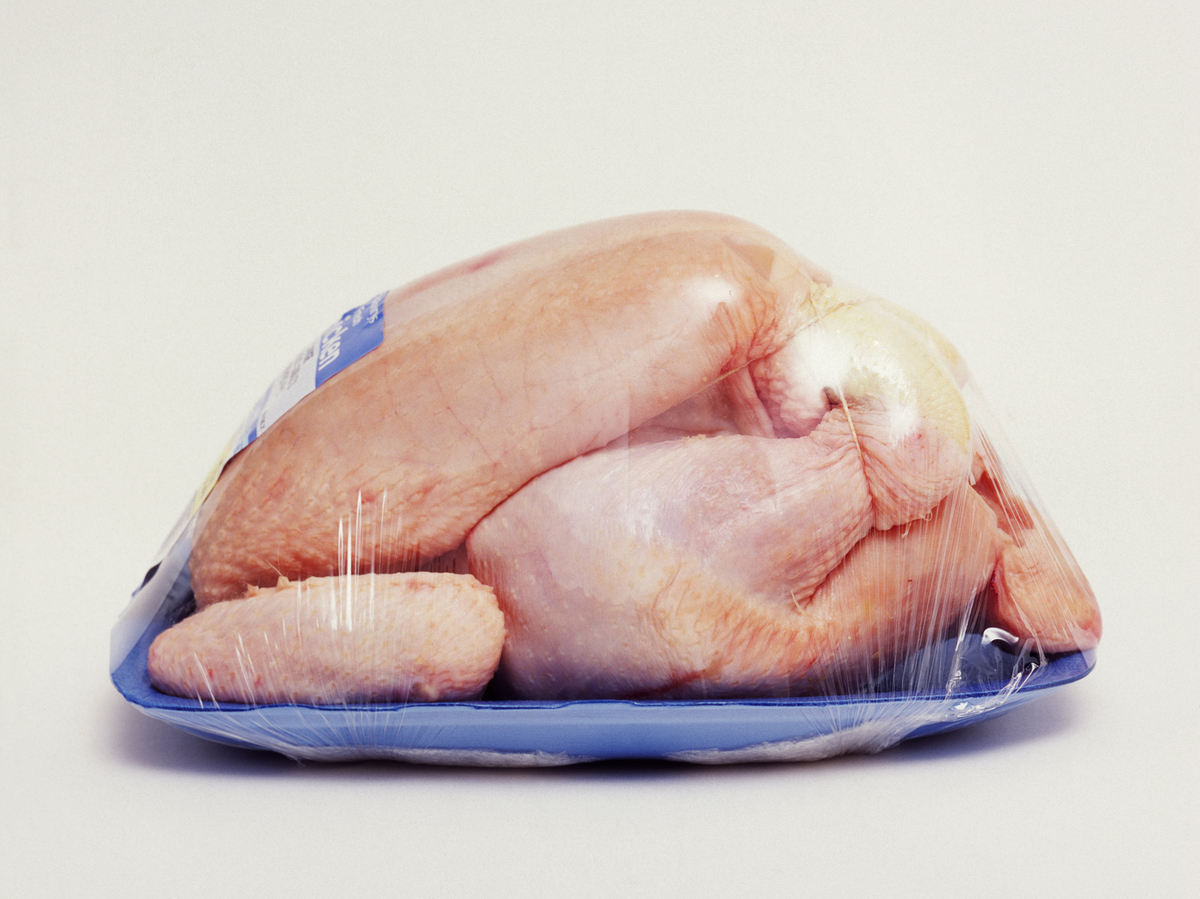 It's 2016. Stephanie Strom, a reporter at The New York Times, gets a hot tip from some of her Wall Street contacts. They're big investors, including hedge funds.

"They were betting that the price of chicken was going to fall," Strom recalls; chicken companies' profits would disappear, and their stock price also would take a hit.

These investors had "shorted the stock," Strom says. They'd put big money behind their bet that the stocks of chicken companies like Tyson Foods, Pilgrim's Pride, or Sanderson Farms would fall in value.

They were frustrated, though, because that bet wasn't paying off. "When you went to the grocery store, the price was either stable or even going up slightly. Which was probably driving those guys crazy!" Strom says.

But they had a possible explanation. Chicken companies, they thought, were keeping prices artificially high, and they were doing it by taking advantage of a guy sitting in an office at the Georgia Department of Agriculture.

Schronce was the department's gardening expert. He wrote a column called Arty's Garden. Occasionally, he'd celebrate Georgia's native flowers in videos that look like they were shot on a cell phone.

In 2012, though, he'd taken on a new job. He was the man in charge of Georgia's Poultry Marketing News.

This was a low-tech operation; Schronce just called big chicken companies operating in Georgia and ask what they were selling drumsticks and thighs and whole birds for that week. He put the average price in a newsletter and sent it out.

And because Georgia is the biggest chicken producing state in the country, Arty's prices were used across the industry. Sometimes they were part of a formula that supermarkets or big chain restaurants used to set the price that they paid for their chicken.

Those frustrated Wall Street investors noticed, near the end of 2015 and the beginning of 2016, that Arty's numbers looked strange. Other indexes of chicken prices, such as one published by the U.S. Department of Agriculture, had fallen sharply. Arty's numbers didn't fall. They were 30 percent or even 50 percent higher than other chicken indexes.

So the Wall Street guys hired a lawyer to start investigating.

And eventually, that lawyer got his hands on a document. A memo that Arty Schronce wrote to himself about this chicken price index.

It was a bombshell.

In this memo, Arty Schronce wrote that he didn't believe his own index anymore. When he called the chicken companies and asked for prices, they said things like, "Just keep 'em the same."

Arty just had to trust them; that's how this worked. Even though millions of dollars depended on those numbers, nobody had ever asked for invoices to verify that chicken sales actually happened at those quoted prices. The companies could have been making up those numbers, keeping prices high.

Schronce writes that he had "come to question the validity of some of the information provided." And he thought that the state of Georgia should not be running this index. The department should shut it down, he wrote, or transfer it to someone else and have them take responsibility for it.

Basically, this memo appeared to confirm the hedge funds' theory that chicken companies were fixing prices.

Within a day of the lawyer getting that memo, it had been passed on to the Washington Post.

When it was published, it destroyed the reputation of that price index. The Georgia Department of Agriculture stopped publishing it. This, of course, is what Arty Schronce had proposed in his memo. But some short-selling, profit-seeking Wall Street guys made it happen.

So the Georgia price index went away — and the funny thing is, chicken prices still didn't fall.

There are two competing theories to explain this.

One theory is, big supermarkets just ignored Georgia's price index when the numbers didn't seem right, and instead negotiated prices on their own. If that's what happened, any attempt to fix prices didn't work, and nobody got hurt.

But other people — including some big chicken buyers — maintain that there really was price-fixing, and chicken prices didn't fall because the companies that dominate the chicken business found other ways to prop up prices.

This is the central allegation in a lawsuit that a bunch of those big chicken buyers, such as supermarkets and restaurants, have filed against the big chicken producers.

The poultry companies deny the accusations. That case could take years to resolve.

As for Arty Schronce, he's now retired from the Georgia Department of Agriculture. I tried to reach him for this story, but he didn't return my calls and letters. Hopefully, he's somewhere peacefully tending his garden.