Accessibility links
Hey, Salad Lovers: It's OK To Eat Romaine Lettuce Again : The Salt The romaine that sickened 172 people in 32 states came from Yuma, Ariz., and is likely completely gone from the food supply. What's now for sale is from California. 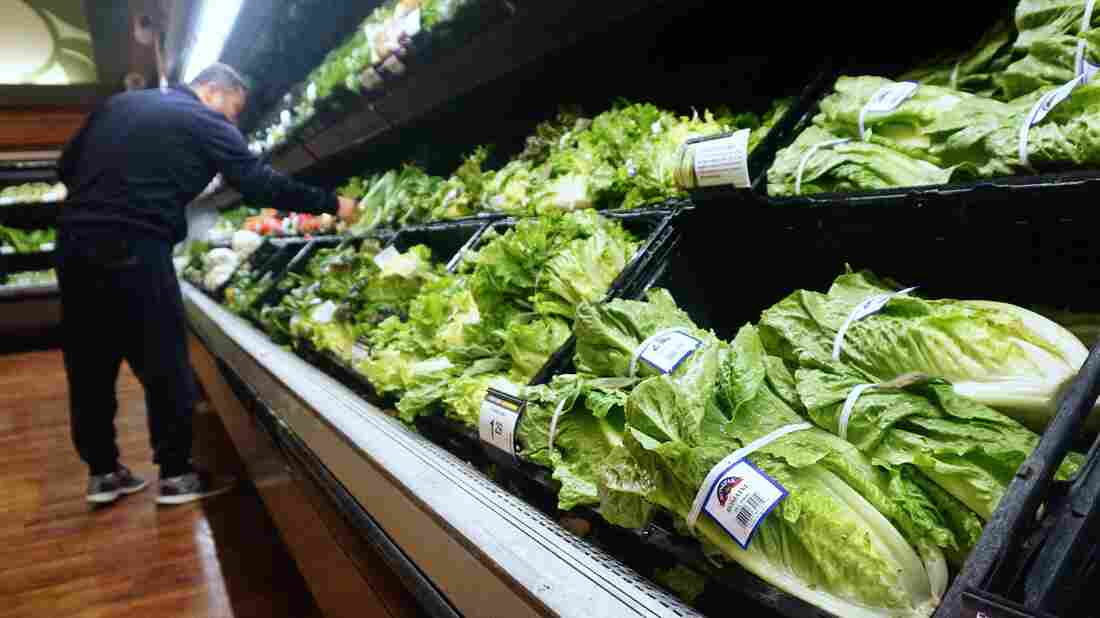 A man shops for vegetables beside romaine lettuce for sale at a supermarket in Los Angeles. Frederic J. Brown/AFP/Getty Images hide caption 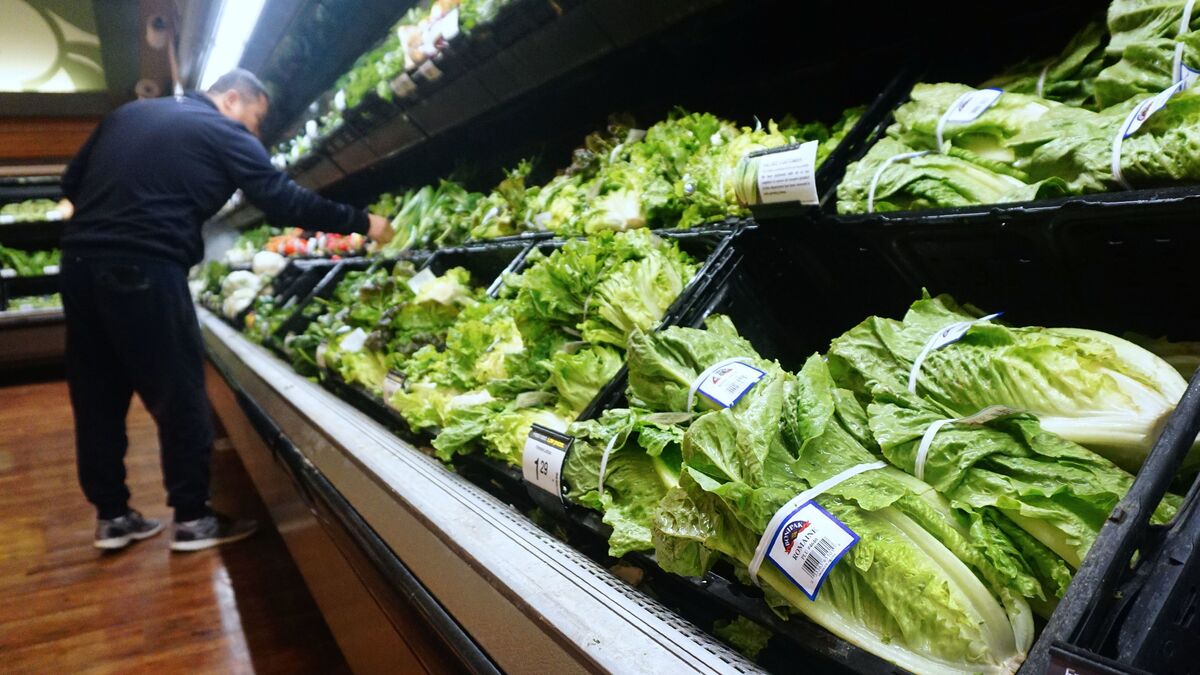 A man shops for vegetables beside romaine lettuce for sale at a supermarket in Los Angeles.

If you've avoided romaine lettuce because of the E. coli outbreak, you can start buying it again.

After weeks of warnings from the Centers for Disease Control and Prevention to toss out romaine grown in the Yuma, Ariz., region, the CDC says there are no longer any greens coming from this region.

The romaine that's for sale now in restaurants and supermarkets nationwide is coming from California's Salinas Valley.

In late March, officials at the state health department in New Jersey detected an increase in E. coli illnesses. When they interviewed people who had become ill, many said they had eaten chopped romaine salads. Laura Gieraltowski, who heads up the CDC's foodborne outbreak response team, says New Jersey was quick to share this information.

"When they reached out to CDC, we looked into our surveillance system and saw that we had E.coli illnesses with the same DNA fingerprint from other states," she says. And they had similar reports from people in other states who said they had eaten romaine before getting sick."

At that point, the Food and Drug Administration began a trace back and determined that the contaminated lettuce was grown in the Yuma region. But investigators could not nail down an exact source.

"Unfortunately, they weren't able to get it back to a single supplier, or distribution center, or a single farm. That's why we kept our messaging broad," Gieraltowski says.

The CDC's announcement in mid-April to avoid romaine from Yuma brought chaos to Taylor Farms, a large salad producer with operations in both Arizona and Salinas Valley, Calif.

"It blindsided us, and immediately a number of customers called," says Drew McDonald, vice president of quality and food safety. He says his company took action right away. "Immediately, we stopped all shipment of romaine coming out of the desert."

McDonald says the industry was right in the middle of its seasonal transition: The harvest season was winding down in Arizona — the last shipments of romaine from the region were harvested April 16, so that lettuce is now well beyond its 21-day shelf life.

The week the CDC issued its warning, Taylor Farms had just begun to harvest and ship out greens grown in its California fields. These greens have not been linked to any contamination. But people were confused: How were they supposed to know where their greens were coming from?

"It was easier, in many cases, for our customers just to stop [buying] romaine," McDonald says. After talking to his customers — who buy greens for chains and institutions — he was able to reassure them, he says.

After a big foodborne illness outbreak linked to baby spinach back in 2006, the leafy greens industry put in place a number of procedures to prevent contamination. "Prevention became the major focus after that outbreak," says Michele Jay-Russell, a food safety researcher at the University of California, Davis.

"They set up intensive testing protocols to monitor water quality," Jay-Russell says. The industry also agreed on standardized setbacks — or buffers — to separate growing fields from livestock operations, which can be a source of E.coli contamination. "You want a safe distance from where you're growing fresh produce and where you have concentrations of animals, like on a feedlot or dairy," she says.

As a result of these protocols, the safety record has improved. "The reality is [when] you're growing produce outside, you can't make it entirely sterile, so there's always some level of risk," Jay-Russell says. But the protocols in place help reduce the risk.

"The amount of food safety attention [in the leafy greens industry] over the last 10 years is remarkable," McDonald says. "It's our singular focus."

Investigators still don't know what happened in the Yuma region. Their investigation continues. It's possible that runoff from a livestock operation contaminated a water supply, but that's just one theory.

The CDC's Gieraltowski says the source can be hard to nail down. "There's so many points in the distribution chain that leafy greens go through," she says. From the farm to processors to shippers, "there's a lot of different places for contamination to occur."

But now that lettuce grown in the Yuma region is likely no longer being sold in supermarkets or served in restaurants, Gieraltowski says, "We hope people can enjoy their romaine lettuce again."