Accessibility links
VIDEO: Hunting For Morels, The Most Delectable Mushroom Of The Forest : The Salt The elusive morel is one of the most sought-after wild mushrooms. Expert foragers typically don't like to disclose their favorite picking grounds to others. We got one to share his tips.

Nick Spero has a big secret.

It has to do with where to find one of the most sought-after mushrooms of the fungi world: the morel.

Spero, who is a biologist, is also an expert forager. He has been doing it for more than 50 years. Springtime is a highlight, because that's when morels are in season. He thinks morels are the most delicious wild mushroom out there. And since a lot of other mushroom foragers tend to agree, they don't like to readily disclose their favorite picking grounds to others.

It took only a little bit of pleading to get Spero to tell me where to meet him to hunt together for morels; unfortunately, all I can relay to you is that it was somewhere in Maryland, a hair north of Baltimore City. 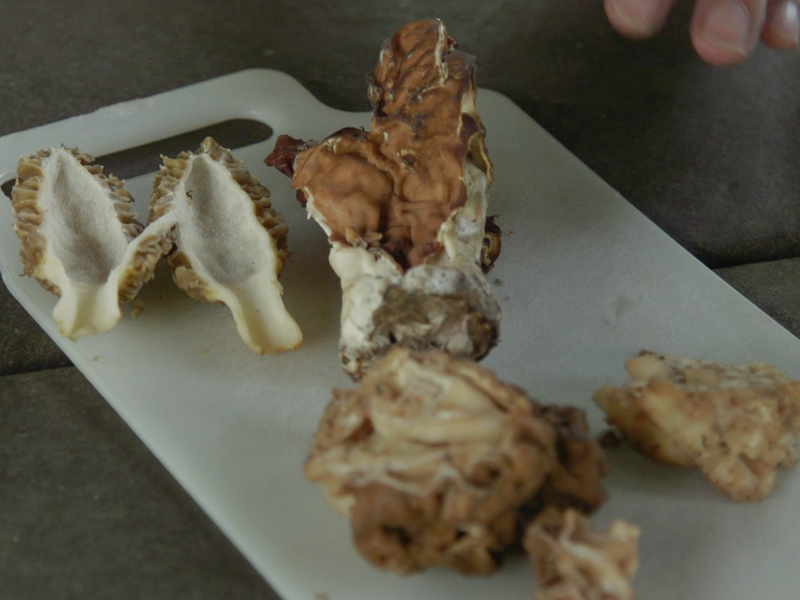 A true hollow and symmetrical morel cut in half compared to false morels, which are not hollow or symmetrical when cut in half. Maia Stern/NPR hide caption 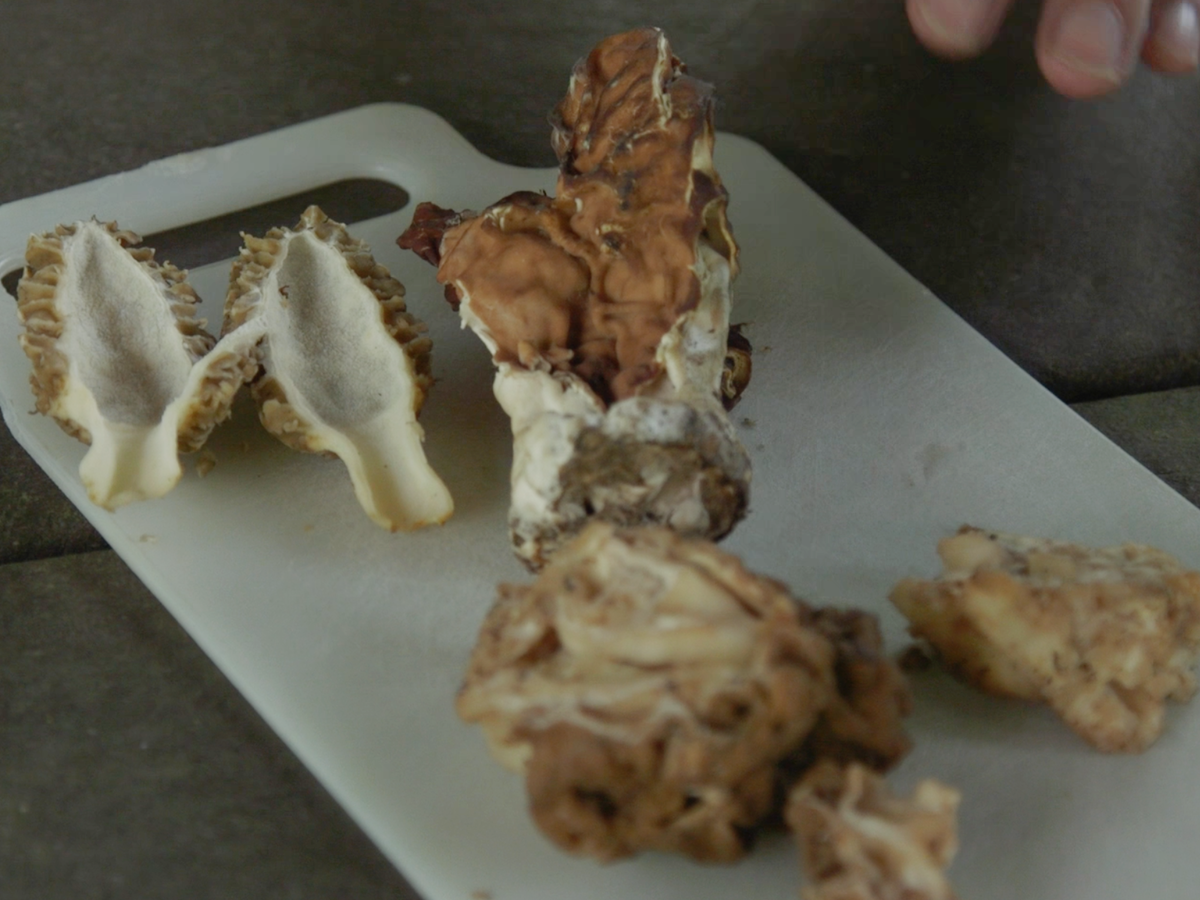 Spero learned to hunt from neighbors of his father's farm in central Pennsylvania. "During morel season, people would park on one side of the mountain and pick on the other," he says.

The morel season doesn't last long, so it helps to know tips and tricks on where to look within a certain habitat.

Spero says he has found morels growing near tulip trees, elm trees, ash trees, black locust, spicebush and more. But would-be foragers shouldn't dawdle: He says once the flowers on these trees have opened, morel season is essentially over. 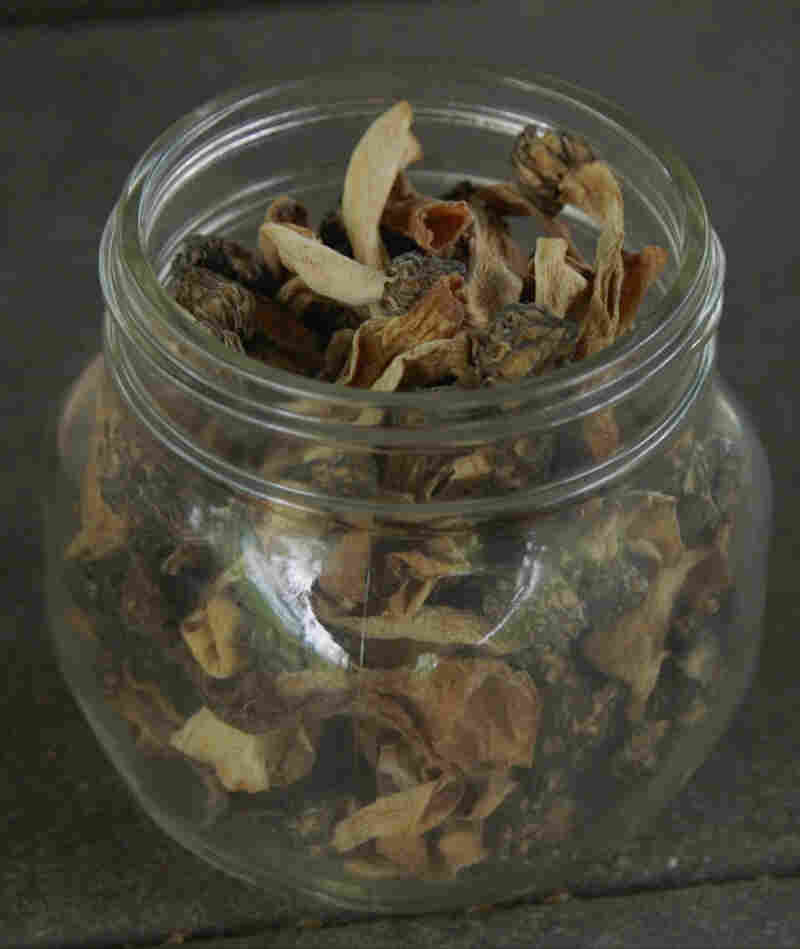 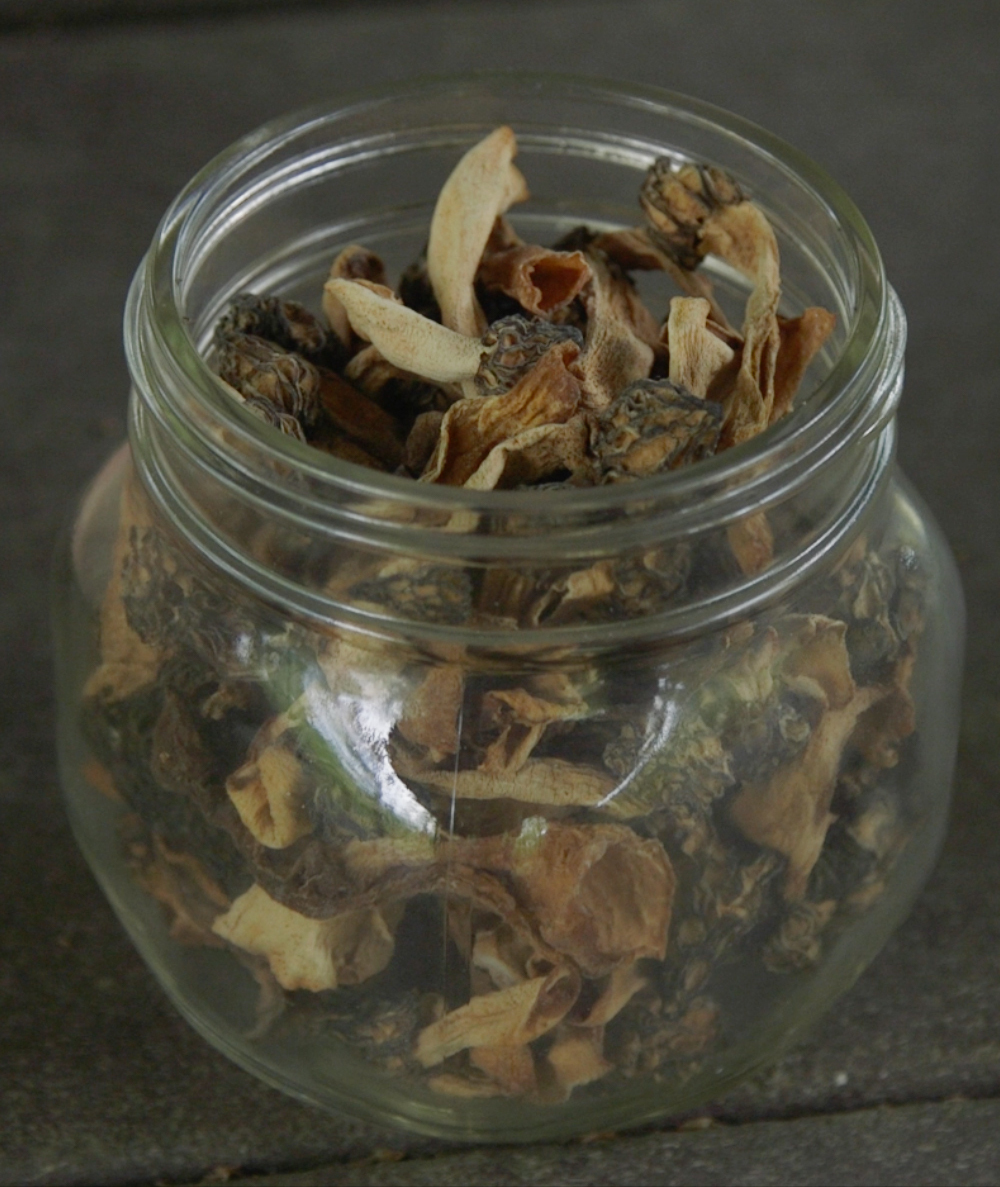 Nick Spero keeps this stash of dried morels, which he picked last season.

Spero says most field guides warn about the false morel — a somewhat similar-looking mushroom that can often be misidentified as a morel. However, all morels are hollow and symmetrical when you cut them in half. False morels, on the other hand, are asymmetrical and not hollow when sliced open.

Throughout our walk, Spero references mycologist David Arora's popular mushroom field guide, Mushrooms Demystified; later, he shows me his very well-loved copy. Arora mentions the various habitats and places morels may grow in and adds "and anywhere else they want to." They really can be a tricky mushroom to locate. Spero's eyes dart back and forth while he surveys the ground in front of and beside him when he goes out hunting.

Watch the video above to learn some of Spero's tips for finding morels. He prefers frying them up in a pan with olive oil, but a few tablespoons of butter with some water, salt and pepper will do the trick as well. They really are delicious — if you can find some for yourself.