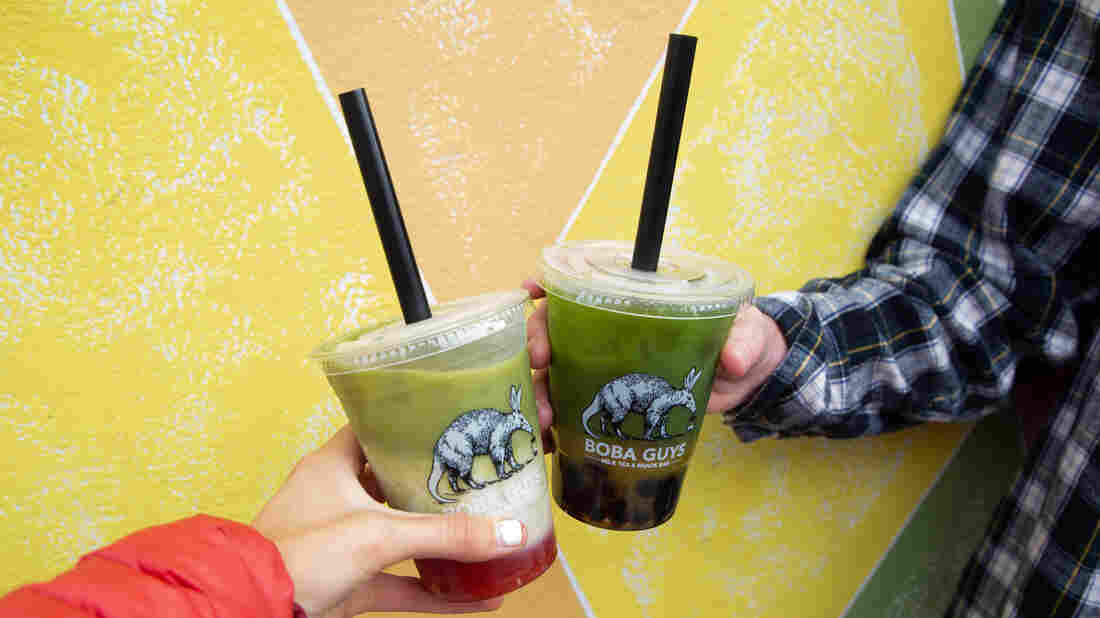 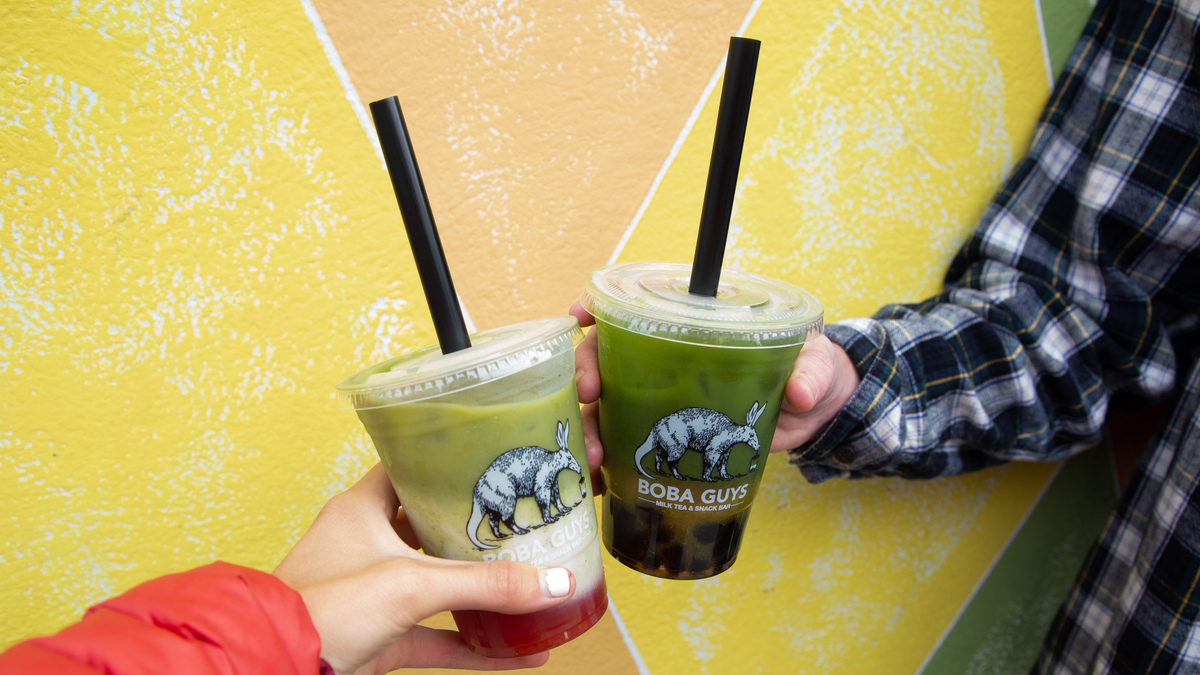 Bubble tea, or boba, features large tapioca balls at the bottom meant to be sucked up through a plastic straw. Vendors say paper straws don't always work as well, and they're more expensive.

San Francisco may become the next U.S. city to ban plastic straws. The city's board of supervisors approved the ban on a preliminary basis last week and the final decision is on its agenda Tuesday. That has shops that sell boba, or bubble tea – a drink that has to be sucked through a straw – concerned.

Bubble tea is typically served in a big plastic cup over ice. It has balls of tapioca at the bottom the size of small marbles. You use a wide straw to suck up the tapioca — or boba — from the bottom of the cup.

For boba fans, the straw is an integral part of the experience. "Boba is just, in general, an expression, right? Says Alvin Yu, co-owner of the city's Steep Creamery and Tea. "You have not just tapioca pearls, but you also have aloe jelly, you have these herbal jellies that we make ourselves. And it all requires a straw."

According to Yelp, more than 200 shops sell bubble tea in San Francisco. All of them will have to change their business practices if the city bans plastic straws to help reduce litter and landfill and combat the amount of single-use plastics that end up polluting the ocean.

The size and shape of plastic straws makes them particularly problematic for the city's composting and recycling centers, says San Francisco Supervisor Katy Tang, who spearheaded the bill. "When they're being sorted in the sorting machines, [the straws] just fall through the cracks and so they don't actually get composted — even if they are, supposedly, made of compostable material," she says.

That's why San Francisco's plastic straw ban goes a step further than similar prohibitions passed by other U.S. cities: Not even plastic that's compostable is allowed.

Yu says he was lucky. His shop was able to beat the rush and order paper straws in advance of the ban.

Other boba shops haven't been so fortunate. Only a few companies manufacture super-sized paper straws big enough for bubble tea. They're all reporting huge orders and delays lasting up to four months.

But paper is not a perfect fix, says Yu. "Part of the experience of drinking boba is poking a sharp end of a straw through the plastic seal of a cup. And that's something we wanted to emulate," he says.

But the paper straws Yu ordered aren't cut with a point on the end. So he and his staff have to cut them all by hand. The paper straws are also expensive — about 10 times more than plastic straws.

What about drinking bubble tea without a straw? "It'd be really hard," says boba fan Julie Abad, a customer at Yu's shop drinking a plain black tea with tapioca and lychee jelly at the bottom. "I think I'd have to pour it into a cup and use a spoon or something."

Others, like customer Kehlani Penland, just dismissed the idea outright. "Nobody wants to do that when you're walking and it's cold outside. You know, you just want to sip it with a straw!"

Right now, Steep Creamery and Tea is offering the paper straws for free. But Yu says that over time, he will have to raise prices.

Still, some environmentally conscious boba consumers, like 10-year old Alice Asoyan, say all this effort is worth it. "Our world is in big danger right now because of plastic, so paper is probably better," she says.

If the bill passes again on Tuesday, it goes to Mayor London Breed for her signature. She has previously come out in favor of the ban. Businesses will then have until July 2019 to trade in their plastic straws for paper.

Boba lovers can also choose to do what Supervisor Tang suggests: carry a metal straw just for bubble tea.