Accessibility links
Watch This Native Pollinator Build Her Bee-Jeweled Nest : The Salt Research shows that 400 female blue orchard bees are as effective at pollinating almonds as the more than 10,000 bees in a honeybee hive. But they reproduce slowly and are prone to wandering. 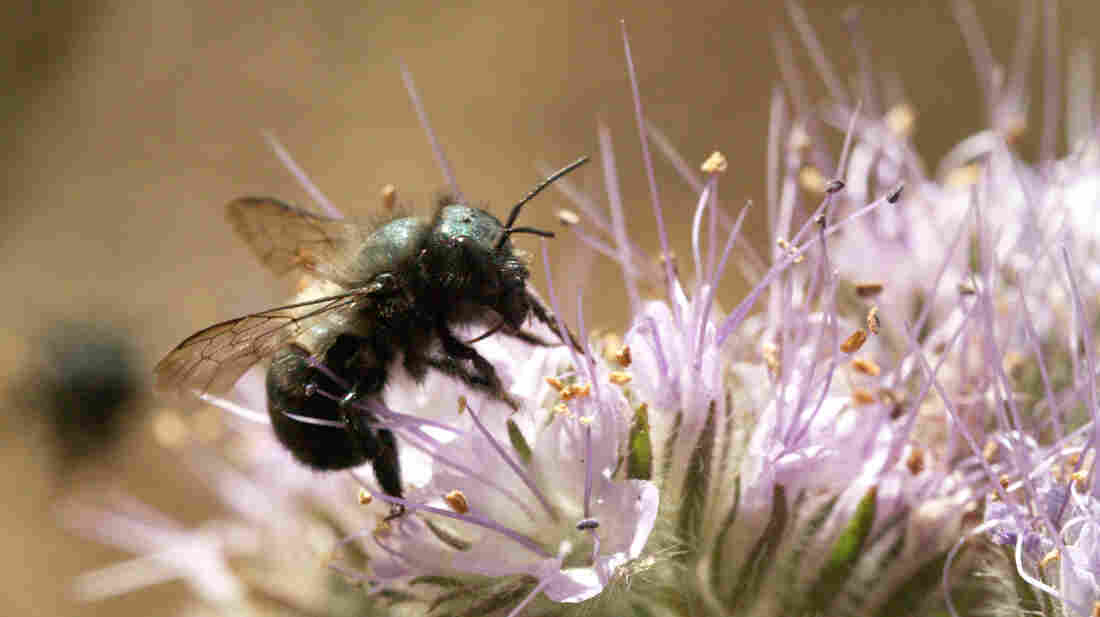 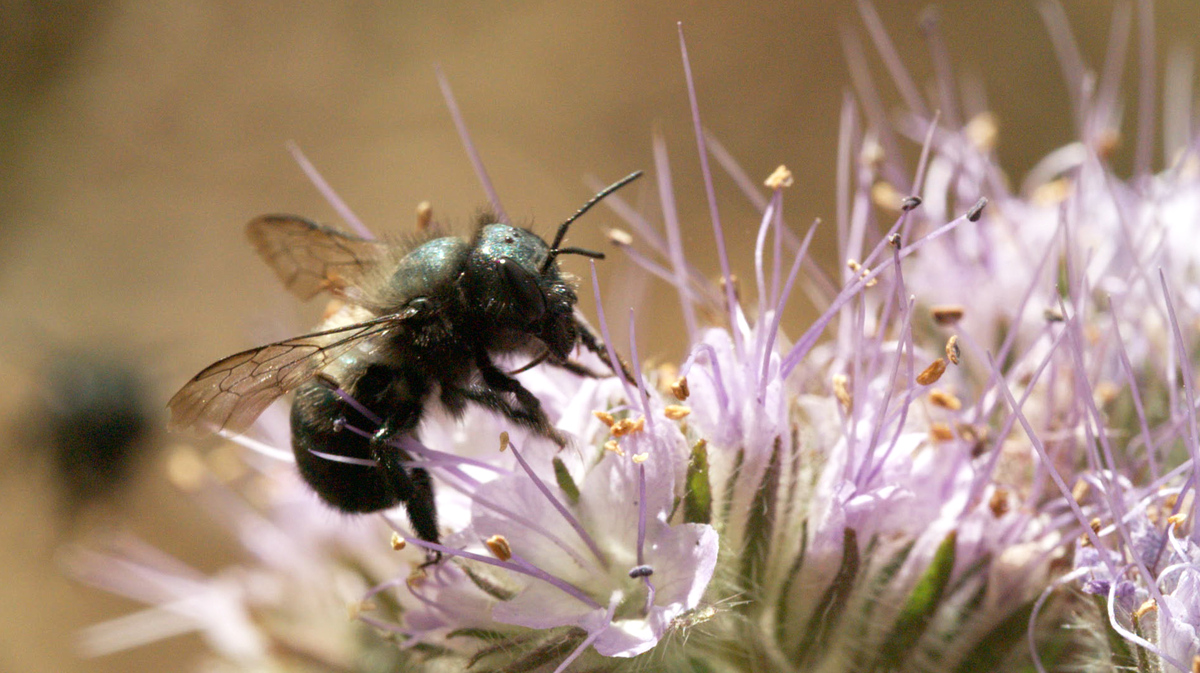 While honeybees and their buzzing hives and hyper-fertile queens get all the press for pollinating our food supply, the hard-working blue orchard bee is one of 4,000 bee species native to North America that does its solitary work in relative obscurity. That is, until now.

In the video, you can see how this bee builds its nests, alternating mud and a purple nectar-pollen mixture in hollow, skinny spaces. The blue orchard bees are preparing a purple lunch box of sorts for their offspring so they have food to eat in the tunnel. The blue orchard bees' work looks more like jewelry or even scoops of trendy ube ice cream than a nest.

But the blue orchard bee is more than a pretty face. It is an efficient pollinator that some farmers are exploring as a possible alternative or supplement to honeybees in sweet cherry and almond orchards.

Honeybees are more prolific, but 40 to 50 percent of colonies die every year, according to a yearly National Honey Bee Survey, taken by universities and sponsored by the U.S. Department of Agriculture and the California Almond Board, among others.

"This is, I think, the moment for these bees to shine," says entomologist Natalie Boyle, who studies blue orchard bees at the USDA in Logan, Utah.

Boyle works with almond growers in California whose crop is worth $5.2 billion a year and who rely heavily on honeybees to pollinate their orchards every February. Research has found that 400 female blue orchard bees are as effective at pollinating almonds as the more than 10,000 bees in a honeybee hive, says Boyle.

Finding other bees that could work side by side with honeybees could offer what she calls "pollination insurance."

But it's not a simple swap. Blue orchard bees take their time reproducing. They lay only about 15 eggs a year, while the queen honeybee can lay 500 or more a day. And the blue orchard bees wander off, rather than return to a hive every night.

Scientists at the University of California, Davis are studying the bees' habits.

For the full story, check out Deep Look, by KQED Science.