Accessibility links
Don't Bug Out! The Smithsonian Channel Is Going To Show You How To Cook Insects : The Salt Dried Manchurian scorpions? Think softshell crabs. Crickets? They're not far from crawfish. A new series aims to showcase the flavors of edible insects — prized ingredients in parts of the world.

Don't Bug Out! The Smithsonian Channel Is Going To Show You How To Cook Insects

Don't Bug Out! The Smithsonian Channel Is Going To Show You How To Cook Insects 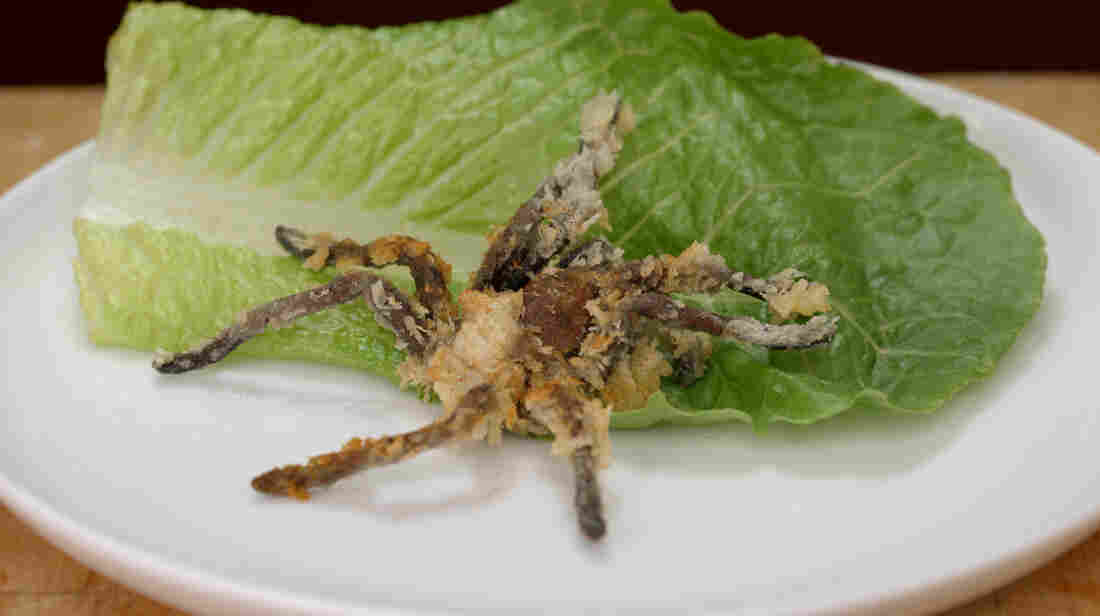 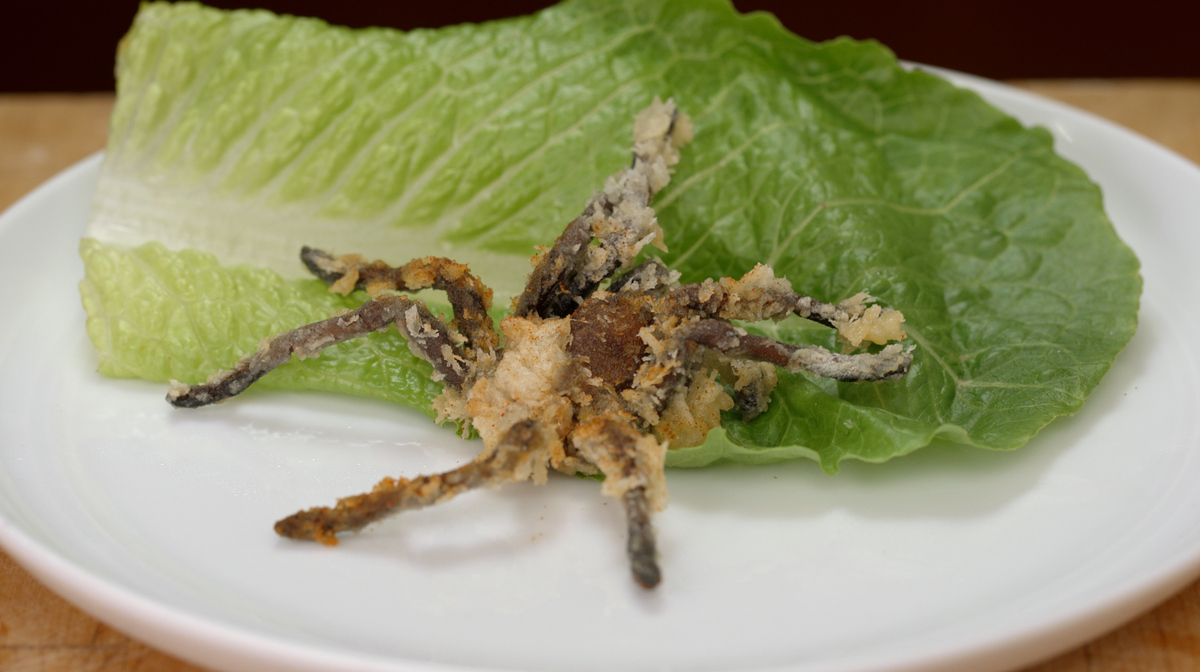 In a classic episode of Seinfeld from 1991, Jerry famously declares that he thinks the worst part about being blind would be "not being able to tell if there was bugs in my food. How could you ever enjoy a meal like that?"

Fast forward nearly three decades and opinions, at least here in the United States and also in Europe, haven't changed much. Insects are meant to be eradicated, not fricasseed, and on the rare occasion that they're ingested, it's either because of a mistake or a dare. But Joseph Giraldi, executive producer of Bug Bites, a series of short cooking videos where insects feature as the main ingredient, thinks Westerners' attitudes — and palates — are finally catching up with the rest of the world.

"The idea behind Bug Bites was to expand our audience's awareness of something that, to many of the world's cultures, is actually quite common – eating insects," says Giraldi. "We thought an exciting way to tell this story was through bite-size, easily digestible, five-minute episodes featuring some of the country's foremost experts in bug cooking, showcasing their recipes using a variety of insects." 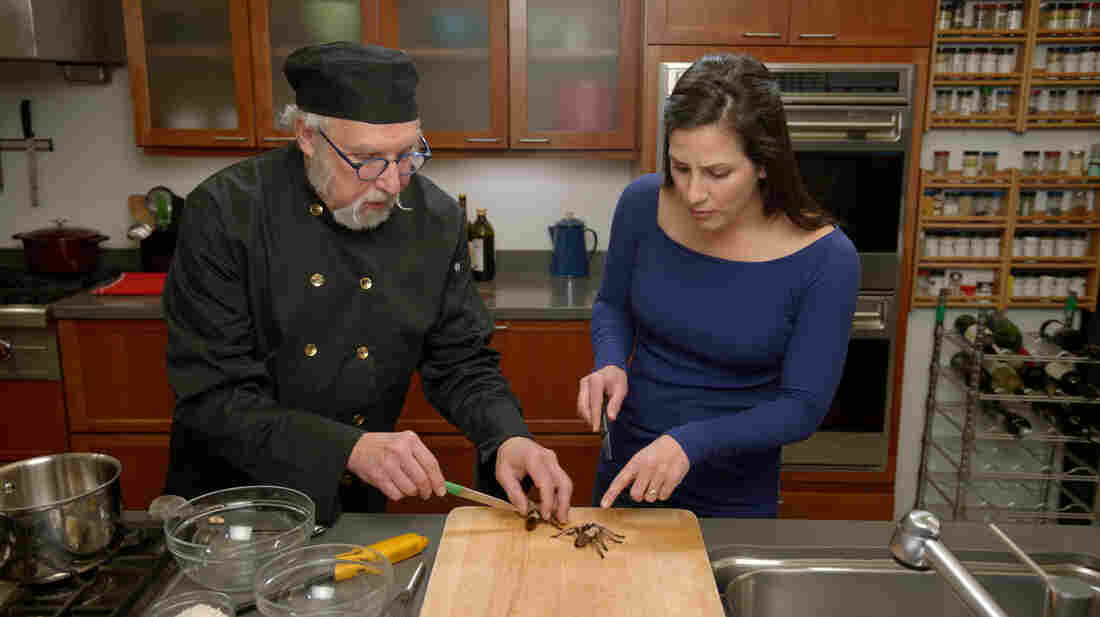 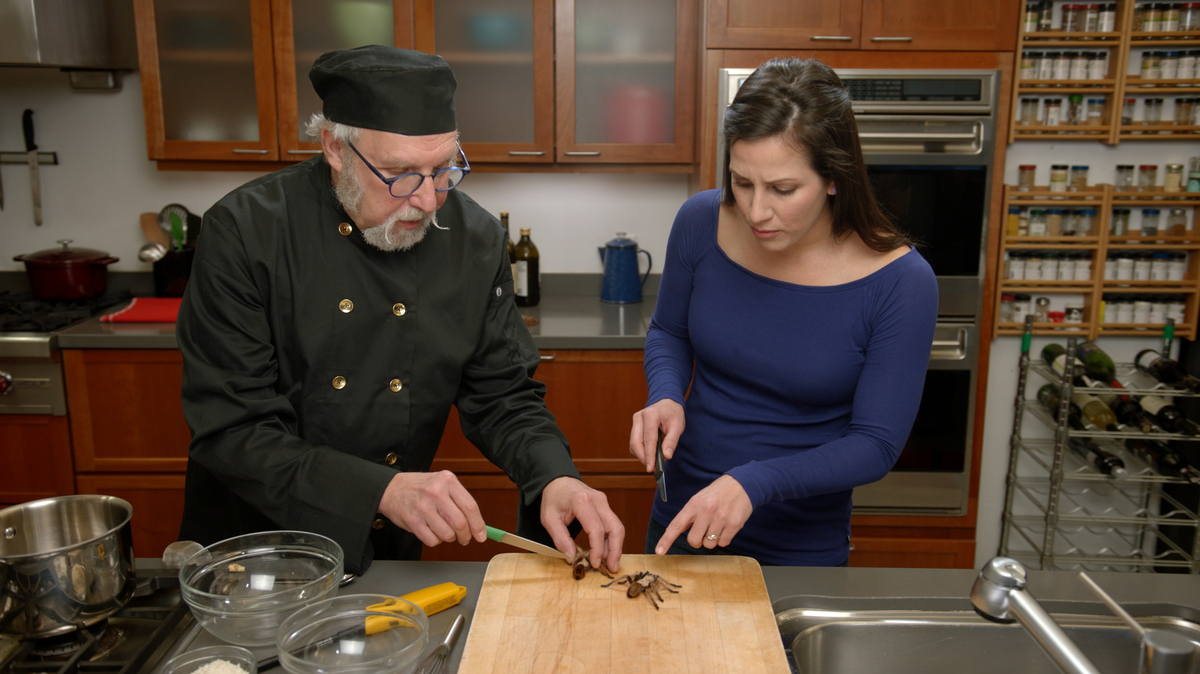 The five-part series will be available for streaming starting Monday on SmithsonianChannel.com and Smithsonian Earth. For the chefs who are cooking up bugs in the five-minute episodes, the rise in "foodie culture" and environmentally friendly food sources may be helping to pave the way for insect acceptance.

"In Western countries, the aversion to bugs is out of proportion," says David George Gordon, author of The Eat-a-Bug Cookbook. "There's also a misguided perception that in the cultures where bugs are eaten, that they are eaten only out of desperation. The truth is that these insects are prized in other parts of the world, they aren't regarded as creepy-crawlies." Escamoles, the larvae and pupae of a specific type of ant native to parts of Mexico and the Southwest, are a good example: The ant eggs are a delicacy with a price tag to match, sometimes up to $100 per serving in a fine-dining restaurant.

It's Not Just A Bug, It's A Fine-Dining Feature At This Thailand Restaurant

On Bug Bites — which is hosted by biologist Haley Chamberlain Nelson — Gordon prepares a deep-fried tarantula, singeing the hair off with a kitchen torch to improve its texture and dusting it with smoked paprika just before serving. His focus is on showcasing the critter — in this case, an arachnid, not an insect — as a tasty protein, rather than hiding it in a sauce.

"I want people to be really aware of the fact that they are eating bugs," he says. "Martha Stewart says that we eat with our eyes, and, if you think about it, a cricket doesn't look offensive. It looks like a crawfish, and people love to eat crawfish." When you consider that crawfish are often referred to as "mud bugs," the leap to eating crickets is not that far-fetched. 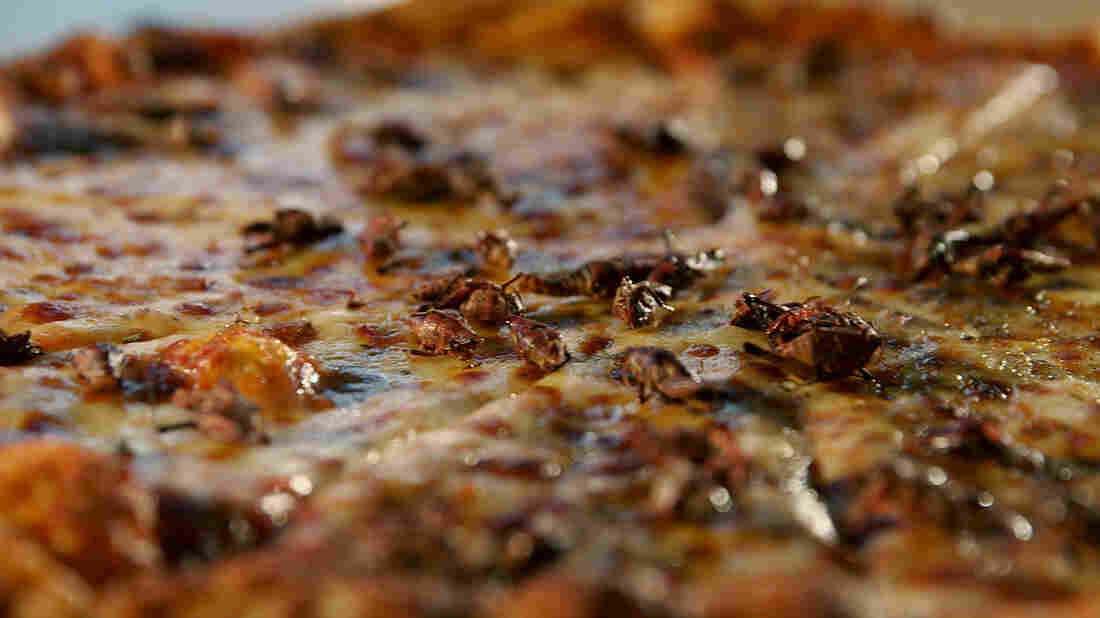 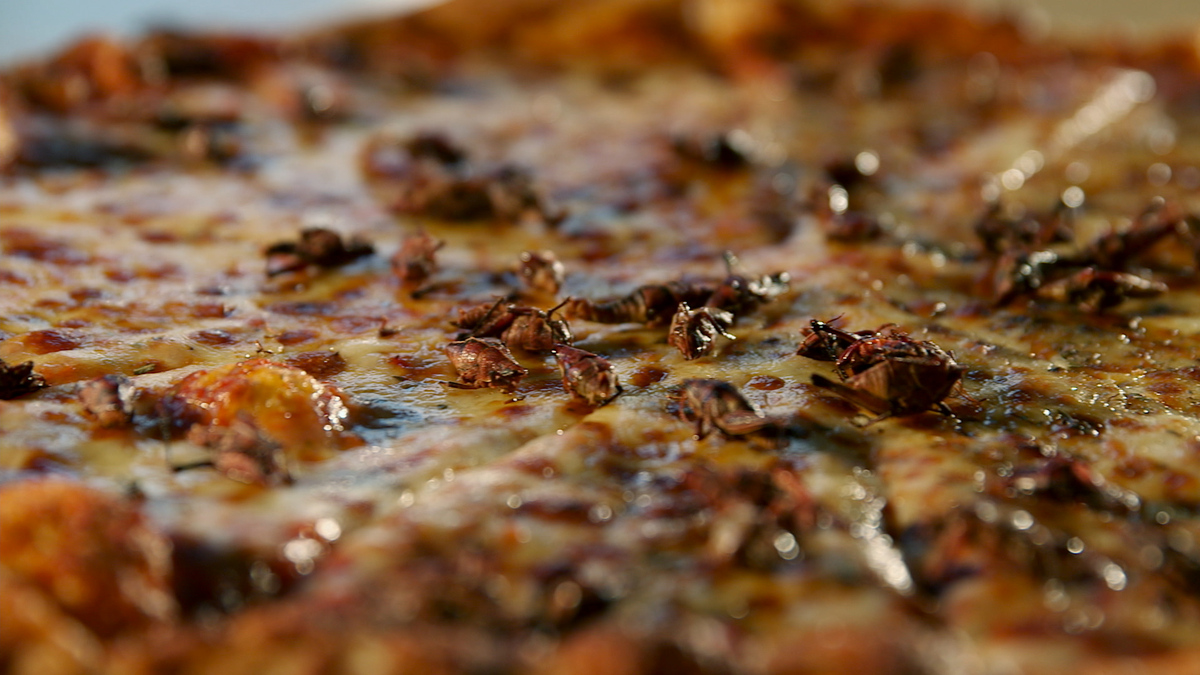 Joseph Yoon, chef and founder of Brooklyn Bugs, agrees, calling crickets "gateway bugs." The protein he chose to prepare on Bug Bites, however, was dried Manchurian scorpions, whose flavor he likens to brined shrimp or softshell crab.

"What fascinates me most," says Yoon, "is that there are over 1,900 edible insects. The sheer amount of different flavors and textures is incredible. It's a real wealth of new protein product available to chefs."

Even Neil DeGrasse Tyson Is Now Munching On Bugs

Edible insects are, indeed, an excellent source of protein, when compared to more traditional sources like cattle and fish, as noted by the Food and Agriculture Organization of the United Nations. Caterpillars, for instance, have been shown to have the same amount of protein per 100 grams, or even more, as lean ground beef or cod, and can be raised in large numbers, with far less environmental impact than is often associated with common farming methods.

But for the handful of chefs championing insects as ingredients, it ultimately comes down to just cooking food that people want to eat.

"If we think of it as a novelty, not as food," says Gordon, "then we're missing the point. These are just tasty ingredients and we need to treat them that way."

For instance, Gordon points out that mealworms have a flavor that's similar to mushrooms, so it doesn't make a whole lot of sense to use mealworms as a garnish for, say, ice cream. Would you put mushrooms on top of your ice cream sundae? Probably not.

Both Gordon and Yoon would like to see more professional chefs cooking with bugs for the simple reason that they are trained in cooking techniques and flavor profiles. They hope that Bug Bites will be inspirational to chefs as well as home cooks and curious foodies.

"Chefs are the missing factor," Gordon says. "They could be such an ally, especially because we actually have a younger generation who are really open to the idea of edible insects. They are interested in the spices and flavors coming from cultures all over the world and aren't afraid of new ingredients."

Yoon concurs, pointing out that something like the citric note of black ants can add a new burst of flavor to a simple green salad. "It's really a matter of being creative and innovative," he says, "not sitting down to eat a massive mound of mealworms."