Accessibility links
German Farmers Struck By Drought Fear Further Damage From Climate Change : The Salt High temperatures and a severe drought have hit food production in Germany and left many farmers there wondering what they can do to survive climate change. 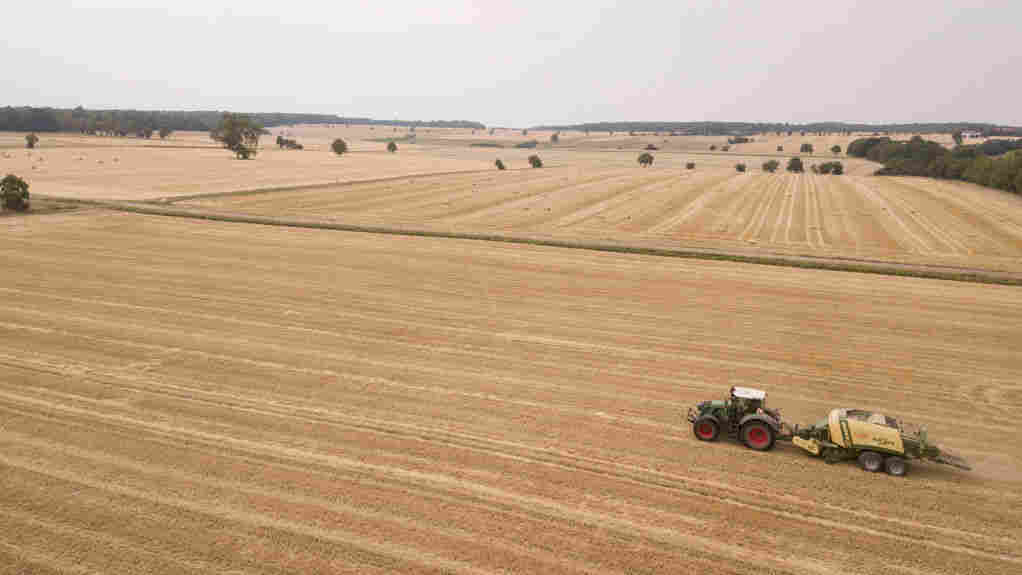 The harvest is bad for German farmers this year as the country has experienced the hottest summer on record and months without rainfall. Christian Ender/Getty Images hide caption 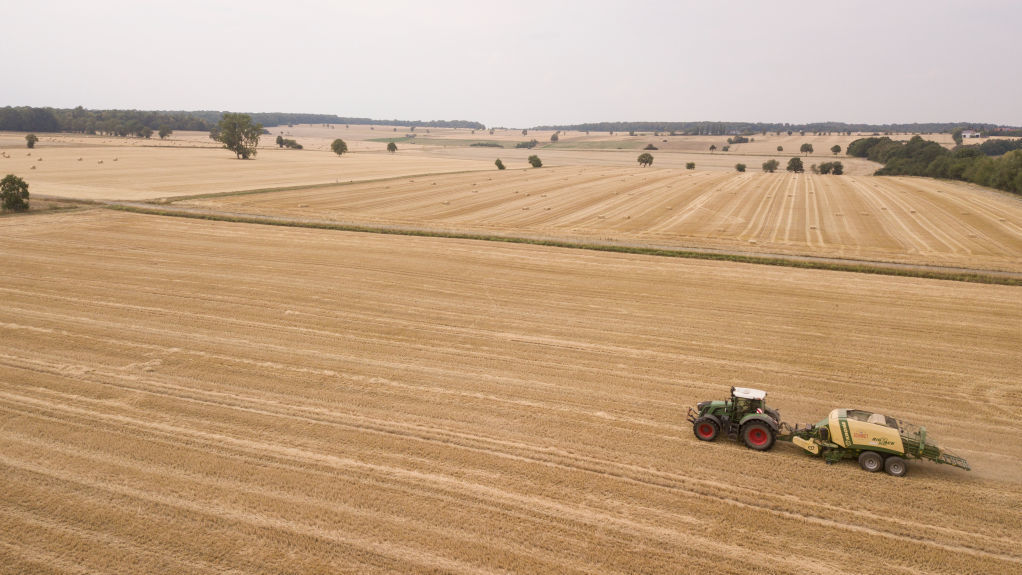 The harvest is bad for German farmers this year as the country has experienced the hottest summer on record and months without rainfall.

In Germany, record temperatures and no rainfall since early April have led to a drought and thousands of farms are facing bankruptcy because of crop failure.

This week, the government pledged $390 million in federal and state aid, but for many farmers, it's not enough. Many of the country's farmers are starting to question whether they can cope with climate change.

Tim Knobloch and his son till the fields on their 600-acre farm in Lower Saxony. The soil they're cultivating is some of Germany's richest, but this year it's turned to dust and, as a result, yields are down. Knobloch senior says he waited to sell his wheat until prices went up and that's helped him avoid disaster. "While we harvested far less wheat than usual, the price exploded and I was able to sell what I had at a 25 percent markup," he says. "So I've only made a 10 percent loss this year. I've done well compared with other farmers around here."

As he drives past his fields, Knobloch is not as confident about the corn. He points out plants that are only waist-high. He says they should be ten-feet-tall by now. According to the German Farmers Association, 10,000 farms are facing financial ruin, dairy farmers are slaughtering cows because there's not enough feed for them and while the national average grain shortfall this year is 26 percent, in some areas arable farmers have lost up to 70 percent of their grain crops, officials announced during a recent press conference.

Bernard Krüsken, general secretary of the Farmers Association, says "we have to look beyond summer of 2018. There has to be a second level of support. That means there have to be political measures to increase the resilience of farms." Krüsken wants tax breaks for farmers and a detailed, long-term strategy about how to deal with climate change. He admits that German agriculture contributes to the country's greenhouse gas emissions, but insists farmers are not the main problem.

"What we're seeing now is that farmers are paying the bill for other people's emissions," Krüsken argues. "Agriculture can provide the solution to manage climate change. We can provide energy from biofuels." Back at the farmhouse, Knobloch says he constantly adapts how he farms with climate change in mind.

"We try to play our part here. I introduced crop rotation because it's much better for the soil, the corn we produce is turned into bio gas, we spray as little nitrogen as possible. Even our tractors are the latest fuel-efficient models." Sighing, he adds: "Frankly, I'm not sure what else I can do." Germany's Agriculture Minister, Julia Klöckner has promised farmers up to 340 million euros in financial aid. It's a far cry from the billion euros demanded by the farmers' lobby, but the minister says she has to justify it to tax payers, who could end up paying extra for food.

In an attempt to calm consumers, Klöckner told reporters last week "there's no need for panic. Supermarket shelves are still full." She chastised those supermarkets already cashing in on the news about the drought and raising their prices. "Farmers are not profiting from these increased margins, so I appeal to all parties to play fair."

At a busy farmers' market in central Berlin, vegetable vendor Tim Schirmer says he's trying to cushion his regular customers from the effects of the drought. He refuses to charge for particularly tired-looking produce. "Take a look at these potatoes," Schirmer says. "They should be much bigger, but potatoes need water. So this is as big as they're going to get this year, which is bad news for a nation of potato eaters!"

It's not only French fries that are set to go up in price. Breweries are worried about a poor barley yield and have warned that the shortfall will be reflected in the price of that other German staple, beer.