Accessibility links
Consumers Would Pay More For Environmentally-Friendly Beer : The Salt More than 1,000 U.S. beer drinkers surveyed say they would pay about $1.30 more for a six-pack of beer if it was produced at a brewery that invests in water conservation or solar power. 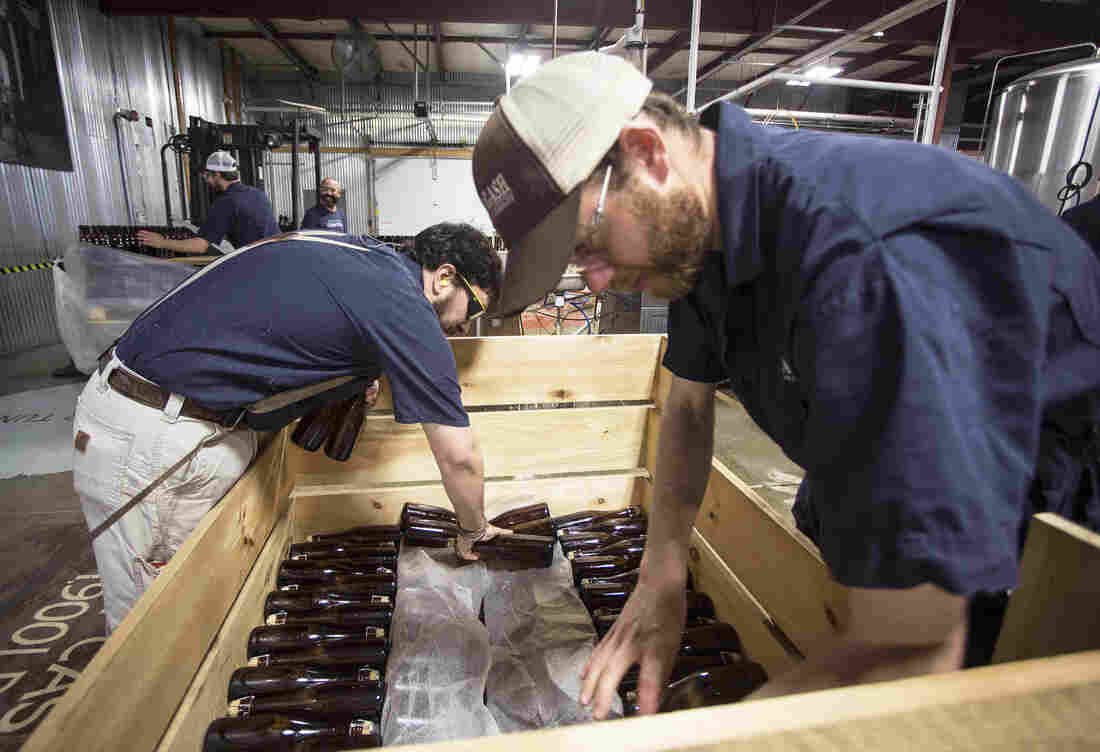 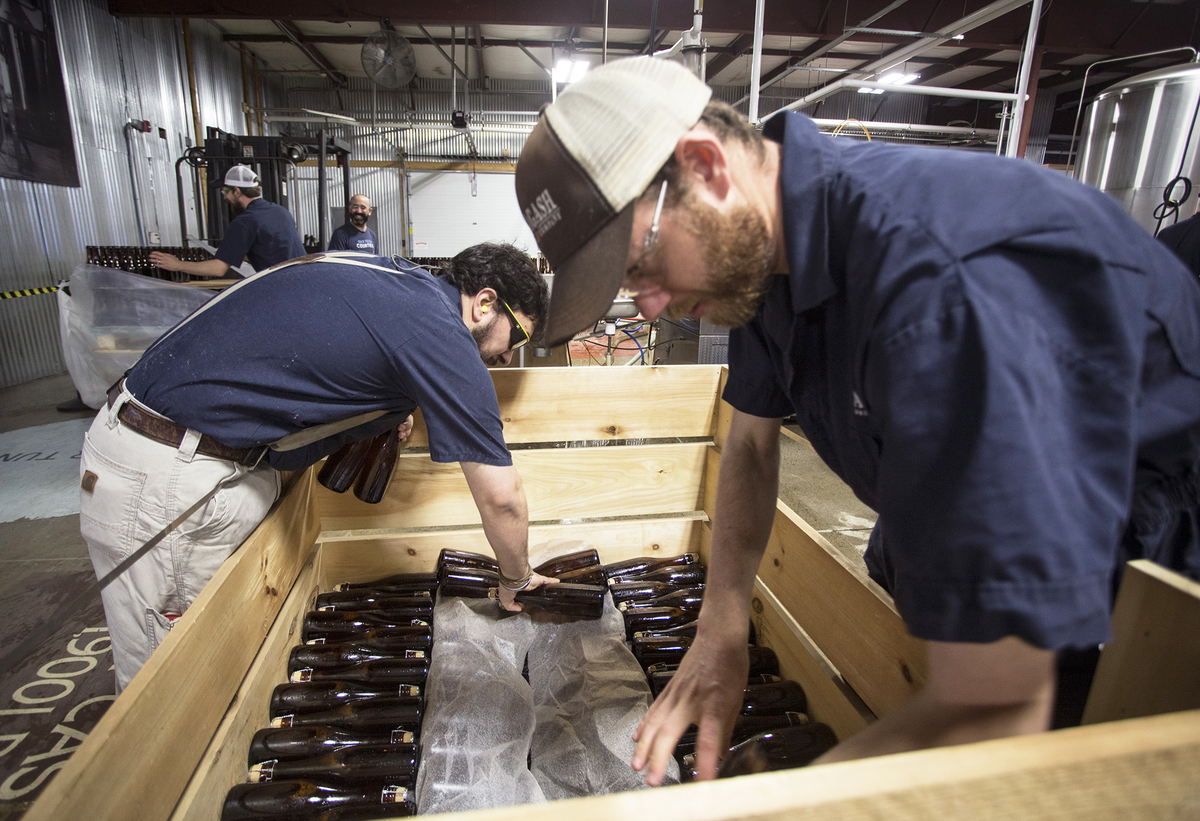 Breweries are quite creative these days when it comes to saving energy. Double Mountain Brewery in Oregon uses refillable beer bottles, Five & 20 Spirits and Brewing turns its waste grain and water into compost for aquaculture, and Sierra Nevada Brewing Company recovers carbon dioxide from the fermentation cycle.

Investment in energy-efficient technologies can be costly, but according to a study published last week in PLOS ONE, these investments may be worthwhile.

A majority of the 1,000 U.S. beer drinkers surveyed say they are willing to pay more for sustainably-produced beer, and on average, they would pay around $1.30 more per six-pack.

"One dollar and 30 cents is not a small amount if you consider the average price of a six-pack," says Sanya Carley, an associate professor at Indiana University Bloomington's School of Public and Environmental Affairs, and the lead author of the survey.

According to data from IRI Worldwide, a Chicago-based market research firm, the average price of a six-pack of beer is $5.96. For craft beer specifically, an average six-pack costs $9.36.

The survey reached respondents through Amazon's Mechanical Turk, a crowdsourcing survey tool. Participants were asking if they were willing to pay more for beer produced at breweries that invest in equipment to conserve water or energy or use solar panels to limit greenhouse gas emissions.

The findings of the willingness-to-pay survey underscores the opportunity to reduce greenhouse gases in the highly energy-intensive brewing industry, she says.

It's so energy intensive that it takes three and a half to six gallons of water to produce one gallon of beer, according to the California Craft Brewers Association.

Fifty-nine percent of respondents to the survey said they would pay more for beer that invests in sustainable practices.

Bart Watson, the chief economist of The Brewers Association, says these findings are pretty much what he would expect based on recent trends in the beer market.

"An increased number of people are willing to pay more to companies that share their values," Watson says.

"It's important for us to be making beer responsibly," he says, but it's also important that consumers are willing to pay more for a sustainable product.

Allagash, which has put a number of sustainability practices in place including waste diversion, composting, cork recycling, and using locally-grown grain, put in a solar array in 2016 after contemplating the investment for awhile.

The company knew the solar panels would be a big upfront expense, but decided to take the leap.

"It was really a decision based on a matter of principal," Perkins says. He also says it's a little hard to quantify what all of Allagash's sustainability practices mean to the company. The solar panels, for example, allow the company to displace thousands of pounds of CO2 that would have been produced through traditional energy generation. Also, Allagash employees are just proud to be doing good things for the environment, he says.

Survival Of The Greenest Beer? Breweries Adapt To A Changing Climate

But its not just the growing craft beer industry that can potentially benefit financially from marketing sustainability. The research from the recent study shows that consumers of American lagers like Budweiser and Pabst Blue Ribbon were no different than other beer drinkers in their willingness to pay for sustainable beer. This finding was unexpected and encouraging, says Carley.

"It's refreshing in a way because sustainable practices don't have to be limited to just craft beer companies," Carley says.

By the way, big beer companies are already taking steps towards sustainability. For example, MillerCoors has already significantly reduced its water usage.

But according to Ernest Baskin, an assistant professor of consumer behavior at Saint Joseph's University, it's important to note that in the study, the consumers who were more willing to pay for sustainability premiums already said they tended to pay more money for beer than the consumers that were unwilling to pay more for sustainable beer. Thus, for beer companies that market themselves as "for the common man," he says, sustainability measures might not be an added benefit. They might, in fact, price these companies out of their major consumers, Baskin says.

Watson points out, though, that large beer companies have broad portfolios (Anheusuer-Busch sells a lot more than just Bud Light), and these findings on consumers' willingness-to-pay for sustainability might factor into the business models for their specialty products.

The research, Watson says, "might push some more breweries that are thinking about this to make sustainable investments."