Accessibility links
Not Just For Cows Anymore: New GMO Cottonseed Is Safe For People To Eat : The Salt Cottonseed is full of protein but toxic to humans and most animals. The USDA has approved a genetically engineered cotton with edible seeds. They could eventually feed chickens, fish — or even people. 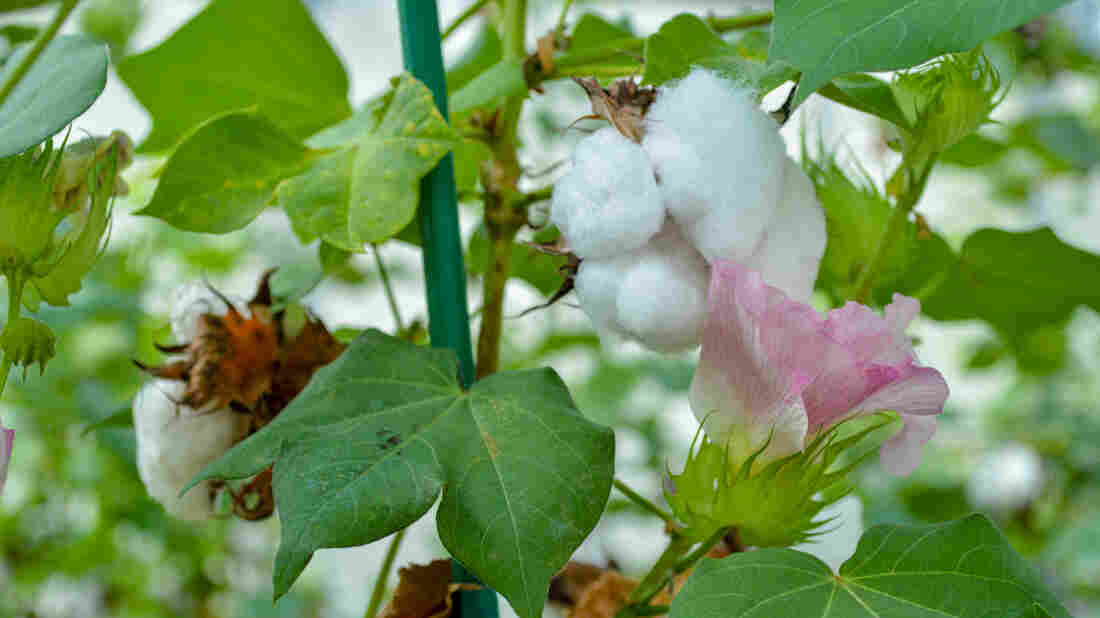 Cottonseed is full of protein but toxic to humans and most animals. The U.S. Department of Agriculture this week approved a genetically engineered cotton with edible seeds. They could eventually feed chickens, fish — or even people. Courtesy of Lacey Roberts/Texas A&M University hide caption 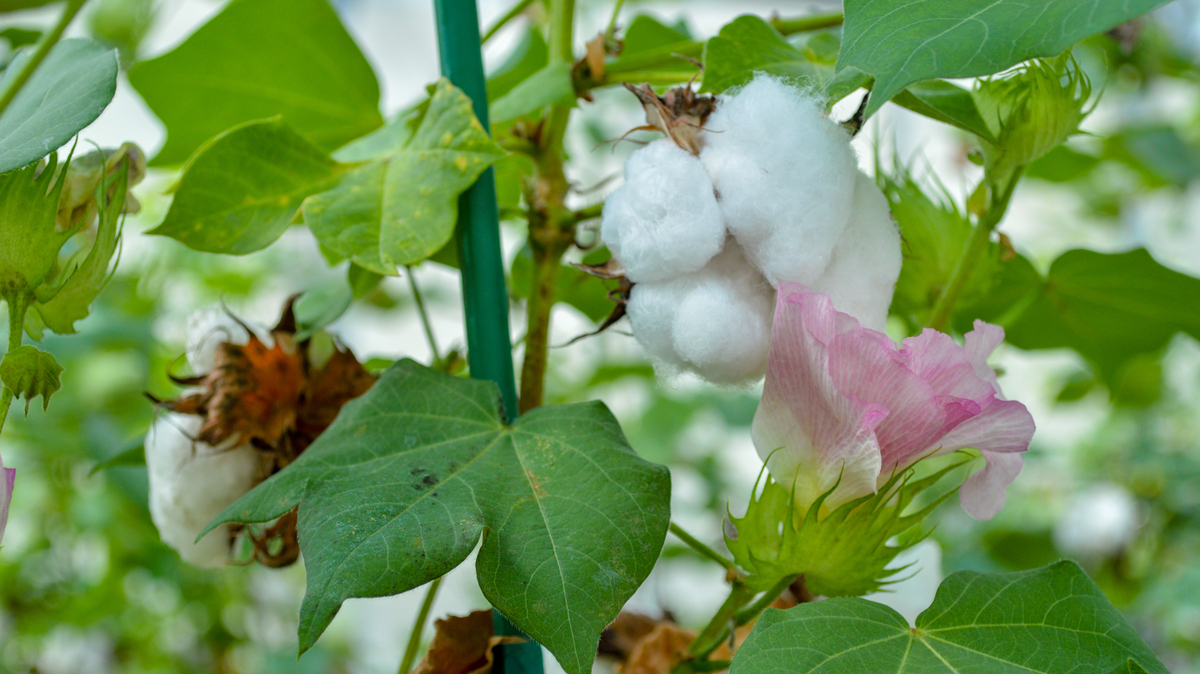 Cottonseed is full of protein but toxic to humans and most animals. The U.S. Department of Agriculture this week approved a genetically engineered cotton with edible seeds. They could eventually feed chickens, fish — or even people.

You probably don't think of cotton as food.

There's a good reason for that. Farmers grow it mostly for the fluffy white fibers that turn into T-shirts or sheets. Cotton plants do produce seeds, but those seeds are poisonous, at least to humans.

This week, though,the U.S. Department of Agriculture approved a new kind of cotton — one that's been genetically engineered so that the seeds are safe to eat.

The invention promises to open new markets for cottonseed, and it could give cotton farming a big boost. Because cotton plants are prodigious seed producers: Every pound of cotton fiber, or lint, comes with 1.6 pounds of seed.

"You're getting more cottonseed than you are lint," says Greg Holt, who leads research on cotton production and processing at a USDA research station in Lubbock, Texas.

Each seed is the size of a small peanut. In principle, it could be highly nutritious. It contains lots of oil and protein.

The problem is that the seeds, like the cotton plant's leaves, contain little dark glands full of something called gossypol.

"Gossypol in and of itself is a toxin," explains Holt. It's helpful for the cotton plant, because it helps fend off insect pests. But it makes the seed unhealthy for people to eat. It's toxic to most animals, too.

So there are limited options for the 40 million tons of cottonseed that stream out of cotton gins around the world each year.

"Seed can go in one of two directions," Holt says. "You're either going to the dairy industry, or you're going to the oil mill."

Cows don't mind gossypol; their digestive systems can handle it. And the oil mills are set up to crush the seed and then purify the oil, removing the gossypol, so you can use it in human food.

But Keerti Rathore wanted to expand those options. So 23 years ago, when he arrived at Texas A&M University, he set out to make a cotton plant with seeds that people can eat. "This was my first project, and hopefully it's coming to an end, and a good conclusion," he says.

Rathore inserted a new piece of DNA into the cotton plant. In the plant's seeds, it turned off a key gene, the one responsible for producing gossypol. The gene stayed active in the rest of the plant.

And it worked. There's still gossypol in leaves of this genetically engineered plant, to protect against insects. But the seeds are almost completely gossypol-free. They're safe to eat. Cut them open, and they even look different. They don't have those little dark glands. Researchers at Texas A&M tested the plants in greenhouses and small field plots. They also roasted a few and ate them. Rathore says they taste like chickpeas.

This week, the U.S. Department of Agriculture gave this new cotton a green light. Anybody in the U.S. can grow them.

Before the seeds can be sold as food or feed, they'll need approval from the Food and Drug Administration. If that happens, all kind of doors will open. Cottonseed could be used to feed chickens, or fish. The meal could go into protein bars.

Rathore's real goal, though, is to see it growing in places like India, where he grew up; places where a lot of people aren't eating well. "A lot of these countries that do suffer from malnutrition are also cotton producers," he says. "So I think that those countries may benefit much more from this technology." China and India are the world's two top cotton-growing countries.

Texas A&M is already talking to seed companies that could breed this new genetic trait into cotton varieties that they sell to farmers in the U.S. and abroad.