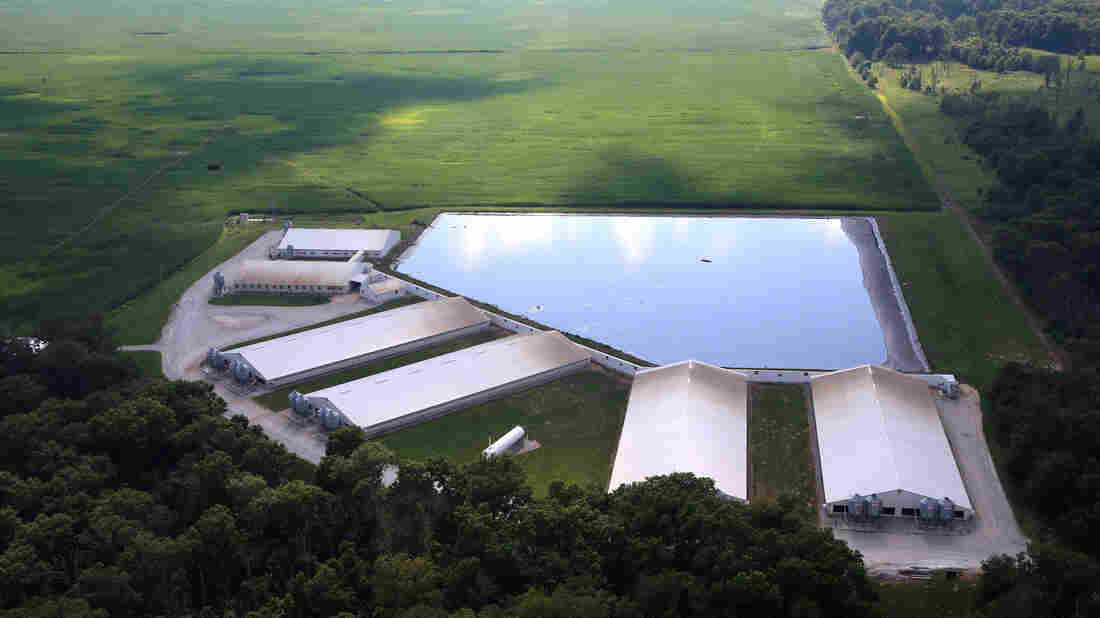 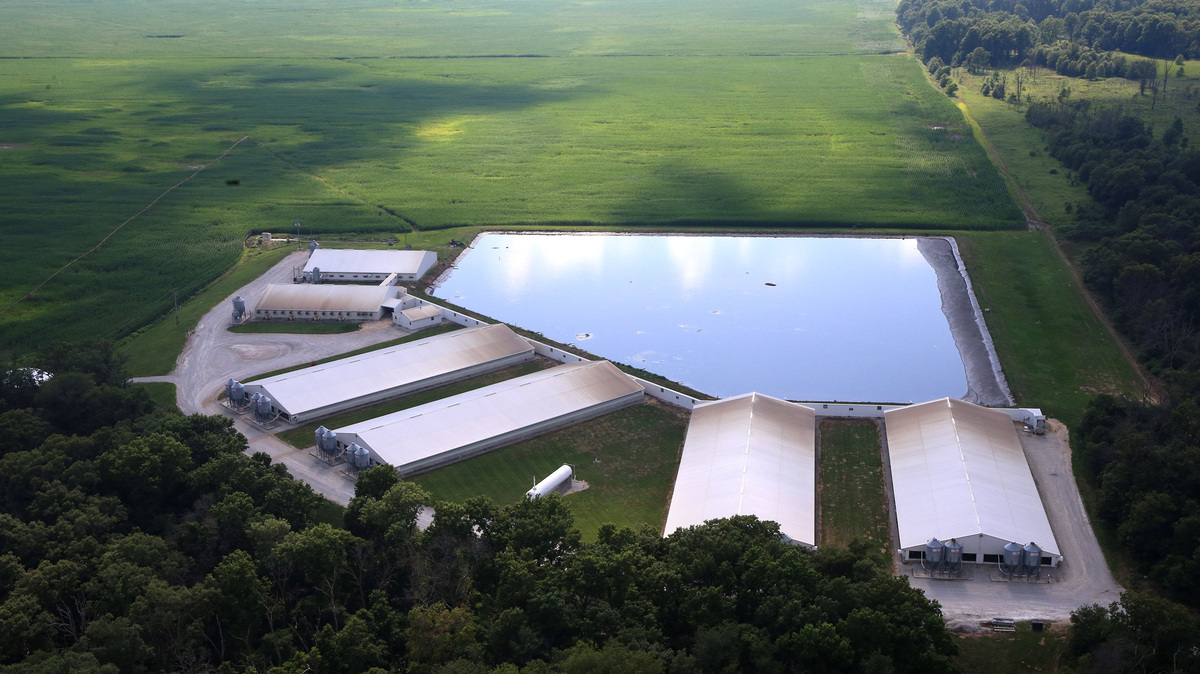 After years of insisting that it wasn't economically feasible, the world's biggest hog producer has bowed to public pressure and agreed to change the way it handles manure on more than 1,000 farms it controls in the U.S.

Smithfield Foods is promising to cover the manure ponds with a layer of plastic.

Manure ponds, or "lagoons," are the most widely used method for handling hog manure in places like North Carolina that don't experience a lot of freezing temperatures in wintertime. (In Iowa or South Dakota, lagoons don't work well, and hog farms typically store manure in deep pits underneath the hog houses.) In the open-air lagoons, natural bacteria help the manure to decompose, and the liquid portion of the manure is periodically sprayed on fields as fertilizer.

But the lagoons have aroused increasing opposition, especially in North Carolina. Twenty years ago, the state blocked construction of new farms using such lagoons, and that moratorium remains in effect. More recently, people living near hog farms filed a series of lawsuits, accusing a Smithfield subsidiary of afflicting them with unpleasant odors and flies. Three cases have been decided so far, and each one resulted in a multimillion-dollar verdict against Smithfield, which is now owned by a Chinese firm. Then, during Hurricane Florence, dozens of manure lagoons overflowed.

This month, Smithfield announced that it will pay farmers to install plastic covers over their lagoons, with a goal of covering lagoons that handle waste from nearly all of the company's "finishing hogs" — those that are reaching full weight — in North Carolina, Missouri and Utah.

The covers won't just keep water out and capture odors. They will capture a lot of methane, which is a powerful greenhouse gas. Smithfield will recover that gas and process it into the natural gas that is used commercially for heating and power. According to the Environmental Defense Fund, which has been working with Smithfield to reduce its environmental impact, this change could capture more than 85,000 metric tons of methane per year, which can replace the burning of other fossil fuels. Methane has the biggest heat-trapping impact right after it is released, and the EDF calculates that this will have the same immediate effect as eliminating the greenhouse emissions of 700,000 homes.

Ryke Longest, who teaches at Duke University's law school and has been involved in previous efforts to rein in hog farming in North Carolina, says that he is waiting to see more technical details of Smithfield's plan. If it simply involves covers on lagoons, and the waste that remains after methane recovery is sprayed on fields as it is currently, he is not impressed. He says this remaining waste can still cause the problems of unpleasant odor and pollution of streams and rivers.

Meanwhile, the next trial in a lawsuit filed by neighbors of a Smithfield hog farm is set to begin on Nov. 13.