Accessibility links
'Farming While Black': A Guide To Finding Power And Dignity Through Food : The Salt Leah Penniman's new book teaches farming to address issues such as racism, health disparities and food access. She also traces some farming technologies back to their widely unknown African roots. 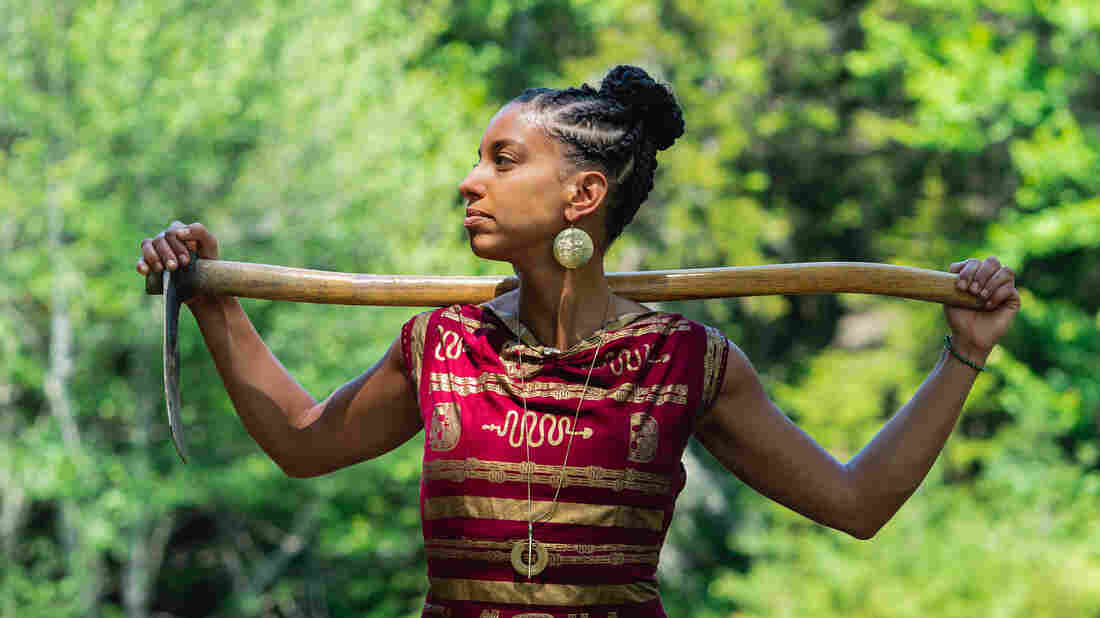 Leah Penniman made it her goal to start a farm for her neighbors, and to provide fresh food to refugees, immigrants and people affected by mass incarceration. Jamel Mosely/NPR hide caption 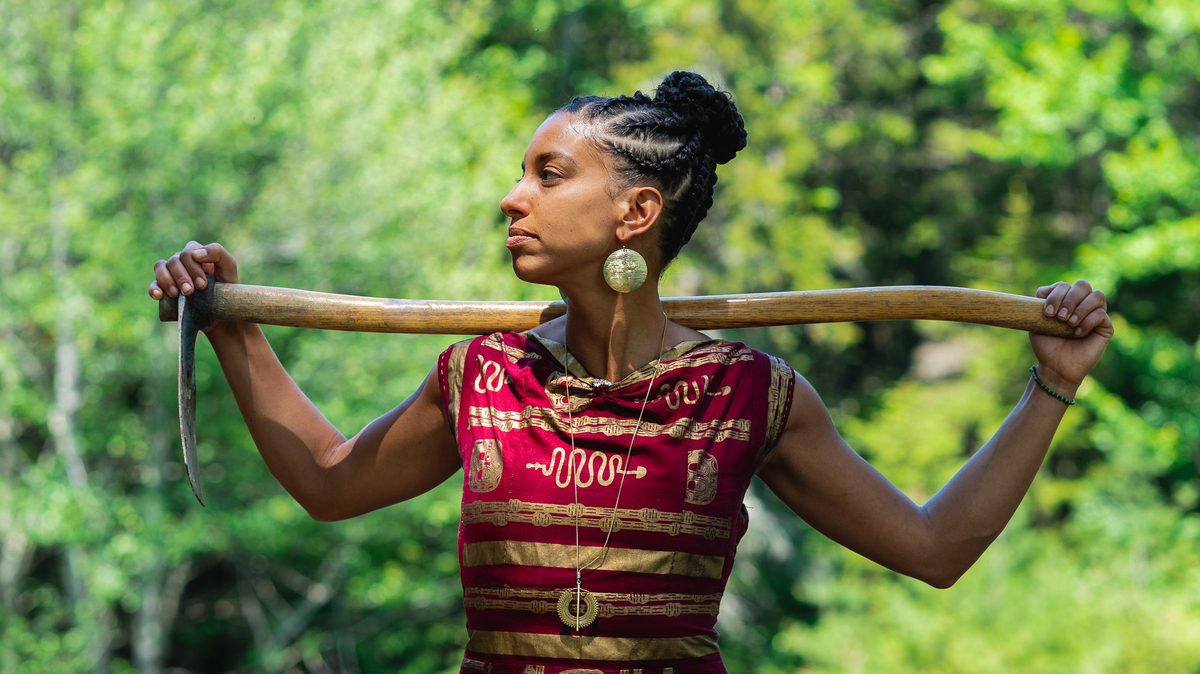 Leah Penniman made it her goal to start a farm for her neighbors, and to provide fresh food to refugees, immigrants and people affected by mass incarceration.

Leah Penniman was told she wasn't welcome, from her first day in a conservative, almost all-white kindergarten.

"I remember this one girl teasing me and saying brownies aren't allowed in this school ... and that really continued, that type of teasing," she recalls. "Every time I walked into an honors classroom, they would ask me if I was in the right room," she says.

She enjoyed learning and did well, but she also found solace in the natural world.

"No one taught me what African traditional religion was when I was little, but my sister and I intuited it and so we would spend a lot of time in the forest giving reverence to mother nature as we called to her in the trees."

Penniman later got a summer job farming in Boston, and she was hooked. She learned about sustainable agriculture and the African roots of those practices, but she also moved to Albany, N.Y., to a neighborhood classified as a food desert. To get fresh groceries from a farm share, she walked more than two miles with a newborn baby in a backpack and a toddler in the stroller, then walked back with the groceries resting on top of and around the sleeping toddler.

She made it her goal to start a farm for her neighbors, and to provide fresh food to refugees, immigrants and people affected by mass incarceration. She calls the lack of access to fresh food "food apartheid" because it's a human-created system of segregation.

Penniman and her staff at Soul Fire Farm, located about 25 miles northeast of Albany, train black and Latinx farmers in growing techniques and management practices from the African diaspora, so they can play a part in addressing food access, health disparities, and other social issues. Penniman's new book, Farming While Black: Soul Fire Farm's Practical Guide to Liberation on the Land, details her experiences as a farmer and activist, how she found "real power and dignity" through food, and how people with zero experience in gardening and farming can do the same. 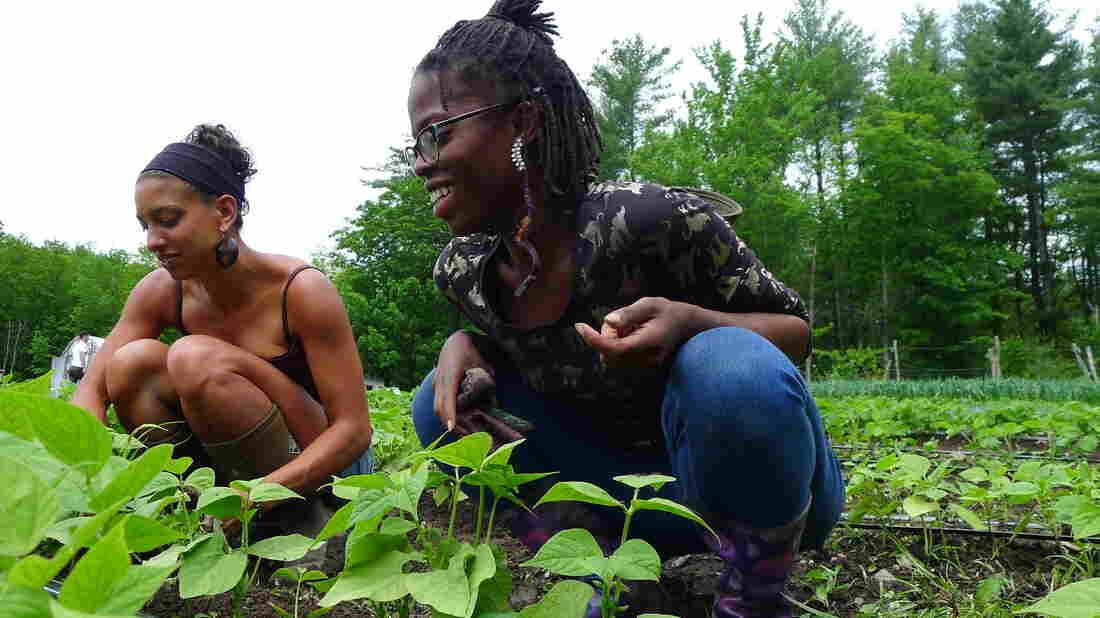 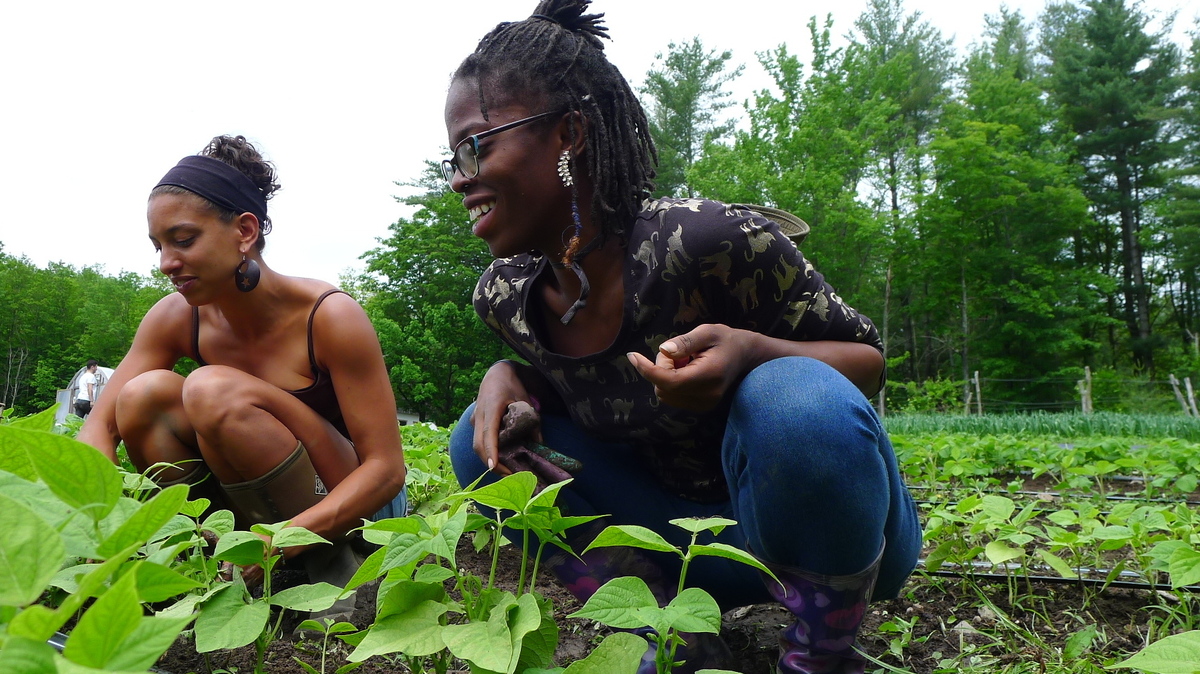 Back when Penniman was a beginner at various farms in the Northeast, she realized she was in a field where almost all people were white, and that the sustainable and organic farmers were using African techniques, without knowing where those came from.

For example, farmers grow marigolds and other beneficial flowers next to crops because those attract insects like ladybugs to do natural pest control. That's called polyculture now, but it's a practice that came from Nigerian and Ghanaian farmers, and Penniman's book traces techniques like that back to their historic roots.

"A lot of the folks in the sustainable farming world get a lot of information through these conferences and sort of assume that ... it's either ahistorical or originated in a European community, which is an injustice and a tragedy," Penniman says.

There are other instances of African contributions to farming technology that are not widely known. 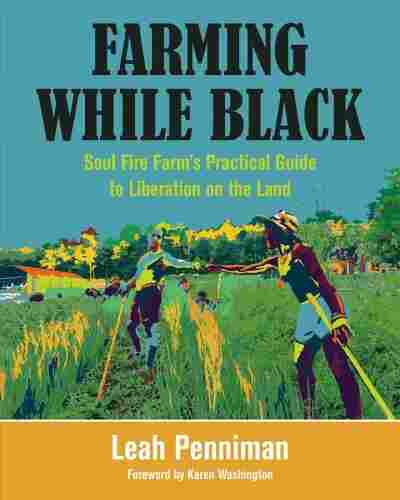 Edda Fields-Black, an associate professor of history at Carnegie Mellon University, studies the history of West African rice farmers. She says the rice industry in South Carolina and Georgia would not have been possible without West African techniques of irrigation so that the rice fields have a good balance of salt water and fresh water to stop weeds from growing and keep the rice alive.

"We don't always understand enough about all of the things that enslaved people built in the U.S. It's not just brute labor, it's not just brawn. This is technology, this is ingenuity, this is engineering, this is hydraulics. It's all rooted in west Africa," says Fields-Black.

She cites a 2018 report from the Southern Poverty Law Center detailing the "dismal" results of how little high school seniors know about the history of slavery, and says her work is about celebrating African technology, and "recovering the humanity of the enslaved." That's something she and Penniman have in common, she adds.

Penniman also writes that she would like her experience to help African-Americans heal from the trauma associated with farming. She details how black visitors to her farm almost all say they associate farming with slavery and plantations. One black farmer I interviewed in the past said that when he decided to quit a job in the tech industry to start a farm, part of his family thought he had lost his mind and was "going back to the plantation."

"That's the universal experience ... of being black in this country," says Chris Bolden-Newsome, a farmer and educator at Sankofa Community Farm in Philadelphia, whom Penniman interviewed for her book.

Therefore, learning about Penniman's book was "like a breath of fresh air," Bolden-Newsome says. "High time that something like this be written to lift up the stories, the lived experiences and lived stories of black farmers and their descendants who are the powerhouse in America."

Penniman and her coworkers at her farm also try to address social issues more directly. For example, she has a sliding scale of prices, where a third of her customers make more money and pay more, and that subsidizes prices for another third of her customers, who struggle to make ends meet. She has written a manual for how to develop such a system, and says that she knows of at least two farms in New York state with similar programs for low-income customers.

She says that just as her African ancestors braided seeds into their hair before boarding transatlantic slave ships, she hopes her book will inspire more people toward "picking up those seeds and carrying on that legacy about not forgetting where we come from and who we are."

Her farm also started a youth justice program in 2013, which let young people from Albany County courts work on the farm for 50 hours in exchange for prison time.

"What was really powerful about it was these young folks said things like, 'I've never been welcomed into someone's home before, or this is the first time I've seen folks who look like me running their own businesses and following their dreams and owning their land,'" says Penniman.

"There's a lot of crying that happens on our farm," she adds.