Accessibility links
There's No Copyrighting Taste, Rules EU Court In Dutch Cheese Case : The Salt Unlike literary or musical works, the Court of Justice of the European Union ruled, the taste of a food depends on who's tasting it. 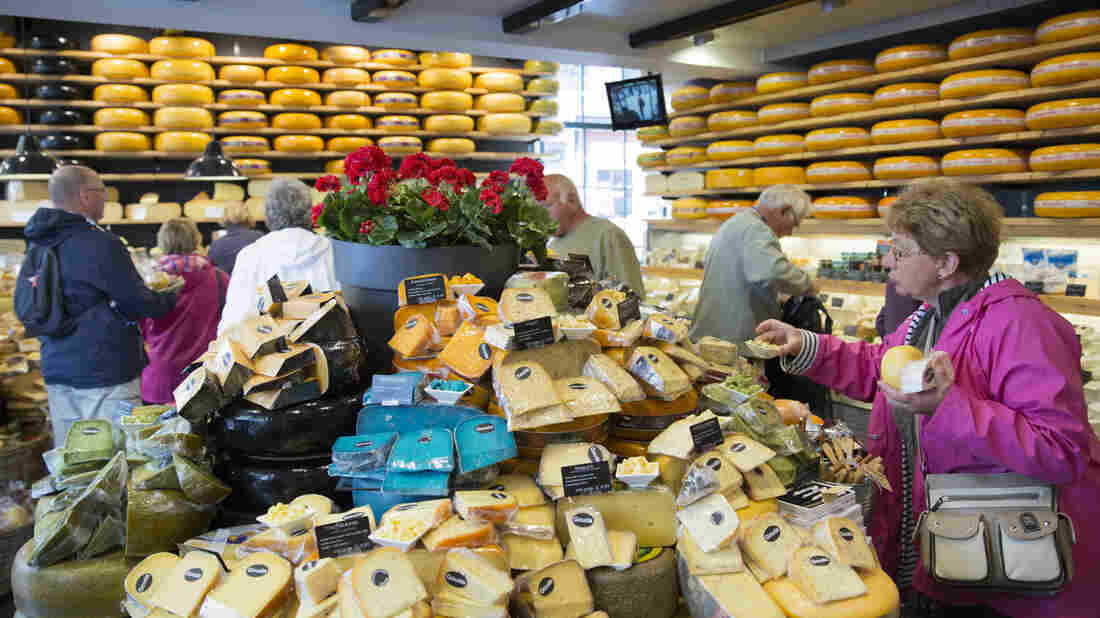 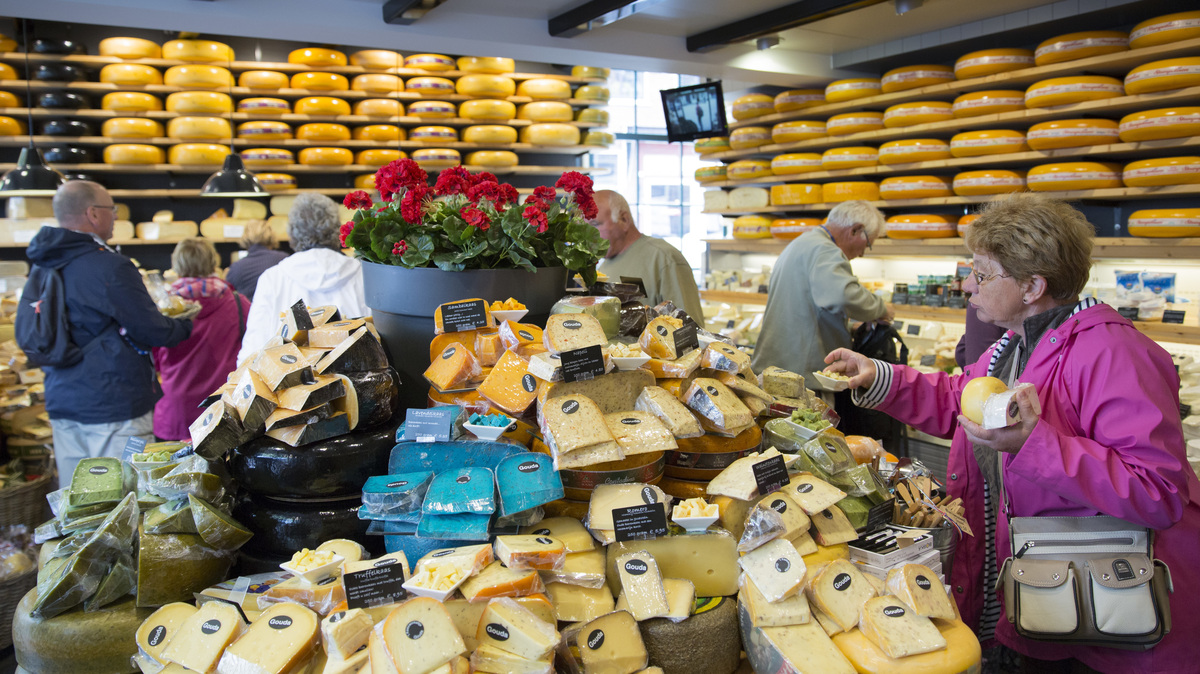 The European Union's highest court has ruled that a food's taste can't be copyrighted. Here, people shop for cheese in Gouda, Netherlands, in 2015.

It was a classic high-stakes legal battle between two Dutch makers of herbed cheese spread.

On one side, Heksenkaas. The name means "witches' cheese," and it's a cream cheese spread with fresh herbs that was created in 2007 and sold by a company called Levola.

On the other, the cheese spread Witte Wievenkaas, made by a company called Smilde, which apparently tastes very similar to Heksenkaas. (This reporter, regrettably, lacks a reliable purveyor of Dutch cheeses.)

Levola said Smidle had infringed its copyright on the taste of Heksenkaas, and asked Dutch courts to order Smilde to stop selling its similar cheese.

The case was sent to Netherland's regional court, which asked the Court of Justice of the European Union to answer this question: Can taste be copyrighted?

In order to be protected by copyright, it said, the taste of a food product must be capable of being classified as a "work" – which requires first, "an original intellectual creation," and second, an "expression" of that creation. And that work must be expressed in a manner that makes it identifiable with sufficient precision and objectivity.

And on that last requirement, the court found that "the taste of a food product cannot be identified with precision and objectivity."

"Unlike, for example, a literary, pictorial, cinematographic or musical work, which is a precise and objective expression, the taste of a food product will be identified essentially on the basis of taste sensations and experiences, which are subjective and variable. They depend on, amongst other things, factors particular to the person tasting the product concerned, such as age, food preferences and consumption habits, as well as on the environment or context in which the product is consumed."

In other words, the taste of a food depends in part on who is tasting it.

Part of the problem for Levola's case is that, well, there's no accounting for taste.

"Even an expert had to admit it's really difficult to describe what a taste is," Tobias Cohen Jehoram, a lawyer for Smilde told The New York Times. "Our argument was if you can't describe what your monopoly is you have not sufficiently stated your claim."

And then there's the concept, enshrined in an international copyright treaty, that expressions can be copyrighted but ideas cannot.

"Copyright isn't supposed to be used to stop the spread and use of ideas," Joshua Marshall, an intellectual property lawyer at the European law firm Fieldfisher told the Times. "The taste of a leek-and-garlic cheese is really an idea."

A very good idea, now that he mentions it.

The cheese case isn't the EU's only recent visit to the food court. Earlier this year, it ruled that Nestlé's four-fingered, trapezoidal Kit Kat may not be distinctive enough to merit trademark protection across Europe.

Want to celebrate the court's ruling and the wondrous variety of taste and how each of us experiences it?

Follow this recipe and whip up your own batch of witches' cheese. You're on firm legal ground, even if it tastes just like the real thing.