Accessibility links
Pardon Me, Turkey, Is This Stool Taken? Scientists Turn Poultry Poop Into Fuel : The Salt When heated under proper conditions, turkey droppings transform into a form of coal, and serve as a renewable resource. Just think: Someday you might roast your holiday turkey using its own excrement. 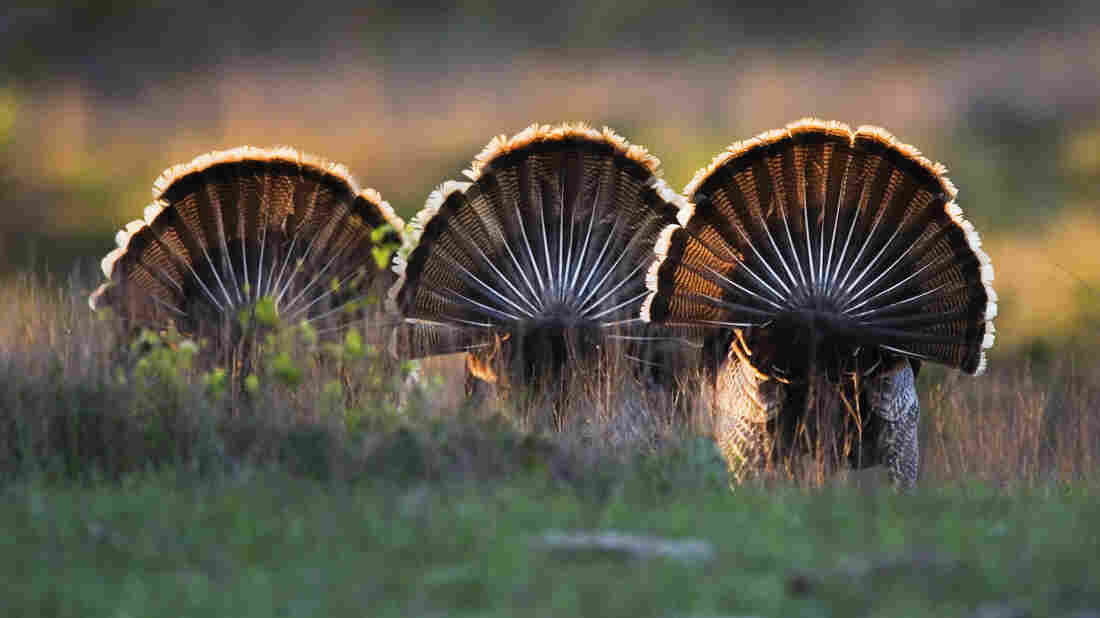 The back-end product of a turkey is perfect for electricity production, according to scientists at Ben-Gurion University in Israel. When converted to combustible biomass fuel, it could also reduce greenhouse gases and provide a renewable energy source. Radius Images/Getty Images hide caption 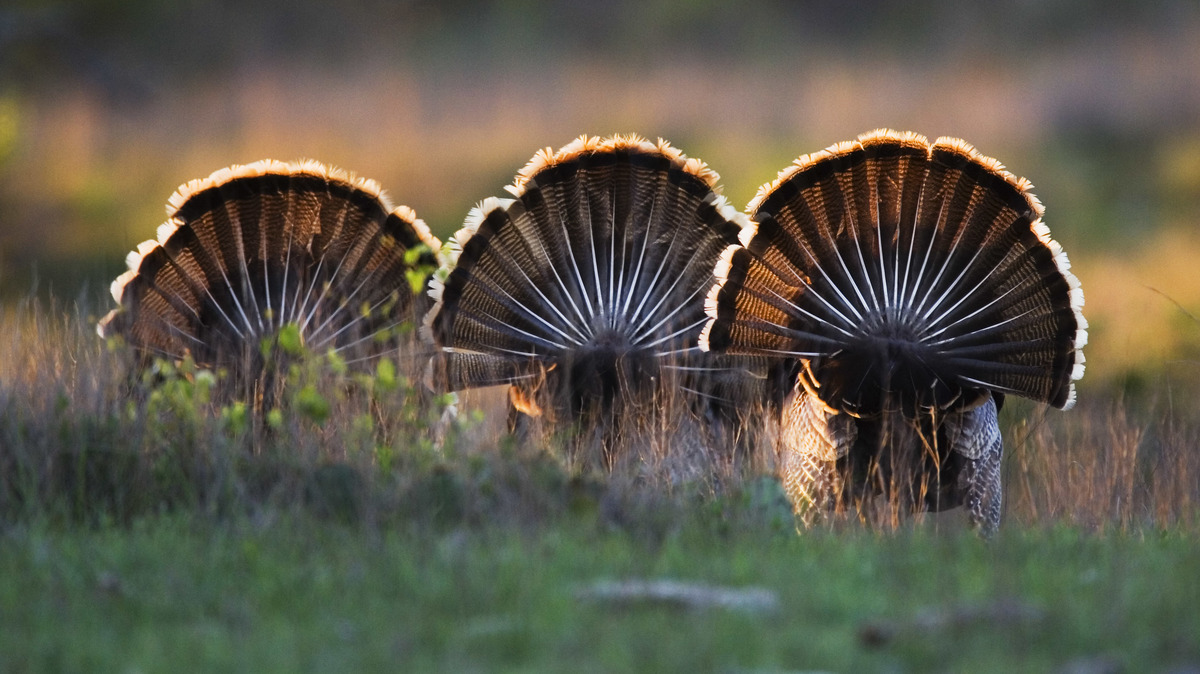 The back-end product of a turkey is perfect for electricity production, according to scientists at Ben-Gurion University in Israel. When converted to combustible biomass fuel, it could also reduce greenhouse gases and provide a renewable energy source.

As Thanksgiving arrives, Americans will be cooking their favorite holiday bird and debating the best recipes, ideal roasting temperatures and juiciest stuffing. But a team of scientists at Ben-Gurion University in Israel is preparing something different: turkey poop.

They say that when cooked under the right temperature, pressure and other conditions, turkey droppings transform into a form of coal, which can fuel power plants and serve as a renewable resource.

Led by professor Amit Gross, chair of the Department of Environmental Hydrology and Microbiology, the team focuses on ways to transform waste to resources, and has been experimenting with various forms of manure — an environmental hazard. In industrial agricultural operations, animal waste is usually treated with chemicals, burned or just dumped into landfills, where it contaminates groundwater.

"It is an environmental burden, and people are still trying to figure out what to do with it," Gross says.

The team started with poultry feces because it was an abundant and promising material. Annually, the world's poultry dishes out from 625 to 938 million metric tons of poop, which is high in carbon and nitrogen — the chemical elements needed for energy generation. Compared to cow manure, which is usually spread out over pastures, chicken and turkey waste is easier to obtain and handle because it's concentrated in smaller areas.

So the scientists gathered some poultry droppings, ground them manually with a mortar and pestle, then put them into autoclaves (heated, high-pressure containers), simulating conditions for the natural formation of coal. They experimented with different temperatures and techniques, compared the outcomes, and outlined the most efficient "recipes." 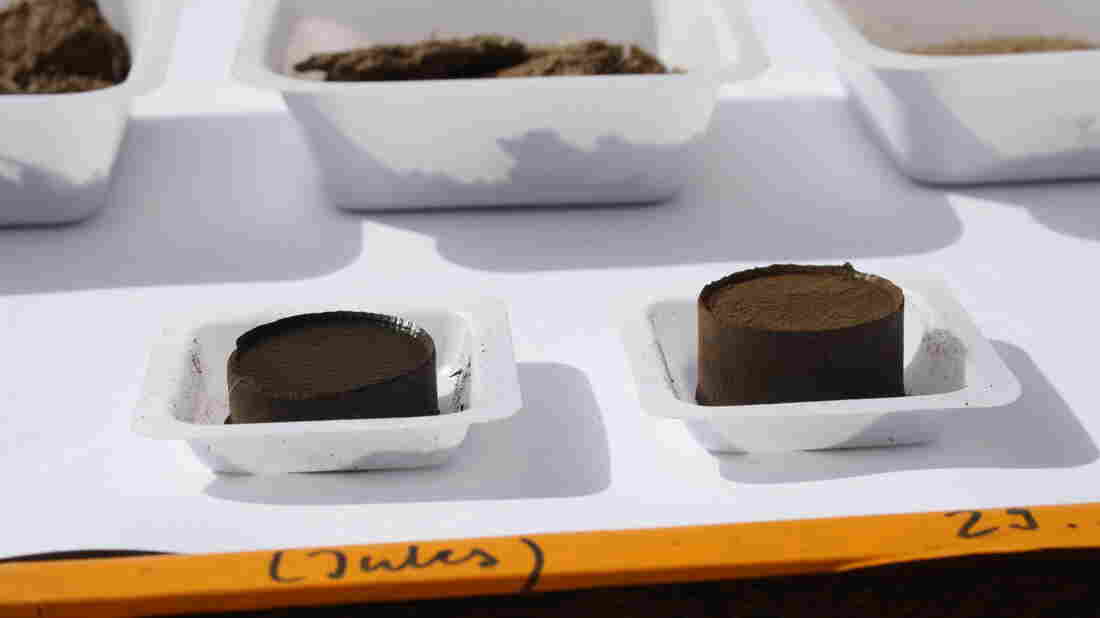 Hydrochar derived from poultry waste was produced in a lab at Ben-Gurion University in Israel. The hydrochar can be made into briquettes, which can be used as charcoal for cooking food. Juliana Neumann hide caption 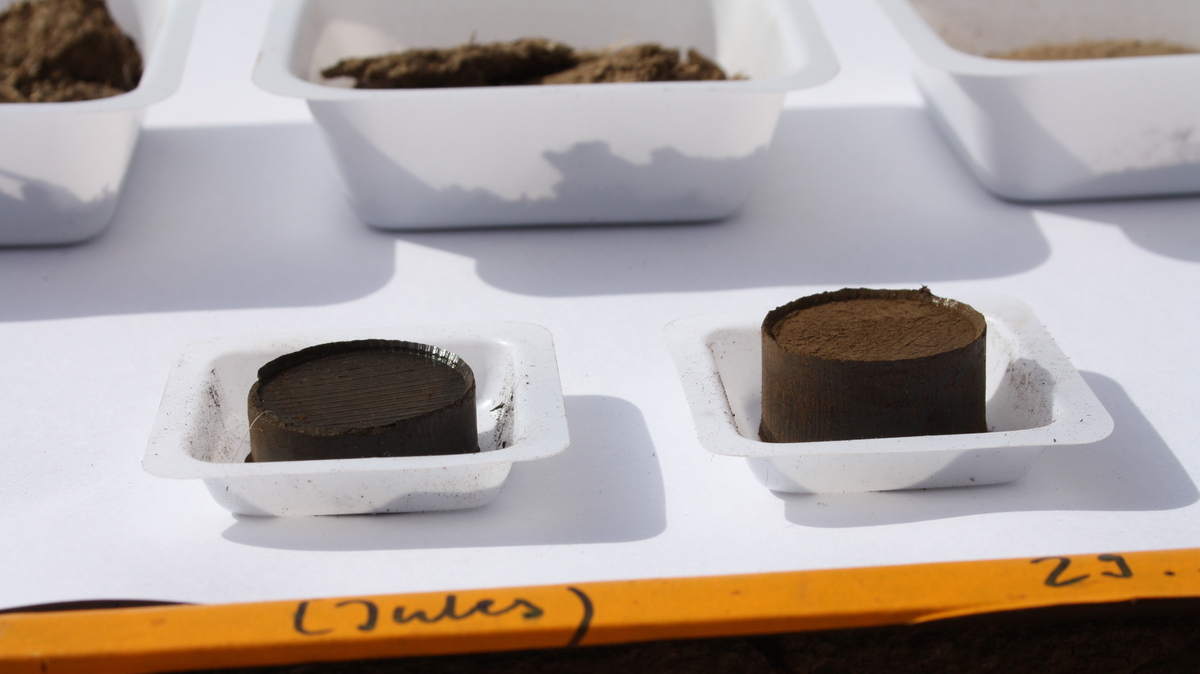 Hydrochar derived from poultry waste was produced in a lab at Ben-Gurion University in Israel. The hydrochar can be made into briquettes, which can be used as charcoal for cooking food.

As for cooking turkey, there are plenty of recipes: roasted, deep-fried, foil-wrapped, smoked, slow-cooked, grilled. But when converting waste to energy, there are really only two options for poop: roasted or stewed.

In the first approach, the droppings are heated at 842 degrees Fahrenheit without oxygen. That yields what scientists call biochar — carbonized biomass remains that are akin to coal, with similar combustion properties. However, roasting at such a high temperature requires a lot of energy, and therefore isn't the most efficient fuel production method.

So the team tried cooking the feces wet, at a lower temperature of 482 degrees Fahrenheit, but higher pressure — think stewed in a pressure cooker. That recipe produced hydrochar — a brownish slurry of burnt biomass particles and water. That slurry has a double use. The particles can be separated into a coal-like powder, while the liquid can be used as a safe organic fertilizer, since no pathogens can survive the cooking.

"Biochar takes lots of energy to remove water from the manure," Gross explains. "By leaving water in and using higher pressure and lower temperature, you use a lot less energy."

The scientists published their "recipes" and energy comparisons in the journal Applied Energy, stating that as global poultry production continues to grow, its fecal byproduct may help offset some of the world's energy needs. When converted to combustible biomass fuel, it could replace approximately 10 percent of the coal used in electricity generation, reduce greenhouse gases and provide an alternative and renewable energy source, says Vivian Mau, one of the project's researchers.

Other types of animals, such as cows, can contribute too. The team even tried pressure-cooking human excrement for a study published in the Journal of Cleaner Production.

Poultry-made hydrochar powder is a perfect fit for electricity production — and can be fueling generators now, Mau says. Making this work on an industrial level will take some scaling up, but the team doesn't foresee any engineering problems. Moreover, some furnaces pulverize coal for better combustion, so having the fuel already in powder form rather than lumps is an advantage. "This powder can go straight to the power plants and be loaded into the furnace," Mau says. "And it can also be made into briquettes," she adds, which can be used as charcoal for heating and cooking food.

This leads to a curious question: Can Thanksgiving turkeys be roasted using their own carbonized excrement? In theory it's possible. Over its lifetime, a bird generates enough dung for roasting. "In rough calculations it produces twice the amount," says Mau, "but then it can get interesting if we want to compare different cooking methods, recipes, stuffings, etc." So in scientific and recycling terms it makes sense, but the yuck factor is a different story.

The Ben-Gurion team isn't swayed by the yuck factor, though. Their ultimate goal is to try to roast a bird with their homemade hydrochar, and eat if afterwards. "I really hope it's tasty," Gross says — and there is a reason to believe so.

Once made, the hydrochar doesn't emit any stink — it even has a pleasant aroma! "It smells of coffee," says Mau. "So it would be interesting to see if it the meat roasted on it will also have coffee flavor."

Lina Zeldovich is a science and food writer based in New York City. She has contributed to Newsweek, Smithsonian and AFAR, among other publications, and is working on a book titled Black Gold: The Science and Business of Turning Waste into Wealth.

A previous version of this story misstated how much poop the world's poultry produces. That figure is between 625 to 938 million metric tons, not 625 to 938 metric tons, as previously stated.