Accessibility links
Beware The Thanksgiving Salad: CDC Says No Romaine Lettuce Is Safe : The Salt A new outbreak of E. coli has hit dozens of people in 11 states. No deaths have been reported, but the CDC says consumers should not eat any romaine lettuce until more is learned about the outbreak. 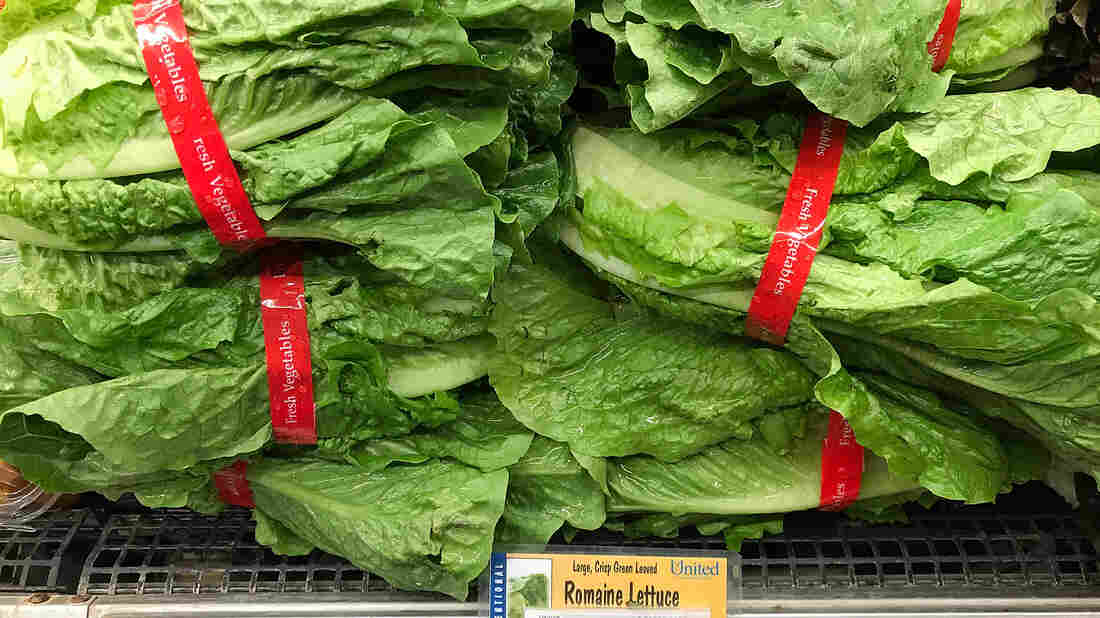 Romaine lettuce is displayed on a shelf at a supermarket in California in April, during an E. coli outbreak traced to contaminated lettuce. The CDC says a new outbreak has made lettuce dangerous to eat, just in time for America's most foodcentric holiday. Justin Sullivan/Getty Images hide caption 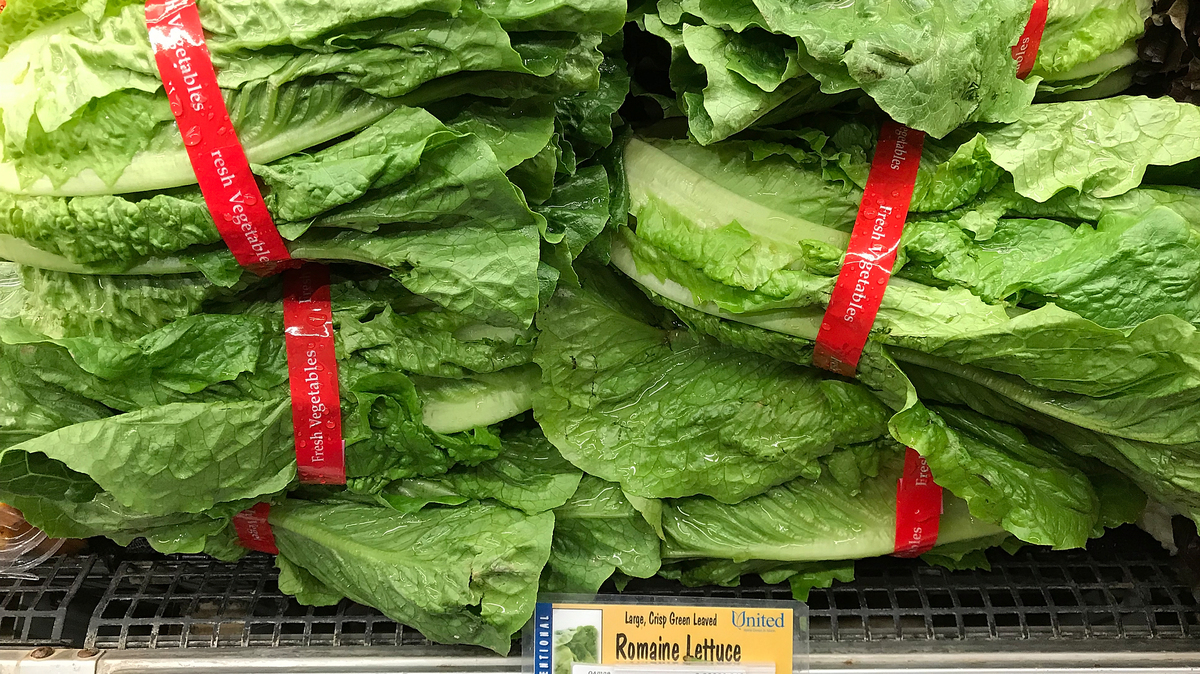 Romaine lettuce is displayed on a shelf at a supermarket in California in April, during an E. coli outbreak traced to contaminated lettuce. The CDC says a new outbreak has made lettuce dangerous to eat, just in time for America's most foodcentric holiday.

Cut Caesar salad off the menu this week: The Centers for Disease Control and Prevention says a multistate E. coli outbreak is underway, and romaine lettuce is to blame.

Thirty-two people are sick, including 13 who were hospitalized; no deaths have been reported. An additional 18 people were sickened in Canada.

Evidence points toward romaine lettuce as the likely source, but the CDC can't get more specific than that.

"It's still early in this investigation and work remains to pinpoint the source of contamination that contributed to this outbreak," Food and Drug Administration Commissioner Scott Gottlieb said in a release.

He says there's not enough trace-back information to request a recall from specific romaine suppliers. "The quick and aggressive steps we're taking today are aimed at making sure we get ahead of this emerging outbreak, to reduce risk to consumers, and to help people protect themselves and their families," Gottlieb added.

So for now, any and all romaine lettuce should be thrown out, the agency says. That means heads of romaine, hearts of romaine, lettuce mixes and a classic Caesar salad.

If you're not sure whether your bagged lettuce includes romaine, chuck it out, the CDC says. And after you do that, be sure to wash and sanitize the crisper drawer or fridge shelf the lettuce touched.

The new outbreak, according to DNA fingerprints, includes the same strain of E. coli as a 2017 leafy green outbreak in the U.S. and romaine lettuce outbreak in Canada. The source of that outbreak was never precisely identified.

This is a different strain from the one responsible for another romaine lettuce scare in the U.S. earlier this year, when the vegetable caused E. coli infections in more than 200 people in 30 states, killing five people.

In that outbreak, the CDC initially traced the offending greens back to Yuma, Ariz.

A tainted canal was ultimately identified as the culprit. That outbreak, first announced in April, was declared over in June.

The leafy greens industry has taken multiple steps over the last 12 years aimed at reducing the risk of contamination. As we've reported, the industry has set up protocols to monitor water quality and adopted standardized buffers to separate lettuce fields from livestock operations.