Accessibility links
Cargill Tests Robotic Cattle Driver As A Way To Improve Worker Safety : The Salt Hundreds of injuries — and some fatalities — are caused by cattle each year. But a new robot might be able to emulate some sounds and actions of workers, keeping them safe from kicks and attacks. 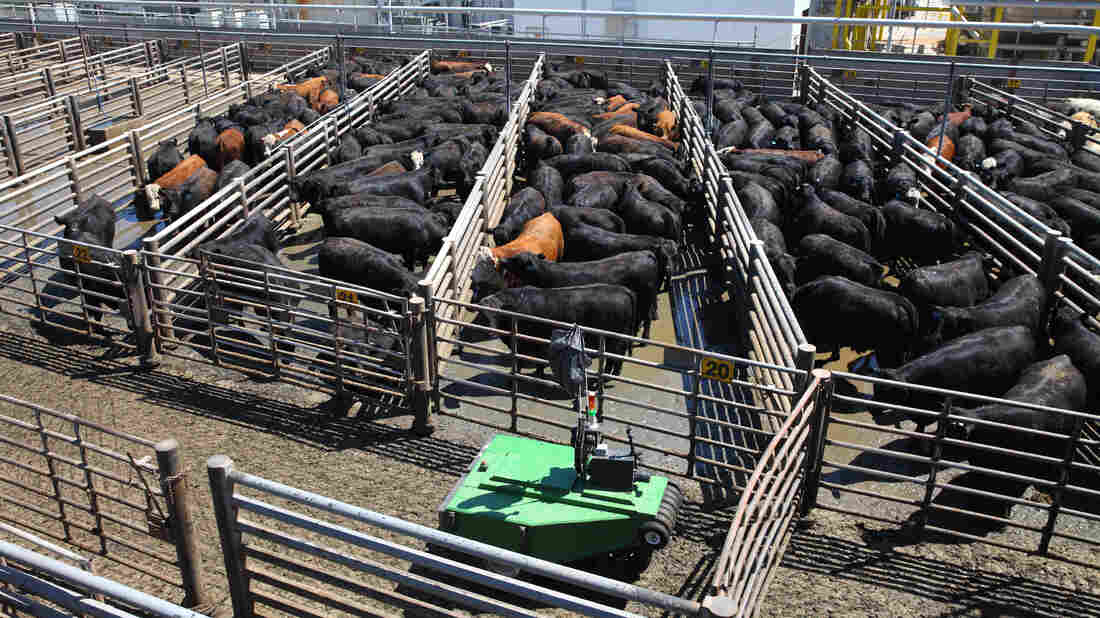 Cargill calls the robotic cattle driver "a first in the industry," and hopes that it will improve worker safety. Cargill hide caption 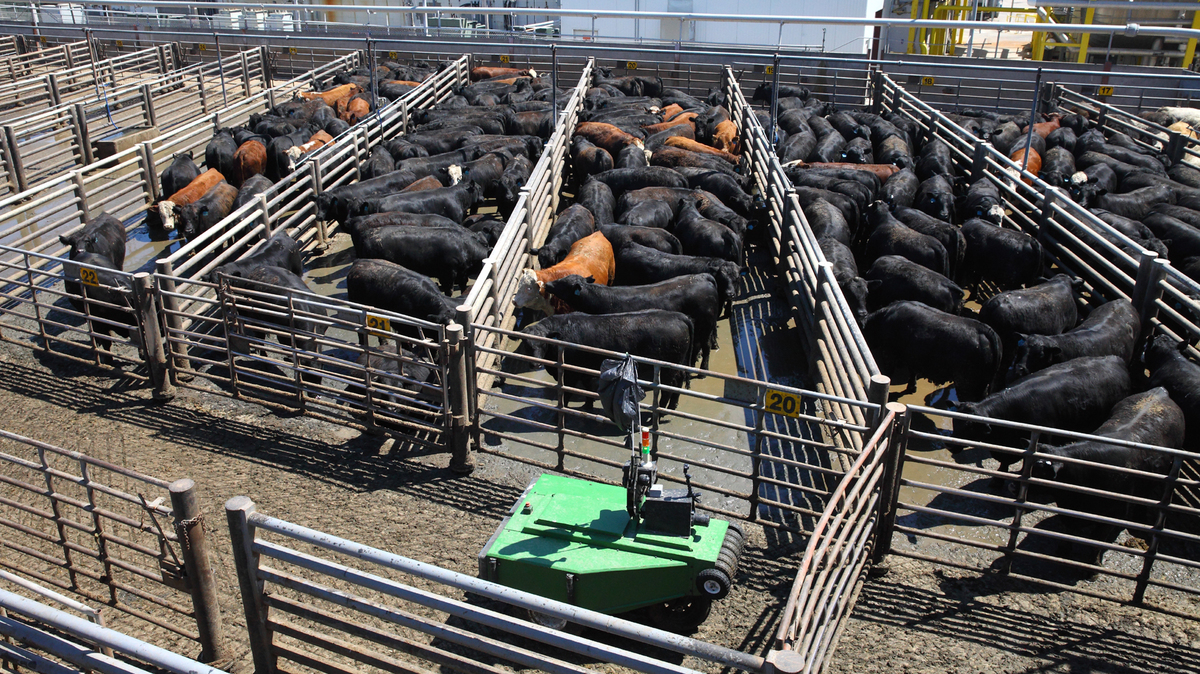 Cargill calls the robotic cattle driver "a first in the industry," and hopes that it will improve worker safety.

Brad Churchill, a slaughter operations manager at Cargill Meat Solutions, has worked in the cattle industry for more than 30 years — and has seen many employee injuries caused by livestock.

"A young man did nothing to provoke this 1,600-pound Angus steer who turned on him in an instant," Churchill said of one incident last year. The man crawled through an escape hatch, and ended up with a dislocated shoulder and few fractured ribs.

Working with cattle is dangerous: The Bureau of Labor Statistics reports that in 2017, cattle injured 1,360 workers. And those attacks can sometimes be fatal.

So, when Churchill first saw a video of a robot, developed by a Russian tech company for security purposes, it gave him an idea.

Cargill redesigned the robot, giving it a tough metal exterior and options for customization depending on the needs of the operation. For instance, an MP3 player can relay recordings of whistles to help drive animals forward, much like a human would do. For dairies, where cows tend to be older, Churchill said an air blower could be installed to gently tickle their haunches. The robot was tested at plants in Nebraska and Pennsylvania.

"Once we tested it and knew that we could move cattle with it, then I knew that we could keep our people out of the line of fire with these animals," Churchill said. He thinks the robot might also be used for moving other animals — such as turkeys and hogs — though no such testing has taken place yet at Cargill.

Robotics are becoming increasingly common in dairy and feedlot operations, said David Douphrate, an expert in agricultural worker safety at the University of Texas Health Science Center. That's in part because the work is dangerous, and finding workers to fill jobs is challenging.

"I think that we will see more adoption of robotic technology in livestock production. It all comes down to cost and benefit," he said. According to Cargill, the robotic cattle driver costs up to $50,000.

Douphrate thinks the concept is promising. Because the robot is operated remotely, workers no longer have to walk behind the animals, where they're vulnerable to kicks and attacks.

"Anytime that you can eliminate, or even substitute, that task with modern technology, it's a good thing," he said.