Accessibility links
Fishermen Blame Energy Companies For Warming Oceans, Climate Change : The Salt The food industry is already feeling the effects of climate change, which will likely force expensive adaptations in the future. At least one sector is looking to make energy companies pay.

Fishermen Sue Big Oil For Its Role In Climate Change

Fishermen Sue Big Oil For Its Role In Climate Change 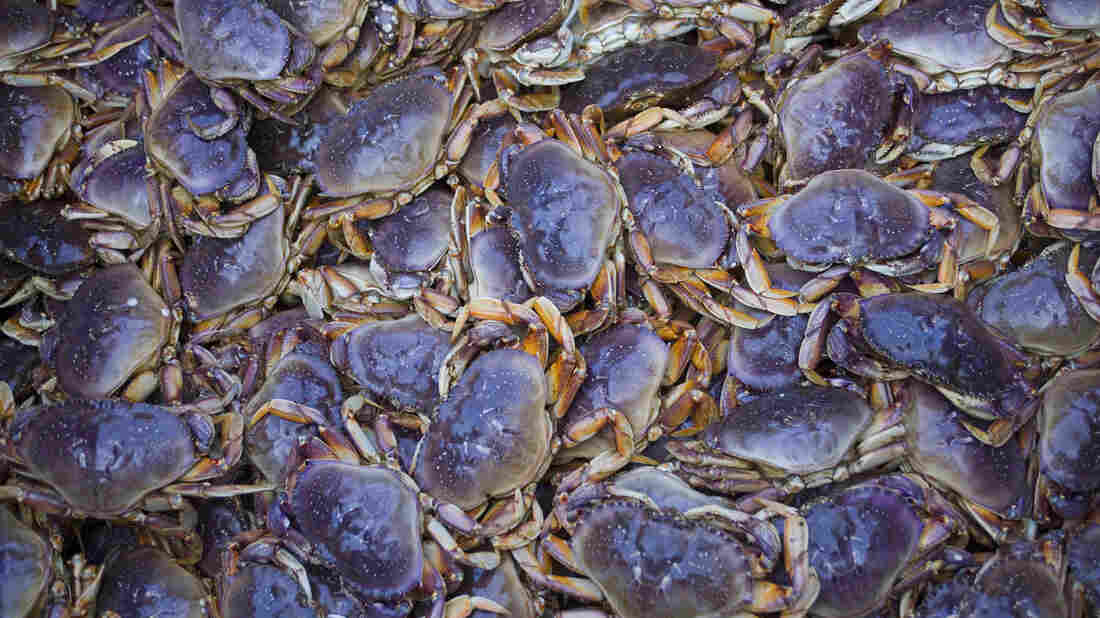 Dungeness crab like these, caught off the coast of Alaska, have been affected by the neurotoxin domoic acid because of algae blooms in recent years, which makes them unsafe to eat. Michael Melford/Getty Images hide caption 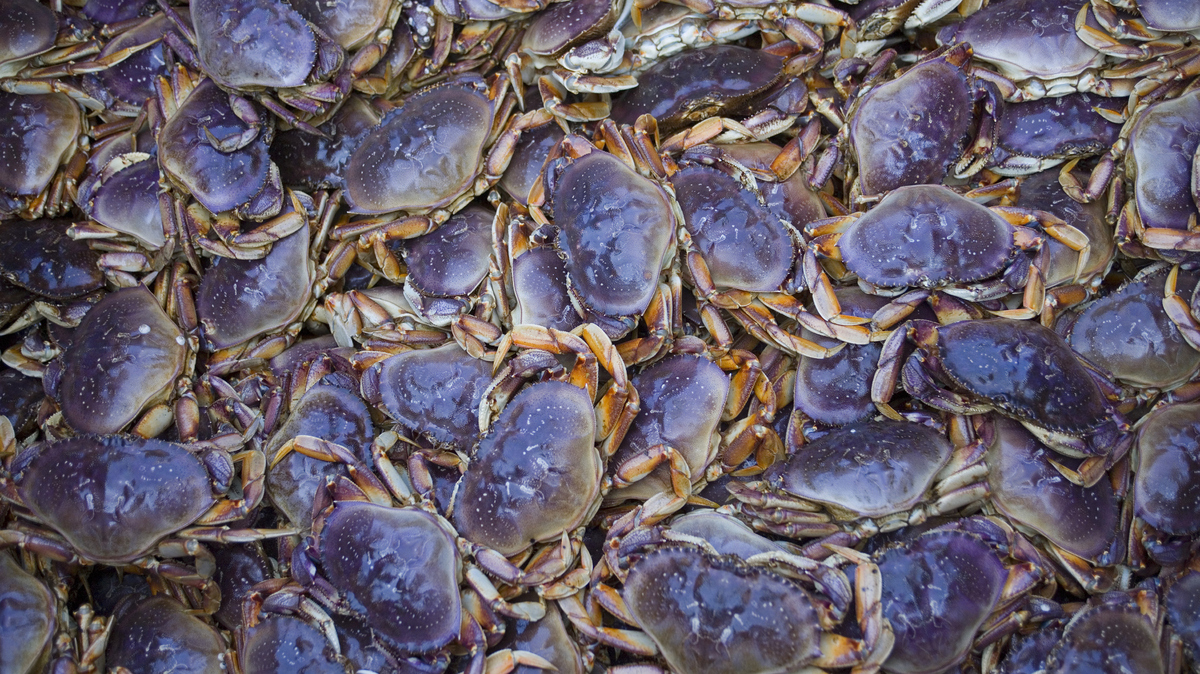 Dungeness crab like these, caught off the coast of Alaska, have been affected by the neurotoxin domoic acid because of algae blooms in recent years, which makes them unsafe to eat.

While oil companies built seawalls and elevated their oil rigs to protect critical production infrastructure from the rising sea level, they concealed from the public the knowledge that burning fossil fuels could have catastrophic impacts on the biosphere.

That's what citizens and local governments across the United States are asserting in lawsuits against oil, gas, and coal companies. Plaintiffs in the cases have alleged that fossil fuel producers knowingly subjected the entire planet and future generations to the dire consequences of their actions.

On Nov. 14, fishermen in California and Oregon joined the legal fray by filing suit against 30 companies, mainly oil producers. The Pacific Coast Federation of Fishermen's Associations, the plaintiff, contends that the fossil fuel industry is at direct fault and must be held accountable for recent warming-related damages to the West Coast's prized Dungeness crab fishery, which catches millions of the tender-fleshed crustacean most years, and coastal chefs turn the critters into classics like Crab Louie and Crab Cioppino.

The fishermen's lawsuit appears to be the first time food producers have sued the fossil fuel industry for allegedly harming the environment.

A recent history of heatwaves

Since 2014, the northeast Pacific Ocean has experienced several dramatic marine heatwaves. The higher temperatures have caused blooms of toxic algae that, by producing the neurotoxin domoic acid, can make Dungeness crab and other shellfish unsafe to eat. In the fall of 2015, state officials in California and Oregon delayed the opening of crab season by several months, until testing finally showed domoic acid levels had dipped back to safe levels. Several similar closures have occurred since, including this year.

Noah Oppenheim, the executive director of the Pacific Coast Federation of Fishermen's Associations, says the 2015-2016 crab fishing closure resulted in direct financial losses that caused some boats in the fleet of about 1,000 to leave the fishery. Subsequent closures, also caused by domoic acid concerns, have further strained the industry, which in California and Oregon is worth about $445 million, Oppenheim says.

"All these impacts we're dealing with have nothing to do with abundance of the stock or overfishing," Oppenheim says. "They're driven by ocean warming and these blooms of toxin-producing algae."

Dungeness crab fishermen in California have been allocated about $15 million, according to Oppenheim, of a $200 million federal disaster relief package, approved earlier this year to help fishermen in the fallout of several fishery disasters, including salmon run failures in northern California. Oppenheim says crab fishermen "appreciate the help" from taxpayers but that the general public should not be on the hook for damages resulting from warming oceans.

"The financial harm should be covered by those perpetrating it," he says.

Sources within the oil industry would not discuss the lawsuit. Exxon's corporate media relations manager Scott J. Silvestri emailed The Salt a statement:

"Reducing greenhouse gas emissions is a global issue and requires global participation and actions," he wrote. "Lawsuits like this – filed by trial attorneys against an industry that provides products we all rely upon to power the economy and enable our domestic life – simply do not do that."

Sean Comey, the senior advisor of policy, government and public affairs with Chevron Corporation, says in an email that the crabbers' lawsuit "is without merit and counterproductive to real solutions to climate change." He says fossil fuel production "has been lawful and encouraged by governments" and is "vital to the global economy."

Sabrina Fang, a spokesperson with the American Petroleum Institute, said her organization could not comment on the pending litigation.

The crabbers' lawsuit comes amidst a string of court actions by cities against the oil industry. In July, the mayor and city council of Baltimore filed suit against 26 companies, alleging they knew but hid from the public the dangers of fossil fuels. The lawsuit claims the "Defendants' Actions Prevented the Development of Alternatives That Would Have Eased the Transition to a Less Fossil Fuel Dependent Economy." Similar suits have come from the state of Rhode Island and several communities in California, including the City of Santa Cruz and Marin County.

Federal judges have dismissed some of these lawsuits. One filed jointly by the cities of San Francisco and Oakland, and another from New York City, were tossed out on the grounds that such matters should be handled in venues other than the courts, such as by Congress or the executive branch.

But some climate activists are convinced that the tide will turn. Richard Wiles, executive director of the Center for Climate Integrity, is not involved in the crabbers' lawsuit but believes a flood of lawsuits like theirs could soon inundate the fossil fuel industry. He says "establishing a firm, highly defensible, essentially incontrovertible link between global warming and the damages that the plaintiff, or industry in question, has suffered" is the key to winning a lawsuit of this nature, and he says he believes the crabbers' case — and the science supporting it — "appears very strong."

"This case could signal the beginning of a wave of suits from industries and businesses that have been harmed by climate change," he says.

Information uncovered by reporters recently suggests that oil, gas and coal interests knew for decades that they were essentially facilitating the alteration of the Earth to build their own industries. As outlined in a recent New Yorker article by Bill McKibben, these companies promoted public relations schemes to misinform the public, discouraged the development of alternative energy sources, and even advertised the notion that more CO2 in the atmosphere could promote plant growth and global crop yields.

Widespread concern about the future of food

The concerns about what climate change means for food are not limited to those of a handful of environmentalists. Hundreds of independent scientists have produced reports outlining the magnitude of damages that global warming and ocean acidification will likely cause. In October, the Intergovernmental Panel on Climate Change released a grim 791-page report warning of drastic changes to the planet if average temperatures increase by just 1.5 degrees Celsius from preindustrial levels.

Earlier this month, a U.S. federal report outlined the economic impacts the nation will likely experience as a result of unruly weather, changing climate and sea level rise. "[Y]ields from major U.S. commodity crops are expected to decline as a consequence of higher temperatures," the authors wrote. They cited research showing that California's Central Valley could be too balmy by 2100 to reliably produce walnuts, which require cold temperatures in the winter to properly set fruit.

On the East Coast, the authors of the federal report predicted "declines of species that support some of the most valuable and iconic fisheries in the Northeast, including Atlantic cod, Atlantic sea scallops, and American lobster."

These documents, along with ongoing court proceedings, help establish evidence that could lead to legal victories against the oil industry, even if the pending lawsuits are discarded, says Scott Edwards, the co-director on climate and energy with the group Food and Water Watch.

"The federal report shows climate change's potential impacts on crops and food systems, so it's likely that other food industries will sue," he says.

In fact, there is evidence fossil fuel interests are growing uneasy about the onslaught of lawsuits and the science supporting them. In October, just days after the IPCC's damning report, ExxonMobil announced a plan to lobby for a carbon tax. It was about the last thing one would expect of an oil producer. But the pledge came with a catch: that the company be granted immunity from all lawsuits seeking damages for climate change impacts, according to an article by Vox.

"Instead of working to reduce the use and combustion of fossil fuel products ... and ease the transition to a lower carbon economy, Defendants concealed the dangers, sought to undermine public support for greenhouse gas regulation, and engaged in massive campaigns to promote the ever-increasing use of their products at ever greater volumes," the crab fishermen's lawsuit states. This, the complaint charges, is driving ocean warming.

The crabbers' lawsuit calls the domoic acid outbreaks that have harmed the fishery "a direct and proximate result of" the defendants' actions.

To adapt to a warming ocean with higher concentrations of domoic acid in the food web, the crab industry may need to employ costly measures. Ideas on the table, Oppenheim says, include domoic acid testing kits that could identify tainted crabs as soon as they're caught, and onshore holding tanks where clean recirculated water would rapidly cleanse suspect crabs. Whatever the West Coast's crab fishermen do to adapt to the changing oceans, Oppenheim says, the world's oil barons should foot the bill.

Oppenheim says the impacts now hitting the West Coast crab fishery will probably only magnify as the planet continues warming: "It's highly likely this is going to become a recurring problem, part of a new ocean regime — the new normal."