Accessibility links
Sorrel: The Ruby-Red Caribbean Christmas Drink Flavored With Black History : The Salt This festive punch, made from hibiscus, is the taste of the holidays throughout the islands. It is also a close cousin to African-American "red drink," described as "liquid soul." 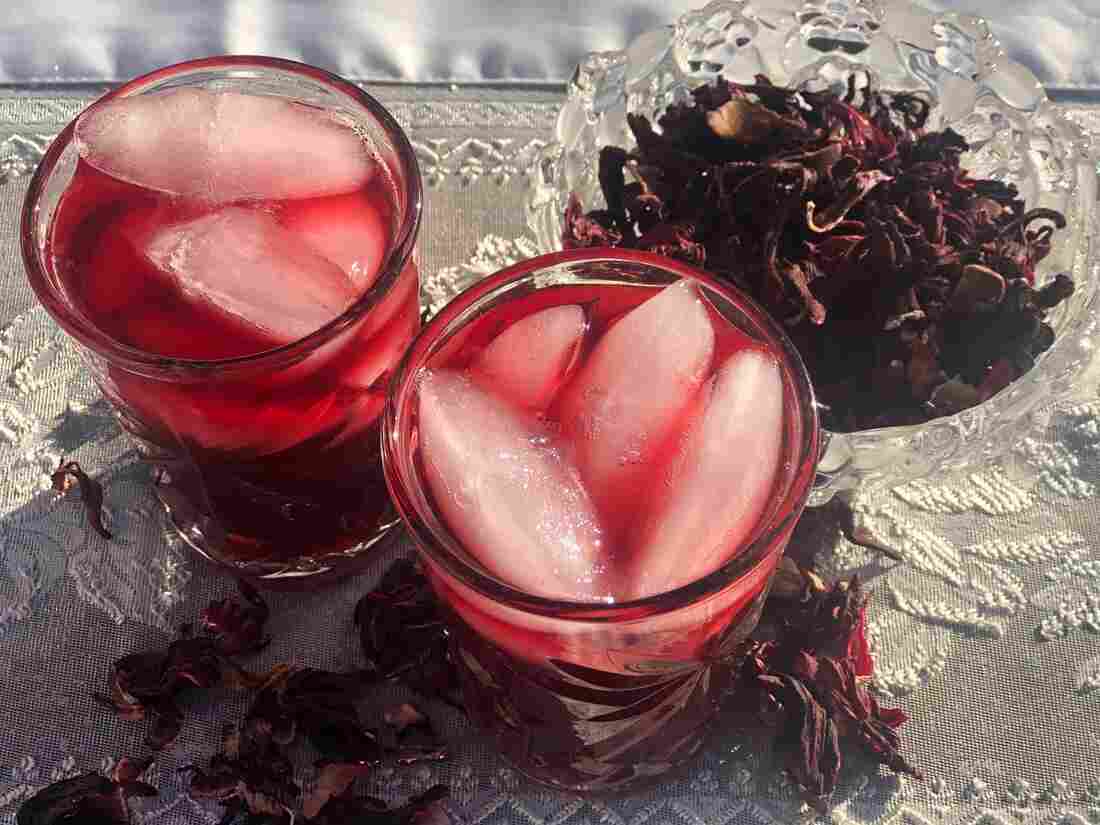 Sorrel, a festive drink made by steeping hibiscus flowers, is the taste of the holidays throughout the Caribbean. It is also a close cousin to the African-American red drink, described as "liquid soul." Andrea Y. Henderson/NPR hide caption 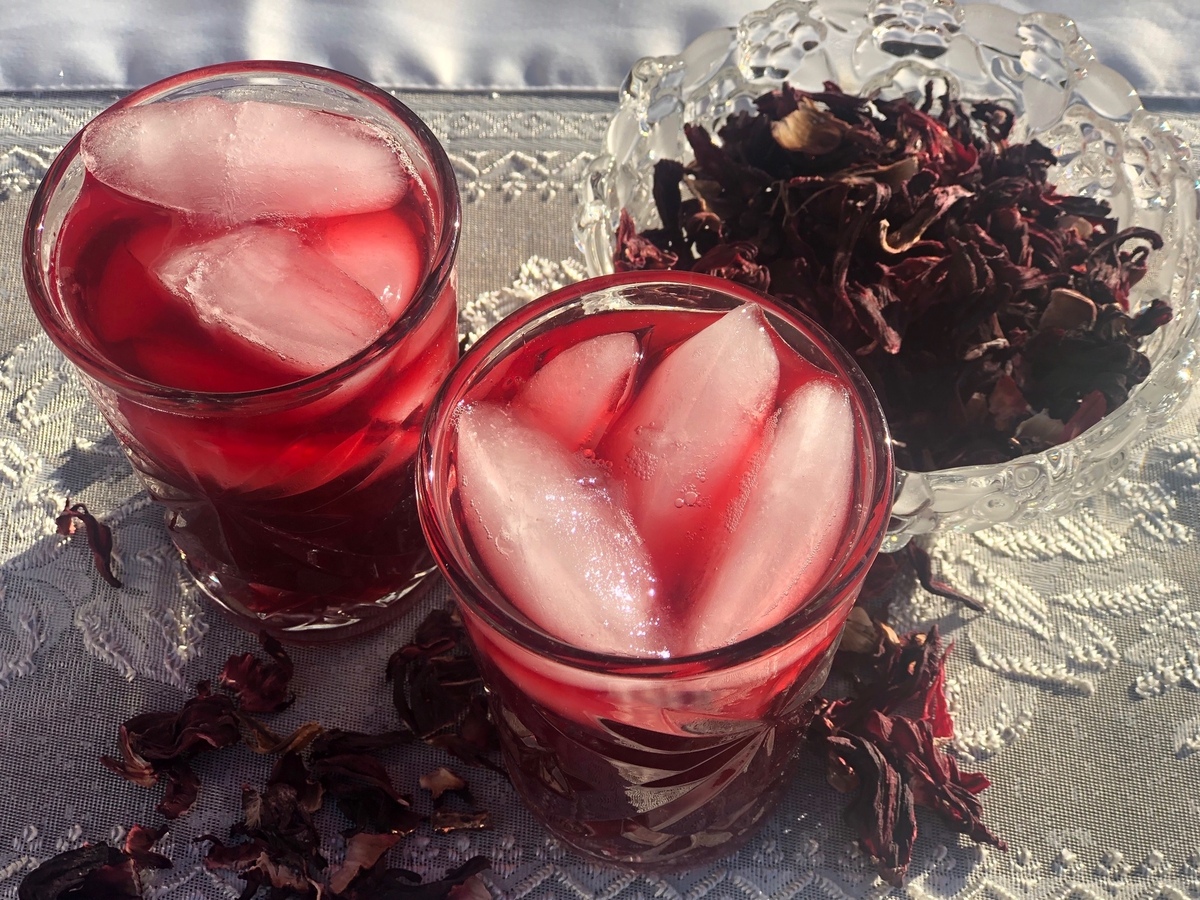 Sorrel, a festive drink made by steeping hibiscus flowers, is the taste of the holidays throughout the Caribbean. It is also a close cousin to the African-American red drink, described as "liquid soul."

In America, the boozy drink of Christmastime is buttery, cream-colored eggnog. But throughout the Caribbean, the sip of the season comes in a holiday-appropriate shade of ruby red: sorrel.

This sweet, cinnamon-spiced drink gets its festive deep-red shade from the flowers of roselle, a species of tropical hibiscus plant used to make it. "It has notes of family, warmth, Christmas and of being around people that you love," says Jamaican chef Suzanne Rousseau, who with her sister, Michelle Rousseau, co-authored the vegetarian cookbook Provisions: The Roots of Caribbean Cooking.

Different islands give sorrel their own spin, varying the spices and other ingredients. Some people add ginger ale to the mix. Wine, rum or other alcohols can be used for the optional buzzy kick. The Rousseau sisters take the crimson hibiscus buds and combine them in a saucepan with spices like cinnamon, cloves and ginger, boil the mixture for a few minutes, then steep it for two to three days. Once the mixture is steeped, they add sugar, wine and rum to taste, and chill the blend until the holiday drink is ready to be served. "It's not really a cocktail, it's more like a punch," Michelle Rousseau says. The sisters say they like to keep sorrel in their fridge year round — the longer it sits, the richer and sweeter it gets.

But this beloved island drink isn't just a local tradition. It actually has deep roots in the history of the African diaspora, and is a close cousin of another beverage — one with a special place among African-Americans: red drink.

If you don't know what red drink is, then most likely you have never attended a black American church function, family reunion or barbecue, because these gatherings have red drink readily available — not just at Christmastime but throughout the year. If you walk into a soul food restaurant and red drink isn't on the menu, you might as well walk out.

That's because red drink is "liquid soul," as African-American food historian Adrian Miller has called it.

But what exactly is red drink, you ask? It is more of a phenomenon than a single drink. Most commonly, red drink is served ice cold — and red, of course — a sugary blend of several flavors of Kool-Aid. In the South, red flavored Kool-Aid is available during gatherings, but the most popular red drink often comes in the form of Big Red, a fizzy canned soda.

"Red drink is very popular in African-American culture," says Miller. "It's just essentially a nod to ancestral traditional red drinks that crossed the Atlantic during the Atlantic slave trade."

Red drinks made from Roselle hibiscus have spread far and wide. A version of the drink is "known as bissap to many African countries," Miller says. "Then it became sorrel in Jamaica. It's even being embraced by the Latinx culture, called agua de Jamaica."

Miller says that while searching historical records, including old periodicals and thousands of narratives from formerly enslaved African-Americans collected as part of the 1930s Federal Writers' Project, he discovered many references to red drinks served as part of celebrations on U.S. plantations during slavery and after Emancipation.

These red concoctions sometimes came in the form of raspberry or strawberry lemonade, or as vinegar shrubs — drinks made of a mix of syrup, vinegar, fruit and sugar. Though these fruit-based drinks were derived from ancestral African traditions, they were often served to white guests of the plantation as hospitality beverages. These drinks were often spiked with liquor — the exact kind depended on the type of corn the plantation harvested. At times the liquor and even the kind of molasses used would produce the reddish color, which enhanced the red shade of the fruit-based drinks.

After President Lincoln issued the Emancipation Proclamation in 1863, freedom celebrations emerged amongst the enslaved. These celebrations continue to this day in the form of Juneteenth, a holiday marking the end of slavery in Texas that's widely observed throughout the U.S. by African-Americans — customarily with free-flowing red drinks in hand.

At the turn of the 20th century and into the 1930s, "You start to see very specialized drinks like Big Red and the emergence of flavored powdered drinks that you can just make by adding your own water and sugar to taste," Miller says.

In the Caribbean, sorrel became a Christmastime tradition in part because the roselle hibiscus plant used to be available only during that time of year, says Michelle Rousseau. These days, however, the plant is cultivated year-round, and sorrel is bottled and sold commercially, she says.

Interestingly, while America has long had its own strong red drink tradition, Miller says the Caribbean Christmastime sorrel has been gaining a foothold in the U.S. since at least the 1930s, when large numbers of Caribbean immigrants began arriving.

"In the newspapers, I saw references — at least in New York City — to sorrel being sold on the street around Christmastime for newly arrived Caribbean immigrants to have something they desire," Miller says.

For the Rousseau sisters, who still live in Jamaica but spoke to NPR while on book tour in the U.S., sorrel remains the taste of Christmastime — and their Caribbean island.

"This year, I cannot wait to get home, because I still have some in my refrigerator from last Christmas," Michelle Rousseau says. "These were the kinds of things we would do when we were young: sitting in front of the tree lights, put on the Christmas carols and pour yourself a glass of sorrel."

The Rousseau sisters share their recipe for this Caribbean holiday favorite. 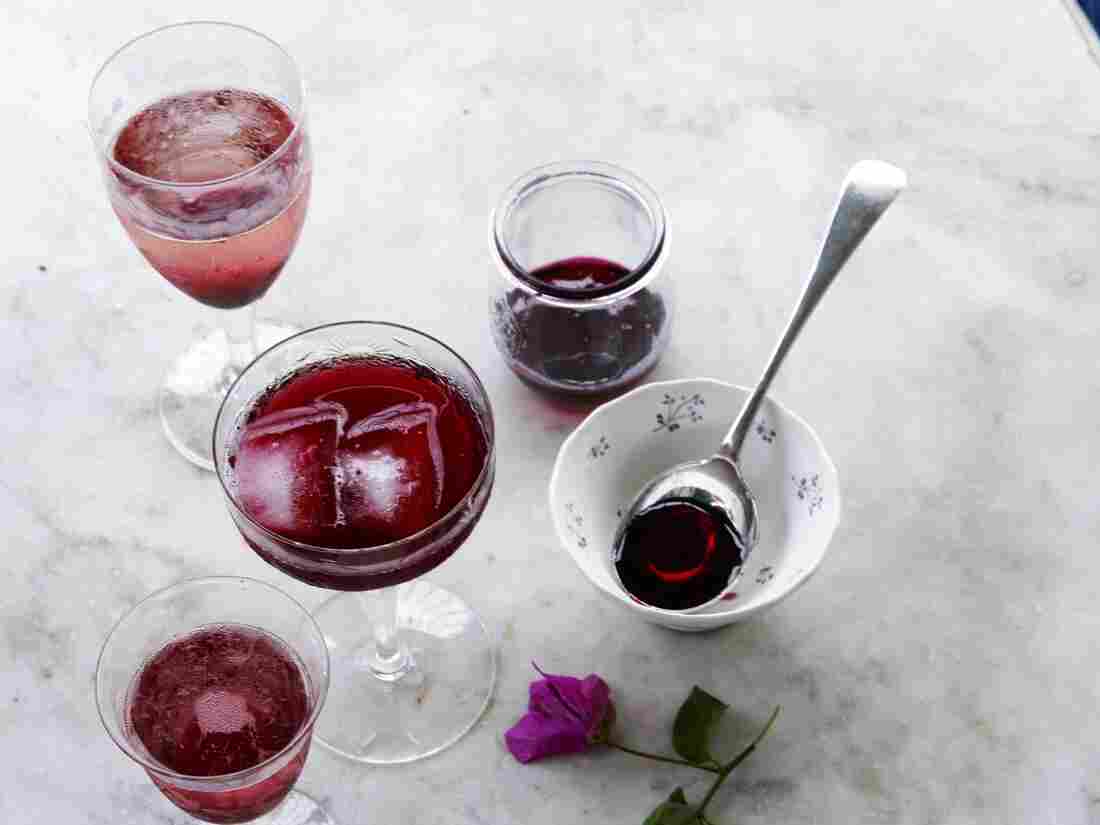 Above, a glass of traditional sorrel and the Rousseau sisters' Sorrel Mimosas (Holiday Hibiscus) made with it. Ellen Silverman hide caption 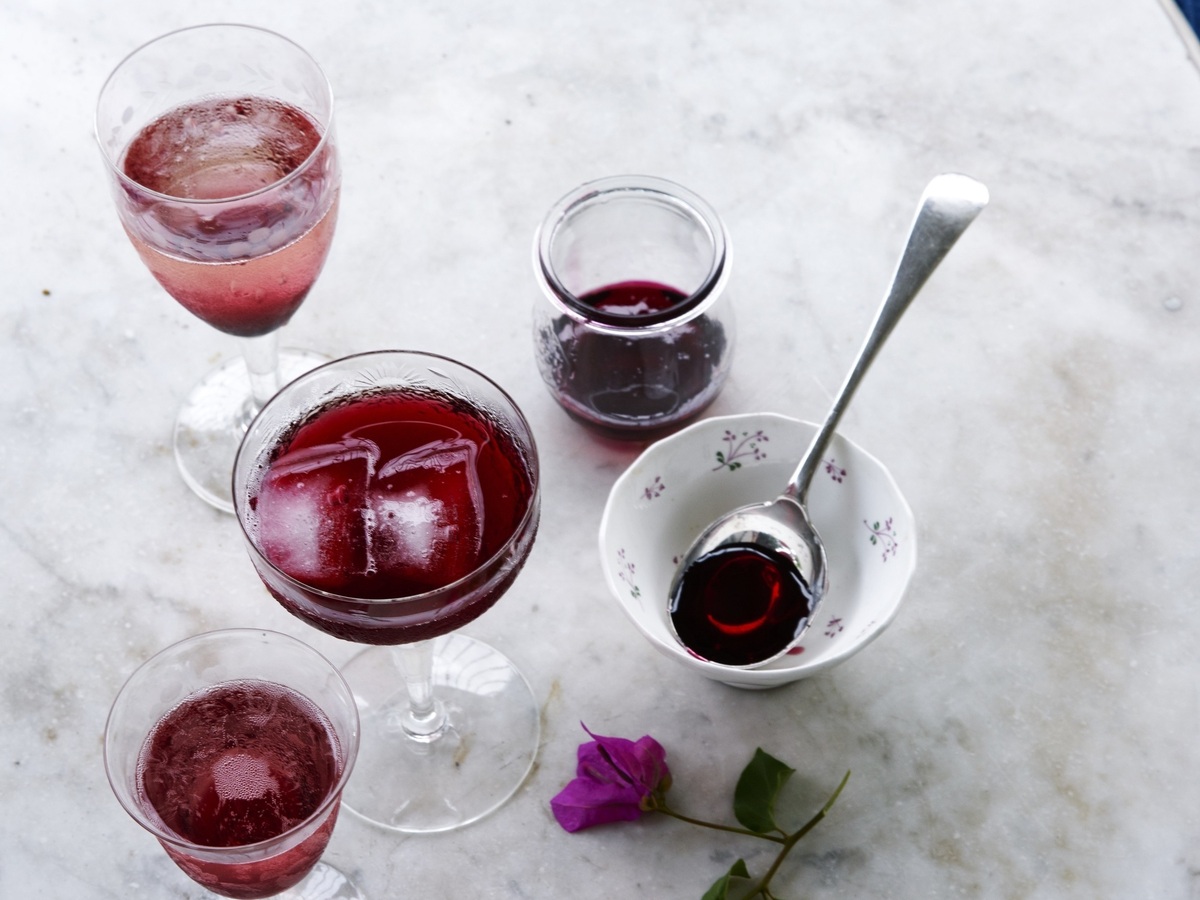 Above, a glass of traditional sorrel and the Rousseau sisters' Sorrel Mimosas (Holiday Hibiscus) made with it.

Mix 2 quarts water with the ginger, allspice berries and the cinnamon leaf or ground cinnamon in a large saucepan.

Boil for a few minutes. Add the fresh sorrel buds, then turn off the heat.

Once the sorrel has steeped, strain the mixture and discard of any solid pieces.

Sweeten the mixture to taste with sugar. Be sure to mix until the sugar has dissolved.

Excerpted from Provisions: The Roots of Caribbean Cooking by Suzanne and Michelle Rousseau. Copyright (c) 2018. Excerpted by permission of Da Capo Press, an imprint of Perseus Books, a Hachette Book Group company. All rights reserved. No part of this excerpt may be reproduced or reprinted without permission in writing from the publisher.