Accessibility links
Tokyo's Metro Is Betting Free Soba Noodles Can Help Ease Congestion : The Salt Passengers who get on the train before the morning rush hour will also qualify for free tempura. The offer is an attempt to reduce overcrowding on the city's most jam-packed route. 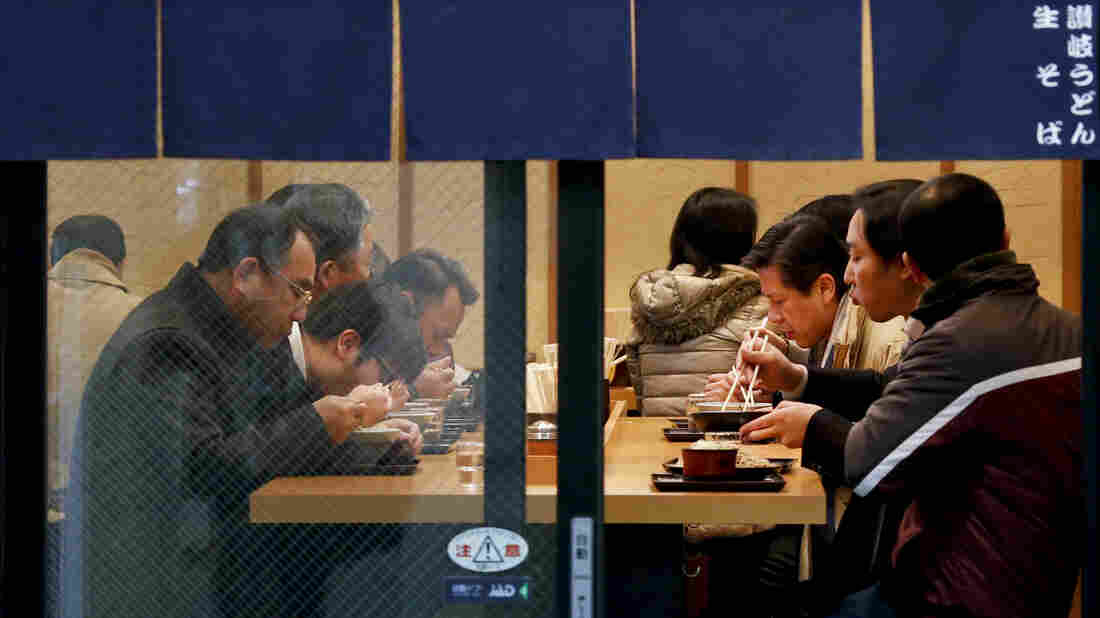 People slurp soup and pluck noodles at a soba and udon restaurant in Tokyo in February 2016. Shuji Kajiyama/AP hide caption 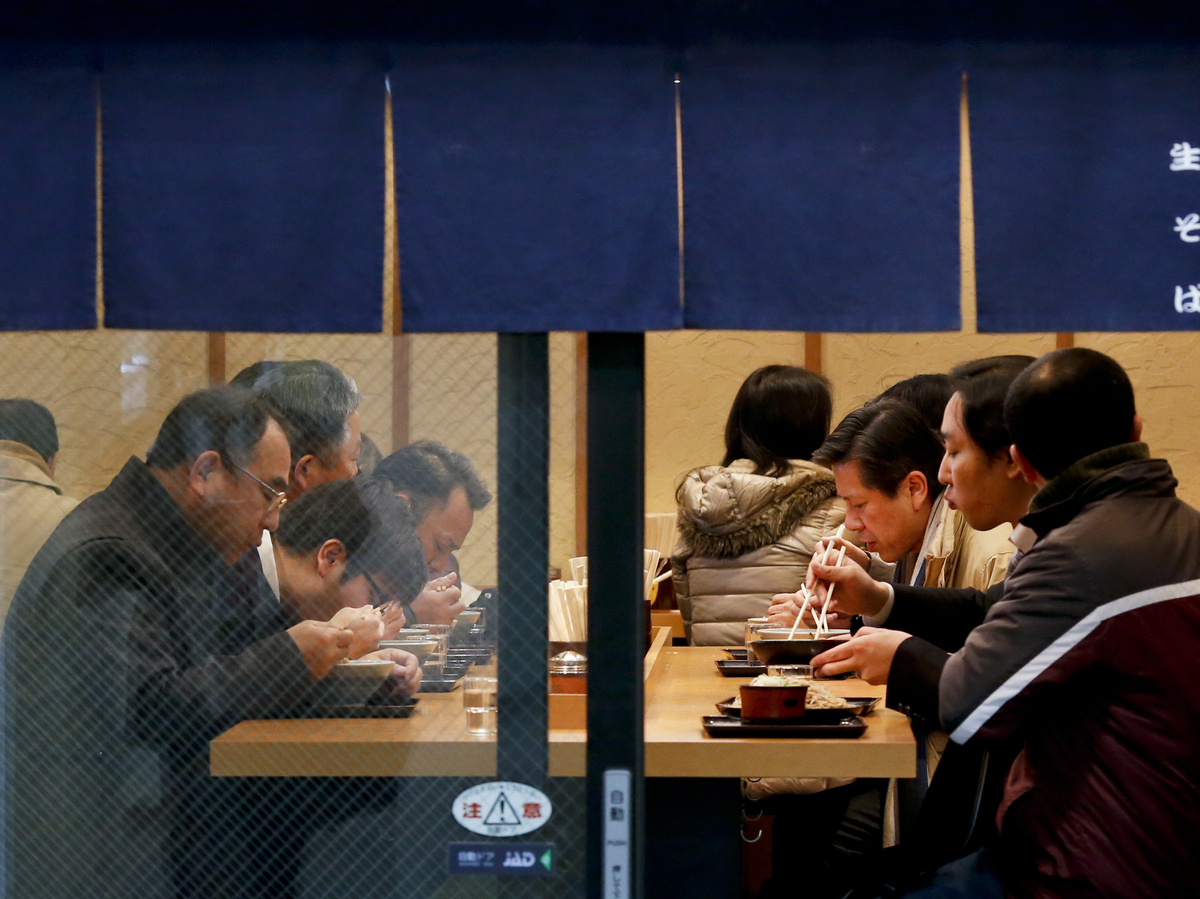 People slurp soup and pluck noodles at a soba and udon restaurant in Tokyo in February 2016.

The metro system is offering vouchers for the buckwheat noodles and fried snacks to commuters who get on the train before rush hour. So far, more than 8,000 people have signed up to beat the clock, metro officials have announced.

To participate, passengers have to register their metro cards online, then use those cards to pass through station gates before a morning cutoff time, The Japan Times reports. The Tokyo Metro will email a voucher to passengers who keep up the early travel for 10 consecutive days. The metro said it would hand out vouchers for tempura if 2,000 people signed up, soba noodles if 2,500 people enrolled, and both soba and tempura if more than 3,000 passengers registered. The metro named four shops where customers could redeem their coupons.

About 1,000 businesses have agreed to take part and allow their workers to come in during off-peak hours, the AFP reports. Between 7:50 a.m. and 8:50 a.m., more than 76,000 passengers ride the Tozai line, AFP notes — double the capacity the train was initially designed to serve.

Soba noodle shops are ubiquitous in Japanese metro stations, according to Cizuka Seki, who grew up in Nagasaki, Japan, and owns Washington, D.C.'s Izakaya Seki with her father.

"You stand at a bar or a high-top table," Seki tells NPR. "You just don't have a lot of time and you need to stuff something in your face."

She said the noodles can be served hot or cold, but the metro appears to be advertising a hot bowl known as kake-soba, along with a kakiage tempura fritter made with onions and carrots. She estimated the dish would cost about 400 yen, or less than $4.

"It's a lot of effort for a bowl of free soba, but people in Japan love coupons and free stuff," she says. "It brings people a lot of joy."

Robert Puentes, the CEO of the Washington, D.C.-based Eno Center for Transportation, wrote NPR that there's "nothing like the noodle incentive in the U.S.," although some American cities — including Washington, D.C., and Los Angeles — charge more for public transportation during peak hours.

"Major cities like Washington, New York and Chicago certainly have crowded conditions during rush hours, but they're less intense than the Tozai line," Puentes says. "And indeed, the major problem in U.S. cities now with respect to public transit is the loss of riders. The Tozai line runs far over its capacity."

The situation in Japan has been worse: In the 1980s, the average congestion on Tokyo trains was above 200 percent, Nippon reports.

The soba noodles are among several incentives Tokyo Metro is offering to encourage off-peak travel. Other enticements include bottles of Coke, cups of coffee and bowls of soup.

Ironically, soba noodles can be the ultimate slow food. NPR's Ina Jaffe visited the Japanese island of Shikoku and found a woman who hand-ground buckwheat kernels with a stone, then mixed the flour with water, rolled the dough into a thin sheet and sliced it into thin, delicate strands.

Tokyo's early birds should not expect that version, Seki says. She notes that the promotion is for a chain restaurant, not a boutique soba noodle house.

NPR's Yuki Noguchi and Wanyu Zhang contributed to this report.