Accessibility links
Oregon Bottle Deposit System Hits 90 Percent Redemption Rate : The Salt The expanded program includes more types of containers and benefits from a cleaner mix of recyclable materials, which is easier to sell than the mishmash of waste that ends up in curbside bins. 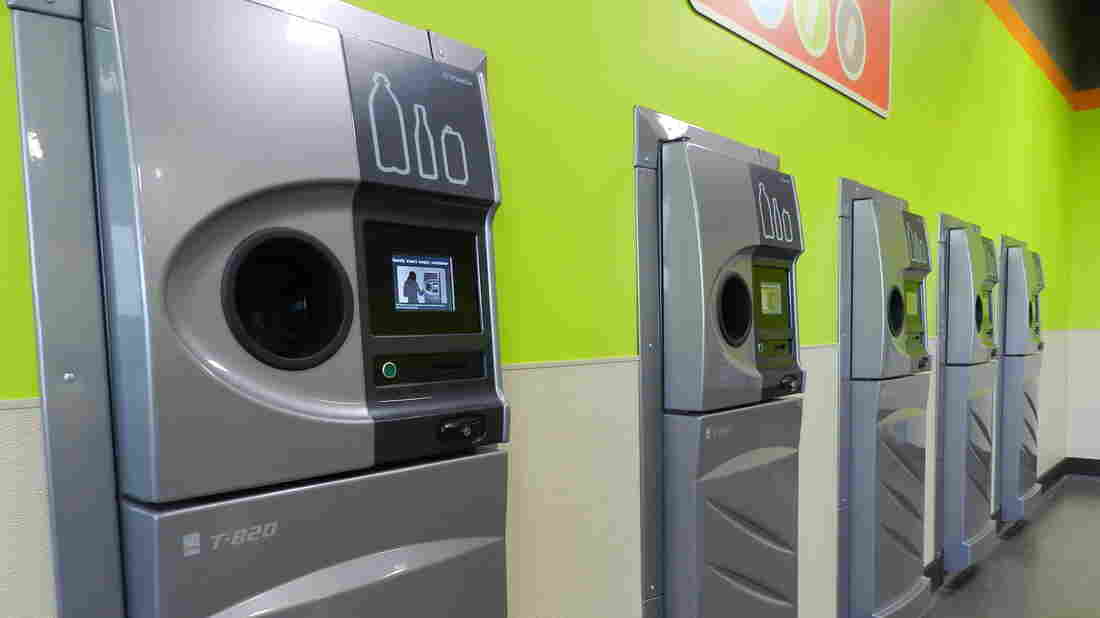 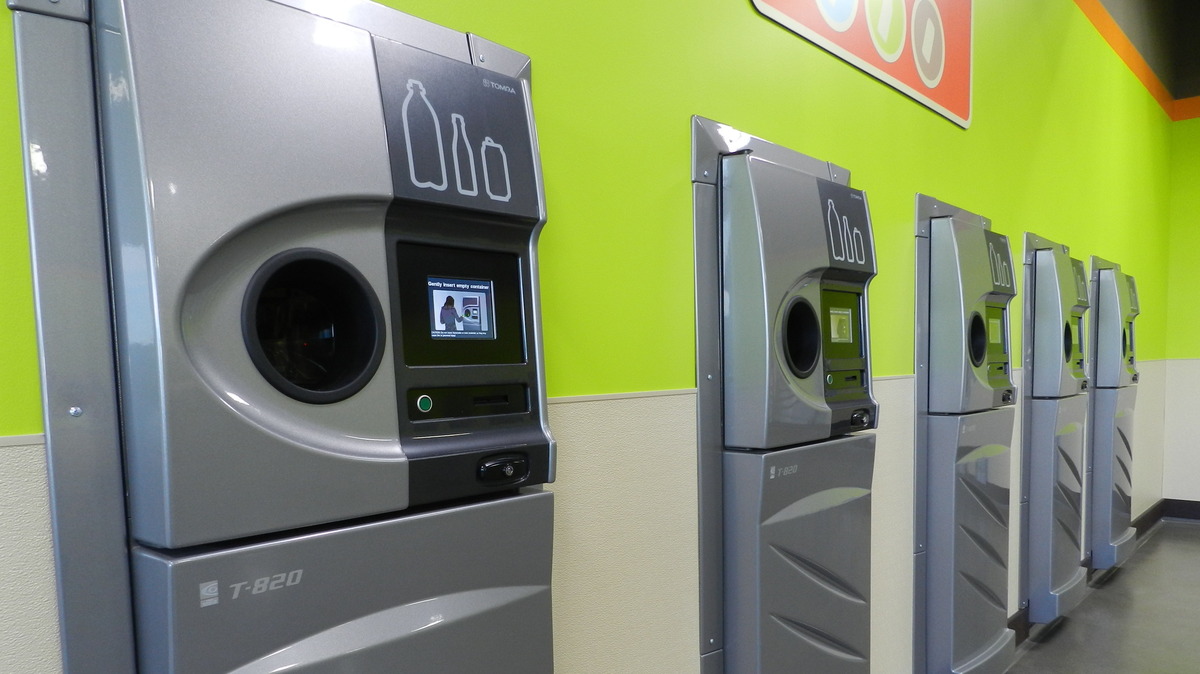 A row of new reverse vending machines, which collect drink containers for recycling, greets customers at the grand opening of the BottleDrop Redemption Center in Medford, Ore.

Oregon's bottle deposit system is recycling more containers than ever before despite major disruptions in global recycling markets.

Last year, Oregon recycled 90 percent of the beverage containers covered by its bottle deposit system. The rate has jumped from 64 percent just two years ago, and the total number of bottles recycled reached an all-time high of 2 billion in 2018.

"That's a really interesting thing given how much change is happening in recycling markets right now," said Joel Schoening with the Oregon Beverage Recycling Cooperative, which runs the state's bottle deposit system.

Schoening said the program isn't suffering from the same problems as curbside recycling.

"Because we deal only in glass, plastic and aluminum with very few exceptions, we have a very clean recycling product," he said, "which makes it easier to sell and recycle domestically."

The new numbers reflect the recent expansion of the program to include more types of beverage containers, including energy and sports drinks, tea, coffee and kombucha, as well as an increase in the deposit value from 5 cents to 10 cents.

In 2018, the program also saw a 50 percent increase in sign-ups for the BottleDrop service that allows consumers to drop off their bottles to be counted and credited to their accounts. According to OBRC, more than 300,000 Oregonians now have BottleDrop accounts.

Peter Spendelow, a natural resource specialist with the Oregon Department of Environmental Quality, said the bottle deposit program is helping the state keep its recycling rate up even as some recycling companies across the state are having to send some of their recyclables to landfills for lack of buyers.

"We can see good increases in aluminum, glass and rigid plastic containers — three materials that are dominated by the bottle deposit system," Spendelow said.

"People do not put coffee cups in when they return their bottles through the redemption center," he said, "whereas you do see those in curbside bins."

Spendelow said the success of the bottle deposit system proves that deposits can work as an incentive for proper recycling, but it isn't the solution for everything that's going in curbside bins.

This story comes to us from member station Oregon Public Broadcasting.