Accessibility links
Rough Day On The Job? A Lunch Club Might Help You Bite Back Those Blues : The Salt Bad food on top of a bad workday is ... bad. So some co-workers have created a bright spot — a good meal. And while the food is yummy, the care that goes into making a homemade lunch is even better. 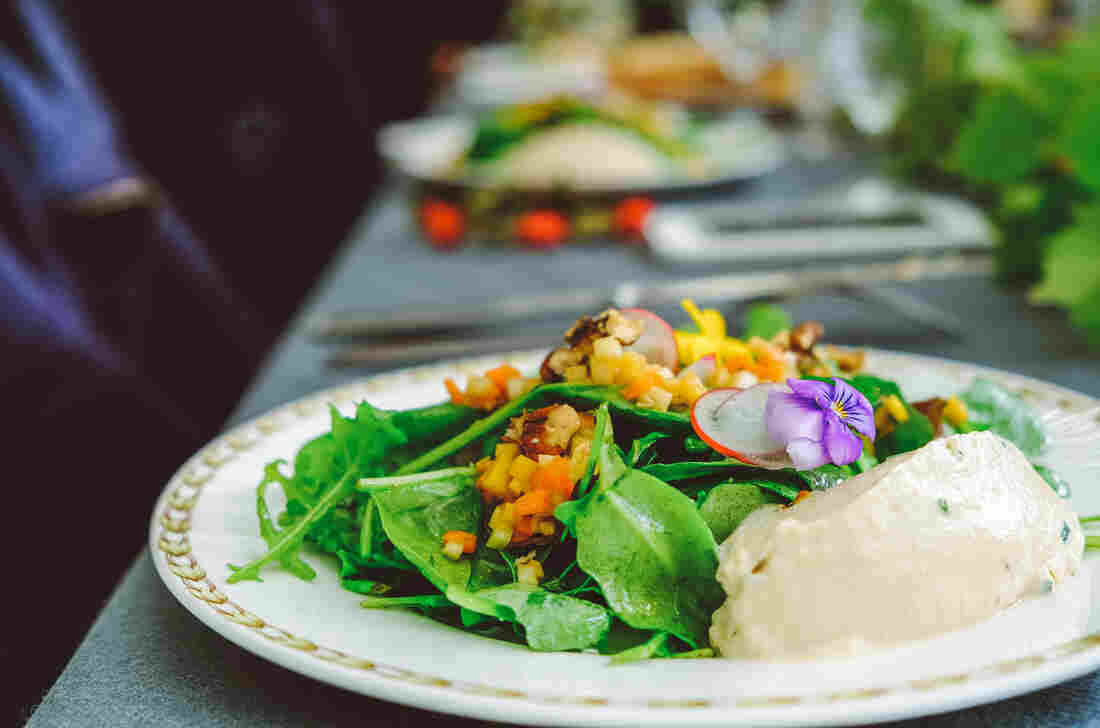 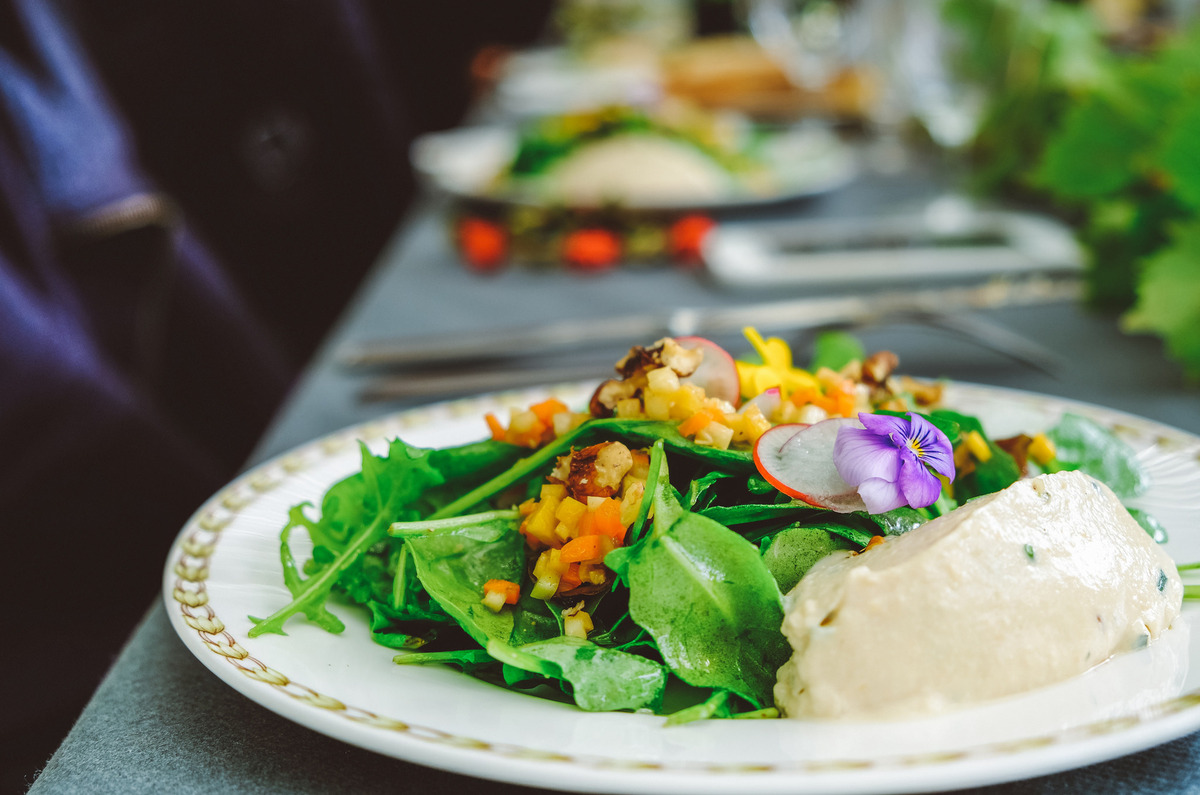 Lunch clubs are becoming a popular trend in offices as a way for co-workers to brighten each other's days by sharing meals they've prepared for one another. They might eat together or at their own separate desks.

"If you have a crappy meal, it just feels like a crappy part of my day," says Jen Van Fleet, an educator in Davenport, Iowa.

It has been a tough year in her school district. There have been new hires and budget cuts and extra work that has kept everyone busier than usual. Just before Thanksgiving, she was commiserating with her friends about the year and her mediocre lunches when someone had a brilliant idea: start a lunch club.

A Workplace Potluck Filled With Filipino Food And Memories

Van Fleet assumed she and her three lunchmates would try it for a week and then it would fizzle out. "But here we are months later, and it's not going anywhere," she says.

Every weekend the group texts each other to figure out the week's schedule. Then, one day a week, each person cooks lunch for four, packs it lovingly and brings it to school. They even send photos the night before to build anticipation. It has become so popular that there has already been one spinoff, a club for people who are all trying the same diet.

These lunch clubs can range from a two-person swap to a five-person rotation. Sometimes people use a communal lunch as an excuse to sit down together during a busy day; others simply take their lunches whenever they have time, then thank the meal's maker later via text message. Wherever there are people who want something more than their sad desk lunches or expensive to-go food, there are co-workers who have found a way to share a meal in a way that works for them.

Tiffany Lo, a senior video producer at BuzzFeed, has been meal prepping with co-workers nearly every week for more than two years. They meet at the same co-worker's house each time (he's the only one with a large enough kitchen to fit four people) and spend two or more hours cooking the week's lunches. One person does the grocery shopping ahead of time, and they keep their budget at $16 to $22 per person for three meals. They started the club because they wanted to save money and eat healthier. While Lo admits that the gathering probably isn't a time saver, the social aspect has become important. The group, which is the same three people and a rotating fourth each week, recently cooked dinner for a member's birthday — sitting down to eat right afterward.

At Kia Designs in London, lunch club has become a staffwide affair since the design firm moved to a new office without many meal options nearby. "We'll do two lunches one week and two the next, so not everyone feels like they have to cook all the time," says owner Kia Stanford. What their office does have is a fridge large enough to store all the food. Stanford says it's important to keep logistics in mind before planning a lunch club. "If we were using a tiny communal fridge, everyone would be annoyed about the amount of space we're taking up." 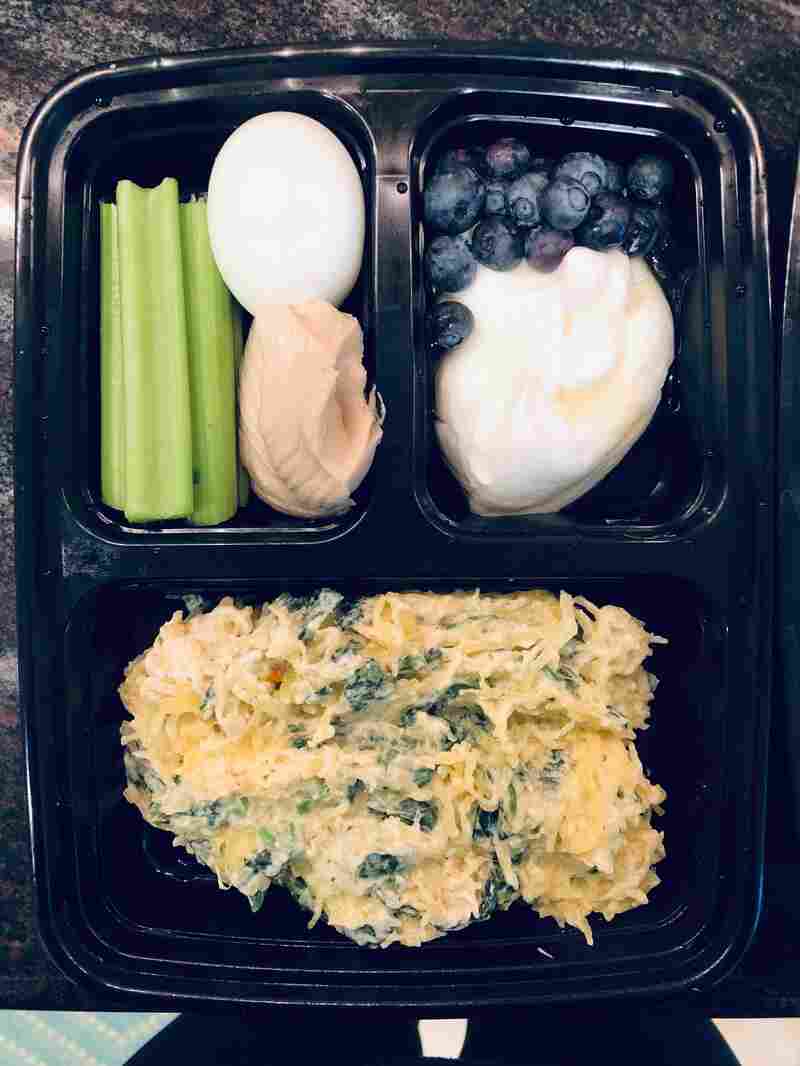 For one lunch, Jen Van Fleet cooked spaghetti squash casserole with goat cheese and spinach, along with sides of celery, hummus and a hard-boiled egg. Greek yogurt, honey and blueberries made for a sweet dessert. Courtesy of Jen Van Fleet hide caption 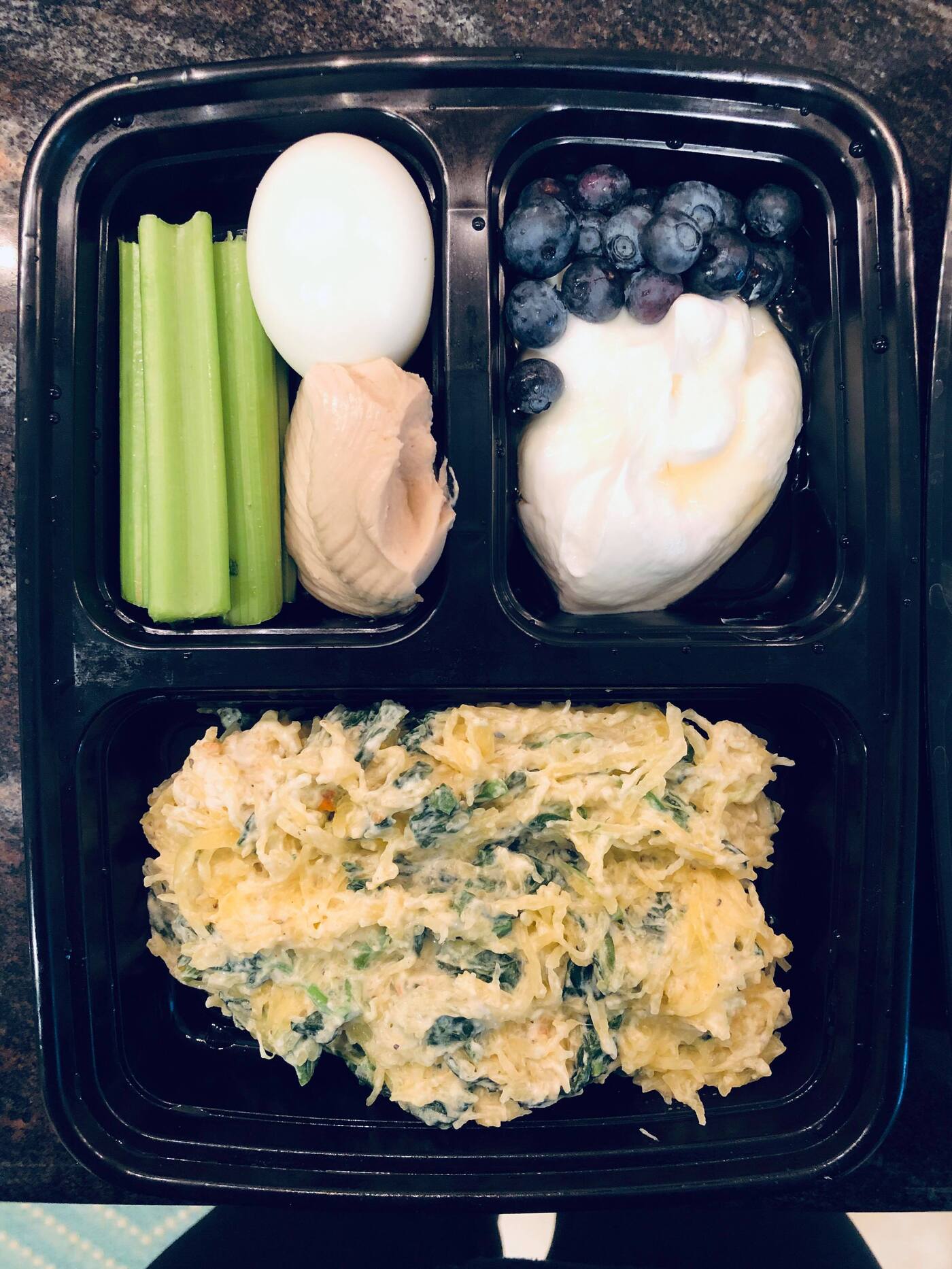 For one lunch, Jen Van Fleet cooked spaghetti squash casserole with goat cheese and spinach, along with sides of celery, hummus and a hard-boiled egg. Greek yogurt, honey and blueberries made for a sweet dessert.

An important first step in planning lunch club? Writing down dietary restrictions and preferences. "One person doesn't like tuna, and another doesn't like cashew nuts," Stanford says. They've found that cooking easy meals that taste better the next day is best for their group; no one is expected to spend more than 30 minutes on meal prep. A lot of curries, casseroles and pasta dishes have made it to the office.

Yet for Stefanie Tuder and James Park, friends and employees of Eater.com, going above and beyond the basic office lunch is part of the goal. They've been trading lunches since October 2017. Both of them went to culinary school and have similar palates; these lunches aren't meant to be time savers. "Our presentation is super extra," Park says. "I bring five garnishes."

Part of it is about practicing the skills they learned, but it's also a way to show they care. "When I think about what dish I'm going to make for us, I have Stefanie in mind and I know what we like," Park says. "There are so many times I ate her food and it just made my day and it made my heart warm."

When making lunch for herself, Tuder falls back on recipes that are easy and boring. That's not the case when she's making food for someone else, especially when she knows that someone is going to go above and beyond when he cooks for her later that week. They rarely have lunch breaks at the same time. "We're usually at our respective desks and talking about dishes virtually," Tuder says.

But you don't need to have a culinary degree to create a lunch club as long as everyone has similar expectations. "I found myself getting really excited to prepare a meal for them," says Van Fleet, who considers herself less of a chef than her co-workers. "I'm not excited to cook for my children who I love or my husband I love," she says.

That's because for Van Fleet, lunch club doesn't feel like a chore; it feels like a treat. For her co-workers, she's able to explore flavors that might not appeal to a young child's palate. And four days a week, Van Fleet goes to work knowing that no matter how hard her day begins, she can always look forward to lunch.