Accessibility links
The Science Behind Nostalgia For Our Favorite Bars : The Salt First dates. Local bands. College years. The word "nostalgia" is mentioned frequently in regard to our beloved haunts that shuttered long ago. But how do we form these special feelings for a place?

Closing Time: The Science Behind Nostalgia For Our Favorite Bars

Closing Time: The Science Behind Nostalgia For Our Favorite Bars 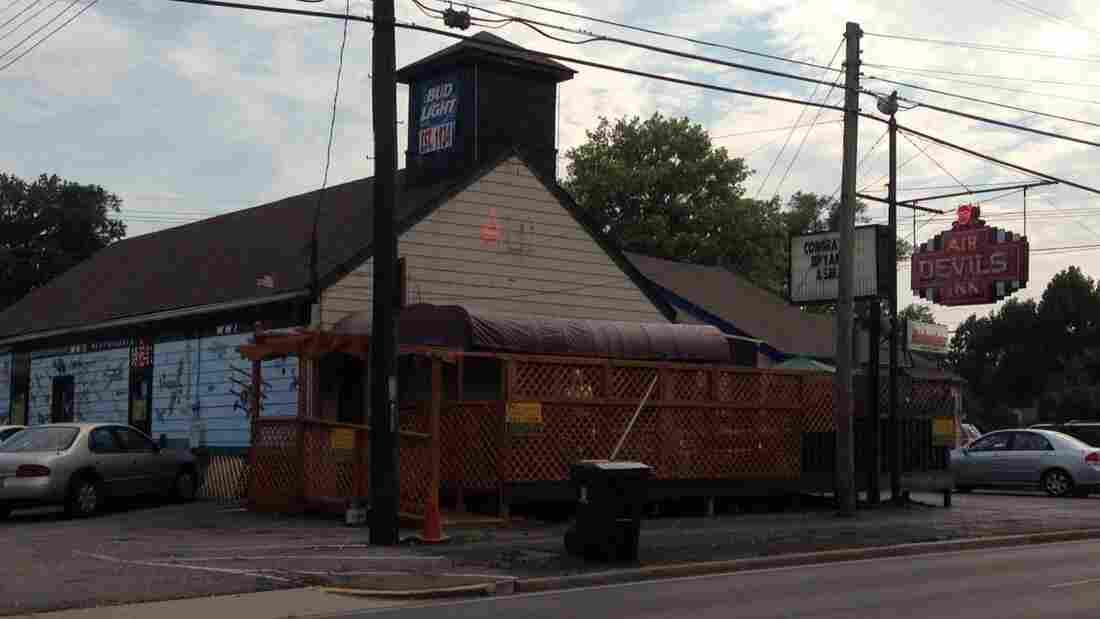 With repair costs mounting, Air Devil's Inn owner Kristie Shockley wasn't sure the bar would make it through the summer, so she put out a call for help on social media — and some regulars planned a benefit. Ashlie Stevens/WFPL hide caption 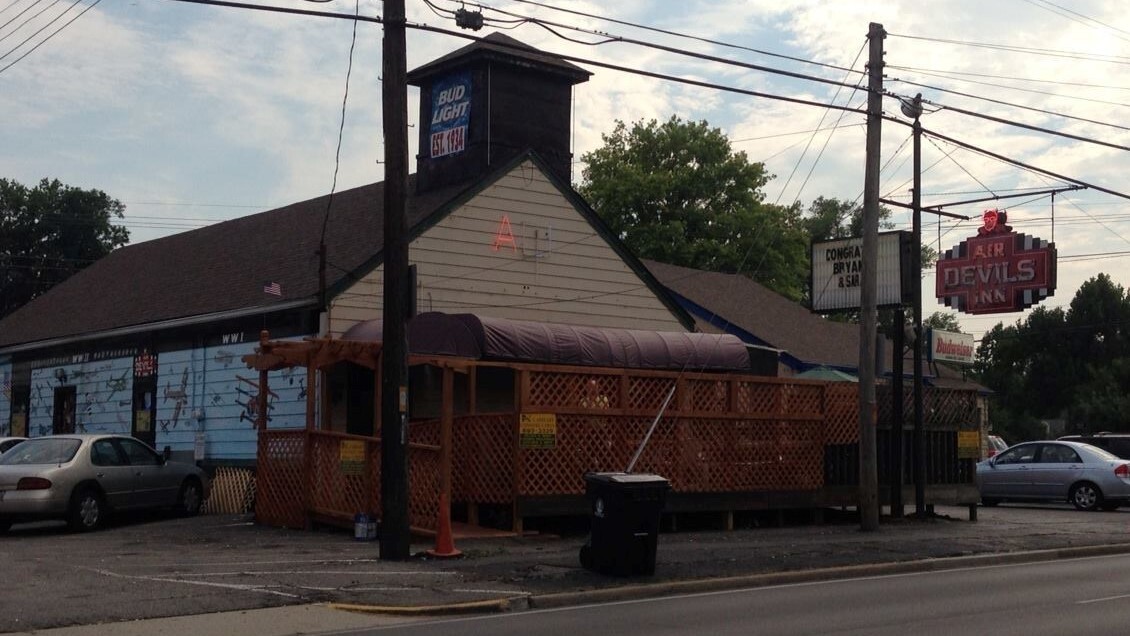 With repair costs mounting, Air Devil's Inn owner Kristie Shockley wasn't sure the bar would make it through the summer, so she put out a call for help on social media — and some regulars planned a benefit.

It's just after noon on a Wednesday at Air Devil's Inn, an aviation-themed dive bar in Louisville, Ky. Owner Kristie Shockley is passing cold, canned beers over the counter. Behind her, two muted TVs play reruns of Gunsmoke.

"Well, it has been a domino effect of challenges," Shockley said. "This has gone on for a couple of years, at least. One thing breaks — we fix that. Another thing breaks."

Which makes sense — the building that houses Air Devil's Inn was built in the 1870s. It was a schoolhouse, then a speakeasy, and for the past 80 years or so, it's been this bar.

But with repair costs mounting, Shockley wasn't sure the bar would make it through the summer, so she put out a call for help on social media — and some regulars actually planned a benefit.

On Feb. 24, several local bands played, and the attendees' $8 cover charge was used to help fix up Air Devil's Inn.

Shockley said her bar has a faithful following.

"Each night, each bartender has their own regulars — and they're not just the regulars, they are their friends," Shockley said.

Air Devil's Inn wouldn't be the first old bar to close its doors — but in the comments section of Shockley's Facebook post asking for help, many people shared their personal memories of the place.

After digging a little deeper online, it became apparent that this wasn't unusual. There are active Facebook pages dedicated to bars all across the country that have been closed for years. People still post memories of first dates, photos of their college years, videos of their favorite local bands playing.

In 2018, the New York Times published a piece on how, because the city is always changing, its bars and restaurants are constantly closing or being replaced by new ones.

"It's a longstanding New York pastime to lament this phenomenon to which it seems like all of our most beloved haunts fall victim," wrote Times reporter Meghan Louttit, who earlier this year also published a story dedicated to saying goodbye to Output, a Brooklyn nightclub that closed Jan. 1.

The word "nostalgia" is mentioned frequently in articles and on social media about bars that shuttered long ago.

But how do we come to form these special feelings for a place?

Dr. Keith Lyle, associate professor of psychological and brain sciences at the University of Louisville, says that before talking about nostalgia, there are some elements of memory we need to nail down first.

"Events like going to a bar are made up by many features," Lyle said. "What you are tasting, smelling, and what you're feeling emotionally is processed in an area of the brain."

Then, what the brain does through a very complex process is stitch all of that information together into a bundle. That bundle is what we'd consider a "memory."

"To 'remember' is to relive that brain activity," Lyle said. "So we are, in fact, reliving something that happened in the past." Often when you speak with people about prior experiences at a place, they mention that "reliving process." 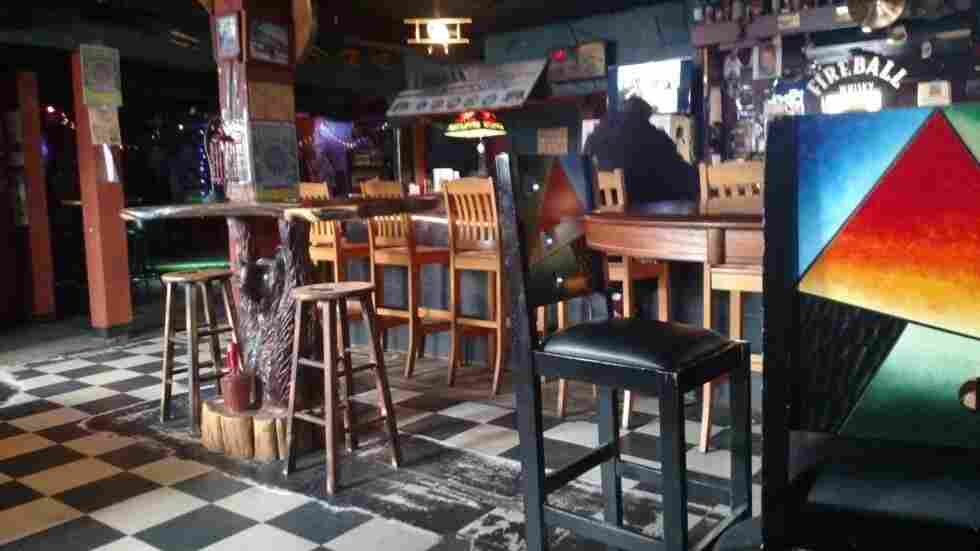 The building that houses Air Devil's Inn was built in the 1870s. It was a schoolhouse, then a speakeasy, and for the past 80 years or so, it's been this bar. Ashlie Stevens/WFPL hide caption 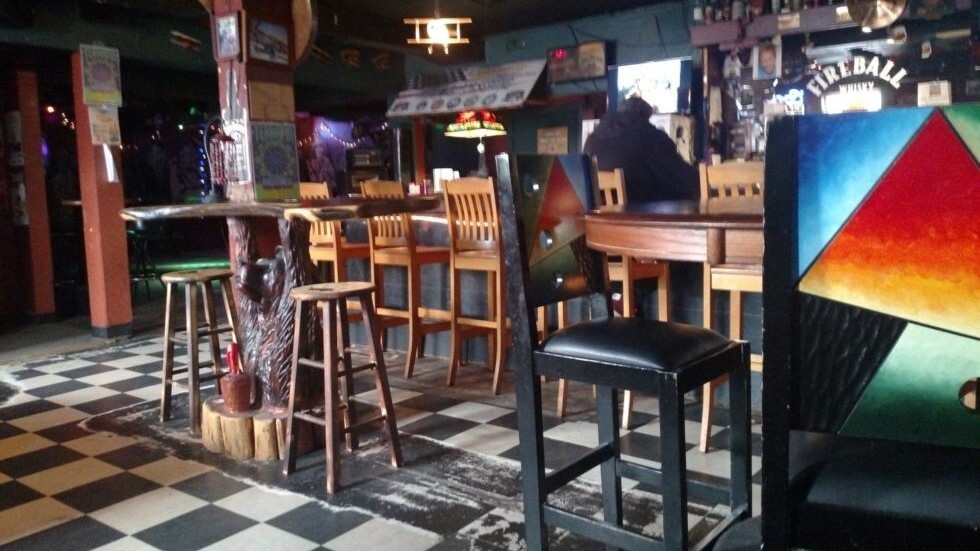 The building that houses Air Devil's Inn was built in the 1870s. It was a schoolhouse, then a speakeasy, and for the past 80 years or so, it's been this bar.

Michael Jones, an author, is a member of the Facebook page dedicated to Tewligan's Tavern, a Louisville bar and music venue that closed more than 20 years ago.

"It was a dive bar, but it was kind of open in that anybody could play there," Jones said. "That was just a time when Louisville's indie rock scene was getting started."

Jones said he spent some formative years at Tewligans. His experiences there, listening to music and meeting friends, inspired him to write an essay about the bar.

He can still vividly recall seeing specific bands there, but now that Tewligans is closed, Jones said it's a little sad to talk about — and this is where the concept of nostalgia gets a little fuzzy on the scientific front.

"You've got a memory, and then you've got emotional 'tags' attached to the memory," said Dr. Don Katz, a scientist who studies memory at Brandeis University.

He described nostalgia as "having a particular wistful emotion evoked by a memory, and having that memory itself evoked by the very fact that it has an emotional 'tag.'"

But, Katz said, studying nostalgia has its limitations in a lab setting.

For example, scientists can tell whether a rodent "likes" or "dislikes" the memory of particular foods.

"I can show whether [the rodent] specifically seeks it out or avoids it in situations that it can remember that food's availability," Katz said. "What I can't show is that memory spontaneously recurring — a wistful look crosses my rat's face when it thinks of a food that it once enjoyed — and I can't show nuances of that emotion very well."

Then again, Katz said, it's almost impossible to do that with humans, too — at least in a lab setting. All you can do is ask them, 'Hey, are you nostalgic?' and wait for their response.

But Lyle said he believes most of us know when we are experiencing nostalgia.

Which, Lyle said, is profoundly sad for our brains.

And which also maybe explains why people post online about their memories of a specific bar that meant a lot to them. They are re-accessing and processing those sensory bundles that still feel really fresh.

Back at Air Devil's Inn, owner Kristie Shockley says someone asked her what she ultimately wants for the bar.

"He asked, 'What are your hopes for the future?'" Shockley said. "And I said I hope people keep coming in."

Because, no matter how powerful, good memories and nostalgia won't pay the bills.