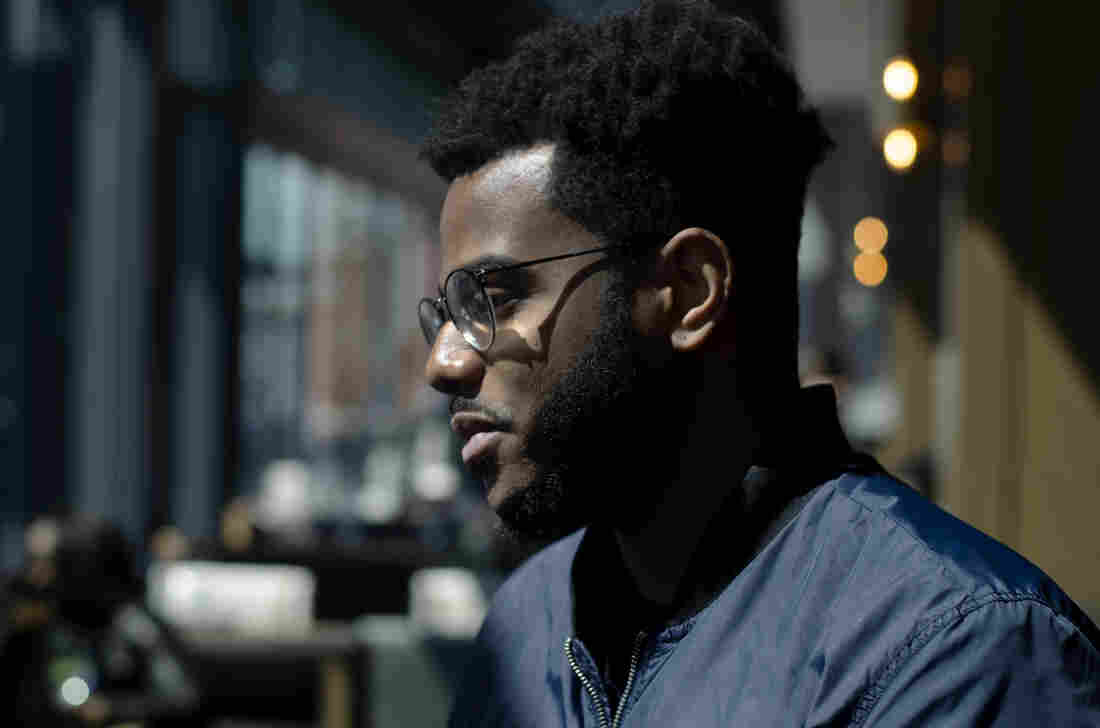 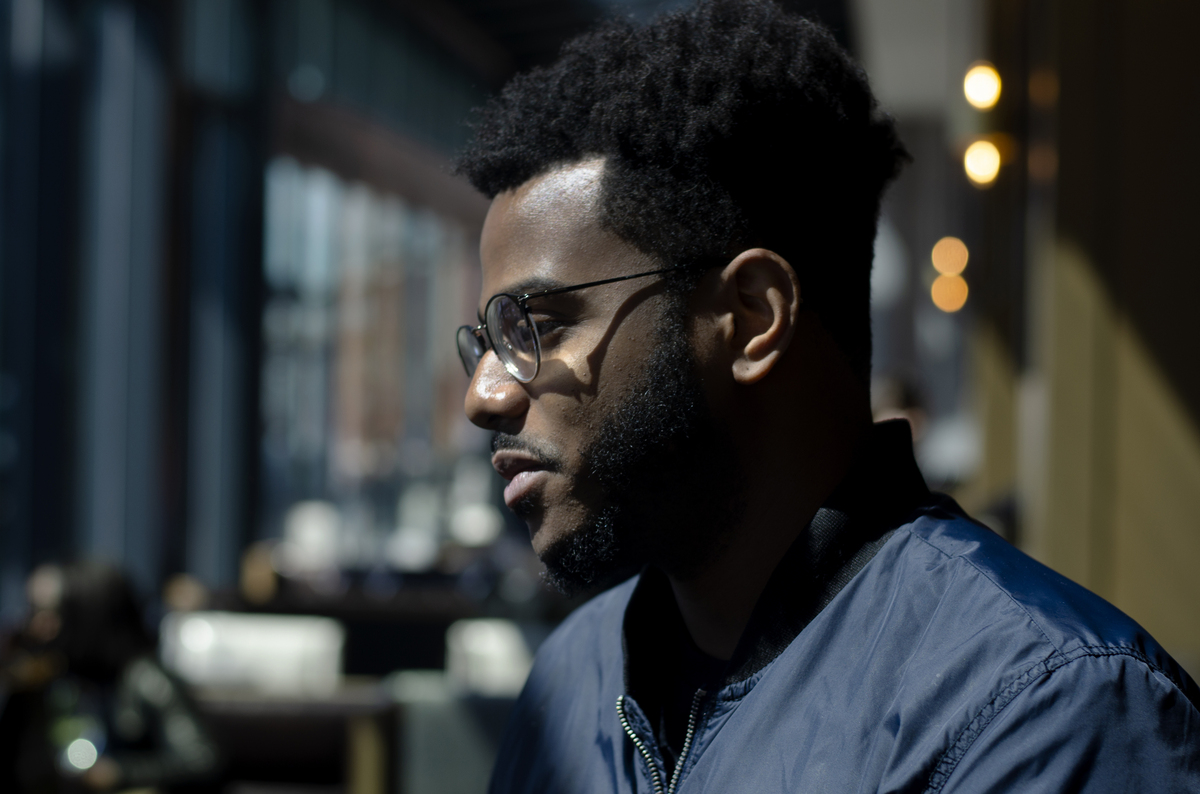 Chef Kwame Onwuachi in the dining room of his celebrated Washington, D.C. restaurant, Kith and Kin.

It was the morning after the election of America's first black president, and Kwame Onwuachi was hungover. He'd been partying all night. He was dealing drugs to survive after he dropped out of college. He was, he says, lost.

But when he saw President Obama, something clicked. "I thought, I can do anything. And I immediately flushed everything that I had down the toilet and was like, I need to find myself," Onwuachi recalls.

These days, Onwuachi is a rising star in the food world — the executive chef at Kith and Kin, a celebrated Afro-Caribbean restaurant in Washington, D.C., and a nominee this year for a prestigious James Beard award. 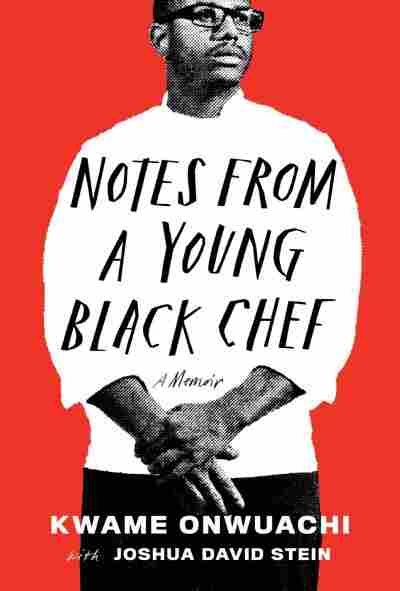 Notes from a Young Black Chef

His road to the rarefied world of fine cuisine has had many fits and starts, which he details in a new memoir, Notes From A Young Black Chef. Eventually, there would be a stint on Top Chef, work in the best restaurants in America, the opening of his first place in D.C. — and its rapid and painful closure. But that road began in a one-bedroom apartment in the Bronx, where he grew up with his mother and sister.

"My mother was an accountant and she wanted to figure out a way to spend time with us while still taking care of the bills," Onwuachi says. "So she started a catering company from the house, and me and my sister became her first two employees."

Times were hard. "There were a lot of times where we didn't have lights," he says, "and my mother made up a game called Lights Out, where we all slept in the living room together and put candles everywhere. She shielded me with love, instead of revealing to me the harsh realities that were going on."

Onwuachi's life story is written in his recipes. His mother's family hails from Louisiana and Trinidad. Creole and Caribbean flavors infuse his cooking. On his father's side, there are roots in Jamaica and Nigeria, where Onwuachi spent two years as a tween. 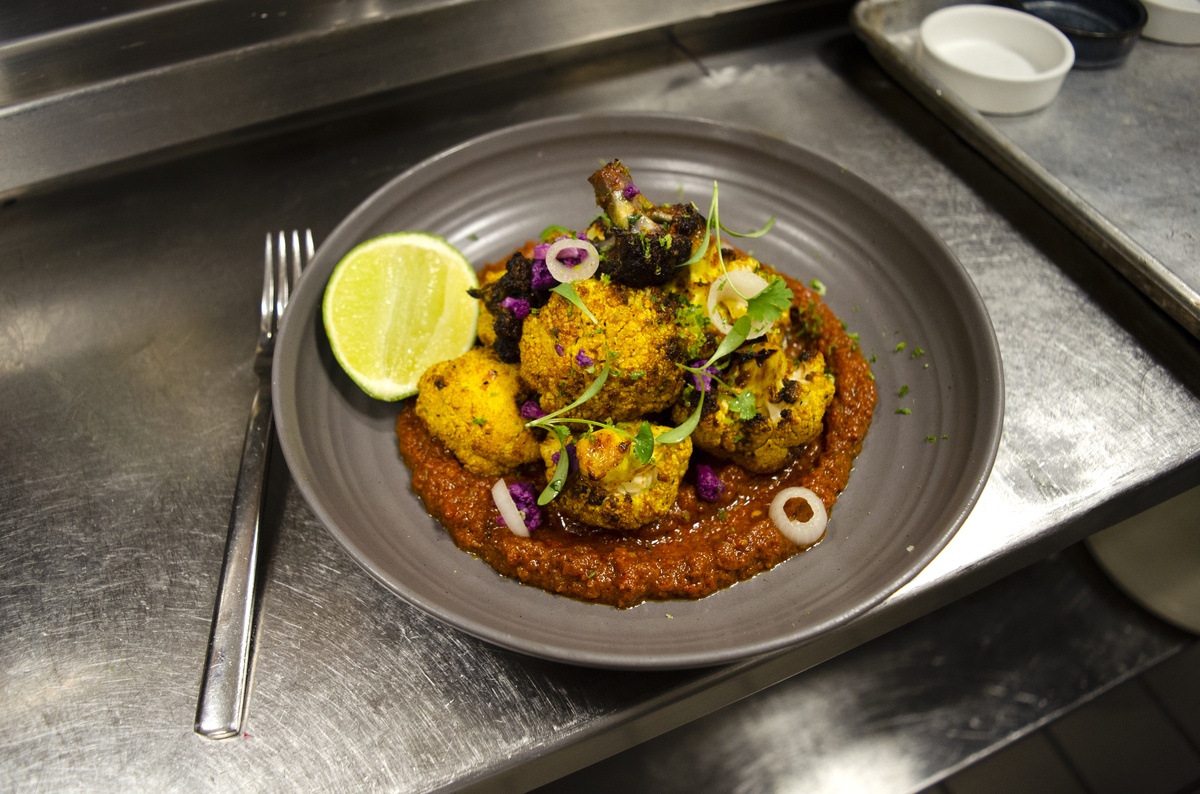 Onwuachi's life story is written in his recipes. Here, a plate of charred brassicas, served with Nigerian red sauce.

"I was definitely veering off on the wrong path as a kid growing up in the South Bronx," he says. So his mother sent him to live with his father's relatives in Nigeria. "I spent a couple of years there, learning about my culture, my ancestors' traditions that I wasn't familiar with. And then inherently, I also learned a lot about cooking."

In Nigeria, he says, "if you wanted 20 wings, you had to raise 10 chickens. You saw where the food came from."

He took all that experience into the high temples of American cuisine – first, Per Se, and then Eleven Madison Park, both in New York City. He says he wanted to learn from the best.

"It was and still is an amazing restaurant," he says of the highly acclaimed Per Se. "The food that they produce, the level of attention to detail that goes into every single aspect — whether it's the receiving of produce to putting that said produce through a process of fabrication, the cookery and then onto the plate. It's a symphony."

But Onwuachi's memoir is not a simple story about triumph in the face of poverty and struggle. It's also a meditation on what goes on behind that perfect façade --- what it is like to be a black man in this rarefied world. He tells the story of alerting the head chef to a word that has a double meaning as a racist slur that was being used on the menu. He was told not to worry about it because "black people don't eat here." 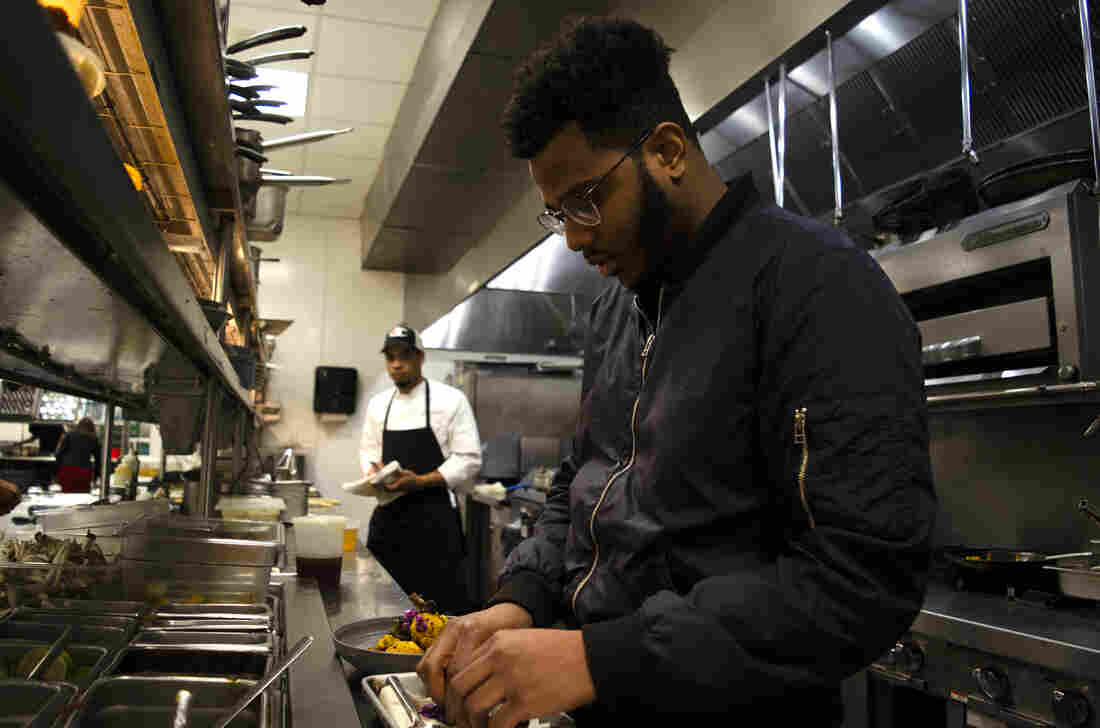 Onwuachi cooks in the kitchen of his D.C. restaurant, Kith and Kin. His food encompasses a range of African, Caribbean, African-American and other influences. Noah Fortson/NPR hide caption 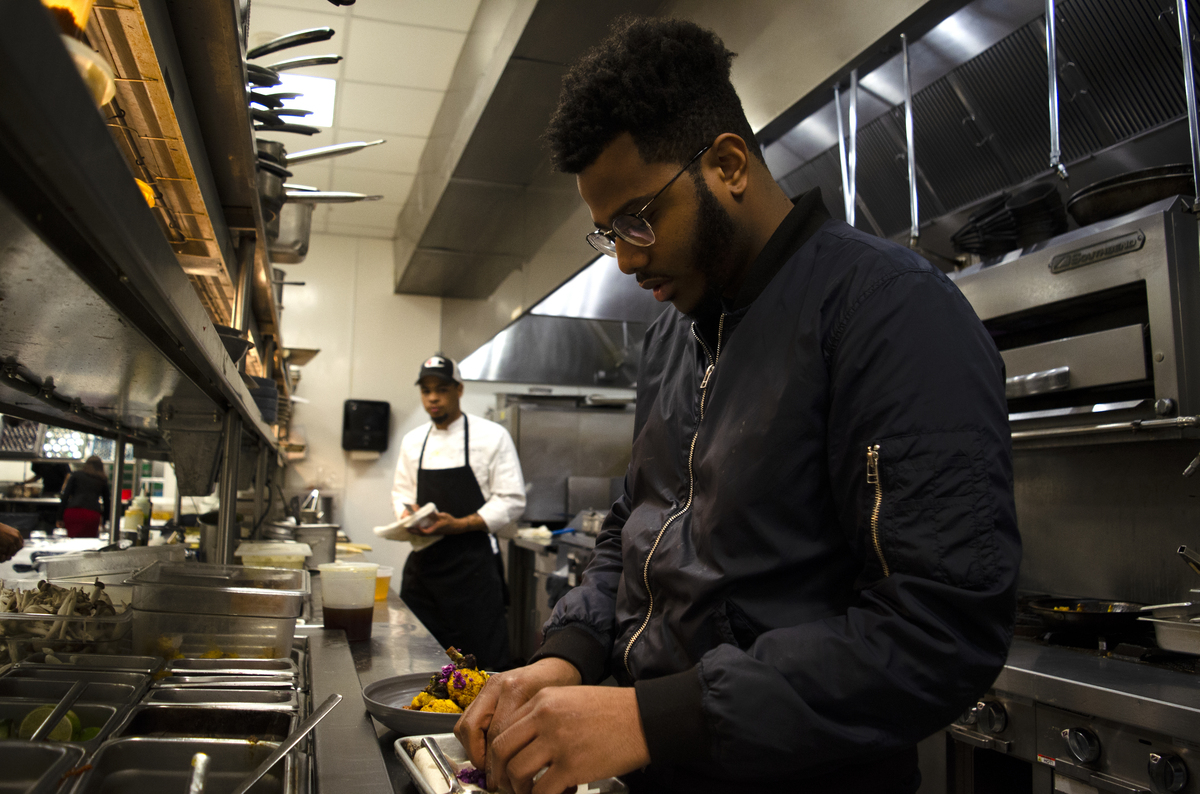 Onwuachi cooks in the kitchen of his D.C. restaurant, Kith and Kin. His food encompasses a range of African, Caribbean, African-American and other influences.

So Onwauchi left to open his own restaurant. He was only 26, and people kept telling him he had not paid his dues. When his first D.C. venture, Shaw Bijou, closed in under three months in a highly publicized failure, people seemed almost gleeful.

"It infuriated me at the time," Onwuachi says. "People telling you that you haven't paid your dues — what are you talking? I've been afforded an opportunity. Who in their right mind is going to say, 'Thank you for this million-dollar offer, but I need to go and pay my dues a little bit more and then I'll call you back if you're still interested'?"

These days, Onwuachi is earning rave reviews for his new restaurant, Kith and Kin. And he wants people to think about why critics and customers deem only certain cuisines – Italian, French, Japanese — worthy of the name fine dining.

"You don't have Southeast Asian there. You don't have Caribbean [food], or all of the [African] diaspora, which is like 54 different countries. You know, one of them's got to have a food that you can respect at a high level, right?"

To change minds, he says, "I think it's going to take a lot more chefs of color to introduce these this type of cuisine to people at a high level."

Onwuachi sees his own culinary repertoire as a counter to these food world stereotypes. While his food encompasses a range of African, Caribbean, African-American and other influences, one cuisine he doesn't do is what some diners might expect of a young black chef: soul food.

"My roots are not fried chicken and mac and cheese and collard greens," he says. "I mean, that's part of it. But when I have family reunions, we don't cook that food. We cook gumbo and shrimp. So those are the things that resonate with me. But also, I'm a black chef. So the food that I cook is black."

"I don't need to be pigeonholed into soul food or even Creole food or even just Caribbean food or West African food. I'm a culmination of many different cultures, and the ideas that I have are because of that."