Accessibility links
Will Gene-Edited Food Be Regulated? : The Salt Crops that have had their DNA tweaked with new gene-editing tools are entering the food supply. But governments are struggling to figure out how — or even whether — to regulate them. 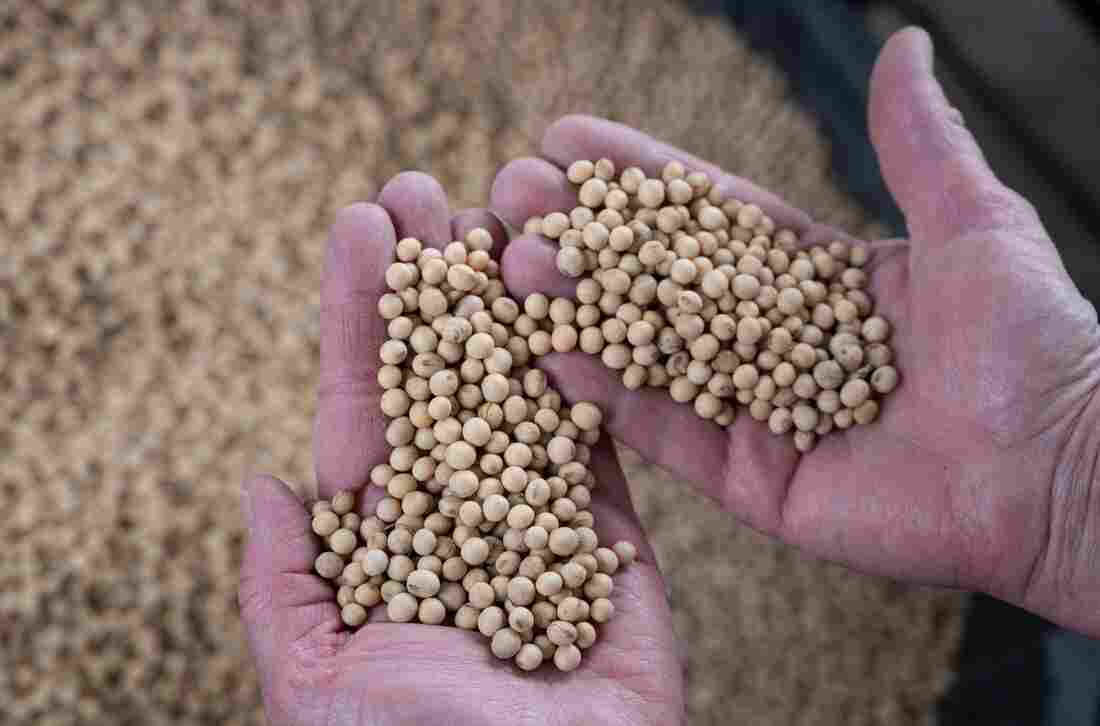 Companies are using new gene-editing tools to alter the DNA of food crops. One of these products is a soybean with a healthier kind of oil. Johannes Eisele/AFP/Getty Images hide caption 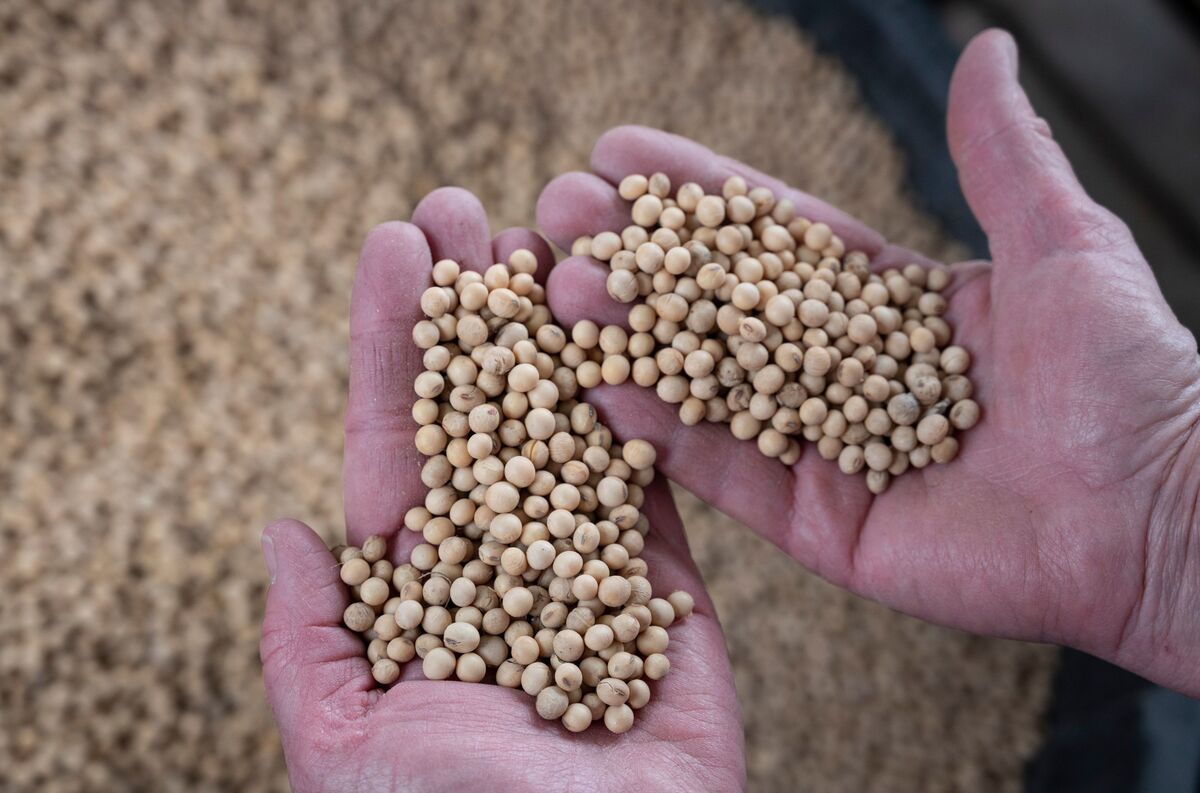 Companies are using new gene-editing tools to alter the DNA of food crops. One of these products is a soybean with a healthier kind of oil.

The company Calyxt, just outside St. Paul, Minn., wanted to make a new kind of soybean, with oil that's a little healthier — more like olive oil.

As it happens, some wild relatives of soybeans already produce seeds with such "high oleic" oil — high in monounsaturated fat. It's because a few of their genes have particular mutations, making them slightly different from the typical soybeans that farmers grow.

Manoj Sahoo, the company's chief commercial officer, says this led to an obvious question: "Can we have those same mutations in the modern varieties which are grown by our farmers?"

The company turned to a gene-editing technique, TALEN, that is similar to a more famous one called CRISPR. Sahoo describes it as a genetic scissors that can go in and cut the soybean plant's DNA very precisely. "It does the cut, and then it comes out. There is no foreign material or foreign genes in the soybean," he says.

This is a vital point. If you take genes from another kind of plant, or bacterium, and insert them into a crop like soybeans, the result is considered a genetically modified organism. You need government approval to sell a new GMO. Getting it can take years, and millions of dollars.

If you just take a snippet out of a gene without inserting anything new, though, the product falls into a gray area. The European Union has decided that it's still a GMO. The U.S., however, says it's not. In fact, you may not need explicit government approval to sell that product.

Companies and even university researchers can ask the U.S. Department of Agriculture and the Food and Drug Administration to examine their new products, and the results of these voluntary "consultations" are public. The USDA has a website, for example, where one can browse dozens of agency responses to such inquiries.

Calyxt went through this voluntary process with both the USDA and the FDA, and both agencies gave the company's high-oleic soybean a green light.

"We think it is important to build consumer trust, and also [for] food safety, which is critical, to go through that oversight process," Sahoo says.

On the other hand, there's a gene-editing company called Cibus, in San Diego, that never asked the USDA or the FDA to formally approve its new line of canola.

Adding to the confusion is the fact that this canola was created using an older method of creating genetic mutations. The company induced lots of random mutations in canola plants by multiplying them in the lab in petri dishes. Then it searched for and found exactly the mutation it wanted.

Crops altered in this way have never been strictly regulated, so Cibus didn't need government approval for its canola.

But Peter Beetham, the CEO of Cibus, goes further. If the company created this same kind of canola using newer gene-editing tools, he says, it also would not require any formal government review.

Greg Jaffe, director of the biotechnology project at the Center for Science in the Public Interest, says it is a troubling precedent. "I don't think Cibus is violating any law, but I think that it points out the fact that this is a voluntary process, and that in the future, companies may not go through this process," he says.

A lot of consumers will find that unacceptable, he says. Gene editing is new, it's powerful, and people will have a host of questions about it. They'll want to know, for instance, whether their own food is genetically edited. "The first step in having a discussion about technology is knowing what's out there," Jaffe says.

Jaffe is calling on the government to maintain a comprehensive and public list of every gene-edited crop that farmers are harvesting and selling. "I think that there should be a registry of these products, agricultural products that are going to go on the market, that have been gene-edited," he says.

I reached out to several biotech companies to see what they thought of Jaffe's idea. They were noncommittal.

Several of them said that they do want some kind of government oversight of this technology. They say they have been convinced that it is essential for public acceptance of the technology.

But the companies also are trying to avoid anything that suggests to consumers that gene-edited food is somehow different from every other food, and thus perhaps more dangerous.