Accessibility links
Belgian Monastery Will Brew Beer Again, After A 220-Year Pause : The Salt The last time Belgium's Grimbergen Abbey brewed its own beer, the United States was only about 20 years old.

Belgian Monastery Will Brew Beer Again, After A 220-Year Pause

Belgian Monastery Will Brew Beer Again, After A 220-Year Pause 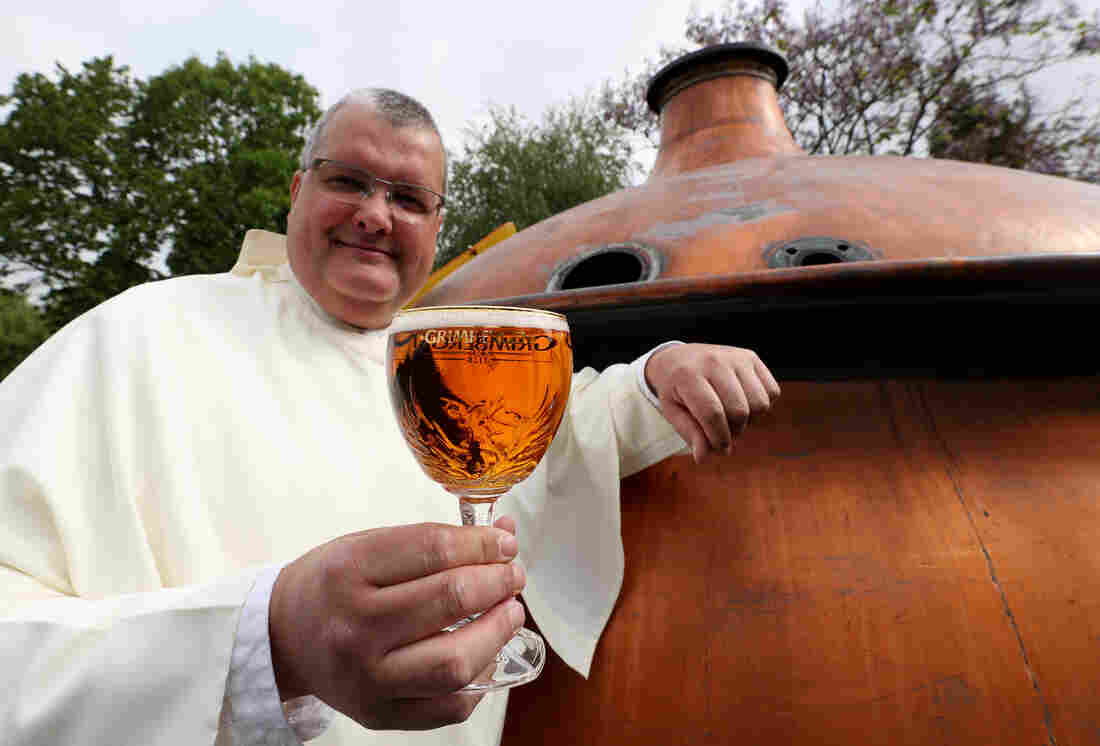 The Rev. Karel Stautemas poses with a Grimbergen beer in the courtyard of the Belgian Abbey of Grimbergen. Karel says the abbey's fathers will return to brewing after a break of two centuries. Yves Herman/Reuters hide caption 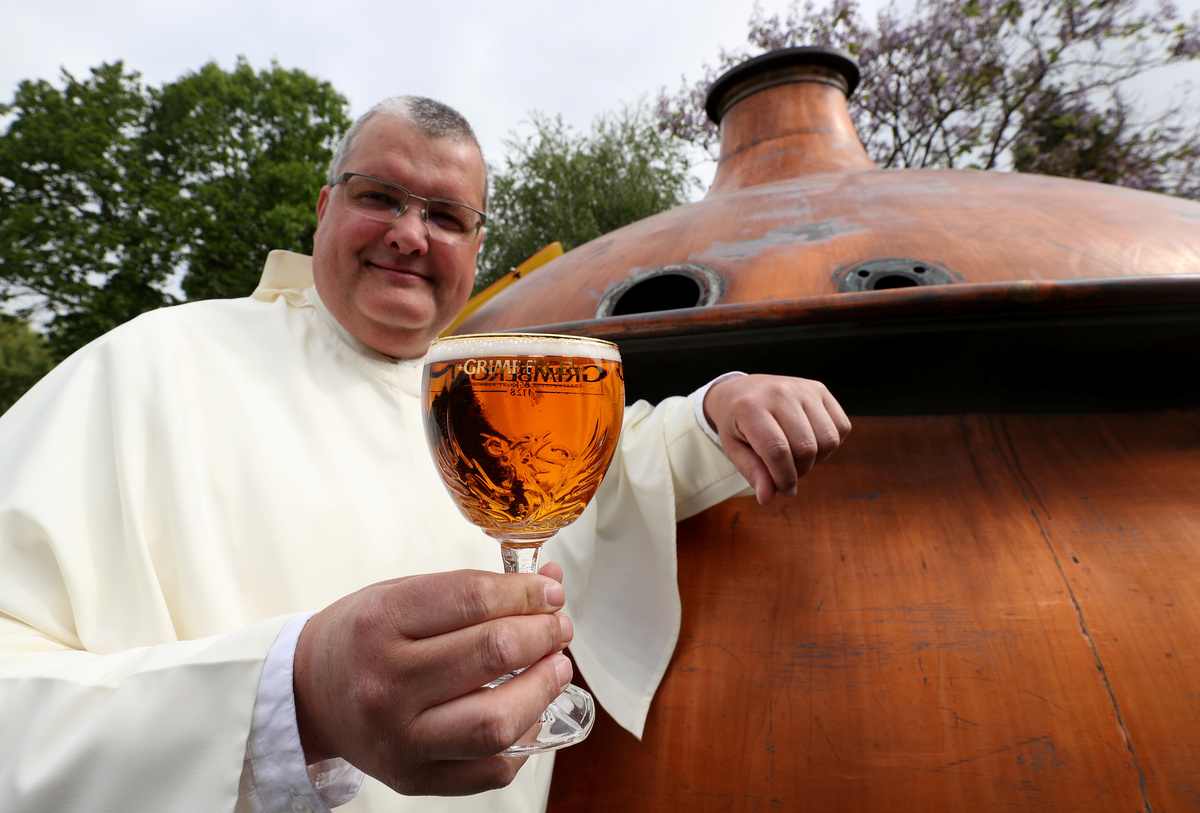 The Rev. Karel Stautemas poses with a Grimbergen beer in the courtyard of the Belgian Abbey of Grimbergen. Karel says the abbey's fathers will return to brewing after a break of two centuries.

The last time Belgium's Grimbergen Abbey brewed beer, the United States was only about 20 years old. But the abbey now plans to make beer again, and for inspiration, it will turn to the original recipes and brewing instructions in its archive of medieval texts.

After it was founded in 1128, the Norbertine abbey's clerics spent centuries making beer. But they were forced to stop when the abbey was destroyed in 1798. Now they want to get back into brewing — and to do it, they're hoping to use secrets they've gleaned from ancient books the abbey managed to preserve.

The Grimbergen name already appears on Belgian beer, thanks to licensing deals with two commercial breweries: Carlsberg brews Grimbergen beers for the international market, while Heineken-owned Alken-Maes brews for the domestic market in Belgium. The abbey gets part of those profits; now it wants to get directly involved in making the beer.

Sketching out a new alignment of traditional monastic brewing and corporate support, the Rev. Karel Stautemas, the abbey's subprior, says he will get formal training to help run the new microbrewery.

"Beer has always been part of life in the abbey and we are proud of the beers we have today," Karel said Tuesday as he announced plans for the new brewery.

Some of the books saved from the abbey's library date to the 12th century. Those that deal with brewing beer are in Latin and Old Dutch, making it hard to quickly identify which books should be brought to bear on the new project.

"We've spent hours leafing through the books," Karel said, "and have discovered ingredient lists for beers brewed in previous centuries, the hops used, the types of barrels and bottles, and even a list of the actual beers produced centuries ago."

The abbey is located in Grimbergen, a town about 8 miles north of Brussels. The abbey has been destroyed several times since it was founded — most recently in 1798, when French soldiers destroyed it and its brewery during a violent clampdown on the Roman Catholic Church. (The area had recently been annexed by France.) 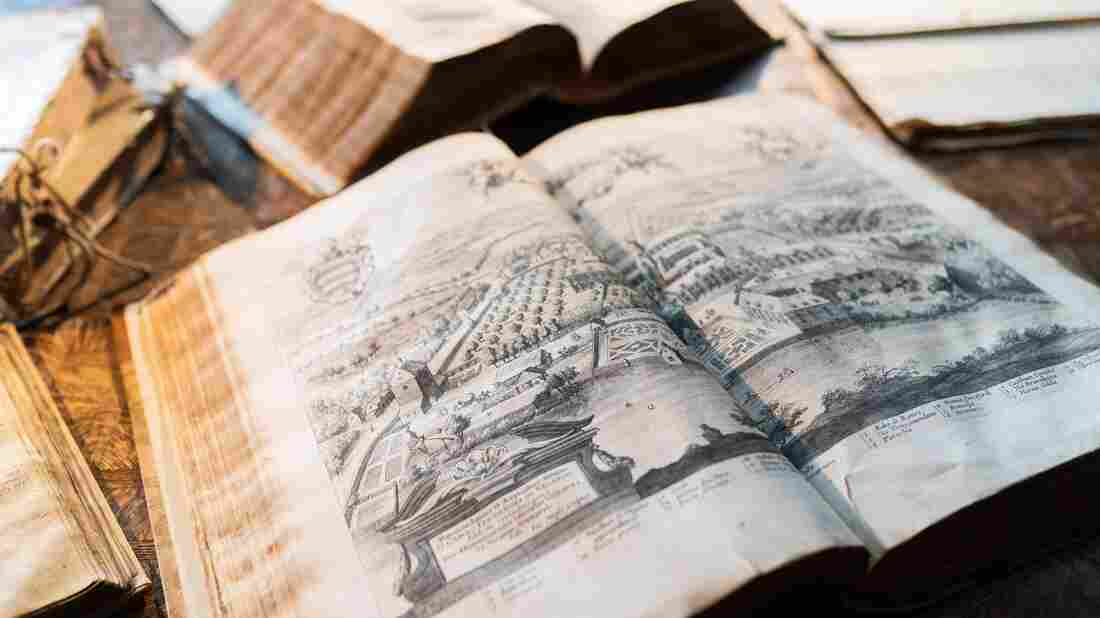 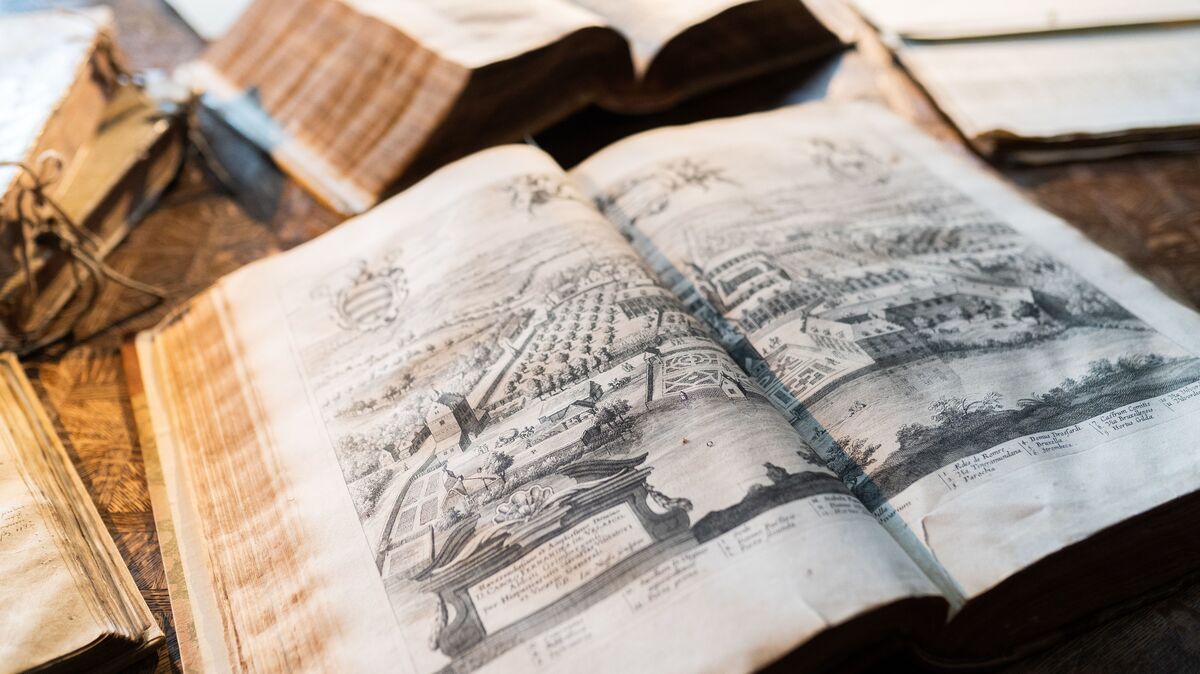 The Grimbergen Abbey near Brussels aims to combine brewing traditions found in its ancient books with modern techniques.

That 1798 attack was devastating — but before its library was destroyed, the abbey's quick-thinking clerics knocked a hole in a wall and ferried several hundred books to safety.

Despite the abbey's repeated destruction, it has always been rebuilt.

For centuries, Grimbergen Abbey has been associated with the symbol of a phoenix. Its clerics adopted the mythical animal as part of their coat of arms in 1629, after rebuilding the abbey following religious wars. The phoenix also reflects the abbey's Latin motto: ardet nec consumitur — "burned but not destroyed."

The new brewery will sit inside the abbey's walls, and it will include a bar and restaurant for visitors. It is slated to open in 2020, with Karel and five or six other workers producing relatively small batches of beer.

As for what the new beer will be like, it will use the same Belgian yeast Carlsberg currently uses to elicit rich, spicy notes in its Grimbergen brews. The abbey-produced beer will also undergo multiple fermentations and barrel aging to deepen its flavors. And the brewers will try to use local hops and some of the same approaches found in the abbey's library.

"We're excited to use these books to bring back the medieval techniques and ingredients to create new beers," said Marc-Antoine Sochon of Carlsberg, who will be the new microbrewery's head brewer.