Accessibility links
Leah Chase Of New Orleans' Dookie Chase's, Dies At 96 : The Salt As executive chef and co-owner of Dooky Chase's restaurant, Chase made the eatery a hub for the African American community of New Orleans and a meeting place for pioneers of the civil rights movement. 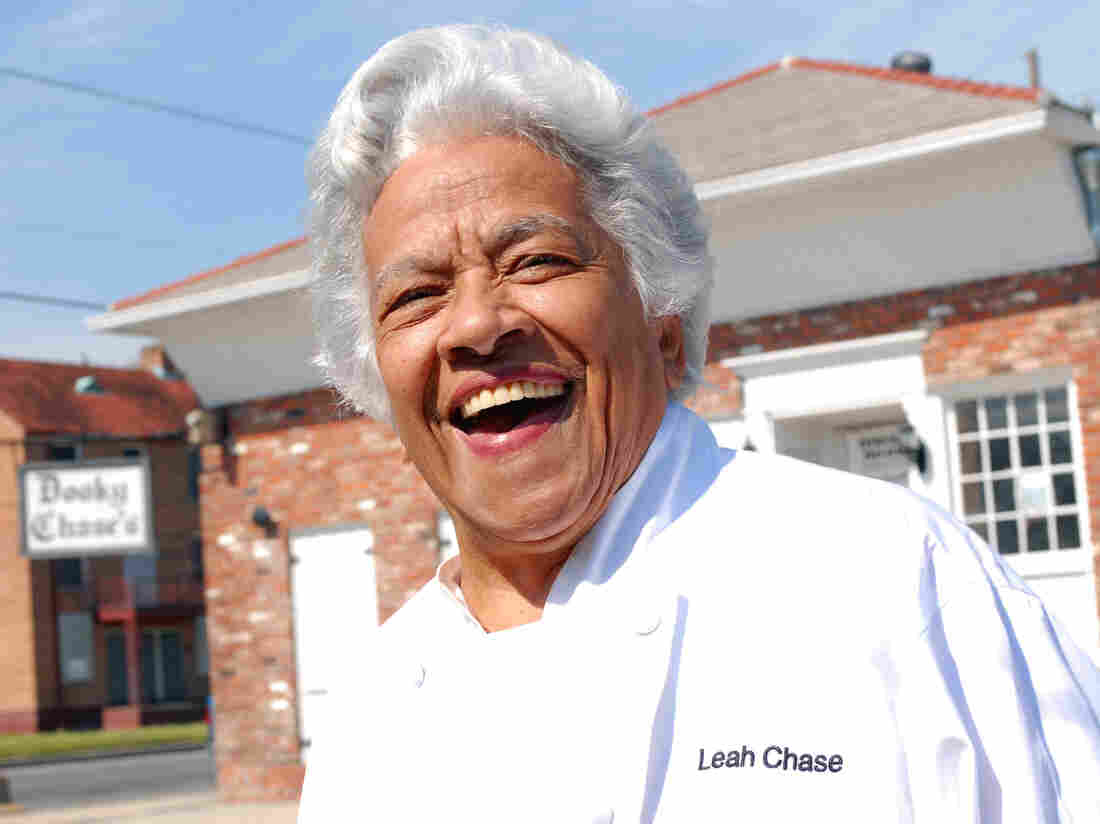 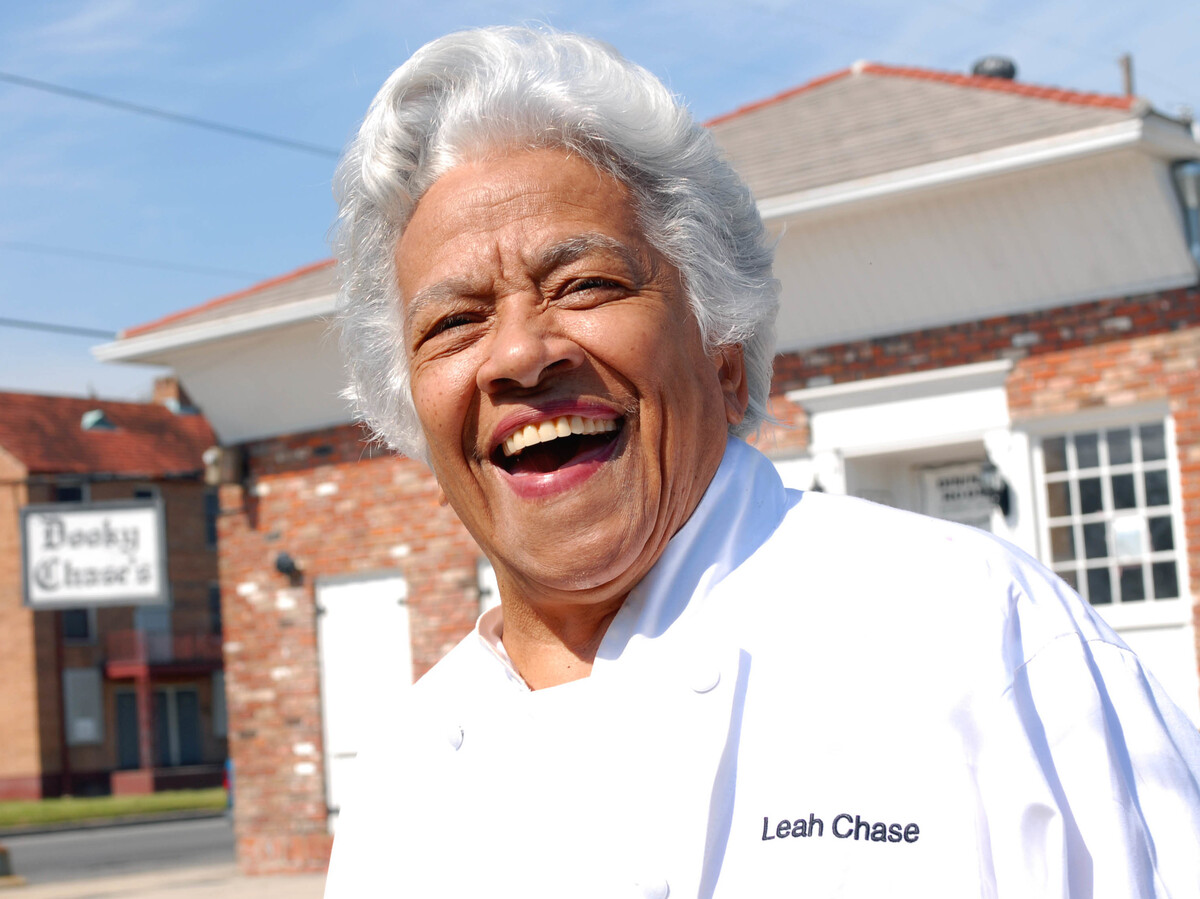 Chef Leah Chase stands outside her famous Creole restaurant, Dooky Chase's, in March 2007. Two years earlier it was flooded out during Hurricane Katrina.

Leah Chase, the New Orleans chef known for her legendary Creole cuisine and for her role as a pioneer of the civil rights era, died on Saturday at the age of 96.

As executive chef and co-owner of Dooky Chase's restaurant, Chase made the eatery a hub for the African American community of New Orleans and a meeting place for organizers of the civil rights movement.

Chase married into the restaurant in 1946 and transformed it from a casual sandwich shop into a refined dining establishment. She had previously worked as a waitress in the city's French Quarter, where some of the restaurants were expensive and for whites only.

At the time, restaurants were segregated in New Orleans, and it was illegal for blacks and whites to eat in restaurants together. At Dooky Chase's, whites and blacks ate together all the time, and it became a gathering place for politicians, artists and civil rights leaders.

In 2015, Chase spoke with NPR's Debbie Elliot. She said, "See blacks had nothing, nothing at all. No nice places. A little corner shop, or little something, but I saw on the other side of town, those nice restaurants, I said, how come we can't have that? A space where people can dress nice and feel comfortable sitting down, taking your time."

Under her leadership, the restaurant evolved into an upscale destination, with meals that reflected the city's Creole heritage and Spanish, French and African culinary influences.

"She fed the Freedom Riders. She would give them a meal before they headed out. It was one of the few places in the city of New Orleans where blacks and whites came together, sometimes clandestinely, and damn near illegally."

Chase visited the restaurant and supervised the kitchen well into her 90s.

In a statement given to NPR, Chase's family said she wanted Dooky Chase's restaurant to serve as a "vehicle for social change during a difficult time in our country's history." They said she "treasured all of her customers and was honored to have the privilege to meet and serve them."

"Mrs. Chase was a strong and selfless matriarch," the statement read. "Her daily joy was not simply cooking, but preparing meals to bring people together. One of her most prized contributions was advocating for the Civil Rights Movement through feeding those on the front lines of the struggle for human dignity."

This audio for this story was produced and edited by Elizabeth Baker and Melissa Gray.

In a previous Web version of this story, a quote from scholar Jessica Harris was misattributed to the late chef, Leah Chase. It was Harris who told NPR that "In the bad old days when African Americans could not eat elsewhere," they ate at Chase's New Orleans restaurant Dooky Chase's.