Accessibility links
Demand Is Growing For Nonalcoholic Craft Beers : The Salt More people are choosing to drink less, driven by growing concerns about health and wellness. But there haven't been many high-quality nonalcoholic beers available. Booming demand has forced a change.

Craft Beers Without The Buzz: Brewing New Options For The 'Sober Curious'

Craft Beers Without The Buzz: Brewing New Options For The 'Sober Curious' 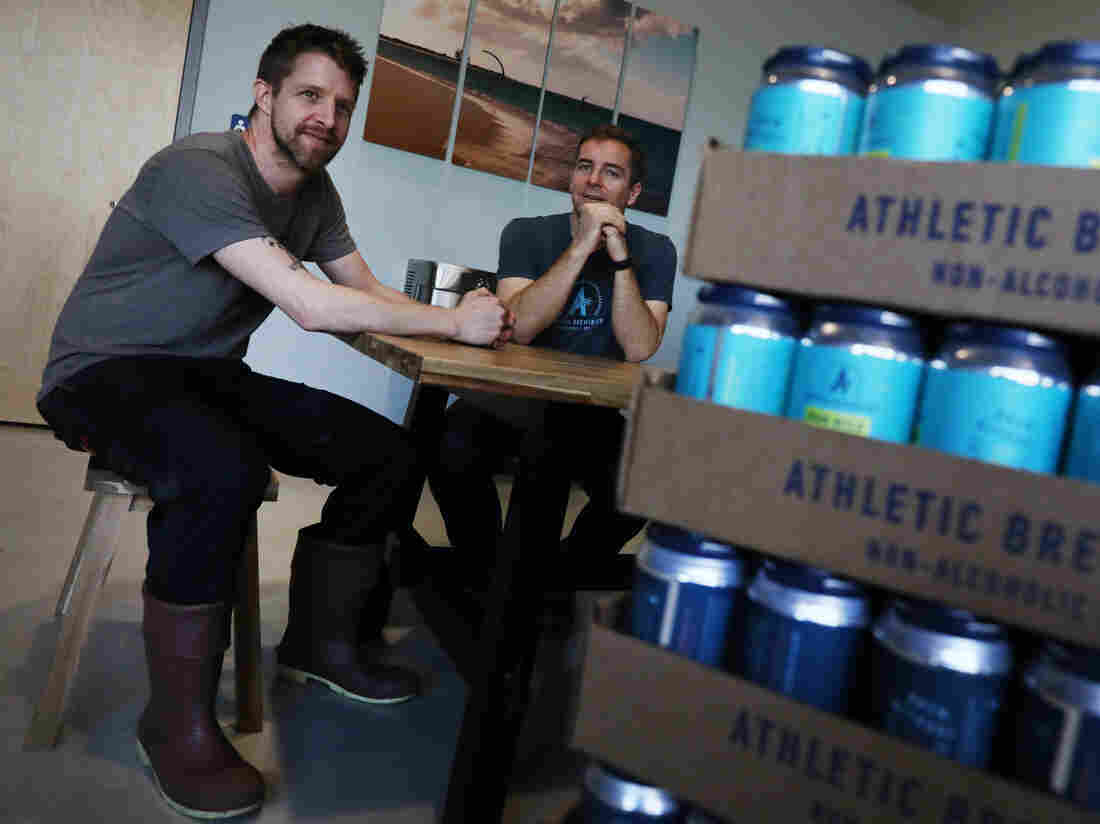 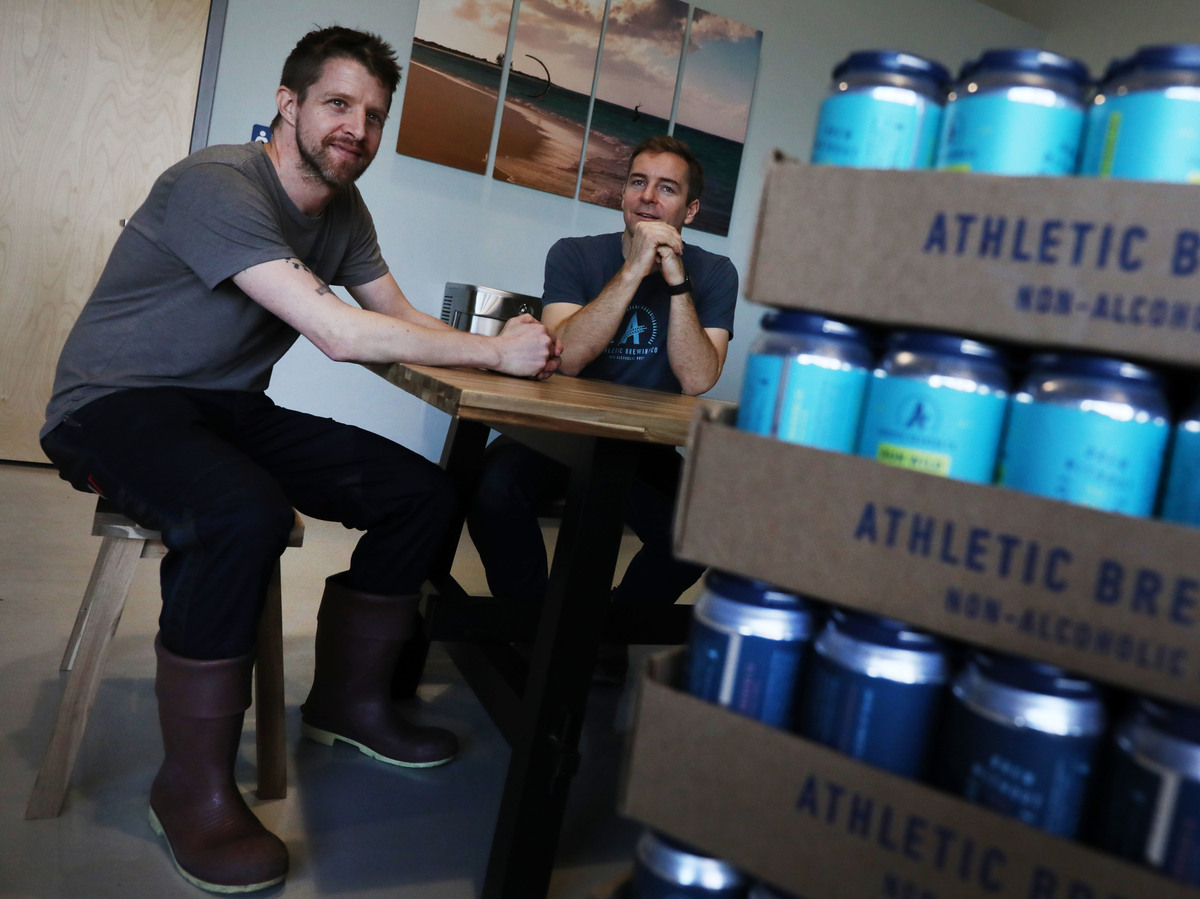 Athletic Brewing Co. co-founders Bill Shufelt (right) and John Walker, here at the company's production plant in Stratford, Conn., have created a range of high-quality nonalcoholic beers to provide people more options when they're out socializing.

"We've actually been totally overwhelmed and shocked by how strong the nationwide online demand is," says Bill Shufelt, co-founder of Athletic Brewing Co., which produces only nonalcoholic brews.

The brewery releases its limited batch brews in small quantities, 50 to 100 cases at a time, and it has been expanding quickly. "We recently doubled our capacity and footprint," Shufelt says of the Connecticut-based company, which also sells its brews on tap and in cans at about 25 breweries and many bars and restaurants in the Northeast. It also distributes to over 2,000 stores nationwide.

Two years ago, when Shufelt and his co-founder, John Walker, were getting Athletic Brewing Co. off the ground, Shufelt says, his goal was to "give people a cool way to moderate [their drinking] ... and to provide people who are sober comfort in being sober," by giving them more options when they're out socializing.

But he says it was hard to get investors' attention. The nonalcoholic beer category in the U.S. had been in decline. "There was no appetite whatsoever in the brewing community," Shufelt says. "It was really tough." Now, he says he's approached frequently by investors and people interested in trying his craft brews. "The conversation has totally changed."

And there is competition — a bunch of craft brewers are now focused on making nonalcoholic beers. For instance, Bravus Brewing Co., founded in 2015, sells a range of NA brews — from an earthy India pale ale to a citrusy amber ale. "We can't make the stuff fast enough," Michael Hayes, the company's customer liaison, told NPR in an email.

He says he thinks people are just now becoming aware that there are high-quality alternatives to the nonalcoholic standby beers. "Recent changes in the attitude towards drinking alcohol" are also fueling the trend, Hayes says.

For instance, a survey by analysts at Bank of America last year found that 22% of millennials say they're drinking less — and when asked why, the majority said that increased concerns about health and wellness are driving this behavior change. Increasingly, research has pointed to the risks of consuming more than a drink or two per day. And a book titled Sober Curious, written by Ruby Warrington, has touted the benefits of better sleep and greater focus linked to an alcohol-free lifestyle. 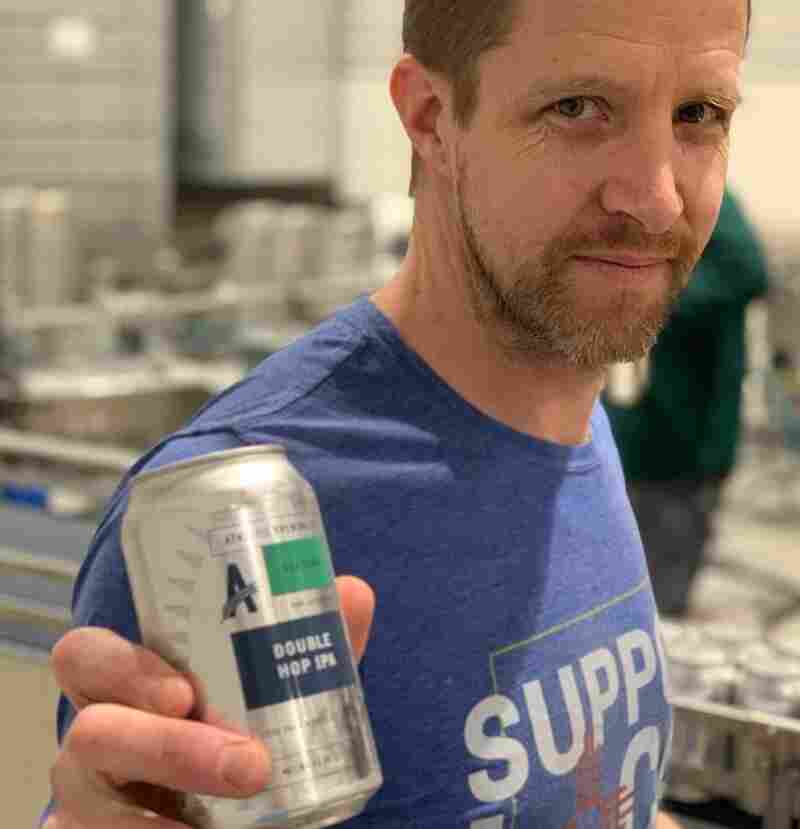 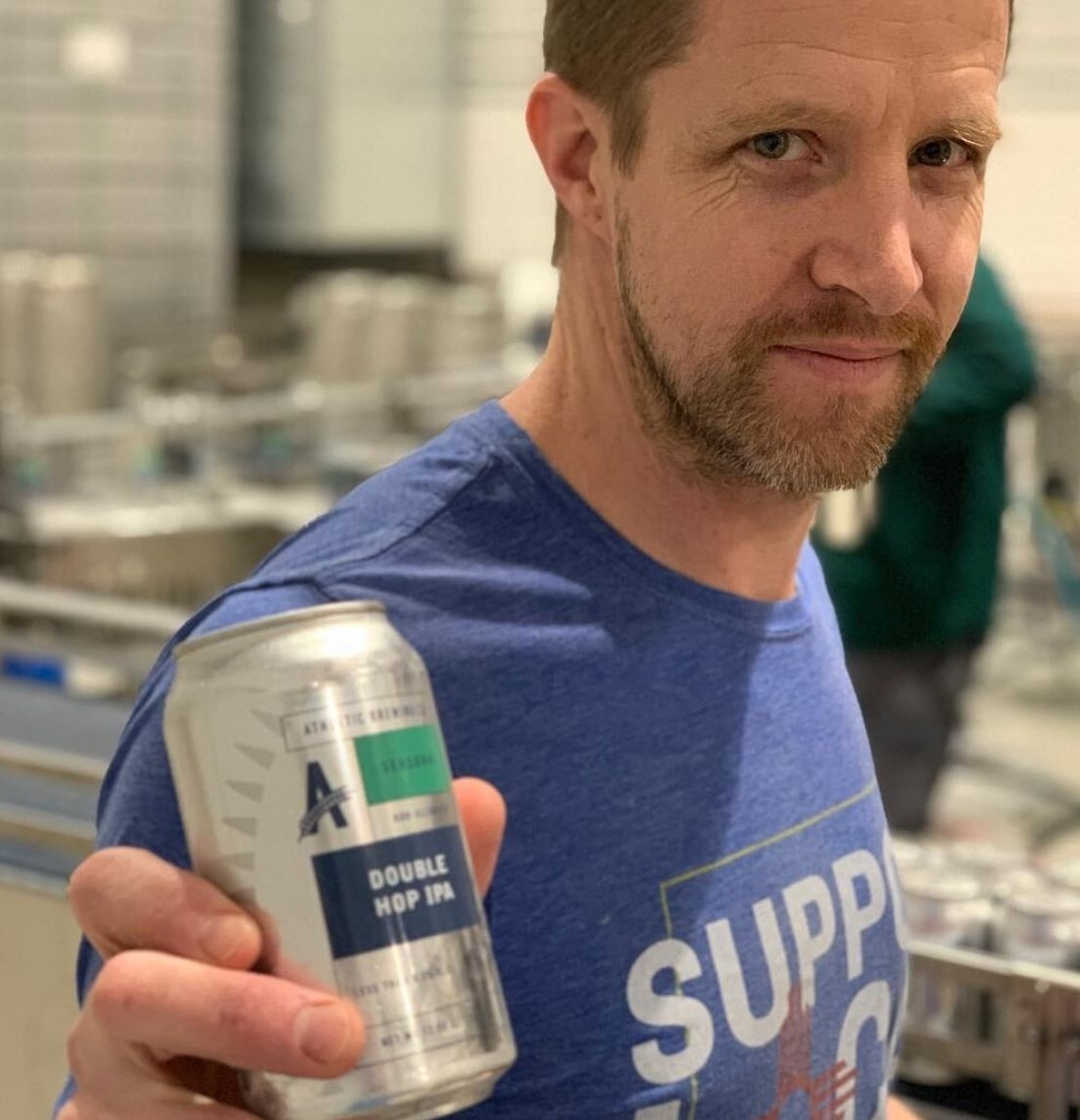 John Walker, Athletic Brewing Co.'s head brewer and co-founder, holds a can of nonalcoholic limited-edition Double Hop IPA, which sold out in 32 seconds after it was released online last week.

Partake Brewing, based in Toronto, was founded by Ted Fleming, who quit drinking because of a medical condition. On the company's website, he explains that he missed beer, "but more than that, I found that I missed the social connection that comes from sharing a drink with a colleague after a hard day's work." He writes that the stigma around traditional nonalcoholic beers was well deserved. They were lacking in taste and in variety. So, he wanted to offer new options.

Jeff Stevens, founder of WellBeing Brewing Co. in Maryland Heights, Mo. — who describes himself as a nonalcoholic — tells a similar story on his site. He writes that in a moment of clarity when he quit drinking, he realized "that booze and I were never going to have a successful relationship." But he still liked going to bars and listening to music.

In an email, Stevens told NPR that because the craft NA category is so new, people want to try all the styles — from hoppy dark-amber brews to heavier stouts. WellBeing also offers a new "sports brew" that is infused with electrolytes.

It's not clear yet, since the NA breweries are just scaling up, how much market share they can expect to win. But Athletic Brewing Co.'s Shufelt points to the expansion of nonalcoholic beers in Europe. In the U.K. and Germany, there has been rapid growth.

"I think a lot of people assume that alcohol is why they have fun drinking beer," Shufelt says. But, he adds, sometimes when people take a break, they begin to see it differently.

He says that around the time he turned 30, he began to reflect on his life. He was getting married and taking his career more seriously. He became more focused on his health and good nutrition. "I realized alcohol was so inconsistent with every element of my life," he says.

At first, he scaled back. Now, he doesn't drink alcohol at all.