Accessibility links
Fair Trade Helps Farmers, But Not Their Hired Workers : The Salt According to a new study of cocoa-producing cooperatives, Fair Trade certification boosts the income of small farmers, but those benefits aren't shared with their hired workers.

Fair Trade Helps Farmers, But Not Their Hired Workers

Fair Trade Helps Farmers, But Not Their Hired Workers 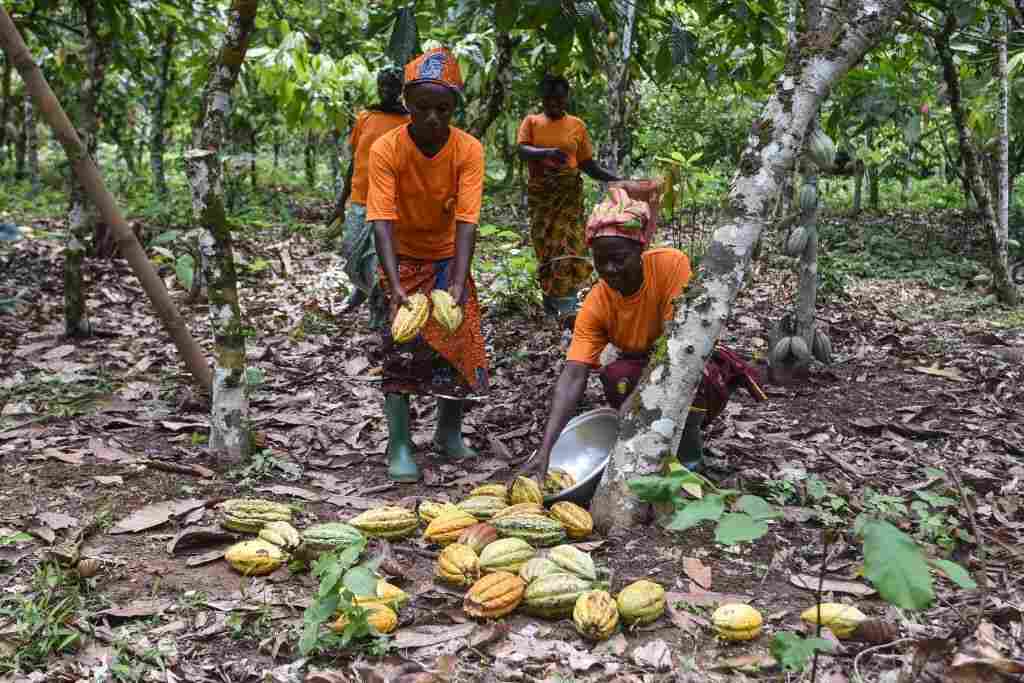 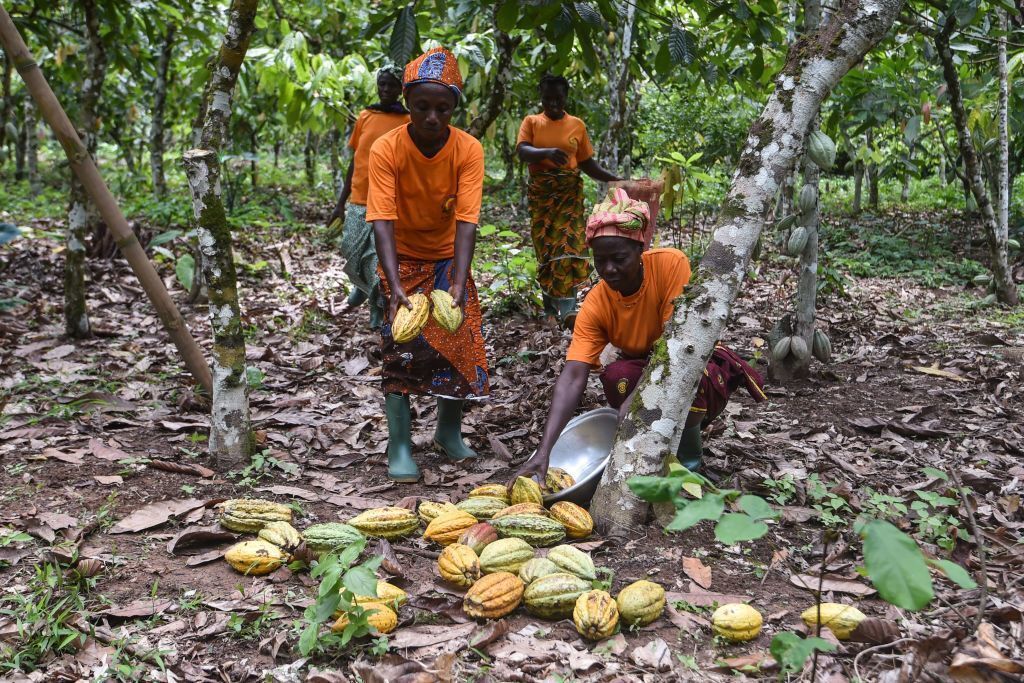 It's a disturbing question that haunts many shoppers with good intentions: What am I actually accomplishing by buying coffee or chocolate with the Fair Trade label? Does the extra money that I pay actually benefit the people who harvested those beans?

Researchers have been curious, too. They've found that, in fact, small farmers in Latin America and Africa do benefit from the minimum price that Fair Trade guarantees and the extra money it delivers to farmer cooperatives. Researchers have documented higher wages, greater participation in community decisions, and even greater gender equity.

Yet Eva Meemken, an agricultural economist currently at Cornell University, noticed a blind spot in all that research: "They mostly look at farmers. Almost nobody looks at workers" on those farms, she says.

Meemken spent several months filling in that blind spot, interviewing farmers and their hired workers in 50 different cocoa-growing cooperatives in Ivory Coast. About half of the cooperatives are Fair Trade-certified; the other half are not.

The results just appeared in the journal Nature Sustainability. Meemken found that Fair Trade-certified cooperatives paid higher wages to their member farmers, compared with the non-Fair Trade cooperatives. Those benefits did not, however, extend to hired workers. Those workers were paid the same, whether the cooperative was certified at Fair Trade or not.

"It's sad to see that there is no effect at the farmworker level," Meemken says, "because those are the poorest members of the supply chain and those with almost no power."

Most members of the cooperatives that Meemken studied hired at least a few workers year-round, and nearly all of the farms hired additional workers temporarily at harvest time. In her study, Meemken collected data on the longer-term workers. About 60 percent of farms employed such workers — an average of 2.4 workers per farm. These longer-term workers received both cash wages and a share of the harvest.

In the region of Ivory Coast where Meemken carried out her research, many of these workers are immigrants from neighboring countries like Burkina Faso or Togo. "They may not even speak the local language. They may also not speak French," she says.

Some researchers and journalists have collected evidence of child labor during the cocoa harvest, but Meemken didn't observe this in the cooperatives that she studied. The youngest worker whom she interviewed was 19. In an email to NPR, Meemken wrote that "my guess would be that it is common that the farm workers and farmers have their own children help in the field. We did see children with machetes walking from school to the cocoa fields. This may be more common than 'hiring' child laborers. But I don't have evidence for this claim."

Fair Trade USA, one of the major groups that manage Fair Trade certification, says that it is discussing ways to help workers who are hired by cooperative workers. In a statement emailed to NPR, the group said that it was upgrading its standards to require that workers "have access to personal protective equipment, housing, and drinking water of equal quality to that of the farmers themselves." When it comes to wages, the Fair Trade standard simply requires that "wages and benefits must always at least comply with legal requirements."

Meemken says that her study shows that "everyone needs to be more realistic" about what Fair Trade and other certifications can accomplish. Promising that Fair Trade will "lift everyone out of poverty," she says, "might create problems and reduce consumer trust in the long term."