Accessibility links
Could Mussels Teach Us How To Clean Up Oil Spills? : The Salt A review of "mussel-inspired chemistry" points to promising ways we can learn from mussels about how to clean up water.

Could Mussels Teach Us How To Clean Up Oil Spills?

Could Mussels Teach Us How To Clean Up Oil Spills? 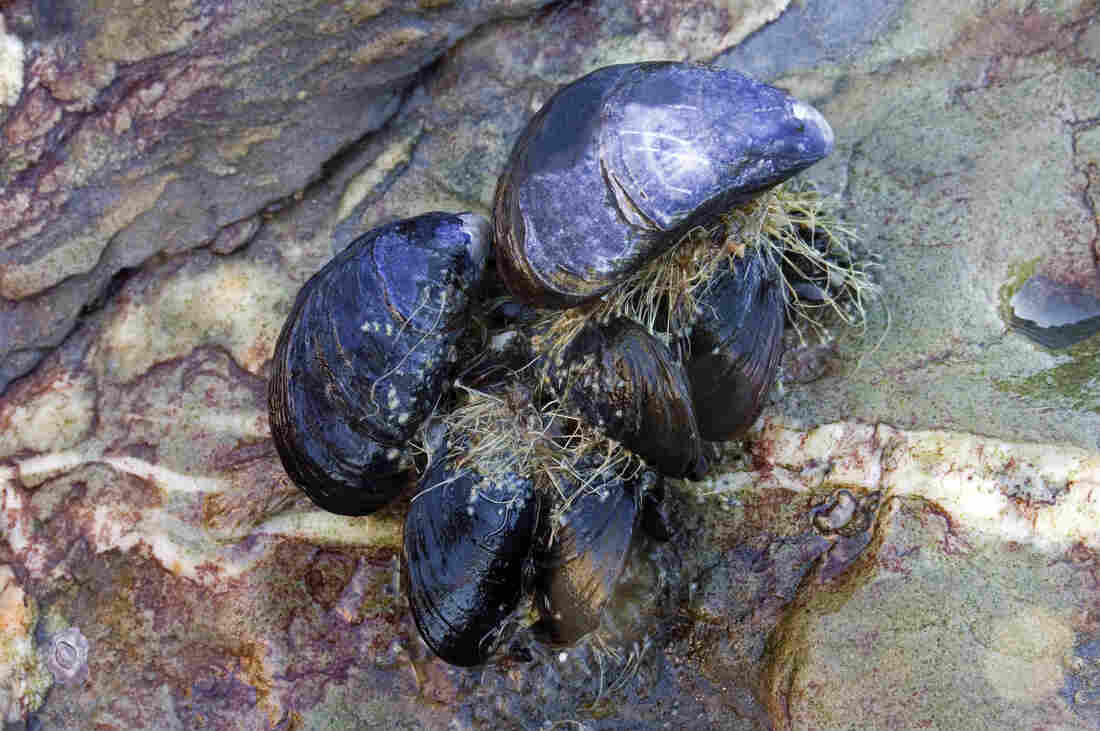 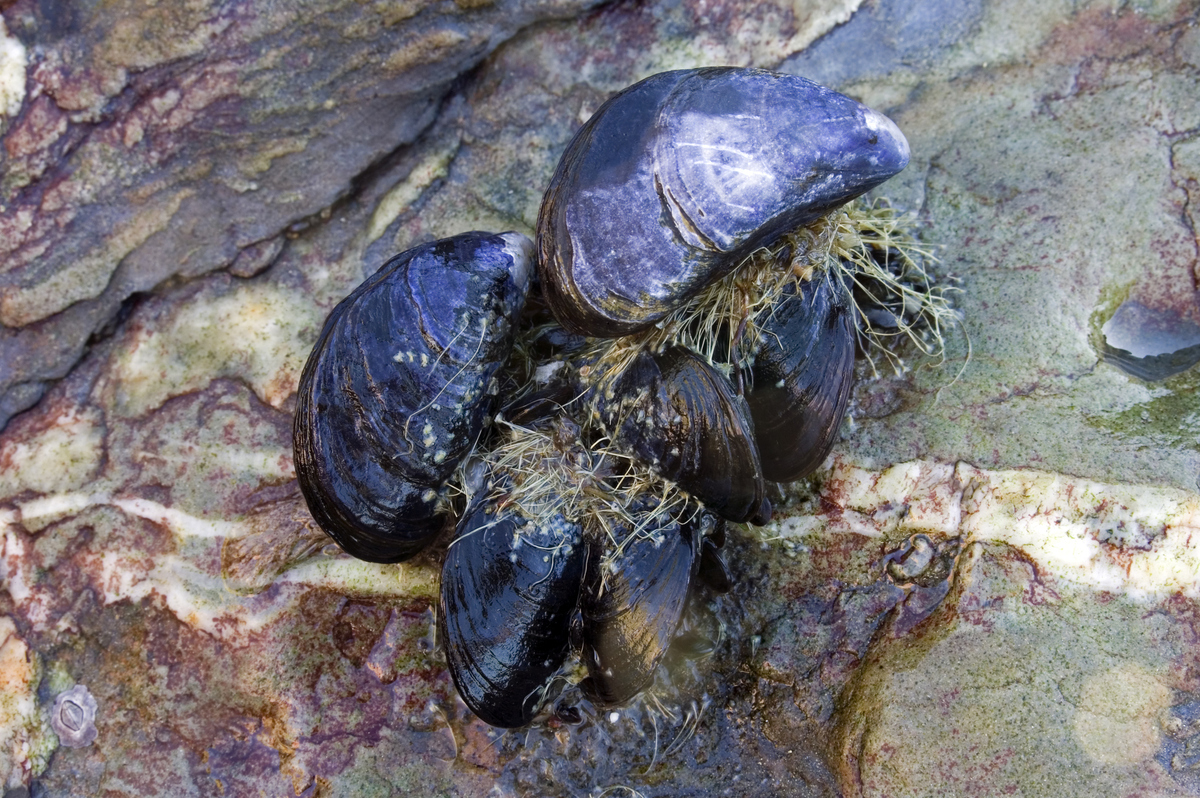 Mussels may be popular among seafood lovers, but many boaters consider them pests. They colonize ship bottoms, clog water pipes and stick to motors.

To chemical engineers, though, those very same properties make mussels marvelous. They can stick to just about any surface — and underwater, no less. The study of practical applications for mussel biology is so widespread that there's a special term for it: mussel-inspired chemistry.

And now, researchers believe that studying how mussels stick to things may help them address water pollution, according to a review of recent mussel-inspired chemistry advances, published this week in the journal Matter. While most technologies studied still aren't widely applicable, research in the area of mussel-inspired water cleanup shows great promise, the review says.

The World Economic Forum calls inadequate access to clean water one of the greatest societal risks facing the planet today. And water access will only worsen as the climate changes, populations increase and industrial production ramps up. So scientists have been trying to figure out efficient methods of cleaning water by tackling how it interacts with solid materials, like membranes and sorbents (materials that soak up oil).

Mussels' stickiness is prime study material for those interested in water cleanup. It involves a chemical interaction between substances that makes them adhere even underwater, which is usually very difficult to do, says J. Herbert Waite, a distinguished professor at the University of California, Santa Barbara, who studies the biochemistry of marine organisms.

"It's intuitive to most people that if you're trying to glue things together, you don't even try to do it underwater," Waite says. "The main reason is that water, as a molecule, likes to stick to surfaces more than — and better than — most glues." By studying how mussels are able to create stickiness beneath the sea, engineers can better understand how surfaces interact with substances amid water, and ultimately, they could create materials that may help separate water from contaminants.

Mussels' stickiness works like this: They bind to surfaces using strands called byssus threads, which stream out from their shells like wild, sticky beard hairs. Each thread contains an amino acid group called DOPA, which helps it bind well to nearly any surface underwater.

Engineers have been able to mimic the DOPA that mussels make by taking dopamine (yep, that dopamine — which plays a part in our brain's reward circuitry) and using it to synthesize a chemical called polydopamine, or PDA. And PDA can be turned into an adhesive similar to that of a mussel's byssus threads.

You can do a lot of things with water and PDA. For example, Seth Darling, a study co-author, and his colleagues explored using PDA to create an interface that repels charged particles and attracts water. This technology could help us clean up wastewater polluted with heavy metals. Other groups are working on membranes that attract oil but repel water, a technology that could be useful in addressing oil spills.

"If you put an oil-water mixture against that membrane, the oil will transmit spontaneously through the pores, and the water will stay behind," says Darling, director of the Center for Molecular Engineering at Argonne National Laboratory. (To date, this technology has been used only on small simulated oil spills, he says.)

Blair Brettmann, a chemical engineer and assistant professor at Georgia Tech who was not involved in the study, says the review points to exciting developments for water cleanup.

"There's so many things you can do with [these materials]. It's great to see them being applied [to this area]," she says. Brettmann says that she usually sees mussel-inspired materials used as medical adhesives in wet environments.

Brettmann and Darling agree that these materials must become more efficient before they're put to practical use.

Darling and his colleagues find the challenges facing mussel-inspired chemistry exciting — he says that there's so much more about mussels' stickiness to learn. For example, their adhesion might work so well because they collaborate as colonies and combine different amino acids to enhance stickiness.

"Oftentimes, Mother Nature is smarter than us, [because] she's had billions of years to come up with solutions," Darling says. "We're still learning from mussels."