Accessibility links
Medalla Light, Puerto Rico's Beer Of Choice, Is A Hit In Connecticut : The Salt Medalla is Puerto Rico's beer of choice, but it's hard to find if you're not on the island. As of last month, the beer is now in Connecticut, giving its sizable Puerto Rican community a taste of home. 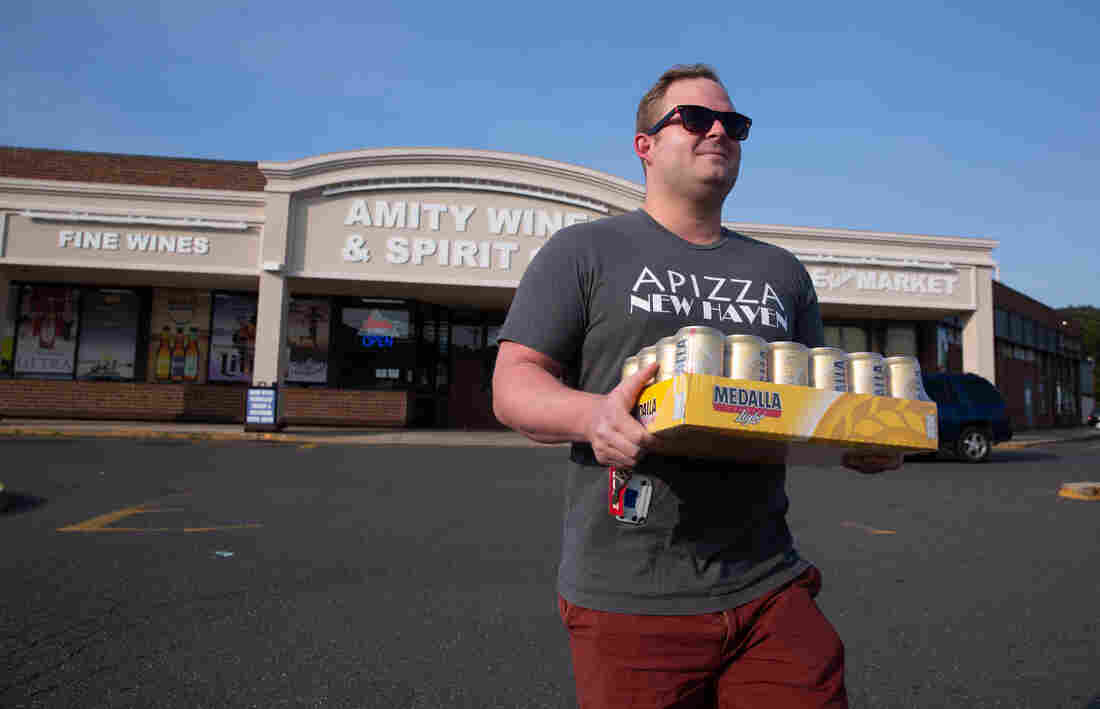 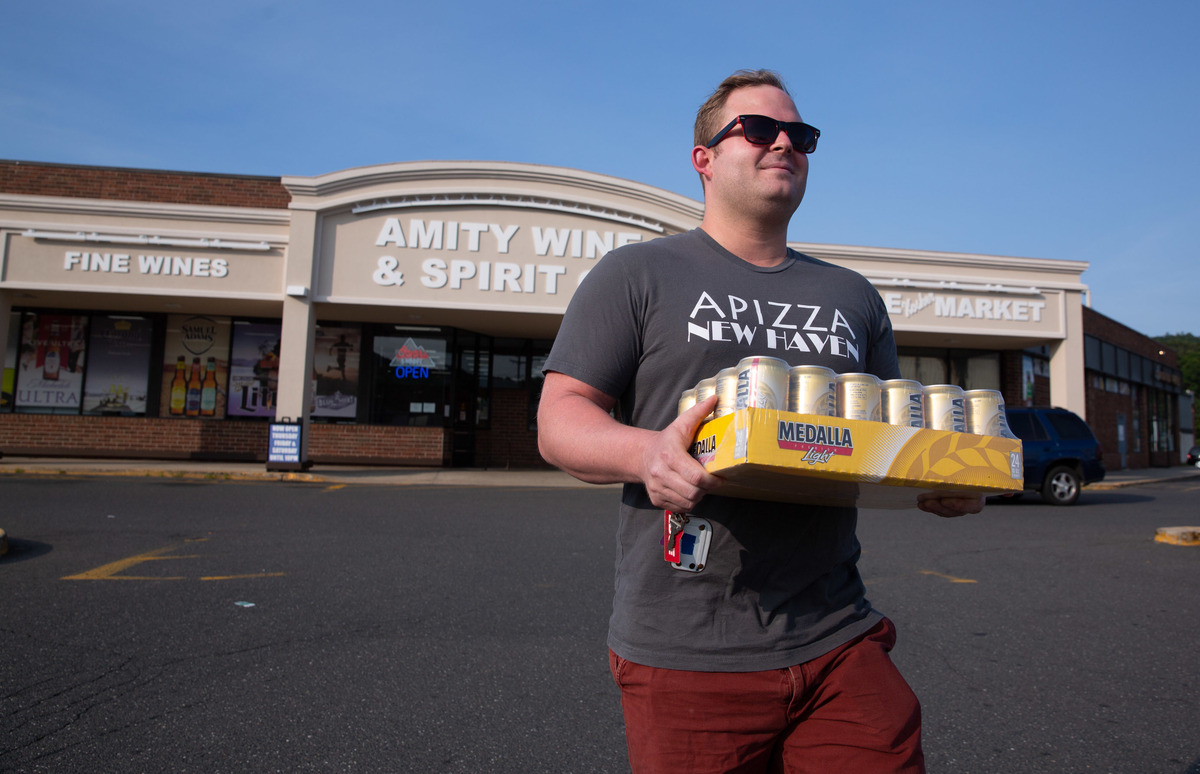 Manuel Sastre can't even believe what's about to happen. He's hot, he's covered in sweat, and he's about to walk out of this Hartford, Conn., liquor store with two six packs of ice cold Medalla Light. It's been way too long.

"Eighteen years," Sastre tells me. "I haven't been in Puerto Rico in 18 years."

Sastre says it's like "I'm back on my island."

That's because as of last month, Medalla Light, Puerto Rico's beer of choice, is finally available for sale in Connecticut – just in time for the summer heat. For many Puerto Ricans on the mainland, it's a chance to get a taste of home.

The cans are the color of a gold medallion, and they, like Sastre, are sweating. They're smaller than the average 12-ounce beer can — that's so the beer doesn't get warm before you drink it. Because, when it comes to Medalla, Sastre says there's only one way to have it. "Cold, cold, cold," he says. "Better than Coors Light, Corona, and all that stuff. [It's] the best one."

For the record, there is no such thing as regular Medalla — only Medalla Light. The beer has been around for decades in Puerto Rico. It's all over the island — from beach coolers to roadside bars. And now, it's gone global on the Billboard Hot 100. It's in the hook of "Calma" by Pedro Capó and Farruko.

But it was nearly impossible to get Medalla on the mainland until the company started selling it in Florida last year. And now it's in Connecticut, too.

"It's something I've been waiting for the last few years, and I'm so happy and proud," says William Quiros, a sales rep for Hartford Distributors, as forklift operators nearby unload a truckload of Medalla. "Me being Puerto Rican myself and having a beer that's coming from my mainland — it's just an honor to be out here."

Over 300,000 Puerto Ricans call Connecticut home. So there's always been demand for Medalla here. But Quiros says that demand grew even more after Hurricane Maria forced thousands to leave the island and come to New England.

And he says the beer is going fast. His company says sales have been double what it anticipated. He says it's all about nostalgia. "Just drinking Medalla and listening to the little music and eating the pernil and the rice and beans and you know, it's just this brings families back together," Quiros says.

"I mean it's nothing special. It's like a comparable to a Bud Light or a Busch. But it's just that piece of home that brings you back," says Adrián Rodriguez of New Haven, where I met up with him outside a liquor store. He ended up hauling out a 24-pack, stocking up for his next trip to the beach.

"I'd like to go down to the sound," he says, "and bring a case of Medalla and sit on the beach and feel like I'm home."

The beaches on Long Island Sound in Connecticut aren't exactly the same as the white sands of Puerto Rico, but Rodriguez says Medalla will make the distance between them much shorter.