Accessibility links
Mixing Alcohol And Sun? Beware, A Buzz Begets A Faster Burn : The Salt Drinking alcohol is linked to an increased risk of skin cancer. Part of the risk may be explained by the direct effect that alcohol has on antioxidant levels in the skin, which can hasten a sunburn. 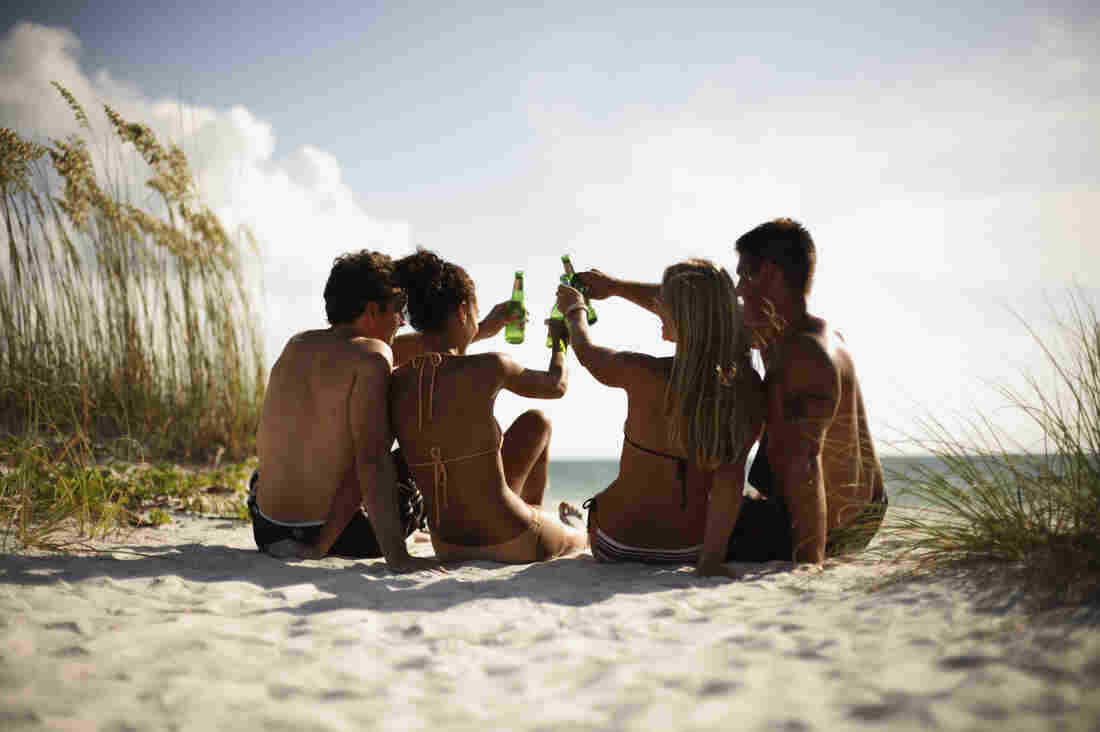 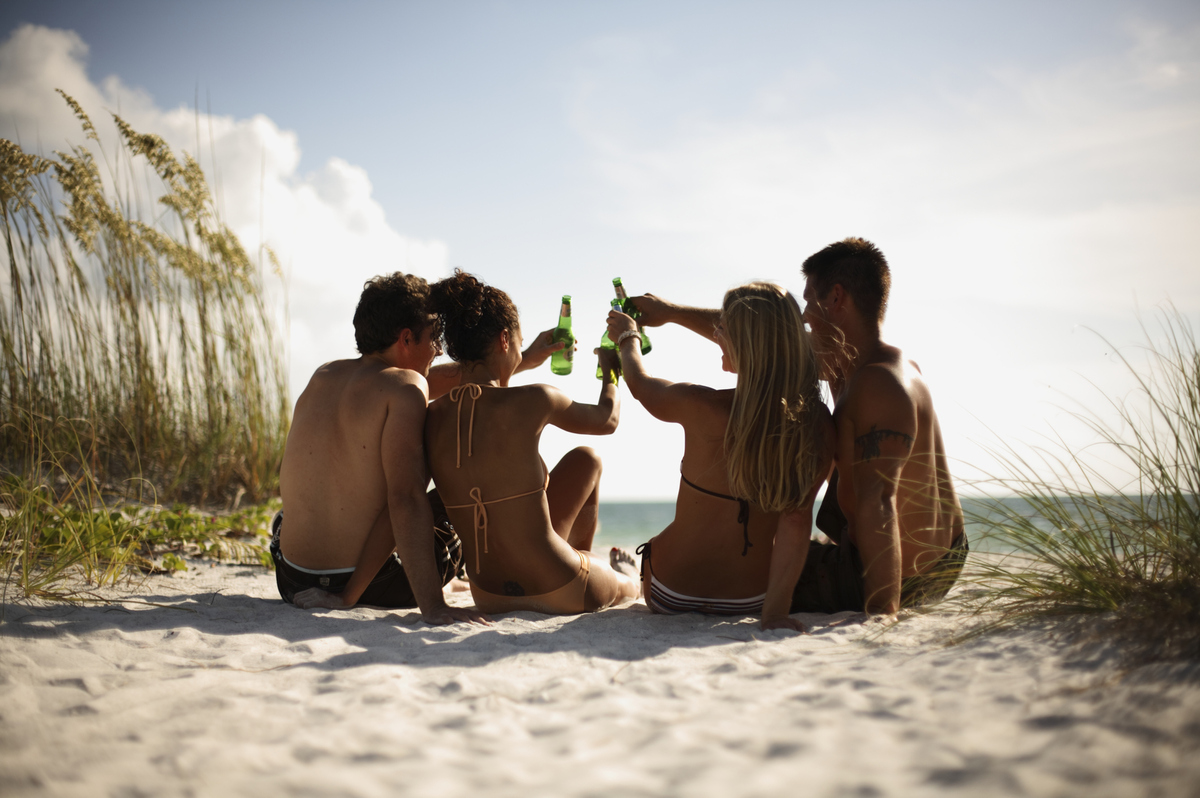 Sun exposure is the leading risk factor for developing melanoma. And there's evidence that alcohol consumption is linked to an increased risk of skin cancer, too.

Part of the explanation is that when people drink, they tend to be more lackadaisical: They're less likely to apply sunscreen and more likely to spend too much time in the sun, be it at the beach or pool. But this isn't the whole story.

"The research suggests that alcohol reduces the amount of time you can spend in the sun before you get a burn," explains Aaron White, a senior scientific adviser with the National Institute on Alcohol Abuse and Alcoholism.

He says the result is surprising "because it tells us that alcohol increases the risk of getting a sunburn — not just because people don't tend to put on sunscreen."

It's not exactly clear why this happens, but scientists have a hunch. As part of the study, the researchers measured the concentration of carotenoids in the participants' bodies. Carotenoids are the yellow, orange and red pigments that are produced by plants. When we consume carotenoids from fruits and vegetables, these pigments exert an antioxidant effect in our bodies that may help protect against the damage done by the UV light.

In the study, the men's carotenoid levels were lower after they consumed alcohol, so the researchers speculate that this decline in antioxidants may make the skin more vulnerable to the effects of the sun. Two prior studies, one from Japan and another from France, have also shown that people who consume alcohol regularly have lower concentrations of beta carotene.

The decline in antioxidants does not fully explain why drinkers appear to be at higher risk of skin cancers. "There are [likely] several explanations," says researcher Eva Negri of the University of Milan, whose research has documented that regular consumption of alcohol is linked to an increased risk of melanoma.

Researchers say alcohol may act on the body — and skin — in multiple ways and activate a chain of reactions that could make people more vulnerable to skin cancer.

This research is not new, but White says he was surprised when he stumbled upon these findings in the academic literature, because this connection between alcohol and the hastening of sunburn has not been on the radar of alcohol researchers.

More research is needed to fully understand this connection, but White says it's an important one. "The added risk of sunburn with alcohol is probably one of the contributing factors to the [higher] rates of skin cancer [among] people who drink [alcohol]."

Though all the participants in the German study were white, people with darker skin can get sunburned and are at risk of skin cancer from UV damage, too, so the concerns about drinking and sunburn apply to people of all skin colors.

And while most people have heard the message to use sunscreen, the advice to moderate alcohol consumption may help protect your skin, too.